THE LIFE AND TIMES OF THE BETA BAND

The Life and Times Of The Beta Band.

The Beta Band was formed in Edinburgh in 1996, and a year later, in July 1997 released their Champion Versions EP, which was the first of a trio of innovative EP’s the folktronica pioneers released.

In March 1998 The Beta Band released their sophomore EP The Patty Patty Sound, with Los Amigos del Beta Bandidos following in July 1997. By then, critics were starting to take notice of The Beta Band whose popularity was growing.

Nearly two years later, The Beta Band was released to widespread critical acclaim in June 1999, and everyone at Regal Records celebrated as The Beta Band reached number nineteen in the UK, However, not everyone was happy with the album.

Despite their eponymous debut album giving them a hit in the UK, Steve Mason  of The Beta Band called the album: “fucking awful” and  “it’s definitely the worst record we’ve ever made and it’s probably one of the worst records that’ll come out this year.” Steve Mason then said in an interview with NME that the album had: some terrible songs,” and they weren’t e “fully realised or fully even written. Half-written songs with jams in the middle” The Beta Band seemed determined to sabotage their career at Regal Records.

Eventually, The Beta Band decided it was time to return to the studio, and this time brought onboard British producer Colin Emmanuel, aka C-Swing, who oversaw production of what eventually became Hot Shots II.

Buoyed by the critical acclaim, Hot Shots II was released in July 2001. Hot Shots II reached number thirteen in the UK and sneaked into the US Billboard 200 at 200. It also reached fourteen in the US Heatseekers chart and eleven in the Independent album charts. The Beta Band looked on the verge of breaking into the lucrative American market. Sadly, they only produced one more album.

This was Heroes To Zeros which was The Beta Band’s swan-song. The Beta Band began demo sessions for what later became Heroes To Zeroes in September 2002. They then entered the studio with producer Tom Rothrock in 2003 and completed a number of tracks. There was a problem though.

Neither The Beta Band nor executives at Regal Records were happy with the recordings and producer Nigel Godrich was brought in to mix the album, which was finally finished in early 2004.

It was obvious that Brian Wilson of The Beach Boys was still a huge influence on The Beta Band and especially tracks like Good Vibrations and Heroes and Villain. So were albums like 20/20 and Friends. However, The Beta Band were also forging ahead with their own sound, which was intricate and multilayered. They were best qualified to produce the album and bring their new ideas to life.

To do this, The Beta Band adopted a variety of production techniques to bring out the best in what was an idiosyncratic band. No other producer would’ve been able to achieve what The Beta Band did on Heroes To Zeros.

By the time The Beta Band released Liquid Bird, as their second single from Heroes To Zeros, many critics had realised that the song was based on a sample of the Siouxsie and The Banshees’ song Painted Bird. This could’ve been an expensive mistake for The Beta Band.

Despite this mistake, The Beta Band released Out-Side, their second from Heroes To Zeroes in July 2004. When it stalled at fifty-four in the UK charts, little did critics or record buyers realise that the end was neigh for The Beta Band.

They announced their breakup on their website on the ‘2nd’ of August 2004.  Despite that, The Beta Band performed at the Summer Sundae festival and embarked upon a farewell tour which drew to close in Edinburg, at the Liquid Rooms on the ‘5th’ of December 2004. This was the end of the story for The Beta Band.

Their swan-song Heroes To Zeros was the only album that The Beta Band produced themselves, since signing to an imprint of a major label. They hadn’t been happy with their first two albums and often made their views known in the music press.

Usually, this was before the album was even released. As they made these comments, members of The Beta Band seemed to forget that they still had help promote their latest release.  Executives at Regal Records must have been left shaking their heads in exasperation. Despite the comments of the members of The Beta Band, their three albums were all commercially successful. However, the big question is how successful could The Beta Band have been if they had played the PR game, and reigned in their outspokenness, maverick tendencies and tendency to self sabotage.

Looking back, The Beta Band weren’t suited to being signed to a big label, and would’ve been better suited to a smaller indie label or even self-releasing their albums through their own label.  Maybe they would’ve enjoyed a longer career and released more that three albums, including their critically acclaimed, self-produced swan-song Heroes To Zeros?

It features the inimitable genre-melting sound of folktronica pioneers The Beta Band at the peak of their creative powers on Heroes To Zeros their self-produced swan-song where the outspoken musical mavericks realise their potential.

The Life and Times Of The Beta Band. 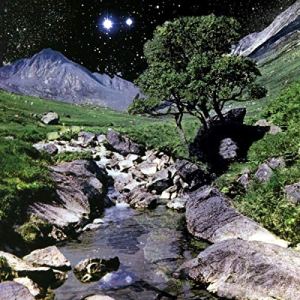 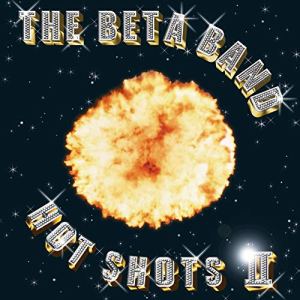 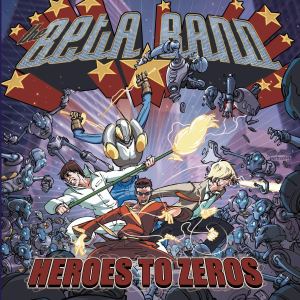