By 1970, when Wilson Pickett released Wilson Pickett In Philadelphia, his recording career was eight years old. He’d released his debut single If You Need Me in 1962, and since then, had enjoyed four number one US R&B singles. The first of these was his 1965 classic In The Midnight Hour, with 634-5789 (Soulsville USA) and Land of The 1000 Dances following in 1966. Wilson’s last number one single in the US R&B charts was 1967s Funky Broadway. Since then, Wilson had enjoyed further chart success. This success was sporadic. His music was much more popular in the US R&B Charts, that the US Billboard 100. The same was the case with Wilson Pickett’s albums Indeed, his last three albums demonstrated this.

1968s The Midnight Mover reached just number ninety-one in the US Billboard 200 and number ten in the US R&B Charts.1969s Hey Jude reached number ninety-seven in the US Billboard 200 and number fifteen in the US R&B Charts. Wilson’s first album of the seventies was Right On, released in 1970. It stalled at number 197 in the US Billboard 200 and number thirty-six in the US R&B Charts. With music changing, and changing fast, Wilson Pickett looked like ending up being left behind and becoming yesterday’s soul man. What was needed was someone to rejuvenate his career. The men chosen to do this, were Philly-based songwriter and producers Gamble and Huff. By 1970, they were establishing a reputation as the hottest songwriting and production teams. So, they were the perfect choice to produce Wilson Pickett In Philadelphia, which was the followup to the disappointing Right On. Would the Gamble and Huff produced Wilson Pickett In Philadelphia see Wilson’s career rejuvenated?

For Wilson Pickett In Philadelphia,which will be rereleased by Rhino, on 14th April2014, Gamble and Huff would contribute the tracks, Run Joey Run, Parts 1 and 2 of Get Me Back On Time, Engine Number 9 and Ain’t No Doubt About It. Bobby “Electronic” Eli and Carl Fisher cowrote Help The Needy, while Jerry Akines, Johnny Belmon, Reginald Turner and Victor Drayton penned Come Right Here and Don’t Let The Green Grass Fool You. They also wrote Bumble Bee (Sting Me) with Bunny Sigler who cowrote Days Go By with Eugene Dozier. With Bernard Broomer and Lee Phillips, Bunny and Eugene wrote International Playboy. These ten tracks became Wilson Pickett In Philadelphia, which was recorded in Joe Tarsia’s Sigma Sound Studios in Philly.

Bobby “Electronic” Eli cowrote Help The Needy with Carl Fisher. This was just the start of Bobby’s songwriting career, but demonstrates what was to come. A much more understated, emotive backdrop with Norman Harris’ jazzy guitar, Vince Montana Jr’s and lush strings combining is perfect for Wilson’s hurt-filled pleas. Providing the heartbeat are Baker, Harris, Young. Soon, Wilson’s unleashing one of his best vocals, laying bare his soul. Emotion, heartbreak and desperation fill his voice, as the arrangement grows in power and drama, proving that although music was changing and changing fast, Wilson Pickett’s music was still relevant.

A flourish of piano opens Come Right Here before gradually, the arrangement reveals its hidden depths. The pensive piano proves to be a curveball. Soon, braying horns, percussion and Norman Harris’ guitar join Wilson in ensuring the song swings. His vocal is sassy and strident, with growling horns replying to his call. Fills of Hammond organ, percussion and guitar combine, while Earl Young’s drums add the track’s confident heartbeat. Catchy and delivered with a swagger, this track swings, and then some.

Norman Harris’ guitar opens Bumble Bee (Sting Me), before percussion and Baker, Harris, Young enter. When Wilson’s vocal enters, you realize the track is struggling. This isn’t his fault. The lyrics have a real bluesy influence and sound. Regardless of how much effort and passion he delivers the lyrics with, you can’t help but feel they’re lacking. Maybe it’s just they sound dated. Wilson throws himself into the song, mixing sass and showmanship. While you can’t fault his or M.F.S.B’s performance, they’re let down by the somewhat outdated lyrics.

Don’t Let The Green Grass Fool You closes Side One of Wilson Pickett In Philadelphia. It’s the second track arranged by organist Lenny Pakula, and has a jaunty, uptempo arrangement. Baker, Harris, Young provide the track’s heartbea. Norman Harris’ guitar chimes, and is joined by percussion, while Ron Baker’s bass drives the arrangement along. When Wilson’s vocal enters, it’s a powerful and impassioned. Waves of Hammond organ, soaring harmonies and piano combine. Soon, Wilson and M.F.S.B. are kicking loose, resulting in a delicious slice of soul.

Get Me Back On Time, Engine Number 9 opens Side Two of Wilson Pickett In Philadelphia. Written by Gamble and Huff, there are two parts to the track. Ron Baker’s bass, percussion and chiming guitars provide a moody, broody and dramatic backdrop for Wilson’s vocal. As soul, funk and rocky guitars combine, Wilson delivers a heartbroken, emotive vamp. Against waves of a funky arrangement, Wilson struts confidently through the song. Hollers, yelps and rock-tinged guitars accompany him. Sometimes, it’s reminiscent of James Brown, as Wilson seeks to prove that there’s more to his music than soul.

Stabs of guitar and dramatic bursts of drums open Days Go By. Then it’s all change.  The arrangement becomes more understated, and Wilson delivers a vocal that’s filled with despair and loneliness. Strings sweep and horns growl, while piano and drums add to the drama. By now, the arrangement has grown in power and drama, matching the emotion and despair in Wilson’s vocal, which is one of his best on Wilson Pickett In Philadelphia.

International Playboy has a real sixties sound from the get-go. Stabs of piano, swathes of strings, growling horns and piano join Baker, Harris, Young in driving the arrangement along. Strings sweep and waves of Hammond organ play their part in providing the backdrop for Wilson’s vampish, sassy vocal. His vocal grows in power, confidence and passion joining his sass. Soon, this hooky, memorable track is swinging along, with Wilson and M.F.S.B. becoming one. They’re in the groove, and play their part, in this poppy slice of soul.

Ain’t No Doubt About It closes Wilson Pickett In Philadelphia. Just Ron Baker’s broody bass and growling horns set the stage for Wilson. When his heartfelt vocal takes centre-stage, it seems he’s determined to close the album on a high. Waves of horns and Hammond organ are at the heart of the arrangement. The horns dramatically kick, while Baker, Harris, Young and searing guitars provide the backdrop as Southern Soul and jazz combine seamlessly.

Gamble and Huff didn’t attempt to reinvent Wilson Pickett as an artist. What they did, was provide Wilson with quality material that suited his style. They then brought in some of the most talented musicians and arrangers in Philly. Their arrangements featured the trademark Philly horns and strings, but in a way that suited Wilson’s Southern Soul background. While Gamble and Huff gave other artists a Philly Soul makeover, this wasn’t the case with Wilson Pickett In Philadelphia. Instead, they realized that Wilson Pickett was an artist with a relatively successful track record. What he needed was the right material, where he was accompanied by a tight, talented band. M.F.S.B. were the perfect band for Wilson Pickett. They were versatile, and able to seamlessly switch between musical genres. On Wilson Pickett In Philadelphia, they fused elements of Southern Soul, Philly Soul, funk, R&B, jazz and rock. 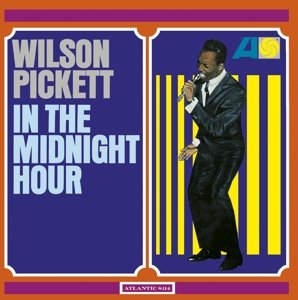 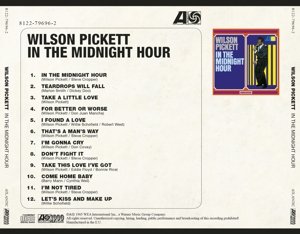