For some time, Berry Gordy Jr. had ben thinking of heading out on his own. He was fed up working for other people, and decided the time had come to form his own record company. So using the royalties he received from writing songs for Jackie Wilson, and an $800 loan from his family Berry Gordy Jr. founded Tamla Records on the January 12th 1959.

By the time Motown Record Corporation was incorporated on April 14th 1960, Barrett Strong’s Money had given Tamla Records its first hit single in August 1959. It had reached number two in the US R&B charts, and was just the start of a ten year period when Motown Records was a hit making machine.

Between 1961 and 1969, seventy-nine of the singles released by Motown reached the top ten in the US Billboard 100. It seemed Motown could do no wrong. That’s not surprising. Look at the artists signed to Motown.

This included Marvin Gaye, The Temptations, The Miracles, Junior Walker and The All Stars, Johnny Bristol, Edwin Starr, and The Fantastic Four. Each of these artists played their part in the rise and rise of Motown. Other artists included The Spinners, Frank Wilson, The Hit Pack and Sammy Ward. Each of  these artists also feature on One Track Mind-More Motown Guys, which was recently released by Kent Soul, a subsidiary of Ace Records. It’s a twenty-four track compilations, which features sixteen previously unreleased tracks. For many soul fans, One Track Mind-More Motown Guys will be a musical treasure trove.

Opening One Track Mind-More Motown Guys is Frank Wilson’s I’ll Be Satisfied. It was written by Frank with Marc Gordon, who co-produced the song with Hal Davis. Unlike most Motown recording sessions I’ll Be Satisfied was recorded in Los Angeles on 25th September 1965. Accompanying Frank were the legendary Wrecking Crew, who seamlessly recreate the sound of The Funk Brothers on this irresistible and melodic slice of stomping soul. Sadly, it was never released, and makes its debut on One Track Mind-More Motown Guys. However, Frank Wilson went on to enjoy a successful career as a songwriter and producer. He continued to record, and in 1966  released the Northern Soul classic Do I Love You (Indeed I Do).

It was in 1963 that The Spinners arrived at Motown, after Berry Gordy Jr. bought Harvey Fugua’s Tri-Phi Records. Suddenly, The Spinners found themselves on Motown Records. This however, was the start of a frustrating period for The Spinners. They only enjoyed two US R&B hit singles during a seven year period. I’ll Always Love You reached number eight in 1965 and Truly Years number sixteen in 1966. Things went from bad to worse when The Spinners first two albums failed commercially.

Neither 1967s The Original Spinners, nor 2nd Time Around charted. The Spinners only enjoyed commercial success and critical acclaim in the post-Motown years. Six consecutive albums were certified gold. Meanwhile, at Motown Berry Gordy Jr. must have wondered what went wrong?

Since then, a number of The Spinners’ Motown recordings have been released. However, there’s two tracks on One Track Mind-More Motown Guys that have never been released. Imagination Is Running Wild was produced by William Stevenson and Hank Cosby in 1966. However, there’s an almost unfinished sound to the track, as if it was work in progress for The Spinners. They neither got the chance to finish note release the track, as it was assigned to Stevie Wonder. He enjoyed a hit single with Imagination Is Running Wild. Maybe that was one that got away for The Spinners?

A year later, in September 1967, The Spinners rerecorded the lead vocal of the Johnny Bristol and William Stevenson penned Tell Me How To Forget A True Love. It was produced by Harvey Fugua and Johnny Bristol. They’re responsible for the uptempo, string-drenched arrangement where soul and funk unite. At the heart of the song’s success is a vocal that’s full of hurt and despair. Sadly, the song was never released, and it wasn’t until Thom Bell hooked up with The Spinners that success came their way. He succeeded where the Motown machine failed.

Edwin Starr recorded Eddie Holland and Norman Whitfield’s The Girl From Crosstown in May 1968. Originally, the song had been offered to Diana Ross and The Supremes. They passed on the song, and Edwin Starr was offered to chance to record The Girl From Crosstown. It was produced by Norman Whitfield, who is responsible for a tough, funky and soulful arrangement. Edwin Starr’s vocal is a mixture of power and emotion. His other to One Track Mind-More Motown Guys is quite different.

Head Over Heels In Love With You Baby was written by Ed Cobb, and recorded in L.A. with producers Hal Davis and Marc Gordon. They’re responsible for a sumptuous string-drenched arrangement, where horns and horns accompany Edwin Starr’s soul-baring vocal. The result is a song that’s although is quite unlike what Motown was releasing in 1964, could’ve given Edwin Starr a hit single. Alas, the single was never released, and only makes it debut on One Track Mind-More Motown Guys.

This alternate version of I Got Heaven Right Here On Earth was completed in December 1965. It was written by Eddie Holland, Eddie Kendricks and Norman Whitfield, who took charge of production. It’s a hook laden dance track with Eddie Kendricks on lead vocal.

Originally, I’m Here Now That You Need Me was scheduled to be recorded by J.J. Barnes. That was until he was dropped by Motown. So, The Fantastic Four got the chance to record a track that was penned and produced by James Dean and William Williamson. James Epps added an impassioned vocal to an arrangement that has Motown written all over it. All that was left was for the rest of The Fantastic Four to add harmonies. Sadly, that never happened. This doesn’t matter though. James Epps’ heart-wrenching vocal takes centre-stage, and proves truly captivating.

Three years after later, The Miracles recorded a cover of Dave Hamilton’s I’ve Gotta Find Myself (A True Love). It was produced by Clarence Paul, while Smokey Robinson delivers a slow, soulful and hopeful vocal against an arrangement that’s quite un-Motown like. Elements of blues and funk can be heard on this slow, smouldering slice of soul. Sadly, it was never released, and makes a very welcome debut on One Track Mind-More Motown Guys.

Along with The Temptations, Four Tops and The Miracles, Marvin Gaye was one of Motown’s crown jewels. So it’s fitting he features twice on One Track Mind-More Motown Guys. These two tracks show two sides to Marvin Gaye. Do You Wanna Go With Me was penned by Richard Gordy and William Stevenson, who produced the track. It’s a hopeful, uptempo dance track. The Ed Cobb penned The Touch Of Venus was recorded in L.A. on 22nd June 1964. Producers Hal Davis and Marc Gordon are responsible for the jaunty beat on this string-drenched ballad. It’s the best of the two tracks, and shows a very different side of Marvin Gaye.

Probably, the most obvious example of this is The Spinners. They spent seven long years at Motown, and all they had to show for it, was two minor US R&B hits. Motown wasn’t the label for The Spinners, and they failed to blossom at what was one of the most successful soul labels. Other artists and groups were riding the Motown wave.

Of the twenty-four tracks on One Track Mind-More Motown Guys, sixteen make their debut. This includes contributions from the great and good of Motown. Marvin Gaye, The Temptations, The Four Tops, The Miracles, Johnny Bristol, Edwin Starr, Chuck Jackson and The Fantastic Four all feature on One Track Mind-More Motown. Each of these artists played their part in the rise and rise of Motown.

Between 1961 and 1969, which One Track Mind-More Motown Guys covers, Motown Records, was a musical colossus. Seventy-nine of the singles released by Motown reached the top ten in the US Billboard 100. It seemed Motown could do no wrong. They were one of the most successful record labels on both sides of the Atlantic. However, the party was almost over for Motown.

As the seventies dawned, other labels usurped Motown at soul’s top table. Philadelphia International Records, Atlantic Records and Hi Records were home to some of the biggest names in soul. Motown was left with Marvin Gaye, Stevie Wonder, The Temptations and Diana Ross. While these artists would bring commercial success and critical acclaim Motown’s way, it never reached the same heights during the seventies. As a result, One Track Mind-More Motown Guys is another poignant reminder of Motown Records’ glory days, when seemingly, Motown could do no wrong.

For either anyone interested in soul music, or Motown Records, then One Track Mind-More Motown Guys will be a must have. It’s crammed full of rarities, musical treasure and the ones that got away. 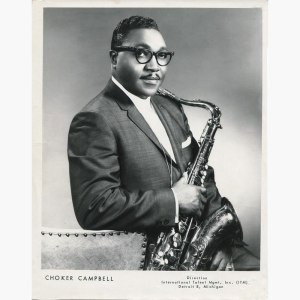 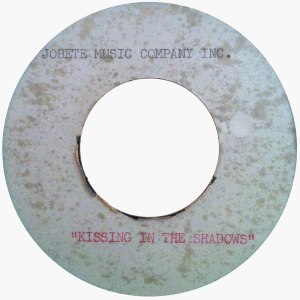