Ever since Minnesota born composer and guitarist Steve Tibbetts signed to ECM Records in 1981, the  pioneer of sound-forming has only released nine albums for Manfred Eicher’s Munich-based label. These albums document the career of a musical innovator who was introduced to music at an early age.

Steve Tibbetts was born in Madison, Wisconsin, in 1954, and growing up, was introduced to the music  of the Kingston Trio, Pete Seeger and Johnny Winter by his father, who worked at the University of Wisconsin School for Workers and also taught labour law around the state. Sometimes, Steve Tibbetts’ father invited anything up to twenty union workers and organisers to the family home, where they would eat, and later, would enjoy an impromptu jam session. Initially, Steve Tibbetts would watch as his father and his friends played an assortment of instruments, including autoharps, banjos, flutes, guitars, psalteries and recorders. Before long, Steve Tibbetts found the confidence to standup and take part in the musical evenings, which were good practise for the future.

By 1975, Steve Tibbetts was a student at Macalester College, and spent much of his time listening to music with friends in his dorm. Days were whiled away smoking and listening to everything from John Coltrane and Pharaoh Sanders, to Mountain, and sometimes,  Paul McCartney and Todd Rundgren. When Steve Tibbetts heard an album that was recorded solely by Todd Rundgren, he believed  that he could record a similar type of album. Usually, that would’ve been easier said than done.

Having completed his eponymous debut album, Steve Tibbetts was released in 1977 on the Cuneiform label. By then, one of the tracks on Steve Tibbetts, Jungle Rhythm, was being used by the ice hockey team the Bay Area Bombers. There was even  a rumour that Clive Davis at Arista was interested in signing Steve Tibbetts, and he spent the best part of two weeks waiting for the phone to ring. Despite that disappointment, Steve Tibbetts sold enough copies of his debut album that he was able to but an eight-track tape recorder and set up his own recording studio.

In his new recording studio, Steve Tibbetts recorded his sophomore album Yr on his new eight-track tape recorder, and once the album was completed, he began shopping the album to record labels. This proved a thankless task, as Steve Tibbetts the rejection letters dropped through his letterbox. Eventually, they numbered 200, and it wasn’t until 1980 that Frammis released  Yr, which was heard by one of the most influential men in European jazz and experimental music. 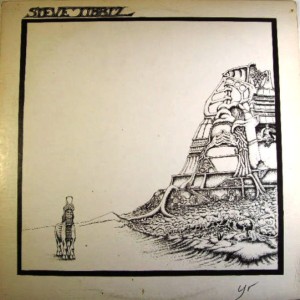 This was Manfred Eicher, the founder of the Munich-based label ECM Records, who spotted Steve Tibbetts’ potential and signed him in 1981. Since then, ECM Records has been home to Steve Tibbetts, who continued to pioneer sound-forming on his major label debut.

Already, Steve Tibbetts  had realised that it was possible to use the recording studio itself as a tool for creating sounds, and this was something that he would pioneer during his career. However, having signed to ECM Records in 1981, he was soon in the studio with Manfred Eicher, who took charge of production.

Previously, Steve Tibbetts had spent a great deal of time recording his first two albums, but that wasn’t the way that ECM Records’ founder and in-house producer worked. He was used to working  quickly, and recording albums over a two or three days. This way of recording worked for most of the artists signed to ECM Records and the label had released many critically acclaimed albums. However, when Steve Tibbetts’ third album and ECM Records’ debut Northern Song was released in 1982, the reviews of what was an adventurous, ambitious and thoughtful album were scathing and critics were far from impressed by the album. For Steve Tibbetts and Manfred Eicher who produced Northern Song, this was a huge blow. 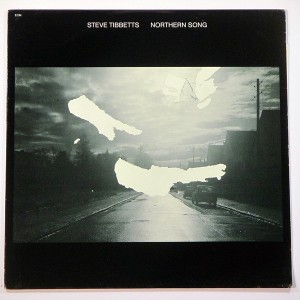 Two years later, in 1984, multi-instrumentalist Steve Tibbetts returned with his fourth album Safe Journey. By then, he had returned to his tried and tested way of recording an album, and had spent months recording Safe Journey, which was released to critical acclaim and was the most eclectic album of his career. It featured elements of folk, jazz, modern classical, psychedelia,  rock and world music which were combined to create an ambitious and innovative album. Safe Journey was the album that launched Steve Tibbetts’ career at ECM Records.

When Steve Tibbetts recorded his fifth album Exploded View, he was  once again joined by percussionist Marc Anderson, who had played on every album since Northern Song. Marc Anderson’s percussion played an important role in the sound and success of Exploded View, which was released in 1986,  and was another eclectic and melodic album, which has been inspired by African, Indian and Moroccan rhythms, and to some extent, the psychedelic and progressive music of the late-sixties and seventies. However, stealing the show was Steve Tibbetts delivers a series of explosive and inventive performances on guitar during this carefully crafted album of soundscapes. It was released to critical acclaim and further enhanced Steve Tibbetts’ reputation. 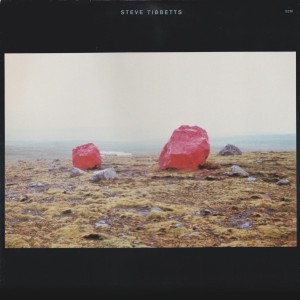 So did the reissue of Steve Tibbetts’ ECM Records’ debut Northern Song in 1988, which resulted in the album being reappraised by critics. Not for the first time, critics rewrote history, after realising that Northern Song was an ambitious and groundbreaking release  that showcased a pioneering musician as he embarked upon his career. Seven years later, and Steve Tibbetts was about to release his sixth album, and fourth for ECM Records, Big Map Idea.

Despite his star being in the ascendancy, Steve Tibbetts seemed in no hurry to release a new album, and his sixth album Big Map Idea wasn’t released until 1989. It was worth the wait and featured a myriad of exotic and ethnic instruments that play their part in an intriguing, mysterious and to some extent, mystical  album that is full of twists and turns, as the music on Big Map Idea ebbs and flows, and gradually reveals its secrets. Critics hailed the album as a welcome addition to Steve Tibbetts’ burgeoning discography

The Fall Of Us All .

The next addition to Steve Tibbetts’ discography was The Fall Of Us All, which was released in 1994, five years after Big Map Idea. By then, Steve Tibbetts continued to explore and pioneer sound forming and used the recording studio as an instrument as he continued to create ambitious and innovative music.

Proof of that was The Fall Of Us All, which was another eclectic album that veered between explosive, urgent, uplifting and spiritual as Steve Tibbetts fused elements of Arabian music, art-pop, Eastern sounds, modal jazz, psychedelia, rock and even rock ’n’ roll. The Fall Of Us All was released to widespread critical acclaim and hailed as one of Steve Tibbetts’ finest hours.

Following the success of The Fall Of Us, Steve Tibbetts wasn’t tempted to rush release a new solo album and decided to spend the next few years collaborating with other artists. This  included recording a new album with Nepalese Buddhist nun Ani Choying Drolma. In 1997, Steve Tibbetts and Ani Choying Drolma they released their first collaboration Chö, which was well received by critics.

A Man About A Horse.

Two years after releasing his eighth solo album, Steve Tibbetts and Nepalese Buddhist nun Ani Choying Drolma returned in 2004 with their sophomore album Selwa, which was the followup to their 1997 album Chö. Selwa was an almost flawless collaboration where Eastern and Western music combines seamlessly. It was without doubt,  the finest collaboration of Steve Tibbetts’ twenty-seven year career.

After the release of Selwa, Steve Tibbetts didn’t seem in a hurry to release a new album, and preferred to work slowly, as he honed and perfected another ambitious and innovative album. Steve Tibbetts remembered recording Northern Song, which had been in a matter of days, and the scathing reviews were a reminder of the album. That taught him an important lesson, and since then, he worked at his own speed and did things his own way.

That was the case when he recorded Natural Causes with his friend Marc Anderson during 2008. In 2010, Steve Tibbetts released his  ninth album Natural Causes, which was his first solo album in eight years, and was very different from previous albums. Steve Tibbetts had switched to his father’s Martin D-12-20 12-string acoustic guitar on Natural Causes, which was recorded when he was rethinking his approach to music. This resulted in him studying Bach, Bartók and music theory on a daily basis as he tried to improve himself as a musician.

This paid off, and Natural Causes was released to widespread  critical acclaim. Just like his previous albums for ECM Records, Steve Tibbetts was joined by Marc Anderson and they deployed an eclectic array of exotic instruments that accompanied the Martin D-12-20 12-string acoustic guitar. The resulting album, Natural Causes, featured enchanting and captivating multilayered soundscapes that were full of Eastern sounds and was another welcome addition to his discography.

For his tenth solo album Life Of, Steve Tibbetts composed thirteen new soundscapes which he decided to record in St. Paul, which was where he had recorded so many of his previous albums. This time, though, it was just a small band that would accompany as he recorded Life Of.

Although Steve Tibbetts is a talented multi-instrumentalist, he decided that he would only play piano and his father’s fifty year old Martin D-12-20 12-string acoustic guitar, that had served him so well on Natural Causes during the recording of Life Of. Joining Steve Tibbetts, was his old friend and percussionist Marc Anderson, who had played on every solo album he had released for ECM Records. The only other musician that joined Steve Tibbetts and Marc Anderson was cellist Michelle Kinney also adds the drones that feature on Life Of. Together, the three musicians began recording what was Steve Tibbetts’ tenth solo album, Life Of which was then mixed at his old alma mater Macalester College. Gradually, Life Of took shape, and was released in May 2018.

They veer between melancholy to meditative and ruminative as the music invites reflection. Other times, the music is broody and moody, or dark and dramatic, while other dreamscapes are cinematic, hopeful, melodic and rich in imagery as Steve Tibbetts  and his band paint pictures during Life Of which is a powerful and poignant album that is almost flawless.

Just like Steve Tibbetts’ previous albums, Life Of is a captivating and rewarding album from a musical pioneer whose enjoyed a long and illustrious recording career that has lasted five decades including the ECM Records years.