Enigmatic. That was the perfect word to describe synth funk pioneer, William Onyeabor who died on January 16th 2017 aged just seventy. Nigerian music lost a musical pioneer. However, William Onyeabor was, without doubt, one of the most mysterious and elusive musicians in musical history. There’s a good reason for this, Much of William Onyeabor’s life was shrouded in mystery. After releasing eight albums between 1978 and 1985, William Onyeabor became a born-again Christian. He turned his back on music and refused to talk about his life or music. In some ways, this  helped perpetuate the myths surrounding William Onyeabor.

With William Onyeabor refusing to discuss his past, numerous rumours surrounded his life after music. Rumours were rife about what happened next. Some believe William studied cinematography in the Soviet Union, then returned to Nigeria, where he founded his own film company, Wilfilms. Then there’s the rumour that William studied law in England, then became a lawyer in his native Nigeria. Others believe William became a businessman in Nigeria. According to other people, William worked for the Nigerian government. No-one can say with any degree of certainty. The only person who knew what happened next, was William Onyeabor.

Soon, William was hooked. Music began to play a bigger part in his life. Before long, he realised listening to music was one thing. He wanted to make music. So he decided it was tine to learn how to play an instrument. It’s thought that the first instrument William learnt to play were keyboards. That was his musical weapon of choice. Before long, it became apparent that William Onyeabor was a talented musicians. Some people thought that when William Onyeabor left school, he would make a living out of music. They were in for a surprise.

When William was a teenager and ready to leave high school, it’s thought he was awarded a scholarship to study cinematography in the old Soviet Union. That may, however, be one of the myths surrounding William Onyeabor.

Anyone who has a copy of William Onyeabor’s 1977 debut album, Crashes in Love, will see he is described as an American and French trained filmmaker on the back cover. Crashes In Love is allegedly the soundtrack to the film of the same name. It’s meant to have been made by William’s own film company Winfilms. That however, is another of the controversies surrounding William Onyeabor.

On his return to his native Nigeria, William Onyeabor founded his own film company, Winfilms. Between 1977 and 1985, when William’s career was at its height, people speculated whether Winfilms released any films? It was known if Winfilms had even released a film? Since then, efforts have been made to trace whether Winfilms released any films. There has been no trace of Winfilms releasing any films. That includes Crashes in Love. It’s billed as “a tragedy of how an African princess rejects the love that money buys.” However, another company William Onyeabor founded was more active and successful.

Crashes In Love was released in 1978 on Wilfims Records. This was supposedly a soundtrack album. However, no trace of the film Crashes In Love has ever been traced. That’s not the only mystery surrounding William Onyeabor’s debut album Crashes In Love.

Seemingly, there are two versions of Crashes In Love in existence. There’s what’s known as the electronic version. It’s essentially a remix album. The four songs have added drumbeats. Then there’s the original version. 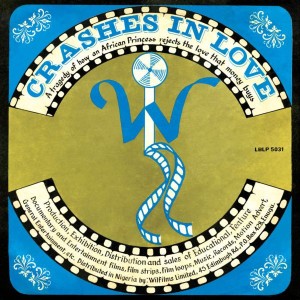 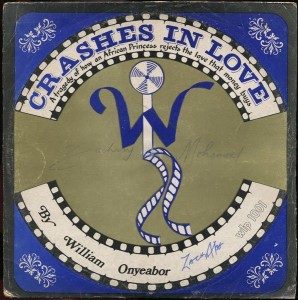 Atomic Bomb is one of those albums where there’s no weak tracks. It just oozes quality. From Beautiful Baby to the defiant, social comment of Better Change Your Mind and Atomic Bomb, William Onyeabor unleashes a series of musical tour de forces. They’re just three reasons why William Onyeabor would be hailed as one of the most innovative musicians with Nigeria in the late seventies. So is the understated, spacey lo-fi funk of Shame and I Need You All Life.

For the recording of his third album Tomorrow, William Onyeabor headed to the familiar surroundings of Wilfilms Studios Limited, Awakunanaw, Enugu. William had written another five tracks. They would feature what was his trademark sound.

Essentially, this was funk and soul fused with a pulsating Afro-beat beat. Sometimes, the female backing vocal took the music in the direction of gospel music. Especially when they sung call and response with William. The music was joyous and irresistible. What made William Onyeabor’s music stand out, were the banks of synthesisers. This was very different from most of the music coming out of Nigeria.

William it seemed, was determined to stand out musically. Tomorrow and Fantastic Man are proof of this. This is Why Go To War, one of many ant-war songs William recorded. His music had a social conscience. It was also evolving with each album. There was no chance of William Onyeabor standing still. That wasn’t his style. He was determined his music would continue to evolve. That would be the case as a new decade dawned. 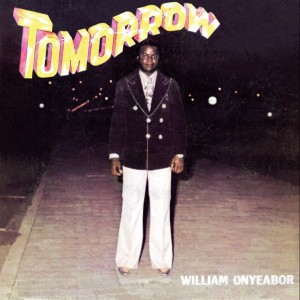 For the cover of Body and Soul, William Onyeabor dawns a while suit and bow tie. This makes him resemble Lou Rawls. So when you drop the needle on The Way To Win Your Love, you’re expecting a slice of the smoothest soul. You’re in for a shock. It’s all beeps, squeaks from the music and sound-effects department of Wilfilms Ltd. Add to this stabs of horns and hissing hi-hats. After that, soul, funk and Afro-beat melt into one. This is the case right Poor Boy, Body and Soul and Believe In God, which provides a clue to William Onyeabor’s future.

By 1981, when he released Great Lover, William Onyeabor wasn’t exactly a giant of Nigerian music. He was enjoying a modicum of success. However, he wasn’t one of Nigerian’s most successful musical exports. So it’s no wonder rumours continued to surround this mystery man. However, one thing wasn’t in doubt, William Onyeabor’s talent.

That’s apparent on the genre-hopping Great Lover. Elements of Afro-beat, Afro-Cuban, funk and soul melt into one during this concept album. Just like his previous albums, William Onyeabor is determined to innovate. He manages to do that on an album that’s soulful, funky and tinged with the influences of three continents.

In 1982, William Onyeabor was ready to release his sixth album, Hypertension. It marked a change of direction from the man they called a musical chameleon, William Onyeabor. He fused Afro-beat, funk, psychedelia, rock and even a hint of soul. This musical melange also so songs of praise and protest songs sit side-by-side. Hypertension was William Onyeabor his eclectic best. 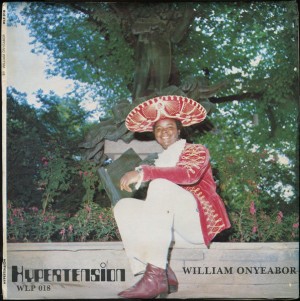 Little did anyone realise it, but 1983s Good Name would be the penultimate album William Onyeabor released. Good Name is a truly compelling album. Although it only features two tracks, where elements of Afro-beat, electronica and funk are fuses, these two tracks speak volumes.

On side one, William almost dawns the role of a preacher. The message he preaches is about Love. That he believes leads to peace, harmony and happiness. Then on side two, Williams sings about the importance of good name. It he believes is better than silver and gold. William reinforces this message by singing: “no money, no money, no money, Nn money can buy good Name.” Looking back, this could be seen as the beginning of a change in William Onyeabor. Maybe this was the start of William Onyeabor turning his back on music? 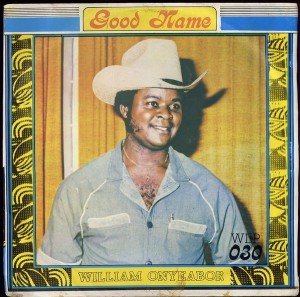 If Good Name gave a hint of what was about to happen, Anything You Sow spelt it out in large letters. Given the title, Anything You Sow, it looks as if William was changing. Maybe he was on the verge of a spiritual awakening and was questioning the world around him? This would explain songs like When The Going Is Smooth and Good, This Kind Of World, Anything You Sow and Everyday?

A fusion of Afro-beat, funk and soul, the changes in William’s life didn’t affect the quality of music on Anything You Sow. William was continuing to push musical boundaries. He was determined, maybe even fearful of releasing music that didn’t evolve. There was no chance of that. Similarly, there was no hint of what was about to happen next. 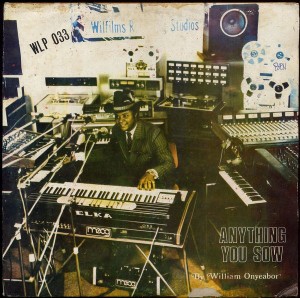 Their services were listed as “recording and  record manufacturing industry. Music, video and film producers.”  They also had within their portfolio of business interests an office, factory and recording studios within the Wilfilms Complex. To the onlooker, it looked like William Onyeabor was on his way to building a business empire on the back of his recording career.

After the release of Anything You Sow in 1985,  William Onyeabor turned his back on music. He became a born-again Christian. Since then, he has refused to discuss his music or his past. Both his musical career and his past are another country.  Since then, rumours, myths and speculation have surrounded William Onyeabor.

After his death, it has been claimed that William Onyeabor being awarded West African Industrialist of the Year in 1987. It’s also been claimed that at that when William Onyeabor was at peak of his popularity, he was given the honorary title of Justice Of The Peace. Further claims include that he was president of Enugu’s branch of the Musician’s Union, and the chairman of Enugu Rangers his local football team. However, like other parts of William Onyeabor’s life it’s hard to substantiate fact from fiction.

Over a seven-year period, William Onyeabor released eight innovative and inventive, groundbreaking, genre-melting albums. On each of these albums, was music that was way ahead of the musical curve. Everything from Afro-beat, cosmic funk, gospel, jazz, post-disco, proto-house, psychedelia, reggae, rock and soul was thrown into the melting pot by William Onyeabor. The music was the work of  a musical visionary. That’s no exaggeration.

After all, how many people could successfully mix sci-fi synths with soul and jazz? William Onyeabor could, and does on Let’s Fall In Love. Then on Fantastic Man, William like a mystic, foresaw the changing of the musical guard. The ghost of disco passes the musical baton to Chicago house. This fusion of post-disco and proto-house demonstrates the versatility of William Onyeabor.

Indeed, William Onyeabor’s music evolves throughout the period between William released his 1978 debut album Crash In Love and 1983s Good Name. Whilst other artists were churning out albums of similar music, William was pushing musical boundaries. He wasn’t content to stand still. His nine albums are proof of this.

From 1980 onwards, his music evolved. It became much more reliant on synths, keyboards and drum machines. Sometimes, it’s best described as futuristic, with a sci-fi sound. An example of this is Let’s Fall In Love, from his 1983 album Good Name. Buzzing, sci-fi synths are key to the track’s futuristic sound. To this inventive track, somehow, William welds soul and jazz. It’s a combination that shouldn’t work, but does. In a way, it’s just one example of the genius of William Onyeabor, which was lost to music after his 1985 album Anything You Sow. 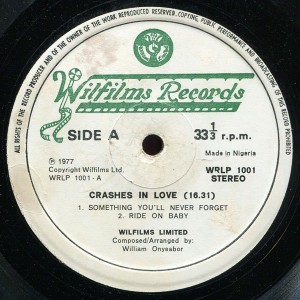 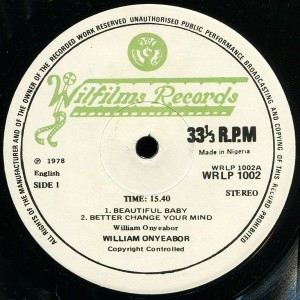