It was in 1964 that Don Van Vliet first dawned his Captain Beefheart persona. By then, Don was already twenty-three and had led an eventful life. He had been called a child prodigy, attended art school, sold vacuum cleaners and for the last two years, been a member of Alex Snouffer’s Magic Band. His story began in Glendale, California in 1941.

That’s where the future Captain Beefheart, was born Don Glen Vliet on January 15th 1941. By the time Don was three, he was already sculpting and his speciality was animals. So, it’s no surprised that when Don was nine, he won a children’s sculpting competition organised by Los Angeles zoo. This was just the start of Don’s artistic career.

During the fifties Don worked as an apprentice with Rodrigues who spoke in glowing terms about Don, referring to his as a child prodigy. He wasn’t wrong.

Growing up, all Don wanted to do was sculpt. Sometimes, he was so busy sculpting, that Don forgot to eat. All that mattered was his art. Don it seemed, was aiming for artistic perfection. So, when he was offered several scholarships, it seemed that Don would jump at the opportunity.

It was also where Don’s eclectic musical taste developed. Blues and jazz were favourites of Dons, including Son House, Howlin’ Wolf, Muddy Walters, John Coltrane, Thelonious Monk and Ornette Coleman. Soon, Don was spending all day listening to music and sculpting. However, sometimes, Don spent time socialising with members of local bands The Omens and The Blackouts. Mostly though, art dominated Don’s life.

So much so, that Don wasn’t a regular attendee at Antelope Valley High School, in Lancaster. That didn’t seem to matter, as he was a gifted student. After high school, Don attended Antelope Valley Junior College as an art major. A year later, Don quit and got a job selling vacuum cleaners. Again, this didn’t last long, and Don got a job managing a shoe shop. After a while, Don quit and headed to Rancho Cucamonga, California, where once again, he hooked up with Frank Zappa, on old school friend.

With Frank Zappa’s help, Don was confident enough to take to the stage, imitating Howlin’ Wolf and playing the harmonica. What became apparent, was that Don had a wide vocal range. This would prove useful when his career began in 1962.

Just a year later, Captain Beefheart and His Magic Band signed to A&M Records. Little did anyone realise that that day, the career of one of the most innovative artists began.

Safe As Milk, Captain Beefheart and His Magic Band’s debut album, was released in September 1967. It was produced by Richard Perry and Bob Krasnow and featured an all-star cast. This included Ry Cooder and Taj Mahal of Rising Sons plus guitarist Russ Titelman. They played their part in a groundbreaking album, Safe As Milk.

On hearing Safe As Milk, critics realised this was unlike anything they’d heard before. It was an innovative and experimental, genre-melting album. Captain Beefheart’s love of the delta blues was evident on Safe As Milk. There’s even a cover of Robert Pete Williams’ Grown So Ugly. It was arranged by Ry Cooder. The other eleven tracks on Safe As Milk are original tracks, which Captain Beefheart either wrote or cowrote.

These tracks feature lyrics that veer between surreal and absurd. Another difference was the time signatures. This wasn’t an album of music in a 4/4 time signature. Instead, different time signatures feature throughout Safe As Milk, which critics hailed a classic. However, despite this, neither record buyers nor Buddah Records agreed. 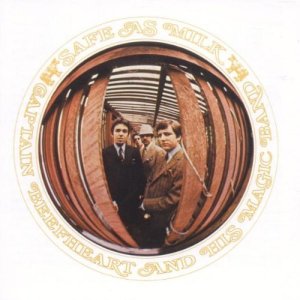 However, by then, Buddah Records had decided that Captain Beefheart and His Magic Band’s music was too leftfield and unorthodox. So, they decided not to release Strictly Personal.

Luckily, Bob Krasnow’s Blue Thumb Records were wiling to release Captain Beefheart and His Magic Band’s sophomore album Strictly Personal. However, there was a problem.

Trout Mask Replica was released on Straight Records on June 16th 1969. It failed to chart in America, but reached number twenty-one in Britain. Just like Safe As Milk, Trout Mask Replica was another classic album from Captain Beefheart and His Magic Band. Elements of Americana, avant-garde, blues, classical, experimental, folk, free jazz, psychedelia, rock and surrealism melted into one on Trout Mask Replica. The lyrics were cerebral and controversial, dealing with politics, religion, love, sexuality, the Holocaust, conformity, the environment and musical history. It was an ambitious, far reaching and genre-melting opus. Sadly, only music critics, cultural commentators and a few discerning music lovers realised the importance of Trout Mask Replica. It’s now regarded as one of the most important albums of the late sixties. Captain Beefheart and His Magic Band saw the sixties close with a classic. What, however, would the seventies bring for Captain Beefheart and His Magic Band? 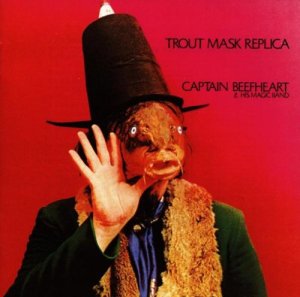 Lick My Decals Off, Baby.

As the seventies dawned, a frustrated Captain Beefheart and His Magic Band returned to the studio. This frustration gave Captain Beefheart the inspiration for his fourth album’s title, Lick My Decals Off, Baby.

Captain Beefheart was a man on a mission. That mission was to to get rid of “labels”. Instead, he wanted people to evaluate things, including music, according to its merits, rather than according to superficial labels or “decals.” This was admirable. After all, Captain Beefheart had been a victim of labels. Trout Mask Replica was in some quarters, labelled an avant-garde album. Conservative record buyers recoiled in horror, rather than giving an innovative album an opportunity. Maybe after Lick My Decals Off, Baby, things would change.

On Lick My Decals Off, Baby’s release, in December 1970, critics called the album a mini masterpiece. Some went as far as to say that Lick My Decals Off, Baby was better than Trout Mask Replica. Described as captivating, challenging, engrossing, humorous, innovative and playful, what started as pieces of music improvised on his home piano, became Captain Beefheart and His Magic Band’s third classic. It even surpassed the commercial success of Trout Mask Replica, reaching number twenty in Britain. It seemed things were looking up for Captain Beefheart and His Magic Band. 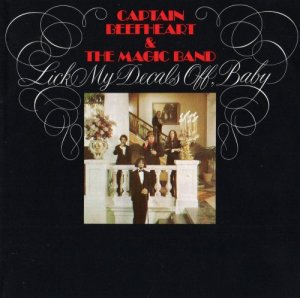 The Bob Krasnow produced Mirror Man was released in April 1971. Mirror Man features just four tracks. This includes three lengthy blues jams. They make Mirror Man’s release worthwhile. These tracks showcase Captain Beefheart and His Magic Band at the start of their career, and is very different from the band that features on On Lick My Decals Off, Baby. 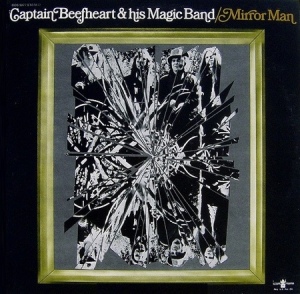 From I’m Gonna Booglarize You Baby, through White Jam, Alice In Blunderland, Grow Fins and the closing track Glider, Captain Beefheart produces his most accessible album. Blues tinged, albeit with a twist, there’s more than a nod to Howlin’ Wolf and Muddy Waters. Critics hailed The Spotlight Kid as  raw, intensive, powerful and accessible. The Spotlight Kid was seen as the perfect introduction to Captain Beefheart.

To some extent, this proved to be the case. In America, The Spotlight Kid reached number 131 on the US Billboard 200 charts. Over the Atlantic, The Spotlight Kid stalled at number forty-four in Britain. It was swings and roundabouts. At least, however, Captain Beefheart had made a breakthrough in his home country. 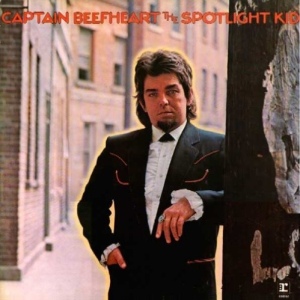 Especially for the newcomer to Captain Beefheart and His Magic Band. A good place to start are three album 1970s Lick My Decals Off, Baby, 1971s The Spotlight Kid and 1972s Clear Spot. They’re  much more accessible than albums like Safe As Milk and Trout Milk Replica. Even Captain Beefheart and His Magic Band’s accessible albums are  ambitious, adventurous albums of genre-melting music where the music is unique and innovative and feature one of music’s mavericks. 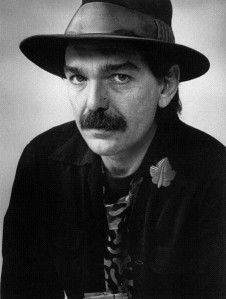