50 YEARS AGO IN 1969 DAVID AXELROD RELEASED SONGS OF EXPERIENCE.

50 Years Ago in 1969 David Axelrod Released Songs Of Experience.

By 1968, composer, musicians and producer David Axelrod was just about to embark upon a solo career after nine years working in the music industry. Buoyed by the experimental climate of popular music, David Axelrod wrote and recorded what was akin to a suite-like tone poem that was based on Songs Of Innocence an illustrated collection of poems written in 1789 by William Blake. The poet had inspired many composers and musicians during the twentieth century.

Many composers had set his poems to music, and William Blake’s music had been used in theatre and inspired everyone from folk musicians to David Axelrod who was a self-confessed “Blake freak.”

Despite the disappointing sales of Songs Of Innocence, David Axelrod began to write the material for his sophomore album Songs of Experience.  It was also inspired by William Blake’s poetry, but explored the darker side of humanity drew inspiration from composer Gunther Schuller’s Third Stream concept. David Axelrod’s sophomore album Songs of Experience was an ambitious and innovative album. He had come a long way from his days as a boxer.

Before embarking upon a career in music, David Axelrod had enjoyed what can only be described as a chequered career. He had started off as a boxer, before changing direction and finding work in film and television. However, in 1959 David Axelrod embarked upon a musical career when he produced Harold Land’s album The Fox. This launched David Axelrod’s nascent musical career.

By them David Axelrod was watching trends in popular music and realised that there was a new breed of record buyer with much more sophisticated taste than the three chord pop of the early Beatles’ record. They were willing to embrace and buy much more experimental sounding albums, including two of the best known, The Beach Boys’ Pet Sounds and The Beatles’ Sgt Peppers Lonely Hearts Club Band. Both of these experimental had been hugely successful, and was proof to David Axelrod that there was a demand for this type of music.

Seamlessly David Axelrod’s rock orchestra changed direction and were transformed into a vampish big band. Other times, they played bluesy bop or locked into a jazzy groove and on occasions started to swing.

Meanwhile, producer David Axelrod was constantly encouraging his band to experiment, and not be afraid to improvise. Towards the end of recording sessions, David Axelrod’s rock orchestra had fully

embraced psychedelia deploying organ licks that seemed to be designed to disorientate and gritty guitars. Then as The Mental Traveler was recorded, David Axelrod was keen to embrace and experiment with atonality. However, he felt that music that lacks a tonal centre of key was a step too far even on such an ambitions and innovative album as Songs Of Innocence.

Despite the disappointing sales of Songs Of Innocence, David Axelrod began working on his sophomore album Songs of Experience.

Another source of inspiration for David Axelrod during the writing ad recording of Songs Of Experience was composer Gunther Schuller’s Third Stream concept. This was part of what was another ambitious album that David Axelrod planned to record.

To record Songs Of Experience, David Axelrod brought onboard many of the musicians that recorded Songs Of Innocence. However, it took over thirty musicians to record what David Axelrod knew was a groundbreaking, genre-melting album.

That was no surprise given Songs Of Experience’s the compositions to the eight genre-melting track were so different, and featured lush arrangements that were dramatic and rich in imagery. David Axelrod was bringing William Blake’s music to life by using his entire musical palette to paint pictures and allow him to explore much darker and ruminative sounds on Songs Of Experience. It was an album that should’ve captured the imagination of critics.

It wasn’t until much later that critics realised the significance of Songs Of Experience, which was hailed as an important, innovative and inspirational album. By then, Songs Of Experience was a favourite source of samples for hip hop producers. However, it was  just a coterie of appreciative record buyers who had embraced and flew the flag for what was David Axelrod’s William Blake inspired  cult classic Songs Of Experience which broke new ground and somewhat belatedly, became part of musical history.

50 Years Ago in 1969 David Axelrod Released Songs Of Experience. 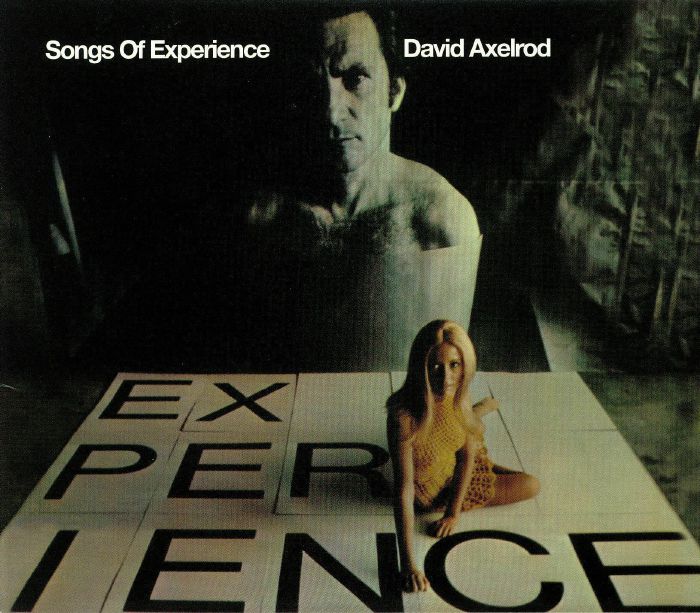