It was in 1962, when Judy Henske was living in Los Angeles, that the Queen of the Beatniks first came to the attention of Elektra Records’ founder Jac Holzman. He had just setup the A&R and marketing operation in LA and was on looking for new artists to add to Elektra Records’ roster. The first night he saw Judy Henske sing he knew that he had to sign her. It wasn’t just her powerful voice, it was also her presence onstage and bawdy humour. Jac Holzman was sure that this was a winning combination and set about signing Judy Henske.

The Judy Henske story began in Chippewa Falls, Wisconsin where Judith A. Henske was born on December ’20th’ 1936. She attended Notre Dame Grade School and then Notre Dame-McDonell Memorial High School, before heading to Rosary College, River Forest, Illinois. After that, Judy Henske enrolled at the University of Wisconsin, in Madison, and when she graduated moved to Ohio.

Judy Henske began working in the office of Oberlin College, Ohio. That was where Judy Henske’s first starting making music. Her boyfriend left her and moved to India. However, he left behind his banjo and soon, she had taught herself to play it. This was the start of a musical voyage of discovery. Soon, she was playing Dixieland jazz and murder ballads. Not long after this, Judy Henske relocated.

This time, she moved to Philadelphia, Pennsylvania, where she worked for a while as a cook in a Quaker co-operative. During this period, she was able to find herself and grow as a person. After that, Judy Henske was on the move again.

In 1959, Judy Henske relocated to San Diego where she lived in a sloop in a yacht basin. Not long after her arrival in San Diego, she started singing in the coffee houses in Pacific Beach and soon, in Los Angeles. That was where she first encountered comedian Lenny Bruce. The pair often worked together, during the time Judy Henske spent in San Diego. However, after spending the best part of two years in San Diego she was ready for a change of scenery.

Judy Henske headed to New York, where she was asked to contribute four live songs that would appear on a compilation. The Coffee House was released on the Dorian label in 1959, and marked the debut of Judy Henske. Soon, she was moving from East Coast to the West Coast.

1960 saw Judy Henske arrive in Los Angeles. She was a stranger in town and the only person she knew of was Herb Cohen who was one of the leading lights of Sunset Strip folk scene. For a new folk singer who had arrived in LA, Herb Cohen was a good man to know.

On her first night in Los Angeles, Judy Henske went looking for Herb Cohen. She met him outside of Cosmo Alley, one of two coffee shops Herb Cohen owned. When he saw his friend clutching her banjo he asked if she could play it? This lead to an impromptu audition and before he had hired Judy Henske and become her manager. She would receive $90 for playing at his other coffee shop, the Unicorn.

At the Unicorn, she soon became the warmup act for Lenny Bruce. By then, she had acquired a strong stage presence, where in-between songs, Judy Henske’s bawdy humour entertained patrons. They were a tough crowd, but her put downs and her incredible powerful voice  captivated the patrons at Herb Cohen’s coffee shops. Before long, Judy Henske had developed an act which was a combination humorous monologues and music which made her a popular draw.

Dave Guard and The Whiskeyhill Singers.

How The West Was Won.

After the demise of The Whiskeyhill Singers, Judy Henske decided to return to Los Angeles, where the folk boom was continuing. She was able to pickup where she left off, singing at the Unicorn and at the Troubadour which was well on its way to coming one of LA’s top music venues. It was where many of the biggest names in music hung out, including some of the leading lights of the folk scene.

As the folk boom continued, many within the music industry were keen to profit from the genre’s popularity. Many music industry veterans were aware that folk music, like previous genres, was a bubble, that could burst at any minute. The trick was to make hay while the sun shined. This included compiling and releasing a slew of folk compilations. With Judy Henske’s star in the ascendancy, it was no surprise that she was asked to feature on a couple of these compilations.

This included featuring on folk compilations like   and Folk At The Troubadour. These compilations would introduce Judy Henske and the other artists to a much wider audience when they were eventually released. By then, twenty-six year old Judy Henske had made a big breakthrough. 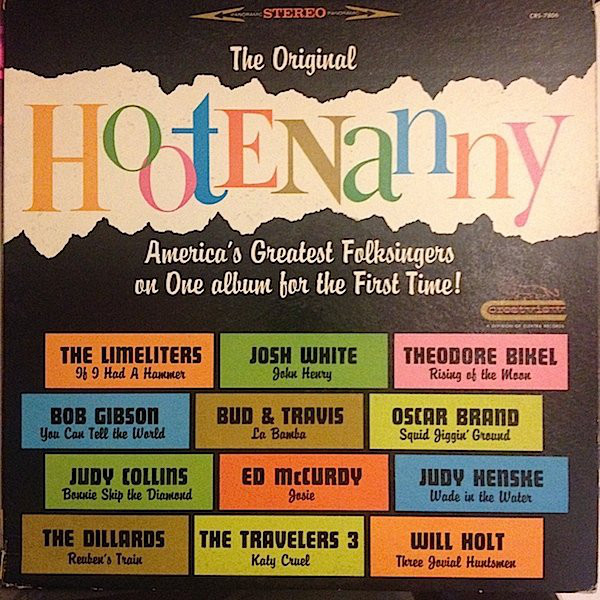 It was just another night when Judy Henske took to the stage at an LA club. She had honed her stagecraft and had onstage presence that was the envy of many less talented singers. Judy Henske made it look so easy as she unleashed her incredibly powerful voice. She brought meaning and emotion to lyrics and seamlessly switched between folk and blues. Then in-between songs, she embarked on a long, but carefully cultivated monologue. The patrons were won over by Judy Henske and so was Elektra Records’ founder Jac Holzman.

He had just setup A&R and marketing operation in LA and was on looking for new artists to add to Elektra Records’ roster. That was why he was sitting in the club, as Judy Henske started to sing. Straight away, he knew that he had to sign her. Her combination of music, monologues and bawdy humour Jac Holzman was sure,  was a winning combination. Jac Holzman set about signing Judy Henske, and adding her to Elektra Records’ burgeoning roster.

Not long after this, Judy Henske recorded her eponymous debut album in front of studio audience. This was what Judy Henske had been working towards for three years.

Not long after signing to Elektra Records, Judy Henske began preparing to record her debut album. Jac Holzman had decided to record the album in front of a large studio, with an invited audience. At first, Jac Holzman thought of recording just Judy Henske and her guitar. However, he wanted a bigger sound, so decided to hire an orchestra.

For her debut album, Judy Henske chose two of her own songs, Hooka Tooka and Lily Langtree. Judy Henske arranged Low Down Alligator, Ballad Of Little Romy, Wade In The Water, I Know You Rider, Love Henry, Every Night When The Sun Goes In and wrote new lyrics to Salvation Army Song. They were joined by JC Johnston’s Empty Bed Blues and James Shelton’s Lilac Wine. These songs would be recorded in LA, and become Judy Henske’s eponymous debut album.

Once Judy Henske had recorded her much-anticipated eponymous debut album, it was released on Elektra Records in 1962. Critics on hearing Judy Henske, realised she was a very special and versatile singer, and the album received praise and plaudits.

While Judy Henske was well received by critics, who were appreciative of the album and a very special young singer who was making her debut, the album failed to find an audience outside of the folk community. While this was disappointing, Judy Henske and Elektra Records’ founder Jac Holzman were playing the long game.

By the time it came time for Judy Henske to record her sophomore album High Flying Bird, she was a popular draw in Los Angeles and New York. It looked as if her star was in the ascendancy. This was the perfect time for Jac Holzman to send Judy Henske back into the studio.

This time around, Jac Holzman who oversaw production, decided to take a different approach. There was no orchestra on Flying Bird, just a small band that featured a rhythm section of drummer Earl Palmer, bassist Bill Montgomery and guitarist Jack Marshall. They were augmented by two familiar faces, trombonist John ‘Streamline’ Ewing and Jack Forsha who would play the twelve string guitar. This quintet accompanied Judy Henske who switched between banjo and guitar on the thirteen tracks. They were recorded in small studio in Los Angeles and became High Flying Bird.

When critics heard High Flying Bird, they were greeted by a very different side of Judy Henske. Gone is the orchestra that accompanied Judy Henske on her eponymous debut album. High Flying Bird featured a much pared back sound, where the arrangements play second fiddle to Judy Henske as she moves between tear jerking ballads and rousing, uptempo tracks where she kicks loose. High Flying Bird was a potent and heady brew and one that won over critics.

After just two album, Judy Henske and High Flying Bird, one of the rising stars of the American folk scene found herself without a label. For Judy Henske her recording career was already at a crossroads.

It was ironic that she had released to accomplished albums, Judy Henske and High Flying Bird, which later, was credited as one of the albums that led to the folk rock genre. However, in 1963, nobody realised that Judy Henske had provided what was essentially the blueprint to folk rock. It was only much later, when music historians were tracing folk rock’s roots that they realised the importance and relevance of Judy Henske’s sophomore album High Flying Bird.

Three years later, in 1969, and Judy Henske and her husband Jerry Yester, who was also a musician, released their cult classic Farewell Aldebaran in 1969. There was no followup, as the couple were about to embark upon a new musical venture.

Judy Henske was only thirty-even when she announced that she was retiring from music. She continued to write songs and eventually, after over twenty years away from music, Judy Henske was ready to make a comeback in the nineties.

Her comeback went so well, that Judy Henske released two studio albums 1999s Loose In the World and 2004s She Sang California. By then, Judy Henske’s music was finding a wider audience receiving the recognition it deserved. Especially her first two albums Judy Henske and High Flying Bird. They’re a reminder on Judy Henske at the peak of her powers when it looked like she was destined to become one of the biggest names in folk music. Sadly, that wasn’t the case, and Judy Henske whose now eighty-three, and has been blind for the past thirteen years, didn’t enjoy the success her talent warranted. A reminder of Judy Henske’s considerable talent can be found on the two albums she released for Elektra Records Judy Henske and her the peerless High Flying Bird which nowadays, is regarded as an album that provided the blueprint to folk rock. 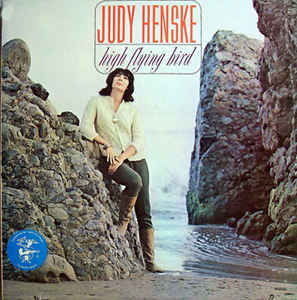 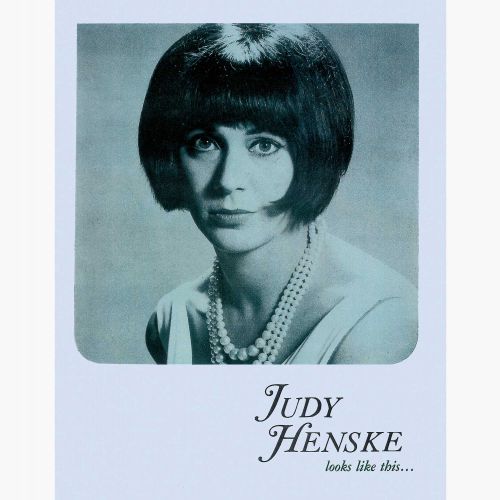