Talent alone sadly, is no guarantee of success. If it was, the late, great, Terry Callier would’ve enjoyed  a long and successful career. Sadly, for much of his career, he was one of music’s best kept secrets whose music was appreciated more in Britain than it was in own country.

Even by the time his music started to find an audience in Britain, Terry Callier had already released six albums. This included two for Elektra. The second of these albums was Turn You To Love which was a new chapter in the Terry Callier story.

He was born in Cabrini–Green, on the North Side of Chicago and grew up alongside Curtis Mayfield, Jerry Butler and Major Lance. As a child, Terry Callier learnt to play the piano and later the guitar.This would stand him in good stead for the future.

By the time he was a teenager, Terry Callier was singing in doo wop groups. Little did he realise that this was the start of a long musical career that spanned five decades.

In 1962, Terry Callier auditioned at Chicago’s famous Chess Records and this resulted in him recording his debut single. This was Look At Me Now, a minor classic and future favourite on the UK’s Northern Soul scene.

Although he had released his debut single Terry Callier was attending college in Chicago. It was also around that time that he started playing in folk clubs and coffee houses around the city. By then, he had discovered John Coltrane’s music who would be an important influence on his music.

Two years after releasing Look At Me Now, Terry Callier met Samuel Charters of Prestige Records in 1964. The following year, 1965,  The New Folk Sound of Terry Callier was recorded. However, for some reason best known to himself, Samuel Charters took the master tapes with him to the Mexican desert. It was three years later before Terry Callier’s debut album was released in 1968.

In 1969, H. P. Lovecraft’s George Edwards coproduced several tracks for Terry Callier. By then, he had been part of the Chicago music scene for the best part of a decade. However, he still had only released one album.

As the seventies dawned, Jerry Butler founded the Chicago Songwriters Workshop in 1970. By then, he and his songwriting partner Larry Wade were writing songs for Chess Records and its Cadet imprint which would sign Terry Callier.

Having signed to Cadet, Terry Callier began work on his sophomore album. This became Occasional Rain, which was released in 1972 and was the first of a triumvirate of criticality acclaimed albums Terry Callier released for Cadet. Sadly, Occasional Rain wasn’t a commercial success and it wasn’t until much later, that the album started to find a wider audience.

It was a similar case with What Color Is Love which followed in 1973. What Color Is Love, showcased a truly talented singer-songwriter who was maturing with every album. What Color Is Love was released to widespread critical acclaim, but just like Occasional Rain, failed to find a wider audience.  For Terry Callier this was a disaster and must have been disheartening.

Terry Callier returned in 1974 with his third album for Cadet, I Just Can’t Help Myself. It was the fourth album of his career and released to plaudits and praise. However, sadly, the album failed commercially and was not long after this, Terry Callier dropped by Cadet.

Later in his career, the trio of albums Terry Callier released for Cadet were recognised as the finest of his career. However, a lot would happen before that.

Three years after the release of his Cadet swansong I Just Can’t Help Myself, Terry Callier was signed by Elektra in 1977 and began work on the fifth album of his career Fire On Ice.

For Fire On Ice, Terry Callier wrote four of the nine songs and cowrote four more with his songwriting partner Larry Wade. He then entered the studio with producer Richard Evans and an all-star band.  They played their part in an album that combined elements of soul, jazz and funk on Fire On Ice which won over critics. It was released to critical acclaim, but just like Terry Callier’s trio of albums for Cadet it failed to find an audience. The followup to Fire On Ice was the already looking like a hugely important album for Terry Callier.

Not long after the release of Fire On Ice, work began on the followup Turn You To Love. Eventually, the Terry Callier and Larry Wade songwriting partnership contributed four of the nine tracks tracks Sign Of The Times, Turn You To Love, A Mother’s Love and You and Me (Will Always Be In Love) with Reginald “Sonny” Burke. Larry Wade wrote Pyramids Of Love and Terry Callier covered two songs from his Cadet years, Ordinary Joe and Occasional Rain. The other two tracks were covers of Steely Dan’s Do It Again and Still Water (Love) co-written by Smokey Robinson and Frank Wilson. Turn You To Love was a  mixture of something new, something borrowed and something blue.

Producing Turn You To Love was Reginald “Sonny” Burke, and just like its predecessor, the album saw an all-star band join Terry Callier. This included drummer James Gadson, Keni Burke who played bass and synths, guitarists David T. Walker, Wah-Wah Watson and Larry Wade, saxophonist Ernie Watts and trombonist Fred Wesley. They  accompanied Terry Callier on the nine tracks that became Turn You To Love which was released in 1979.

Sadly, when Turn You To Love was released in 1979, it was a familiar story for Terry Callier the critics loved the album but it wasn’t a commercial success. At the time, disco was king and albums by singers like Terry Callier were almost unfashionable. Singers like Bobby Womack, O.V. Wright, Syl Johnson and Ann Peebles suffered the same fate and failed to find an audience.

There was one small crumb of comfort for Terry Callier with Turn You To Love. That was when Sign of the Times provided him with the biggest hit single of his career. It was released as a single after DJ Frankie Crocker used it as the theme for his radio show. On its release, it reached number seventy-eight in the US R&B Charts. This sadly, was the only success from Turn You To Love.

Not long after this, Terry Callier was dropped by Elektra, and for the second time in three years, he was without a record label. His second and final album for Elektra Turn You To Love, was a hidden gem in his back-catalogue that later, would find a wider audience.

Of the two albums Terry recorded for Elektra, Turn You To Love was quite different from its predecessor Fire On Ice. Terry Callier and his tight and talented all-star band continue to combine soul, jazz, funk and R&B and even elements of rock on the cover of Steely Dan’s Do It Again.

It’s part of a carefully crafted album that is variously  beautiful, joyous, thoughtful, moving, understated,  spacious and full of emotion.  The music veers  between jazzy, soulful, funky and rocky  as Terry Callier showcases breathes life and meaning into a selection of songs that are best described as something old, new borrowed and blue.

As well as revisiting two of his classics Occasional Rain and Ordinary Joe, Terry Callier delivers a beautiful cover the Smokey Robinson and Frank Wilson track Still Water (Love). Terry Callier  breathe new life and meaning into these tracks and they’re welcome additions to Turn You To Love.

Of the songs that Terry Callier and Larry Wade cowrote, Sign Of The Times and Turn You To Love are the best, and among the album’s highlights. Sadly, very few record buyers heard these tracks as Turn You To Love which was the wrong album at the wrong time.

When Turn You To Love was released in 1979, disco was at the peak of its popularity and Terry Callier’s second album for Elektra failed commercially. Not long after this, he was dropped by Elektra and just like Bobby Womack he was left without a record label. Little did he realise it would be nearly twenty years before he released another album.

Terry Callier continued to tour until 1983, but never made another studio album during this period. By 1983, changes were afoot in his life.

He won custody of his daughter, and started taking evening classes in computer programming. This lead to him taking what would be a prolonged sabbatical from music that lasted fifteen years. During this period, Terry Callier gained a degree in sociology, raised his daughter, and worked at the University of Chicago. Sadly, during this period he never recorded any music, and the only album that was released was a live album of a 1982 show in Washington, TC In DC.

This sabbatical from music meant that one of the most talented singer, songwriter and musician of his generation was lost to music for far too long.

In 1991, Terry Callier made his first visit to Britain playing gigs during his  vacation from his job at the University of Chicago. It wasn’t until 1998 that he recorded a new album Timepeace which marked a return to form from Terry Callier whose music had been discovered by a new generation of DJs, musicians and record buyers.

The following year, 1999, Terry Callier retrained with his seventh studio album Lifetime. It was released to plaudits and praise and Terry Callier’s comeback continued apace. Of all the albums Terry Callier would release between 1998 and his tragic death on October the ’27th’  2012,  Timepeace and Lifetime are by far the highlight of his comeback years and essential listening.

Of all the albums Terry Callier released during a career that spanned five decades, he never surpassed the trio of albums he released for Cadet.  For newcomers to Terry Callier’s music, Occasional Rain, What Color Is Love and I Just Can’t Help Myself are the best place to start. After that,  the two albums Terry Callier released for Elektra, Fire On Ice and Turn You To Love are a reminder of one of music’s best kept secrets, and a truly talented singer, songwriter who was at the peak of his creative powers during the seventies. 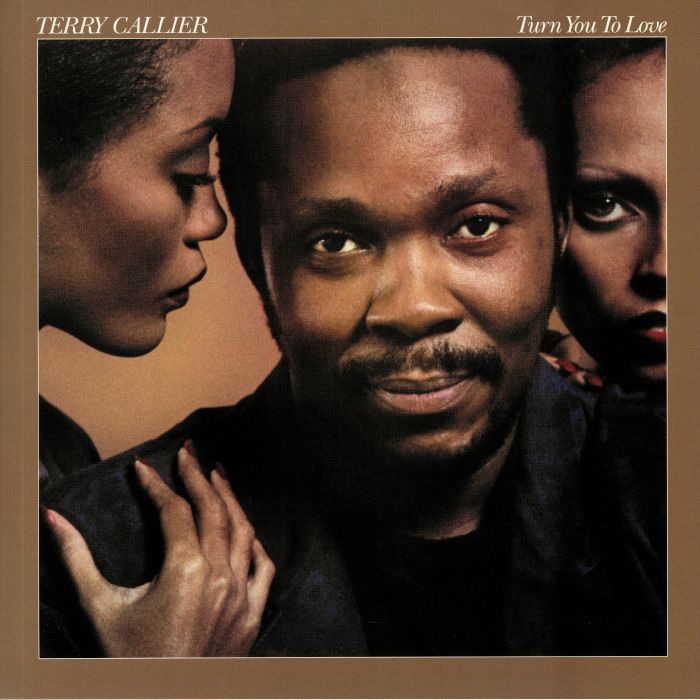