The Loma Records’ story began in March 1964. That was when Mike Maitland, the Warner Bros president, announced that the label was launching a new imprint. It was to be managed by former PR man and record producer Bob Krasnow.

Mike Maitland said that it was hoped that Loma Records would help expand the “singles coverage.” Up until then, Warner Bros and Reprise were releasing singles. The new label would release soul and R&B singles.

Warner Bros had watched on as labels like Stax, Motown and  Atlantic’s popularity grew. It was a lucrative market and they wanted a share.

Initially, the nascent label purchased masters for their first releases. Then Loma Records started to add artists to its roster.

One of the label’s first signings was R&B duo Ike and Tina Turner. By then, they were already a successful act. It was a big signing for a new label. Their first single on the new label was Tell Her I’m Not Home. It stalled at thirty-three on the US R&B charts. This was disappointing for everyone concerned.

In 1965, Bob Krasnow resigned as manager of Loma Records, and was replaced by Russ Regan. Over the next three years the label signed Bob and Earl, JJ Jackson, Lorraine Ellison, Mighty Hannibal, Redd Foxx and The Olympics.

Meanwhile, the label had recruited top songwriters, arrangers and producers in New York and LA. This should’ve been a recipe for a string of commercially successful singles and albums.

Especially as there were songwriters of the calibre of Gene Page, Mort Shuman and  Jerry Ragovoy, Randy Newman, Sammy Turner Van McCoy and Willie Hutchison working for the label.

In LA, arrangers and producers included Gene Page, James Carmichael, Jerry Long, Len Jewell Smith and Marc Gordon. They were joined by Joe Hooven and Winn as well as Billy Revis. Everything was in place for Loma Records to become a successful label specialising in soul and R&B.

Sadly, despite the quality of the artists signed to the label and the arrangers and producers they were working with, the majority of the singles weren’t a commercial success.

The following year, 1968, the label’s roster and back-catalog were absorbed into Warner Bros. The Loma Records’ story was a case of what might have been.

By the early seventies, many of the singles released on Loma Records were being played on the UK’s Northern Soul. They quickly became favourites of DJs and dancers. That’s still the case among connoisseurs of soul music who appreciate the hidden gems and rarities within the label’s back catalog.

These singles are just part of the Loma Records’ story. There were a number of tracks that have lain unreleased within the label’s vaults for over forty years. They were recorded by some of the familiar faces signed to the label as sell as some of the lesser known names. However, they all have one thing in common….their quality.

The unreleased tracks are joined by a selection of single on Loma Northern Soul-Classics and Revelations 1964-1968. It’ll be released on the ‘27th’ January 2023 as part of Kent Soul’s fortieth birthday celebration. This new compilation is the perfect reminder of the music Loma Records released during its lifetime. The twenty-five tracks are also the perfect introduction to the label.

Opening Loma Northern Soul-Classics and Revelations 1964-1968 is It’s Your Love That I Need by The Marvellos. This Willie Hutchison composition was recorded in 1966 and produced by Marc Gordon. Sadly this joyous dancer lay unreleased and makes a welcome debut on the compilation.

The Invincibles recorded Heartstrings with producers Joe Hooven and Winn in 1967. Despite oozing quality this hook-laden dancefloor filler was never released. It’s a welcome addition to the compilation and a reminder of the standard of music recorded at Loma Records.

When Bobby Freeman recorded Lies in 1967 it was arranged and conducted by Gerry Sherman with Jerry Ragovoy taking charge of production. The single was released in 1967. It’s a powerful and melodic hidden gem of a dancer that features a soul-baring and emotive vocal.

From the opening bars of Ben Aiken’s the feelgood sound of That’s All You Gotta Do washes over and envelops you. Suddenly the world seems a better place as this stunning slice of Northern Soul transports you to another time and a place. It’s 1966, the year the song was recorded. Incredibly this song was never released. This was a missed opportunity as it’s a song that oozes quality. So does another unreleased track If You Should See Her. It features a needy vocal that’s full of emotion and longing. Very different is Satisfied which was released as a single in 1967. It’s a joyous and uplifting dancer that epitomises everything that’s good at about Northern Soul.

Carl Hall started out as a gospel singer with The Raspberry Singers. However, eventually he decided to crossover and signed to Mercury in 1965. By 1967 he was signed to Loma Records and recorded Mean It Baby. The single was released later in 1967 and he delivers an impassioned and powerful vocal breathing life and meaning into the lyrics.

Having signed to Loma Records, The Enchanters recorded their first session in New York in 1965. One of the tracks they recorded was Just A Little Longer. Despite its undeniable quality it was never released and is another track that makes its debut on the compilation. It’s a reminder of the New York studio sound in the mid-sixtes and showcases a talented group who should’ve enjoyed greater success than they did.

The staff at Loma Records had high hopes for Linda Jones who was one of the label’s highest profile signings. She recorded If You Should See Her with producer George Kerr. It featured on her 1967 album Hypnotized. It’s one of the album’s highlights and features a vocal that’s soulful, expressive, emotive and powerful as she lives the lyrics.

Charles Thomas wrote The Man With The Golden Touch which was released as a single in 1966. It was arranged and produced by Mike Rubini. He added handclaps, horns and strings to an arrangement where waves of joyful and memorable music with a feelgood sound unfolds.  Sadly, this memorable and  cinematic hidden gem which sadly failed to find the wider audience it deserved.

Van McCoy arranged, conducted and produced I’ll Find A Way for Bobby Reed. It was released by a single in January 1968 but was only a minor hit single. That’s despite a vocal that’s needy, hopeful and impassioned and is full of yearning and emotion as the Washington DC soul man lays bare his soul for all to see and hear.

Closing Loma Northern Soul-Classics and Revelations 1964-1968 is Better Think Of What You’re Losing by Tommy Starr. This beautiful  single was released in 1968. The broody arrangement to this ballad tugs at the heartstrings and is the perfect accompaniment to a vocal that’s filled with emotion, sadness, hurt and regret. It’s definitely a case of saving one of the best tracks until last on this compilation.

For anyone yet to discover the delights of the Loma Records this new compilation is the perfect way to do so. For longtime fans of the label the unreleased tracks alone will make this a must-have. Add to this singles plus an album track as well as hidden gems and rarities and this lovingly curated collection of Northern Soul. There’s stompers, dancefloor fillers and beautiful ballads on Loma Northern Soul-Classics and Revelations 1964-1968.

Nowadays, hardly a week goes by without a new Northern Soul compilation being released. That has been the case for a number of years. The quality of these compilations varies.  However, Loma Northern Soul-Classics and Revelations 1964-1968 oozes quality and is a cut above the competition. This is what we’ve come to expect from Kent Soul, who celebrate their fortieth anniversary in 2023. 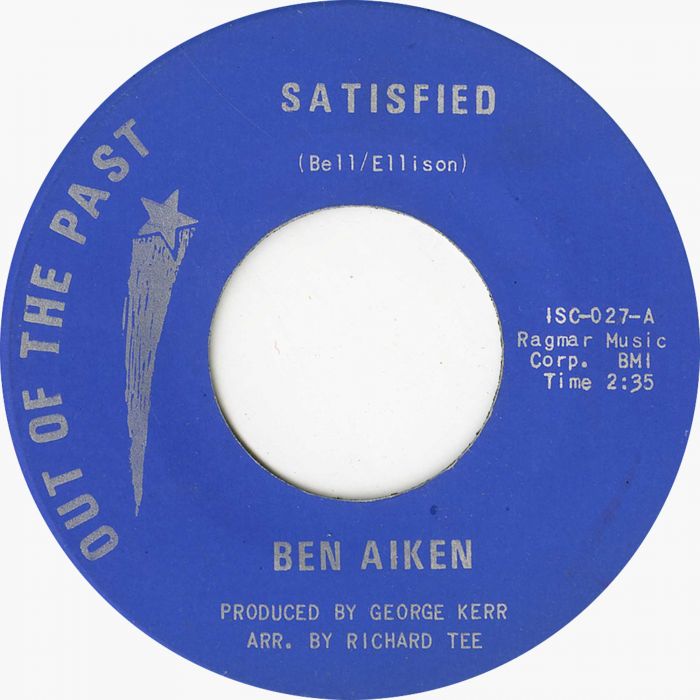