It doesn’t seem like eighteen years since Kent Soul released the first instalment in the Mod Jazz series. However, that’s the case. 30th September 1996 was when Mod Jazz first hit the shops. Released to critical acclaim, Mod Jazz was a commercial success. Mod Jazz was music for attendees of the Cool School. Featuring twenty-five slices of gritty dance-floor friendly jazz and smokey soulful dancers, Mod Jazz was one of the best compilations of 1998. Since then, another eight instalments in the Mod Jazz series have been released. The latest instalment is Mod Jazz, and Then Some, which was recently released by Kent Soul, a subsidiary of Ace Records.

The Pac-Keys’ Dig In is my first choice from Mod Jazz, and Then Some! It was the B-Side to The Pac-Keys’ 1966 single Stone Fox. Released on Hollywood Record, it was written by Charles Axton, Johnny Keyes, Jimmy King and Ewan Roussell. It’s a  mid-tempo fusion of jazz and funk that oozes quality. That’s no surprise. Two members of The Pac-Keys were experienced musicians. Johnny Keyes was a familiar face in the Memphis music scene. So was Charles Axton. He’d previously been a member of The Mar-Kays and The Packers. They’re responsible for what’s a real hidden gem.

Shirley Scott is the only artist to feature on Mod Jazz and the latest instalment, Mod Jazz, and Then Some! Her contribution to MoT.K.O The Fat Man Pt. 1d Jazz, and Then Some! is Sister Sadie Pt. 1. This is a track from her 1962 album Plays Horace Silver. It was released on Prestige, the label where Shirley established her reputation as one of the finest Hammond organ players of her generation. On Sister Sadie Pt. 1. Shirley unleashes a blistering performance on her beloved big burner.

Although Eddie “Blues Man” Kirkland was born in Jamaica, he established a reputation as one of the finest blues players of the sixties and seventies. He accompanied blues legends like John Lee Hooker, Muddy Waters and Honeyboy Edwards. Eddie also played alongside King Curtis and Otis Redding. His debut album was 1962s It’s The Blues Man! Released on Tru-Sound, one of the highlights of It’s The Blues Man! was Saturday Night Stomp. Bluesy with a jazzy hue, Saturday Night Stomp is a tantalising reminder of what Eddie “Blues Man” Kirkland, who died in 2011, was capable of.

The name Curtis Ousley might not mean anything to most music lovers. Mention King Curtis, and that’s a different matter. King Curtis enjoyed a successful career as a songwriter, session musician and producer. Then there’s King Curtis’ solo career. He’s best known for his 1967 classic Memphis Soul Stew. There’s more to King Curtis than Memphis Soul Stew. This includes Free For All, a track from his 1962 album It’s Party Time With King Curtis. Released on Tru-Sound, it’s blistering slice of R&B. King Curtis blows his saxophone like his very life depends upon it. A scorching solo on Free For All shows that It’s Party Time With King Curtis.

If you’re only going to release one single, make it one as good as The Five Counts’ Watermelon Walk. It was released in 1962, on the Brent label. Written by Lafayette Faucette and Steven Owens, it’s a moody, mid-tempo, R&B instrumental. Quite simply, it oozes quality. However, Watermelon Walk is a real rarity. That’s why nowadays, copies change hands for over $100.

Despite being eighty-nine, B.B. King is still going strong. Without doubt, B.B. is one of the biggest names in blues music. So was his cousin, Bukka White, who B.B. refers to as his mentor. Bukka taught B.B. well. He became one of the most prolific blues musicians. B.B. also helped popularise blues music. One of B.B’s best known singles was 1972s Don’t Get Around Much Anymore. On the B-Side was Poontwangie (a.k.a. 3 O’Clock Stomp). This wasn’t a new track. Originally, it been released in 1962 on Kent and is a stomping introduction to a blues legend.

Back in 1962, the little-known Bobby Jenkins And His Quartet covered Harry Belafonte’s Troubles. They released it on the Los Angeles based Vistone label. After this, Bobby Jenkins And His Quartet released several other singles on Vistone. However, their finest moment is their reworking of Troubles, a track most people associate with Harry Belafonte.

Trudy Pitts covered Bill Carney’s Bucket Full Of Soul in 1968. It featured on Trudy Pitts and Mr. C’s A Bucketful Of Soul. Released on Prestige, it showcases Trudy Pitts’ prowess on the Hammond organ. Just like Shirley Scott, Philly born Trudy is one of the best Hammond organists of the sixties. One of her finest albums was A Bucketful Of Soul. She kicks loose and unleashes a series of spellbinding performances. One of her best performances is on Bucket Full Of Soul.

Frenchy and The Chessmen’s El Tacos is the track that closes Mod Jazz and Then Some! Released in 1964, on the Temple label, it was the B-Side to Beetle Bebop. Tucked away on the B-Side was the instrumental El Tacos. It’s a real find. An irresistible fusion of funk, jazz, pop, psychedelia and soul, El Tacos is a delicious musical find.

Although I’ve only mentioned eleven of the twenty-four tracks on Mod Jazz and Then Some! there’s much more for the discerning music lover to discover. I could just as easily have mentioned tracks by T.K.O, Freddy Washington’s Band, Chuck Higgins and Etta Jones. Then there’s the two unreleased tracks.

They’re real finds. The soulful delights of Floyd White’s Another Child Lost opens Mod Jazz and Then Some! It leaves you wanting more. You’ve got to wait until the slinky, jazz-tinged sound of Dave Hamilton’s In The Dark. Both of these tracks are real hidden gems. They deserve a wider audience. The same could be said of many of the tracks on Mod Jazz and Then Some!

No wonder. Quite simply, Mod Jazz and Then Some! oozes quality. Mind you, it’s what I’ve come to expect from the latest instalment in Kent Soul’s Mod Jazz series. It’s one of the very few compilations you eagerly await. Never are you disappointed. Certainly not with Mod Jazz and Then Some!  Classics sit side-by-side with familiar faces, hidden gems and rarities. Legends like B.B. King, Shirley Scott, Trudy Pitts and King Curtis rub shoulders with The Five Counts, Frenchy and The Chessmen and Bobby Jenkins And His Quartet. Everything from blues, jazz, Latin, R&B, soul and soul jazz feature on Mod Jazz, and Then Some, a welcome and worthy addition to the Mod Jazz series.

Mod Jazz and Then Some! which was recently released by Kent Soul, is the result of compilers Ady Croasdell and Dean Rudland legendary crate-digging skills. They’ve surpassed themselves this time. After all, with each instalment in the Mod Jazz jazz series, there’s a smaller pool of possible tracks available for them to choose from. Despite this, Ady and Dean have dug deep and found some glistening musical gems in the vaults of labels like Hollywood, Class, Prestige, Kent, Musicor, Tru-Sound, Ten Star, Brent, Atlas, High Tone, Hill and Temple. The result was Mod Jazz and Then Some! the ninth volume in what’s without doubt, one of the most eagerly awaited compilation Mod Jazz series. Next time around, the Mod Jazz compilation will celebrate its tenth anniversary.

Who knows what bluesy, funky, jazz-tinged and soulful delights we’ll find on the tenth instalment of Mod Jazz? What In do know, is that if surpasses the quality of Mod Jazz and Then Some!, then it’ll be some compilation. 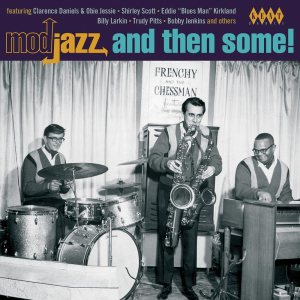 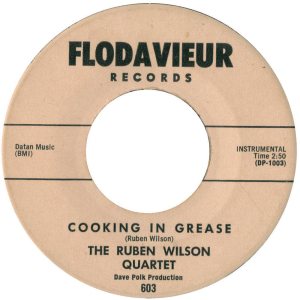 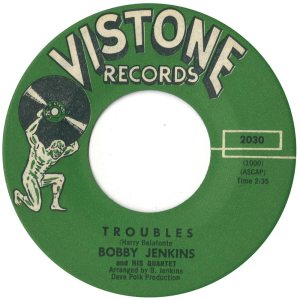 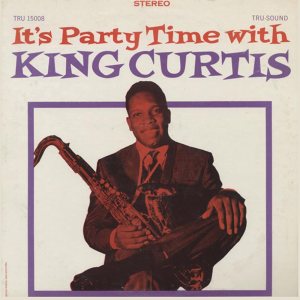