For most groups, a gap of five years between albums would be unthinkable. It just wouldn’t happen. Either the group would be keen to get a new album released, or their record company would be pressurizing them to do so. Not The Blue Nile. In fact, the five years between their debut alum A Walk Across the Rooftops and their sophomore album Hats, wasn’t long by their standards.

Indeed, there was a gap of seven years between Hats, and their third album Peace At Last. The gap between albums three and four grew to eight years. High, which proved to be The Blue Nile’s swan-song was released in 2004. It had been so long between albums, that a new millennia had dawned. However, fifteen years earlier, Paul Buchanan, Robert Bell and P.J. Moore released what many people perceive as their finest album, Hats, which was recently rereleased and remastered as a double album. Disc One features the newly remastered version of Hats, while Disc Two contains a disc full of Blue Nile rarities. When I recently reviewed the Blue Nile debut album, A Walk Across the Rooftops which was also rereleased and remastered on the high-fidelity SHM-CD format., I said that I found it hard to decide whether A Walk Across the Rooftops or Hats was their finest album. Once I’ve reviewed Hats, I’ll now decide which album is indeed The Blue Nile’s finest hour.

Describing The Blue Nile isn’t easy. They were enigmatic, almost reclusive and publicity shy. The Blue Nile weren’t exactly your normal band. Not for them the rock “n” roll lifestyle favored by other bands. In many ways, neither musical fashions nor fads affected them. Their attitude was almost contrarian. Albums were recorded slowly and methodically as The Blue Nile strived for musical perfection. This wasn’t a group willing to jump onto a musical bandwagon in pursuit of fame, fortune or supermodels. Quite the opposite. It seemed to be their way or no way. So, for their sophomore album Hats, Paul, Robert and P.J. retreated to the studio. Once there, it seemed they sought musical nirvana, perfection. What they came up with was Hats, which was pretty near it.

Hats featured seven tracks, written by Paul Buchanan, Glasgow’s answer to Frank Sinatra, a tortured troubadour, whose voice sounds as if he’s lived a thousand lives. Producing Hats was group effort, with Paul, Robert and P.J. taking charge of production duties. Guiding them, was Callum Malcolm, who with Paul and Robert took charge of recently remastering both A Walk Across the Rooftops and Hats. On the release of Hats, American audiences proved more discerning and appreciative of The Blue Nile’s sophomore album Hats.

On the release of Hats in the UK in 1989, it was critically acclaimed, but not a commercial success. Then when it was released in America in 1990, audiences seemed to “get” Hats. Not only did it reach number 108 in the US Billboard 200 Charts, but The Downtown Lights reached number ten in the US Modern Rock Tracks charts. While this was a small crumb of comfort for the Blue Nile, in the UK, they remained a well kept secret. Since the release of Hats, like their debut album A Walk Across the Rooftops it’s become a minor classic. Indeed, if everyone who claimed to have originally bought Hats had indeed done so, the Blue Nile would’ve been fabulously wealthy. Now twenty-three years later, somewhat belatedly, Hats has been remastered and rereleased. This seems like the perfect opportunity to decide whether A Walk Across the Rooftops or Hats was The Blue Nile’s finest hour.

In many ways, Hats is a like a musical journey, a voyage of discovery. Over The Hillside is the first step on the journey. Slow, spacious drums, washes of wistful synths and a dramatic guitar combine. Then Paul’s worldweary vocal enters. The sheer drudgery, repetitiveness and almost hopelessness of everyday life flavors Paul’s vocal. Sage-like, he sees through living to work and working to live. It fills him with dread and despair. Reflecting this, is the arrangement, with its somewhat industrial, repetitiveness. Drums with a synthetic, monotonous regularity and washes of wistful synths combine. As the drums reflect the pointlessness of the 9 to 5 life, synths offer a sympathetic backdrop. Meanwhile, eloquently and giving voice to the lack of hope, opportunity and escape, is Paul’s vocal, which brings to life the relentless grind of modern life. Bleak, honest but eloquence personified is this five minute track.

A sprinkling of cascading synths gives way to thunderous drums and washes of synths as The Downtown Lights begins. Soon, Paul Buchanan’s tortured vocal enters. It’s a mixture of emotions, worldweary, but heartfelt and reassuring. Drums cracks, synths fill the gaps and a pounding, broody bass reflects the drama in Paul’s vocal. As the arrangement grows in power and drama, so too does the emotion and reassurance in Paul’s voice. When he sings “it’s alright,” you believe him. His vocal grows in emotion and soulfulness, enveloped by swathes of synths, a funky bass and crispy drums. Later, as the power, drama and emotion grows, driven along by chiming guitars, you realize this is deeply soulful, but not soul music. Instead, it’s music for the soul, music about love, being in love and insecurity.

Waves of synths meander, growing in tension and drama. Let’s Go Out Tonight has just began to reveal its cerebral beauty. Guitars chime, while the backdrop is minimalistic. Paul’s whispered vocal is filled with despair. His relationship is almost over. It’s on its last legs. Rather than stay home and talk about it, it’s easier to go out. Best to dance around the subject and problems, rather admit it’s over. Meanwhile, synths, keyboards and guitar join Paul’s vocal, as he lays bare his soul, his hurt and heartache. His voice is tinged with regret and sadness, as if he can’t believe it’s over. For anyone whose been in this situation, or is going through it, then this song describes it perfectly. Quite simply, this is highlight of Hats and one of the Blue Nile’s greatest songs.

The tempo increase on Headlights On The Parade. So too does the emotion. Blue Nile mix moody funk courtesy of the bass and guitars with waves of bright, hopeful synths and stabs of keyboards. It’s almost as if they’re setting the scene for the worldweary troubadour, Paul Buchanan. From the moment Paul’s vocal begins, his vocal is filled with emotion. Saying: “I love you” isn’t easy, it’s hard, the three hardest words for him to say. Waves of symphonic, hopeful music cascade, envelop Paul’s vocal as he finally plucks up the courage.When he does, it’s almost a relief, it seems. Keyboards and quivering strings join him. Having found the courage, they serenade the one he loves. The result is an elegant, symphonic and beautiful song, one about conquering and overcoming the fear of commitment and the fear of rejection.

From A Late Night Train is a track that’s wonderfully moody and melancholy. The arrangement is broody and minimalistic, meandering behind Paul’s heartfelt vocal. It’s a bit like Frank Sinatra meets Brian Eno. Keyboards picked out carefully and cautiously are joined by occasional bursts of wistful horns. Slowly, Paul delivers lyrics that are poetic, with a strong narrative and steeped in emotion. His half-spoken vocal is filled with sadness, as he sings of his relationship being “over now.” You can imagine him heartbroken, sitting on the late night train, wondering why and what could I have done differently? Considering this track is only four minutes long, it’s a poetic, descriptive and emotive tour de force, Blue Nile style.

Squelchy synths, crunchy drums and percussion join a funky bass as Seven A.M. unfolds. A combination of an industrial sounding arrangement, which brings to mind Can, Neu and Velvet Underground join Paul’s worldweary, wistful vocal. Pensive, probing and questioning, he wonders “where is the love?”  It’s a question posed a thousand times before, puzzling poets and philosophers alike. Paul sounds just as puzzled, pondering, wondering. Lovelorn and confused Paul and the Blue Nile bring out the subtleties and beauties of the lyrics, but pose a question that’s unanswerable, even for them.

Saturday Night sees the Blue Nile close Hats with another of their Magnus Opus.’ Like Let’s Go Out Tonight, this is classic Blue Nile. Washes and stabs of synths, chiming guitars, a buzzing bass and crispy drums combine with Paul’s vocal. It’s a mixture of hope, happiness and longing, but tinged with insecurity. Washes of synths and lush strings cascade. They sweep and swirl, and are joined by chiming guitars. Together they envelope Paul’s deeply soulful vocal. His vocal is filled with hope and emotion and plays its part in one of the most beautiful tracks the Blue Nile ever recorded. As if a remastered version of Hats isn’t enough in itself, then there’s the bonus disc.

Unlike the original version of Hats, the newly remastered and rereleased  high-fidelity SHM-CD format version includes a second disc of six bonus tracks. While these tracks may not be particularly rare, they offer an insight to an enigmatic band. A live studio version of Seven A.M, alternate versions of Saturday Night Let’s Go Out Tonight are three hidden gems from The Blue Nile back-catalogue. So too is the live version of Headlights On the Parade, which is the perfect reminder of how good a live band the Blue Nile were. The Wires Are Down is a tantalizing glimpse of The Blue Nile and what might have been. I’m sure there’s many more tracks like this hidden, safely away in The Blue Nile’s vaults. Hopefully, before too long, we’ll be able to hear many more of these hidden gems. So, having told you about the newly released, remastered version of Hats, is Hats a better album than their debut album A Walk Across the Rooftops?

Hat’s is a captivating, bewitching and beautiful album, where The Blue Nile lay bare their soul. Not only do they lay bare their soul, but articulate their hopes, fears, frustrations and dreams. Articulating this range of emotions, is Glasgow’s troubled troubadour, who mixes Frank Sinatra, Tom Waits and Tim Buckley, but doing so in a way that’s almost quintessentially Scottish. This newly remastered version of Hats accentuates the Scottishness of the seven songs. However, despite this quintessentially Scottishness, the music transcends geographical boundaries. For anyone whose lived, lost and lost love, then this album speaks to and for them. It brings to life their heartache and hurt, their sense of how life will never be quite the same again. Combining elements as diverse as Brian Eno, Can, Neu and the Velvet Underground Hats is an album of many influences, but unique. Only the Blue Nile could produce an album so special, so deeply soulful, beautiful and emotive. In some ways, Hats is a very different album from A Walk Across the Rooftops, the Blue Nile’s debut album. However, is Hats a better album? 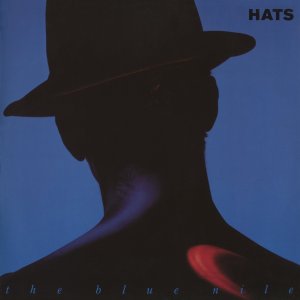