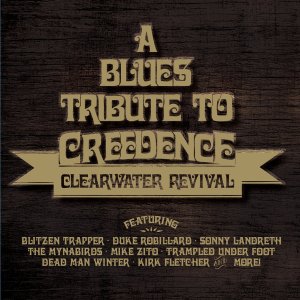 A PSYCH TRIBUTE TO THE DOORS.

Usually, I’m not a fan of tribute albums. That changed earlier this year when A Psych Tribute To The Doors was recently released by Cleopatra Records. It features  thirteen Doors’ classics. This includes L.A. Woman, Hello, I Love You, People Are Strange, Riders On the Storm, Light My Fire,  Roadhouse Blues and The End. These tracks are given a makeover by everyone from Elephant Stone, The Black Angels, Sons of Hippies, Dead Skeletons, VietNam and Geri X. The idea is simplicity in itself. 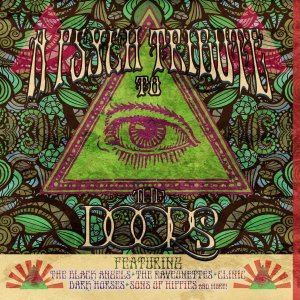 For BamaLoveSoul Presents On Deck 2, DJ Rahdu asked artists to submit a new track. The response was overwhelming. So, he spent time working his way through this mountain of soulful music. Eventually, he managed to settle on a dozen “future soul classic for the new b-boy generation.” This includes contributions from Rippy Austin featuring Stephanie Nicole, James Tillman, Jevon Reynolds, Fayth Hope, J Finesse and Aisha Mars. There were more than a few hidden gems on BamaLoveSoul Presents On Deck 2.

Bama LoveSoul Presents On Deck 2 allows a new generation of artists to have their music heard by a wider audience. They’ve drawn inspiration from the music of the past to create the music of the future. Listen carefully, and you’ll hear the twelve artists have been influenced by everything from ambient, Blaxploitation, electronica, funk, hip hop, jazz, Nu Soul, soul and soulful house. As a result, the music they’ve produced is funky, jazz tinged and soulful. I’d also describe the music on Bama LoveSoul Presents On Deck 2 as lush, dreamy, ethereal, heartfelt, hypnotic, lysergic and futuristic. 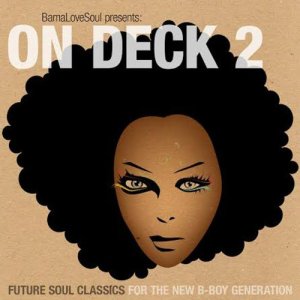 Throughout the last hundred years, jazz music has been in a constant state of evolution. Jazz refused to stand still. New genres grew out of old ones. This was the case between the late fifties, right through to the seventies, when a group of innovative musicians, including Ornette Coleman, Sun Ra, Archie Shepp, Albert Ayler, Pharaoh Saunders and Cecil Taylor transformed jazz. This transformation was free jazz, one of the most ambitious and radical sub-genres of jazz. It features on Soul Jazz Records’ compilation Black Fire! New Spirits! It’s a deluxe double CD that  explores some of the deep, radical and spiritual jazz released in America between 1957-1982. For much of the period, jazz music reflected and reacted to, American society’s troubles and ills. 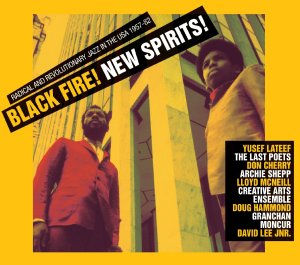 Usually, when a compilation reaches its eighth instalment, the quality starts to suffer. Not the Bayou series. Just like a good wine, it appears to mature with age. That’s was apparent from listening to the eighth instalment, Bluesin’ By The Bayou-Rough ’N’ Tough, which was released by Ace Records earlier this year. 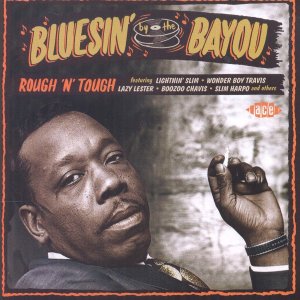 By 1979, disco sucked. Not in India. Belatedly, India ‘got’ disco and gave it, its unique twist. Soon, Bombay Disco provided the soundtrack to just about ever Indian movie released during that period. Literally, Bombay disco provided the backdrop to dramas, historical epics, curry westerns and horror films. What had become known as Bombay Disco was disco, but given a unique, flamboyant twist. This meant disco that was funky, soulful and lavish, tinged with sitars, tablas and grandiose orchestras. Sometimes, the music was better than the film. Eventually, Bombay Disco became popular outside of India and features on Cultures Of Soul Records’ recent compilation Bombay Disco Volume 2.

Bombay Disco Volume 2 is twelve tracks of hidden gems and long, forgotten Bombay Disco classics. Many of these tracks will be new to even the most dedicated and discerning fan of Bombay Disco. Compiler Brother Cleve has turned his back on the predictable and obvious tracks. That’s not for him. There’s a multitude of hidden gems awaiting discovery. It’s all just a matter of knowing where to dig, and having the patience and persistence. Brother Cleve has plenty patience, persistence and know how. That’s apparent when you listen to Bombay Disco Volume 2 and its predecessor Bombay Disco-Disco-Disco Hits From Hindi Films 1979-1985. They’re the perfect introduction to Bombay Disco. 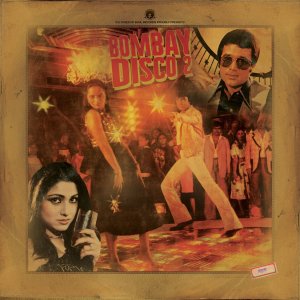 For many people, the twenties and thirties were the golden age of calypso. However, others would beg to differ. They would point to the fifties and sixties. That’s the period Soul Jazz Records’ compilationed Calypso-Musical Poetry In The Caribbean 1955-1969 covers.

It features nineteen tracks from another of calypso’s golden eras. They’re a mixture of calypso and mento. There’s contributions from some of the biggest names in calypso. This includes Lord Flea and Lord Kitchener. Then there’s contributions from Young Growler, Lord Hummingbird, Mighty Dougla, Viper, JB Williams Band, Brownie, Charlie Binger and His Quartet and Lord Byron and Orquesta Nueva Alegria. Several generation of calypso singers contribute to Calypso-Musical Poetry In The Caribbean 1955-1969, which is best described a a veritable feast of calypso. 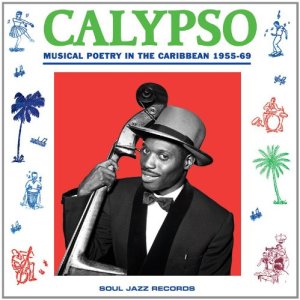 Just like Ace Records two previous volumes in the Where Country Meets Soul series, the release of Cold Cold Heart-Where Country Meets Soul Volume 3 has been eagerly awaited. No wonder. The track listing reads like a list of the great and good of soul music. There’s contributions from Percy Sledge, Solomon Burke, The Temptations, Arthur Alexander, The Supremes and Bobby Bland. Then there’s hidden gems from some of soul music’s best kept secrets. This includes from soul sisters Margie Joseph, Bettye Swann and Esther Phillips. Johnny Adams and Ralph “Soul” Jackson contribute two tracks that epitomise the country soul sound. However, one of the most intriguing tracks is George Benson’s 1969 My Woman’s Good To Me. It’s proof that George Benson found his voice way before the mid-seventies. This is just one of the may hidden gems on Cold Cold Heart-Where Country Meets Soul Volume 3 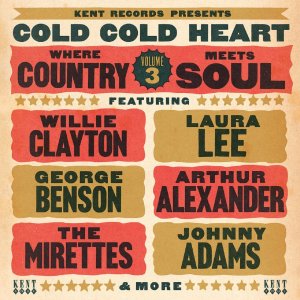 The music on Country Funk 2 1967-1974 is best described as a fusion of blues, country, funk, gospel and soul. It’s gritty, funky, sassy and soulful. Hip swaying, heartbreaking and hook-laden described country funk. It’s the type of music that brings to mind a honky tonk full of cowboy booted men sipping Jack Daniels and smoking Marlboro red. On the jukebox is the music of Willie Nelson, Townes Van Zandt, Jackie DeShannon, J.J. Cale, Bob Darin, Bill Wilson and Thomas Jefferson Kaye. They all feature on Country Funk 2 1967-1974, which is captivating introduction to what was once the genre with no name. 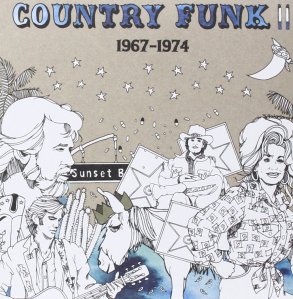 Between 1956 and 1968, Cosimo Matassa owned what was the most important recording studio in New Orleans. Situated at 521-525 Governor Nichols Street, Cosimo Matassa’s studios were where some of the most important soul and R&B to come out of New Orleans was recorded. Situated between J&M Recording Studios and the Jazz City Studio, Cosimo Matassa’s studio seemed to the only studio that mattered. That’s where the great and good of soul and R&B headed to record their latest single, including Eddie Bo, Earl King, Barbara Lynn, Dave Bartholomew and his Orchestra, Ronnie Barron, Lee Dorsey, Willie Tee, Aaron Neville and Joe Haywood. They all feature on Ace Records’ The Cosimo Code-60s New Orleans R&B and Soul.

Since then, Cosimo Matassa’s studio has become one of the most celebrated studios in the history of soul and R&B. That’s no surprise. Look at the music that was created within its four walls. It was one of the busiest and most successful studios in New Orleans. A huge amount of music was recorded within Cosimo Matassa’s studio. The twenty-four tracks on Cracking The Cosimo Code-60s New Orleans R&B and Soul are just a taste of the magic that happened at 521-525 Governor Nichols Street. There’s plenty more music still to be discovered. So, lets hope that Ace Records recently released compilation is  Cracking The Cosimo Code-60s New Orleans R&B and Soul just the start of a series of compilations. 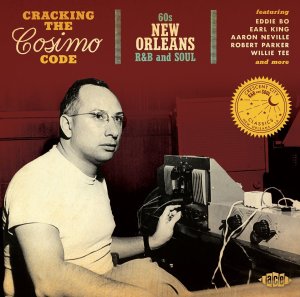