Often, the maxim “imitation is the sincerest form of flattery” applies to the music industry. This was certainly the case back in 1966. Stax Records had just signed Sam and Dave. They were riding the crest of the wave of commercial success, having released Hold On I’m Comin’ and Double Dynamite. Other record companies looked on enviously. They wanted a slice of the action. So they went looking for their own double act. Not Goldwax Records.

This was Ike Turner. The encounter took place in 1963. George was just eighteen. Despite his youth, George found the confidence to introduce himself to Ike Turner. George told Ike about his music and showed him some songs. So impressed was Ike, that he took George Jackson to New Orleans, to Cosimo Matassa’s studio. They recorded Nobody Wants To Cha Cha With Me. It was released on Ike’s Prann label, but wasn’t a commercial success. This however, marked the start of George’s career.

Two years later, in 1965, George recorded Rufus Come and Get Your Dog for Doro. The same year, he released Blinkity Blink for Dot Records. Neither single gave George the commercial success he was wanting. He wasn’t going to give up though.

After that, George headed to Memphis, which was home to Stax Records. George auditioned for Stax, but they passed him over. Little did they realise they’d missed out on a prolific and talented singer and songwriter. Next stop for George was Goldwax, where he cofounded The Ovations with Louis Williams. George penned and sang on their 1965 classic, It’s Wonderful To Be In Love. It reached number twenty-two in the US R&B Chart, while reaching number sixty-one in the US Billboard 100. For George Jackson, this was his first hit single.

Soon, he was writing for other artists on Goldwax’s roster. Spencer Wiggins and James Carr were beneficiaries of George’s songwriting skills. George also teamed up with Dan Greer, forming the duo George and Greer. The two men had much in common, including having grownup in Mississippi.

Dan Greer was born in Holy Springs in Mississippi. Born into a farming family in 1942, two things were central to life in the Greer family…the church and music. A variety of musical instruments lay around the family home. Dan’s father played blues and gospel and soon, Dan was soon able to play the piano. Then when his parent’s marriage broke-up, Dan moved to Memphis. For someone who loved music, Memphis was the place to be.

Having settled in Memphis, Dan and his mother joined the local church. Soon, they were singing in the local church. Meanwhile, Memphis was vibrant. It had a thriving musical scene. This was when Beale Street was thriving. Providing the soundtrack were B.B. King, Bobby “Blue” Bland and Junior Parker. Memphis was alive and Dan Greer was absorbing this melting pot of musical styles. However, it was at school that Dan met what be some of the next generation of great Memphis musicians.

When Dan attended Leath Elementary School, he met Louis Williams, the future lead-singer of The Ovations. They forged a lifelong friendship. Then at Booker T. Washington High School, Dan met what reads like a who’s who of Memphis music. William Bell, Maurice White, David Porter and Homer Banks. That’s not forgetting The Mad Lads and the Wiggins’ brothers Percy and Spencer. Thankfully, the pupils indisputable musical talent was encouraged. By the time they left school, the next generation of Memphis’ musicians were about to play their part in one of the most successful eras in the city’s musical history.

Although other nascent musicians embarked upon musical careers, Dan studied art in Holy Springs. He didn’t give up music though. Instead, his music career was part-time, running parallel with his studies. Then once his studies were finished, Dan returned to Memphis. First stop was Stax, where he spent some time. While he didn’t record any music, he was using the experience to learn about music and the music business. After leaving Stax, next stop for Dan was the Fleetwood Studio, where he recorded his first song.

Owned by Slim Wallace, Fleetwood Studios had been built on the proceeds of Thomas Wayne and The DeLons million-selling single Tragedy. At Fleetwood, Dan met Scotty Moore. The pair recorded a single Old Beale Street, which although it wasn’t a commercial success, started Dan’s recording career. Not long after that, Dan met George Jackson at Fleetwood. This would be someone that would play an important part in Dan’s career. Especially at Sounds Of Memphis. Before that, Dan’s career would take a few twists an turns.

By now, Dan was embarking on a career as a singer and songwriter. Working with producer Dorothy Hester he recorded two singles. He also released a further two singles for Nashville label Dot. During this period, Dan was working as a songwriter for Goldwax Records. His songwriting partner was George Jackson. They penned tracks for James Carr, Spencer Wiggins and The Ovations. While Dan and George forged a potent songwriting partnership. Sadly, this songwriting partnership, just like George and Greer didn’t last. However, when George Jackson and Dan Greer decided to form George and Greer, in 1966, they had dreams of matching the success of Sam and Dave at Stax Records.

Having formed their nascent partnership, George and Greer, the two men set about penning their debut single. The result was You Didn’t Know It, But You Had Me, which was released in 1966.

There would be no followup to George and Greer’s debut single, You Didn’t Know It, But You Had Me. Do The March was never released, and George and Greer’s recording career was cut short. Since then, Do The March and To Me It’s Storming have never been released. Neither have any of the other nineteen tracks on George Jackson and Dan Greer At Goldwax.

The rest of the tracks on George Jackson and Dan Greer At Goldwax was recorded during the rest of 1966 and early 1967. They were recorded during a series of songwriting sessions that took place at Goldwax Studios. Details of the session are sketchy. Some tracks feature just Dan or George, other feature George and Greer. Even working out who wrote some of the tracks has proved troublesome. As a result, these tracks are credited to Dan Greer and George Jackson, who for a short time, proved to be a potent partnership.

Of the songs credited to Dan Greer and George Jackson, the soul-baring Nothing Can Touch My Love I Have For You is a real find. So is A Road To Nowhere. On both tracks, the arrangements feature just piano and slow, pensive drums. The only difference is that Road To Nowhere, whose roots are in the church, features harmonies. Despite the understated arrangements, they prove effective and compelling. However, other tracks are even more understated.

Many of the tracks on Dan Greer and George Jackson At Goldwax feature just the piano and vocal. That’s not surprising. These tracks were demos, work and progress. This doesn’t matter. They’re absolutely captivating. This includes the celebration of love That’s Why I Love You, the needy, Come On and Make Up Your Mind, the hopeful Will You Be Around and It’s So Nice, a piano lead paean. It’s a real hidden gem that sounds as if it belongs on an Ovations album. Other tracks are tales of love lost, and love gone wrong.

This included Come Back And Help Me Save Our Romance, I’m Still In Love With You, I Can See Sadness Ahead Of Me and If I Thouht I Could Ride My Troubles Away. Each of these tracks are tinged with hurt and heartache. They feature vocals that sound as if they’ve lived the lyrics. I Don’t Want To Be Hurt sounds almost prophetic. It’s as if he’s been here before, and doesn’t want to make the same mistake twice. The same can be said of I Don’t Wanna Take A Chance, another tale of love gone wrong. Other tracks however, move in a different direction.

I’m Going To Straighten Up And Do Right has a spartan, jazz-tinged arrangement. What Do You Do has an upbeat, jaunty arrangement featuring flamboyant flourishes of piano and a charismatic. It oozes potential and who knows, might have been the track to give George and Greer a commercial breakthrough? However, that wasn’t to be.

George and Greer left no stone unturned in their quest for a hit single. They recorded covers of two George Jackson penned tracks, Don’t Wake Me Up and Fascination. Don’t Wake Me Up features one of the best arrangements, with swathes of cooing harmonies and a piano accompanying the vocal. Fascination is a piano lead ballad, that’s a reminder, if any was needed, of George Jackson’s songwriting skills. The other two tracks on  George Jackson and Dan Greer At Goldwax, saw George collaborate with other songwriting partners.

George Jackson wrote with a variety of songwriting partners. This included Quinton Claunch, who George cowrote Love Attack with. It was released as a single by James Carr in 1966, on Goldwax and reached number twenty-one in the US R&B charts and number ninety-nine in the US Billboard 100 charts.

On the flip side was Coming Back To You Baby, which was penned by George and Dan with Quinton Claunch and Rudolph Russell. These two cover versions show how George Jackson though these tracks should sound. They’re a very welcome addition to George Jackson and Dan Greer At Goldwax.

In 1966, Dan Penn decided to leave FAME Records. He decided to join Chips Moman at American Studios. For Rick Hall, owner of FAME, suddenly, he found himself looking for a new songwriter. Hearing good things about George Jackson, Rick Hall signed him to FAME. Now Dan Greer was without a songwriting partner. This prompted a change in career for Dan.

Rather than look for a new songwriting partner, Dan decided to concentrate on his sign-writing business, DSigns. He still wrote songs and released the occasional single. Another venture was production. Dan produced Marjorie Ingram’s singe A Good Man Is Hard To Find. It was released on Burnett Records, a New York label, owned by Eugene Bennett. He was an admirer of Dan’s work, so pointed him in the direction of Ode Records, who released Dan’s single Curiosity Killed The Cat. Sadly, the single wasn’t commercially successful. Despite this, Ode Records decided to release an album by Dan. So rather than record it in New York, Dan recorded it at Sounds Of Memphis’ studios, which was owned by Gene Lucchesi and Mike Curb, who just so happened to be president of MGM.

Gene had the latest equipment, he neither had an A&R man, nor a songwriter. That is, until Dan Greer arrived on the scene. Dan filled a huge void. Not only was he a songwriter, but he was producer. Then when he’d time, he was a recording artist. By then, George and Greer was just part of a career full of twists and turns. 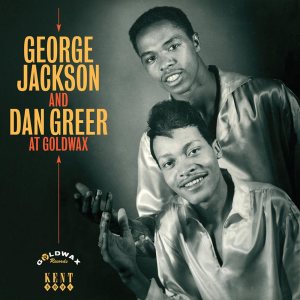 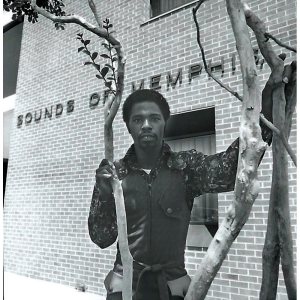 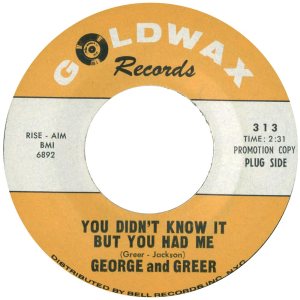 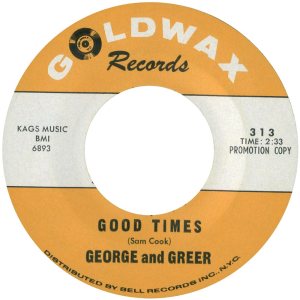