As the seventies dawned, HI Records was about to become one of Southern Soul’s leading labels. Their secret weapons were the Hi Rhythm Section and the Memphis Horns. They graced many a Hi Records release, and helped transform Al Green and Anne Peebles’ fortunes. Meanwhile, in Philly, M.F.S.B. were the session players the Mighty Three called upon.

The Might Three consisted of Thom Bell, Kenneth Gamble and Leon Huff. They would become Philly’s most successful producers. Thom Bell used M.F.S.B. on his recordings with The Deltonics, The Detroit Spinners and The Stylistics. By 1971, Gamble and Huff had founded Philadelphia International Records. Right through to 1975, the original lineup of M.F.S.B. would provide the backdrop to Gamble and Huff’s recording of Billy Paul, The O’Jays, The Three Degrees and Harold Melvin and The Bluenotes. M.F.S.B. played an important part in the success of Philadelphia International Records. That was the case with house bands across America.

On the West Coast, the legendary Wrecking Crew were Los Angeles’ go-to band for many producers. Unlike many of the bands who toiled in the soul factories like Motown, the Wrecking Crew were truly versatile. They played on everything from film and television soundtracks, to pop, psychedelia and rock, right through to soul and R&B recordings. The Wrecking Crew accompanied everyone from Phil Spector and Frank Zappa, right through to The Beach Boys, The Byrds, Leonard Cohen and The Association. Their versatility meant their services were always in demand. What also helped, was that the Wrecking Crew could improvise. Their off-the-cuff additions often transformed a recording. However, in Memphis, The Fame Gang were also able to transform a recording.

By the late sixties, Rick Hall’s Fame Records was enjoying one of the most successful periods in its history. This wasn’t just because of the records Fame Records were releasing. No. Fame Studios was often where the great and good headed to record singles or albums. However, the attraction wasn’t just the Fame Studio’s facilities, or Rick Hall’s skills as producer. Instead, it was The Fame Gang, Fame Records’ house band.

Just like many labels, The Fame Gang’s lineup gradually evolved. Musicians came and went. By the late sixties, three separate lineups of The Fame Gang had passed through Fame Records’ doors.

The Fame Gang story began in the early sixties. That’s when The Fame Gang Mk. 1 made their recording debut. Their lineup featured Terry Thompson, Jerry Harrigan, David Briggs and Norbert Putnam. They were responsible for Fame Records’ nascent soul sound. However, like many house bands, The Fame Gang’s lineup began to evolve.

Musicians came and went. Gradually, some of the most talented musicians in Muscle Shoals gravitated to Fame Records. This included Roger Dawkins, Jimmy Johnson, David Hood, Spooner Oldham and Junior Lowe. For five years, The Fame Gang Mk. 2 played on Fame Records’ releases. They also played on numerous other releases.

Ace Records’ Grits and Gravy-The Best Of The Fame Gang is a twenty-five track compilation. Essentially, it traces the development of The Fame Gang’s lineup. There were three separate lineups of the The Fame Gang. Each lineup featured some legendary musicians. They played their part in the sound and success of many Fame Records’ release, and numerous records recorded at Fame Studios. So, it made sense for The Fame Gang to release their own records.

This was a new addition. Never before had a horn section been a feature of The Fame Gang. Instead, horns, if required, were overdubbed later. However, the horn section weren’t a permanent fixture at Fame Studios. Instead, they were brought onboard as and when, they were needed.

The earliest recording on The Best Of The Fame Gang, was released in 1969. This was The Fame Gang’s single Soul Feud, a blistering fusion of soul, funk and blues. Searing guitar licks and stabs of blazing horns grab your attention. From there, The Fame Gang Mk. 3’s rhythm section get funky, adding a wah-wah guitar and blistering horns. A bluesy harmonica proves the finishing touch to a truly smoking The Fame Gang Mk. 3. On the flip side of Soul Feud, Grits And Gravy is a driving slice of funk. The version on The Best Of The Fame Gang, is an extended version. It wouldn’t sound out of place on a Blaxpoloitation soundtrack. Nor would it sound out of place if it been released in 1973. Rick Hall had caught a break with his latest lineup of The Fame Gang.

Sadly, The Fame Gang’s discography numbers just one album, and a trio of singles. However, for forty-five years, another seventeen tracks have lain unloved in the Fame Records’ vaults. They feature The Fame Gang fusing funk and soul seamlessly. It’s a joy to behold, and will appeal to anyone who likes their music funky or soulful.

Among the unissued tracks are covers of Syl Stone’s Stand and the Jimi Hendrix classic Hey Joe. That’s not all. The Fame Gang rework the blues classic Smokestack Lightning. Herbie Hancock’s Cantaloupe Island is also given an makeover. Elements of funk, soul and jazz are combined by The Fame Gang. They’re just a few of the highlights. Other highlights included the slow, languid Shoalin’ and Muscle Soul, a fusion of jazz and funk. Twenty Five Miles, which Johnny Bristol cowrote with Harvey Fuqua, Edwin Hatcher and Bert Russell takes on new meaning. That’s thanks to The Fame Gang’s talent and versatility.

Throughout Grits and Gravy-The Best Of The Fame Gang, which was recently released by BGP, an imprint of Ace Records, The Fame Gang Mk. 3 never miss a beat. They take familiar tracks in a new direction. This they were able to do effortlessly. Each of the members of The Fame Gang Mk. 3 seemed to know exactly what the others were going to do next. They also knew how to give a track a new twist.

What it’s possible to say, is that they were one of the greatest house bands in soul music. That’s apparent when you listen to Grits and Gravy-The Best Of The Fame Gang, which features The Fame Gang Mk. 3, which Rick Hall regards as Fame Records finest house band. Coming from such a legendary producer, that’s high praise indeed. 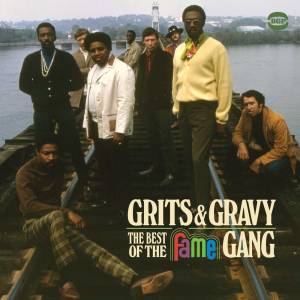 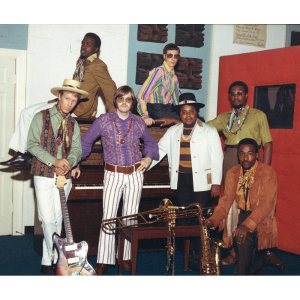 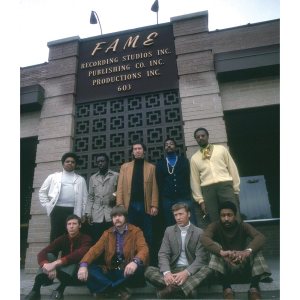 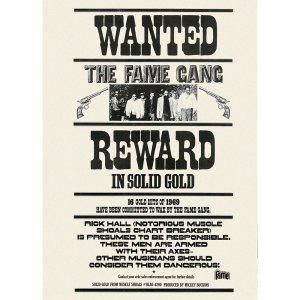