Most people have no idea the time and effort it takes to compile a compilation. Done properly, it can be a frustrating and time consuming. The Psychemagik team realised that last year, when they started to compile Psychemagik Presents Magik Sunset-Part One, which was released on Leng Records on 27th April 2014. It’s the final chapter in Psychemagik’s “Magik” series, and the result of over a years hard work.

Work began on Psychemagik Presents Magik Sunset-Part One last year. That’s when the Psychemagik began picking the tracks that they hoped would find their way onto the compilation. That took time. The Psychemagik team had to wade through a mountain of music.

This is music that Psychemagik have discovered on previous crate-digging trips. Whether it’s record shops, thrift stores, dusty warehouses or garage sales, no source of vinyl is left undisturbed. If it was, that would lead to sleepless nights. After all, that pile of vinyl might just contain that elusive hidden gem. Often, it does.

That’s why. when Psychemagik were compiling Psychemagik Presents Magik Sunset-Part One, they had plenty quality of music to choose from. Their previous crate digging mission had paid off. Psychemagik found themselves surrounded by rarities aplenty. However, there was a problem.

Many of the tracks Psychemagik had chosen, were private pressings. Often, they were released in limited numbers. Sometimes, only a few hundred copies were pressed. These tracks were often only released in America or parts of Europe. This really complicated matters.

If a compiler wants to use a track on a compilation, they need to license it. This is fairly straightforward with major labels. One particular label has a website where they take the compiler through the licensing process, step-by-step. However, private pressings are another matter.

Tracking down the artist can be time consuming and often, ultimately fruitless. Especially, if the tracks was recorded thirty or forty years ago. For the compiler, they’re forced to become Dick Tracey, Private Investigator. However, quickly, the compiler can run into any manner of obstacles. The artist can have moved, changed their name or sadly, even died. For a compiler sitting on a killer track, this is hugely frustrating.

Some labels unable to get clearance for the killer track, will still take a chance, and release the compilation with the track included. That’s not advisable. If they do that, they should then hold royalties in an escrow account. Sadly, not all record companies do that. Thankfully, nowadays, most labels and compilers ensure they have clearance to use a track.

Psychemagik were lucky, they managed to track down all the artists whose tracks they wanted to use. They were delighted that tracks they had recorded twenty or thirty years ago, as a private pressing, were about to reach a new audience on the newly released Psychemagik Presents Magik Sunset-Part One.

There’s everything from ambient, Balearica, boogie, cosmic disco and electronica, to jazz, folk rock, psychedelia and soul. That’s not forgetting Eastern influences, prog rock, soft rock on this breathtaking and mind-blowing musical journey, which I’ll pick the highlights of.

Bobby Brown’s My Hawaiian Home opens disc one of Psychemagik Presents Magik Sunset-Part One. It’s a track from Bobby’s 1972 debut album The Enlightening Beam Of Axonda By Bobby. Released in 1972, on Destiny Records, The Enlightening Beam Of Axonda By Bobby is a real rarity. Copies in good condition change hands for $125. No wonder. My Hawaiian Home, with its fusion of psychedelia, folk rock and Eastern influences it’s a captivating track. You’re hooked and will want to hear more from Bobby Brown.

Summer Wind is a track from Kathy Stack’s 1982 eponymous album. It was released on the Canadian label, Clam Flats Music. Copies of the original album are hard to come by. That’s not surprising. Kathy Stack was a private pressing, so a limited number of albums would be pressed. Those who own copies, seem reluctant to sell. No wonder. Kathy Stack is a talented vocalist, who combines elements of country, folk and even funk on the beautiful Summer Wind.

Mother Funk are responsible for a truly beautiful, hopeful ballad Sunshine. Stylistically, it sounds similar to Knockin’ On Heaven’s Door. It’s akin to a homage to Bob Dylan’s classic track. Bobby Cirilli cowrote and co-produced this glorious slice of musical Sunshine, that makes the world a better place.

In 1978, Greg Sonnleitner contributed a trio of tracks to a compilation Music From Santa Cruz Volume 1. It was released on Aardvark Records. Greg’s first contribution was As Long As I’m With You. He then collaborated with Phil Danielson with California Has It’s Faults. However, his finest moment is Misunderstood. It’s a fusion of blues, rock and a soulful vocal from Greg. His vocal is a mixture of frustration and sadness as he breathes emotion and meaning into the poignant lyrics.

The Nathan Perkins Band’s contribution is Soul Keepers. It sees Psychemagik Presents Magik Sunset-Part One head in a different direction. The music veers between understated, wistful and hopeful. Elements of folk and jazz shine through on this thoughtful sounding hidden gem.

Straight away, musical genres melt into one on Crosssection’s Over Again. Soft rock and funk are omnipresent. Chuckie Huff’s vocal and the additional harmonies add a soulful twist, to this Michael Richards’ penned track. It sounds as if it has been inspired by the Electric Light Orchestra circa, out Out Of The Blue. Sadly, Over Again, which is a real rarity, proved to be Crosssection’s only single.

Majik’s Take Me There was edited by Psychemagik. It’s their only edit on Psychemagik Presents Magik Sunset-Part One. Take Me There was penned by songwriter and saxophonist Tom McCormick, and produced by Ray Cork, Jr. The track is best described as a fusion of jazz, soul jazz and prog rock. However, the finishing touch is the vocal. It sounds as if it’s been inspired by Tom Waits and Dr. John. This results in a truly captivating and memorable track.

The Al-Dos Band only ever released one single, Doing Our Thing With Pride. It was released in 1977, on Warner Production, a label based in South Carolina. William and Elizabeth Robinson wrote Doing Our Thing, which in thanks to the Al-Dos Band, becomes a hopeful slice of funky, soulful music.

Thirty years ago, in 1985, Jake and Sharon Hottell released their debut album, Break The Chains. It was released on Horizon Records And Tapes. Sadly, it proved to be their only album. I say sadly, because Horizon, a track from Break The Chains shows that Jake had potential. On Horizon, Derald McCabe delivers a half-spoken vocal above slow, moody arrangement. Elements of ambient and new age music combine, to create what’s without doubt, a hidden gem.

1979 wasn’t the best year for The Electric Collection to release their only single. However, Groovy, which was released on Japanese label Casablanca Records, hit the shops in 1979. Back then, disco was at death’s door. However, Groovy was a fusion of disco, boogie and  rocky guitars. When the guitars drop out, a vocoder is used to deliver a futuristic vocal. It’s as if The Electric Collection realised the end was neigh for disco, and were readying themselves for boogie’s onslaught.

Gene Lawrence’s After Sunrise was a track from his Sunset To Sunrise album. It was released on the Semp Production label, which was based in Trinidad and Tobago. After Sunrise is an eclectic track. Elements of Latin, jazz and sci-fi sounds melt seamlessly together with soulful harmonies, creating a laid-back vibe.

Klaus Schulze is credited with discovering German prog-rock band P’Cock. Seamlessly, they were able to fuse electronica, jazz and rock. That’s apparent on Telephone Song, from 3, their third and sadly, final album. It was produced by Achim Albrecht, and released on Ohrwurm Records, in 1983. Telephone Songs is laid-back, melodic, soulful and blessed with a summery sound.

Closing Psychemagik Presents Magik Sunset-Part One is High Flyer, a track from Terry Brooks and Strange. High Flyer was the title of Terry Brooks and Strange’s fourth album. It was released in 1981, on the Star People Records Inc. label. Moody and atmospheric, it’s the perfect type of track for a chill out set, when people are unwinding after a night’s clubbing. It’s also the perfect way to close disc one of Psychemagik Presents Magik Sunset-Part One

Referring to Psychemagik Presents Magik Sunset-Part One as eclectic, is almost an understatement. After all, how many other compilations see the compiler take the listener on genre-hopping musical adventure. Everything from ambient, Balearica, boogie, cosmic disco and electronica, to jazz, folk rock, psychedelia and soul melts into one. Then there Eastern influences, prog rock, soft rock and soul jazz on this breathtaking and mind-blowing musical journey.

Over Psychemagik Presents Magik Sunset-Part One’s fourteen tracks, were introduced to familiar faces and new names. There’s contributions from Bobby Brown, Kathy Stack, Mother Funk, Nathan Perkins Band, Al-Dos Band, Jake Hottell, The Electric Connection, Gene Lawrence, P-Cock and Terry Brooks and Strange. They play their part in what’s without doubt, the best compilation in Psychemagik’s Magik series, Psychemagik Presents Magik Sunset-Part One. It was recently released by Leng Records, and was meant to bring to a close Psychemagik’s “Magik” compilation series. Or does it?

There’s a reason for this. Psychemagik are renowned crate diggers. That’s why they’re the go-to-guys for DJs looking for that hard to find track. Thankfully, they’ve kept a few hidden gems for themselves. They feature on Psychemagik Presents Magik Sunset-Part One, the latest critically acclaimed compilation from Psychemagik, crate-diggers extraordinaire. 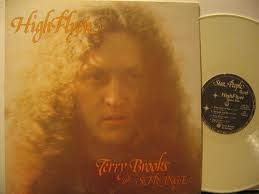