Over the last nine years, Lakker have called various labels home. As a result, Lakker have been like musical nomads, moving from label to label. These labels have been based in Berlin, Dublin and London. Often, Lakker were only signed to a label for a short time, moving on after one or two releases. That isn’t ideal for Lakker.

Like any artist or group, Lakker would rather find the right label, and sign to it. This would afford them some security. Then they can get on with doing what they do best…make music. Last year, Lakker found the right label.

Signing to R&S Records just so happen to coincide with Lakker releasing some of the best music of their career. This included the release of two critically acclaimed E.P.s Lakker released in 2014. The first was the Containing A Thousand E.P. Next was the Mountain Divide EP. Both E.P.s saw plaudits heaped on the Dublin based production duo. After the success of the two E.P.s it was almost inevitable that Lakker would release an album.

This was something that Lakker hadn’t done  since their 2007 debut album, Ruido. Since then, Lakker’s career has been full of twists and turns. That’s not forgetting numerous labels. However, now signed to R&S Records, Lakker began work on what would become Tundra. It was released on 11th May 2015, on R&S Records. It’s been a long time coming from Lakker.

Eight years to be precise. Lakker had released their debut E.P. Cosas’ label, in May 2006. It was released on Irish net-label Alphabet Set. Cosas was well received. This prompted Lakker to return to the studio, to begin work on their debut album. When they returned a year later, Lakker had moved labels for the first time. However, it wouldn’t be the last time.

Lakker returned with their debut album, Ruido,in 2007. Ruido was released another Irish label, Ladybird. Just like the Cosas E.P., Ruido was well received. Things were looking good for the two members of Lakker, Dara Smith and Ian McDonnell.

Or so it seemed. In June 2008, Lakker released another E.P., Ruido (Acroplane Remixes). It was released on another Irish label Acroplane Recordings. This would be the last we heard of Lakker for three years.

After their three year musical sabbatical, Lakker returned in 2011 with their single Spider Silk. It was released on Berlin based label, Killekill. Lakker it seemed, had landed on their feet. Killekill were perceived as a label going places. However, for Lakker, Spider Silk was a one-off release.

2012 saw Lakker release two E.P.s on London based Blueprint. The Torann E.P. and Arc E.P. marked a return to form from Lakker. Then as 2012 drew to a close, Lakker released their Deathmask E.P. in December. By then, Lakker’s star was in the ascendancy. Their lives shows were winning friends amongst the dance music community. Laurent Garnier, James Ruskin and Aphex Twin were all fans of Lakker. 2013 was shaping up to be a big year from the Dublin based duo.

As 2013 took shape, Lakker returned with the first of two E.P.s, Coal Bath. Later in 2013, the Untitled E.P. was released on the Berlin-based label, Stroboscopic Artefacts. Both E.P.s were well received. However, things were about to get even better, when Lakker found a label they could call home, R&S Records.

Lakker’s signing to R&S Records coincided with Lakker releasing some of the best music of their career. This included the two critically acclaimed E.P.s Lakker released in 2014. The first was the Containing A Thousand E.P. Next was the Mountain Divide EP. Both E.P.s saw plaudits heaped on the Dublin based production duo. After the success of the two E.P.s it was almost inevitable that Lakker would release an album.

Tundra was released on 11th May 2015. It’s eclectic album from Lakker. No wonder. They’ve been inspired and influenced various labels, singers and groups. One influence is the music released by No U-Turn Records. Then there’s  the choral music of Arvo Part. Other influences include Merzbow, early Human League and raw, ethnic music. The resultant album Tundra, is the album that many within the music industry knew Lakker were capable of making.

To make what’s a career defining album, Lakker have combined the organic and synthetic. Sometimes, the lines have been blurred. Deciding which is which isn’t easy.

Especially with: “voices that sound like synths, and synths that sound like voices.” That’s not the only curveball on Tundra. What about the inclusion of  field recordings from motorway tunnels in Japan? Then there’s recordings of church bells from Schöneberg. Recordings of a female choir from Dublin and Inuit throat singers play their part in the sound and success of Tundra, which I’ll tell you about.

A tender, ethereal vocal is panned on Milch. The arrangement is floaty and dreamy. There’s a downtempo sound. That’s until thunderous techno drums make their presence felt. They dominate the arrangement, while the ethereal vocal floats in and out. Soon its beauty and elegance increase. All the time, the thunderous drums charge along. However, despite their volume, it’s the spellbinding beauty of the vocal that captivates.

As synths create a moody, broody arrangement, drums pulsate on Mountain Divide. Later, Hendrix-inspired feedback is unleashed. The tiger is tamed though. From chaos, comes order. So does an elegiac, melodic sound. Gradually, it makes its presence felt. Mostly though, the music is dark, dramatic and pulsating. There’s almost a futuristic, cinematic sound. Especially when synths cascade and chime, drums skip and gallop and hi-hats hiss. They play their part in cinematic soundtrack for the sci-fi generation.

Vocalist Eileen Carpio features on Three Songs. Her elegiac, ethereal vocals will stop the listener in their tracks. It also adds to the melodic nature of Three Songs. She sings unaccompanied. Then her vocal drops out. Pounding, thunderous drums are added. They’re distorted. So are the Acid House synths. They sit back in the mix. Above the arrangement is the angelic, ethereal sound of Eileen Carpio’s vocal. It’s at the heart of the track’s success

Droning, buzzing synths sweep in as Ton’neru unfolds. Galloping, pounding drums join beeping, squeaking synths. Soon, a myriad of moody, atmospheric sounds flit in and out. Panning is used effectively, moving sounds around the arrangement. At one stage, you’re assailed and surrounded by this unpredictable and fascinating fusion of man and machine.

Tundra, the title-track is another genre-melting track. Techno is main influence. Then there’s elements of ambient, drone, electronica and experimental music. There’s even a nod to Kraftwerk’s Radio Activity. That comes courtesy of the clicks and crackles in the background. These type of sounds have recently become more prominent on techno tracks. Often they sit in the background, adding another layer. That’s not the case here. They play more than a walk-on role. As the mesmeric arrangement unfolds, Tundra sounds as if it’s been inspired by Kraftwerk’s Autobahn. It’s like a six minute musical journey courtesy of The Man Machine that is Lakker.

The drums on Pylon pound and then reverberate. They’re soon joined by washes of crackly synths. Soon, bells briefly ring out melodically. Mostly drums click and pound, while synths crackle. Occasionally a train whistles and piano plays. Later, a gong sounds, bells chime and a melody is picked out carefully on a piano. By then, you’re listening intently, decoding the disparate sounds that Lakker unleash on this innovative fusion of organic and synthetic sounds.

Hypnotic describes Oktavist perfectly. Whether it’s the drones, cracks, keyboards or drums, they’re hypnotic. The droning sound of the track has a hypnotic effect. You’re drawn into the track, intent on exploring its subtleties and nuances. Sometimes, there’s a melodic twist. Other times, Oktavist takes on an industrial sound, as Lakker push musical boundaries to their limits.

Herald, which closes Tundra is another genre-defying track. Lakker seem determined to explore other musical genres. This includes avant-garde and experimental. However, elements of ambient music shine through, resulting in a track that’s wistful, dreamy and lysergic.

The music on Tundra is variously challenging, dramatic, dreamy, ethereal, hypnotic, lysergic, melodic, mesmeric and wistful. Influences melt into one. This includes the music released by No U-Turn Records and the choral music of Arvo Part. Other influences include Merzbow, early Human League, Jimi Hendrix, Kraftwerk and raw, ethnic music. These disparate influences play their part in Tundra, the album that many within the music industry knew Lakker were capable of making.

To make what’s a career defining album, Tundra, Lakker have combined the organic and synthetic. In doing so, the lines have been blurred. Deciding which is which, isn’t easy. Especially when Lakker include “voices that sound like synths, and synths that sound like voices.” That’s one of many curveballs on Tundra.

As the ten tracks on Tundra unfold, it’s almost impossible to second-guess Lakker. When you do, Lakker take Tundra in the opposite direction. In doing so, the two members of Lakker, Dara Smith and Ian McDonnell take you on a captivating musical journey. All you can do, is sit back and enjoy this magical, musical mystery tour.

As you do, ten soundscapes unfold on Tundra. Each and every one, is very different from its predecessor. That’s no bad thing. Never will Lakker be accused of being predictable. They’re don’t rest on their laurels. No. Instead, Lakker make music that’s exciting, innovative and full of nuances, subtleties and surprises.

That’s what Lakker have been doing for the last nine years. However, for much of that time, Lakker have lead a nomadic existence. They’ve moved from label to label. Often, Lakker move on after one or two releases. However, in 2014 that changed.

Lakker signed to R&S Records. This just happened to coincide with one of the most fruitful periods of Lakker’s nine year career. Since then, Lakker have released some of the best music of their career. This includes two critically acclaimed E.P.s, and Lakker’s new album Tundra, which is a career  defining album from the Dublin based duo. 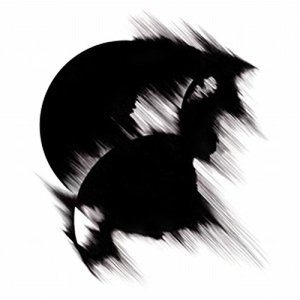