In 1963, sisters Nancy and Sally Ross were attending a Beach Boys concert in Sacramento. That concert would change their lives. Buoyed by having witnessed the Beach Boys at the peak of their powers, Nancy hit on the idea of forming a band.

Sally Ross who was only thirteen, volunteered to play the bass, while her elder sister Nancy became the lead vocalist. They were joined by three school friends. Kathy Pennison played drums, Piper Minas lead guitar and Karen Kochie on rhythm guitar. With the lineup in place, all the nascent band needed was a name.

The Sacramento quintet were looking for a name that reflected their rebellious, bad girl image, so they hit upon The Hairem, which would eventually become She. Both of these bands music is celebrated on a recently released fourteen track compilation She…Wants A Piece Of You. It was released on 180g cerise vinyl, by Big Beat Records, an imprint of Ace Records. She…Wants A Piece Of You is a reminder of one of the most popular Californian female garage bands of the sixties.

With their lineup in place, The Hairem set about honing their sound. This would take time and patience. However, The Hairem had an advantage over other similar bands. They were able to play their instruments. What’s more, unlike many new groups, The Hairem were able to write their own songs. This made The Hairem stand out from the crowd. Many garage bands played just cover versions. Not The Hairem.

From the The Hairem’s early days, they were writing their own songs. These songs packed a punch, oozing attitude and a rebelliousness that belied their years. The Hairem’s music was loud and occasionally crude stylistically. However, their music was always original and able to captivate an audience. It was essentially proto-punk before the word had been thought of. So it’s no surprise that The Hairem were a popular draw.

As The Hairem played the local circuit, their reputation began to grow. Soon, the young band were establishing a reputation further afield. The Hairem were winning friends and influencing people with their unique brand of garage rock. By 1966, having honed their sound, The Hairem were ready to make the next step, by entering the recording studio for the first time.

In 1966, The Hairem headed to Brandt Studios, where Bill Rase would produce their first recording sessions. Among the songs they cut, were the defiant Not For Me and Like A Snake. Come On Along and Hey You have an dreamy, distant, ethereal sound. These four tracks show different sides to The Hairem and feature on She…Wants A Piece Of You. So does Bus Stop, which later would become one of She’s best known tracks Outta Reach. However, that was still to come. Before that, a change was gonna come.

The Brandt Studios’ sessions in 1966, was the one and only time this lineup of The Hairem entered the studio. They continued together right up until 1967, when five became four.

As 1967 drew to a close, The Hairem’s lineup changed. The Ross sisters were joined by drummer Ginny Revis and guitarist Kathy Rice. Now reduced to a quartet, The Hairem were playing open air concerts in parks and at love-ins. They also were a regular fixture on the club and college circuit.

While they played occasional gigs at parks and love-ins, the band found more work on the club and college circuit. It was around this time that a new member joined The Hairem, and again, four  became five.

The latest addition to The Hairem’s ranks was Joann Claudianos. Nancy and Joann duetted on a number of tracks. Unsurprisingly, this lead to comparisons with Jefferson Airplane. This new sound was aired on a demo cut in early 1969. By then, a lot had changed.

The first change was that in early 1969, two new members had joined the band. Reesha Scarborough was now the drummer, while  Karen Luther played organ. However, the biggest change was the name. Now The The Hairem were now known as She.

Inspiration for the band’s new name came from a Henry Rider Haggar’s classic novel She. With a new name, She recorded two new tracks, Giving Up and Bad Girl, one of their most notorious tracks. Its sound went hand in hand with She’s infamous Bad Girl image. This image had been cultivated over a five year period. Over that period, She had honed their music, growing and improving as a band. They were more than ready to release their debut single.

Six years after first forming as The Hairem, She at last, got the opportunity to record a single for Los Angeles’ based Kent Records. The track chosen was Boy Little Boy. It features on She…Wants A Piece Of You. So does the flip side, Outta Reach. It’s one of She’s finest musical moments. It started life as Bus Stop, but by 1970, had been transformed into Outta Reach, a defiant slice of psychedelia. Why it wasn’t chosen as a single seems strange. Outta Reach features She at their very best. Everyone, including the new recruits play their part in the song’s sound and success. However, Outta Reach was destined to the B-Side.

Ironically, when Boy Little Boy was released by Kent Records in 1970, it failed commercially. By then, psychedelia was well on its way to becoming yesterday’s sound. She had released the wrong song  at the wrong time.

How different things could’ve been if She had released their debut single a year or two earlier? They were certainly ready, and had been for several years. That’s apparent when one listens to She…Wants A Piece Of You. Tracks like Roll, Piece Of You and Don’t Go Home Tonight are proof of that. However, for whatever reason, She never released their debut single earlier. This may have hastened the demise of She.

Just a year later, and She were no more. There was no bad feeling or breakup, the group just seemed to have run its course. Members left the band to pursue other interests. For some, college and university beckoned. Relationships were also blossoming. She was part of their past.

The Ross sisters had spent seven years years chasing the dream, firstly as The Hareim, and then as She. Sadly, they never quite fulfilled their potential. She had the talent to make a breakthrough. They were a talented group, one who unlike many other garage bands, were able to play their own instruments and write their own material. On top of that, She had carefully crafted an image. Everything was in place for success to come She’s way. However, it never happened.

Despite cutting a demo, and then releasing Boy Oh Boy as a single in 1970, She never enjoyed commercial success outside the Sacramento area. That came later.

Just like so many other groups, The Hareim and She’s music was only appreciated well after they had split-up. Connoisseurs of both garage bands and girl groups have since discovered She’s music. This began when copies of Boy Oh Boy were discovered. The curious flipped over to the B-Side, and gave Outta Reach a spin. They discovered hidden psychedelic, garage gold. However, there wasn’t any more of She’s music to discover. Then in 1989, Big Beat Records, a subsidiary of Ace Records released She…Wants A Piece Of You on compact disc. This nineteen track compilation was a comprehensive overview of The Hareim and She’s music. It helped spread word of the Wilson sister’s two groups. Since then, The Hareim and She’s star has been in the ascendancy. 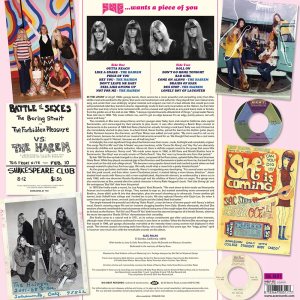 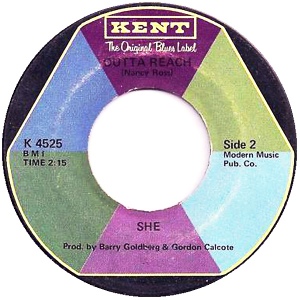 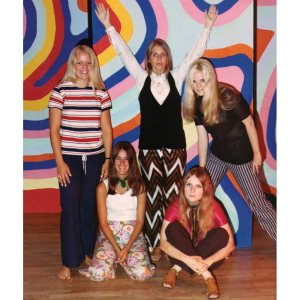 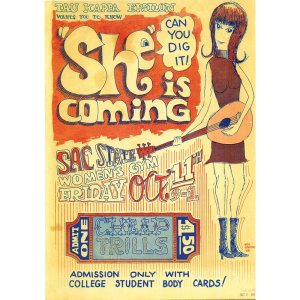