For a generation of British teenagers who embarked upon a lifelong love affair with music during the fifties and sixties, the London American Recordings will forever have a place in their heart. London American Recordings was the label that introduced a British music lovers to American pop, rock ’n’ roll and soul. It licensed and released the latest American hit singles in Britain. This had been the case since the mid-fifties.

London American had been licensing singles by Atlantic, Chess, Dot, Imperial, Speciality and Sun Records since the fifties. By the sixties, further labels were licensing their releases to London American. This would include Big Town, Hi Records, Monument and Philles Records. For a generation of music lovers, this made anything featuring the London American label essential listening. It was part of their musical education.

Only by listening to London American’s releases, were music lovers able to keep track of the latest music trends. They usually started in America, then took Britain by storm. Time and time, this proved to be the case. That’s why, for a generation of music lovers, the London American label has a special place in their heart.

Darrow Fletcher was only fifteen when he released The Pain Gets A Little Deeper in 1966. Despite his tender years, this soulful offering reached number eighty-nine in the Billboard 100 and twenty-three in the US R&B chart. It would also become a favourite on the nascent Northern Soul scene.

Judy Collins had been signed to Elektra Records since 1961. She was a contemporary of Bob Dylan, who had frequented the coffee shops of Greenwich Village. By 1966, her music is best described as folk-rock. That certainly describes I’ll Keep It With Mine, which features a truly impassioned vocal from Judy.

In 1966, The American Poets were signed to Symbol Records. They had started their career at Imperial. However, commercial success eluded them. So, they moved to Symbol Records. That’s where the recorded what was their finest hour, She Blew A Good Thing. On its release, She Blew A Good Thing reached number forty-five on the US Billboard 100. It was then licensed by London American, but wasn’t a commercial success. However, it became a favourite on the Northern Soul scene, and nowadays, is a sought after rarity.

Johnny Otis’ Hand Jive was an oft-covered song. In 1966, The Strangeloves decided to cover the song. They were a studio based group, put together by the production team of Bob Feldman, Jerry Goldstein and Richard Gottehrer. The F-G-G production team had enjoyed a degree of success. However, their luck ran out when their poppy cover of Hand Jive stalled at number 100 in the US Billboard 100.

The Association are one of the most underrated of the sixties folk-rock groups. They were based in L.A. Success didn’t come quickly for The Association. Their 1965 single, Along Comes Mary was the first to chart, reaching number seven in the US Billboard 100. So, Valiant Records sent them into the studio, where they recorded the 1966 album And Then…Along Comes The Association. It featured the tender, thoughtful ballad Cherish. When it was released in September 1966, The Association hit the jackpot. Cherish reached number one, where it spent three weeks. This was the start of a seven year period where The Association could do no wrong.

We The People were one of many garage bands based in Orlando, Florida. They released You Burn Me Up And Down as a single on the Apex label in 1966. It reached number seventeen on the US Billboard 100, and gave We The People the biggest hit of their career.

Like many bands, Love were more of an albums band, than singles bad. None of their singles made much of an impression on the charts. 7 And 7 Is was the exception. It’s a track from their sophomore album De Capo. When 7 And 7 Is was released as a single, reached number thirty-three on the US Billboard 100. Given its undoubtable quality, 7 And the Arthur Lee penned 7 Is never reached the heights it should’ve. However, nearly forty years later, and De Capo is regarded as a classic album, and Love as one of the most influential and innovative bands of the late sixties. Their fusion of psychedelia and rock is remembered fondly by a generation.

Closing The London American Label Year By Year 1966 is Ike and Tina Turner’s River Deep-Mountain High. It’s a Phil Spector, Jeff Barry and Ellie Greenwich composition. When it was released in America, it stalled at number eighty-eight in the US Billboard 100. However, when River Deep-Mountain High was released in Britain, it reached number one, and was the biggest selling single of 1966. That seems a fitting way to close The London American Label Year By Year 1966.

Just like previous volumes in the series, The London American Label Year By Year 1966 is a fascinating and eclectic musical document. It demonstrates the sheer variety of music being released during 1966. There’s everything from folk, garage, pop, psychedelia, R&B, rock and soul. Eclectic is the best way to describe The London American Label Year By Year 1966. There’s tracks from  The Vogues, Darrell Banks, The Butterfield Blues Band and Judy Collins, to Gene Vincent, Joe Simon, The Righteous Brothers, The Association, Barbara Lynn, Love and Ike and Tina Turner.  Hits sit side-by-side with misses. Similarly, classics and hidden gems rub shoulders on The London American Label Year By Year 1966. Just like previous volumes, it was compiled by Tony Rounce. 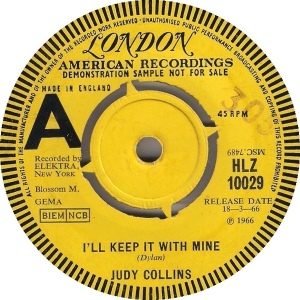 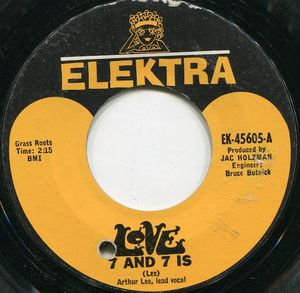 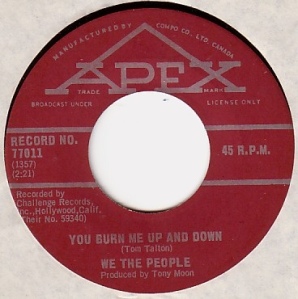