Errors have come a long way since they were formed in Glasgow, in 2004, by Simon Ward, Greg Paterson and Stephen Livingstone. Back then, Errors’ makeshift studio was a bedroom. That was the Glasgow based musical alchemists laboratory. Through experimentation and innovation, Errors sound began to evolve, and earlier this year, released their fifth album Lease Of Life, on Mogwai’s Rock Action Records.

On Lease Of Life, Errors paint pictures with your music. Sometimes, they toy with your emotions on tracks like New Winged Fire and Early Nights. For much of the time, it’s as if Errors are providing the soundtrack to a series of short films. You can’t help let your imagination run riot. Before your eyes, plots and scenarios unfold. It’s an intriguing and captivating listen. Maybe Errors will follow in Mogwai’s footsteps and start making soundtracks? They certainly have the ability to do so.Then other times, Errors head for the dance-floor.

Somehow, Errors have managed to make an album that will appeal to everyone. Whether it’s the slower cinematic tracks, or the hands in the air anthems, there’s something for everyone on Lease Of Life. It features comeback Kings  Errors making return to form with what’s undoubtably a career defining album. 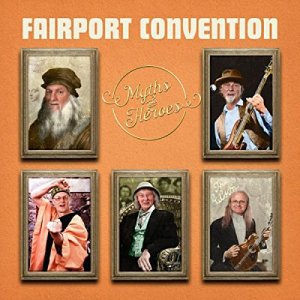 Playing an important part in the rise and rise of the Norwegian music scene are the three members of Finland;  Ivar Grydeland, Pål Hausken, Morten Qvenild and Jo Berger Myhre. They’ve been members of various bands and worked with numerous artists on a variety of projects.  Given the schedules of the various members of Finland, they could be forgiven for sticking to their “day jobs.” There was no chance of that. The members of Finland love music, and formed what can only be described as a multitalented supergroup. Finland’s debut album Rainy Omen, released in July 2015, by Hubro Music.

Finland was like a meeting of minds. Each of the members of Finland’s musical raison d’être was to make groundbreaking music. They wanted to push musical boundaries to their limits, and sometimes, way beyond. That’s what they do on Rainy Omen. The music in innovative, inventive and genre-melting. Elements of avant garde, experimental, industrial, jazz, psychedelia and rock are combined to make music that’s veers between atmospheric and cinematic to dark and dramatic. Other times, the music on Rainy Omen flits between beautiful to ethereal, and between lysergic and trippy. Always, though, the music on Rainy Omen is captivating, and I eagerly await Finland’s sophomore album.

Disc one Piano Recordings; features eight of Florian’s favourite released and unreleased recordings and compositions. Some are Florian and his piano prove a potent combination. Patterns appear, only to disappear and recur. Then Florian heads off in an unexpected direction. He improvises and experiments, fusing classical and improvisational music. The resulting music veers between beautiful and bewitching, to captivating, dramatic, ethereal, spellbinding and spiritual. That’s also the case on the unreleased soundtrack on disc two.

The soundtrack to Kailash: Pilgrimage To The Throne Of The Gods, features on disc two; while the film can be found on the accompanying DVD. Both are captivating. Especially the ten ethereal soundscapes. They’re cinematic, ethereal, dramatic and spiritual. It’s another captivating listen; that maybe, the Florian Fricke/PopolVuh Kailash box set will introduce Florian Fricke and PopolVuh’s music to a wider audience.

Prolific. That’s a word that is often used to describe musicians. Often that’s an exaggeration. Not in the case of Geir Sundstøl. Since his career began in 1988, Geir Sundstøl has featured on 260 different albums. This includes the albums he recorded as member of Rovers, and then Morris. Mostly, though, Geir Sundstøl has worked as the musical equivalent of a hired gun, playing a multitude of musical instruments on albums and live.  Geir Sundstøl has done just about everything. That was apart from release a debut album. He rectified this in September 2015, when Furulund was released on Hubro Music.

The music on Furulund is variously atmospheric, beautiful, broody, cinematic, dramatic, dreamy, ethereal, melancholy and moody. It’s capable of taking the listener on a journey. All the listener needs to supply is their imagination. Geir Sundstøl supplies the music. Sometimes, the music sounds as if it belongs on a Spaghetti Western. Another track, Punsj, sound as if they belong on a Wim Wenders soundtrack. Other influences include the Cocteau Twins, Brian Eno, and Buddhist music. Add to this, ambient, Americana, blues, country, folk, post-rock and rock. Each and every one of these influences are part of the sound and success of the cinematic and cerebral Furulund.

Just two years have passed since Gloria released their eponymous debut album. Since 2013, Gloria’s star has been in the ascendancy. They’re regarded as one of the rising stars of the German music scene. That’s why their sophomore album Geister, has been so eagerly awaited. It was released byBerlin based  Grönland Records, in 2915, and features a tight and talented band. They come across as self-assured and confident, as seamlessly, Gloria combine brief moments of ambient with elements of indie rock, pop and post rock on Geister.

For anyone who enjoys well-crafted, cerebral and emotive music then Geister is sure to appeal to them. It’s melancholy, pensive and reflective music. That’s not all. The music on Geister is also beautiful, sometimes hopeful and joyful. Geister is also awash with a plethora of hooks. They grab the listener’s attention, and soon they’re captivated. What follows is music that’s variously anthemic, melodic, contemplative, reflective and thought-provoking. Geister, which is Gloria’s latest and greatest album, is designed to make the listener think, and certainly does that.

For the last three decades, Goran Kajfeš has been a key figure in the Swedish music scene.There’s a reason for this. Goran Kajfeš has constantly been  releasing groundbreaking, genre-melting music. To do this, Goran has pushed musical boundaries to their limits, and sometimes, way beyond. This resulted in Goran Kajfeš Subtropic Arkestra’s The Reason Why Volume 1 being nominated for a Swedish Grammy in 2013. Goran Kajfeš’ “acid rock with horns” was winning friends and influencing people. Two years later, and The Reason Why Volume 2 was released on Headspin Records.

For nine years, musical alchemists Huntsville have been creating groundbreaking, genre-melting music. They released their fifth album Pond on Hubro Music.  Pond was a Joycean sonic voyage of discovery, where Huntsville combine disparate musical genres and influences on four epic tracks.  With Huntsville supplying the music, all the listener needs to do is  let their imagination run riot.

What follows is akin to a four part play, where Huntsville supply a musical backdrop. The music can be melancholy and thoughtful. Other times, it’s moody and broody, but can just as easily become crystalline, elegiac and ethereal, as musical influences and genres melt into one.

This includes  elements of ambient, avant-garde, electronica, experimental, free jazz, industrial, post rock, psychedelia and rock. Huntsville also draw inspiration from some of their musical heroes, including Miles Davis, Steve Reich, Ennio Morricone and early Tortoise. Other influences include Brian Eno, Can, Harold Budd, John Martyn, Mind Over Midi, Neu! and Pink Floyd. That’s an eclectic mix. However, all these influences can be heard on Pond, a truly captivating and innovative album from musical alchemists Huntsville. 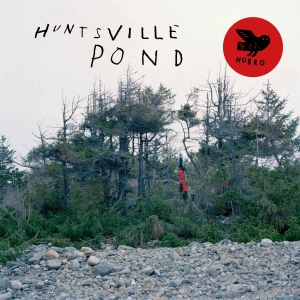 Since 2006, Johan Agebjörn, has released a quartet of albums and a dozen remixes. Each of these releases are very different. Johan has refused to stand still, constantly reinvents his music. Johan it seems, is a musical shapeshifter. That’s been the case since 2006, when Johan released his debut album. Nine years later, and Johan Agebjörn released his fifth album Notes on the Paper Bag label on February 2015. It’s the latest

Throughout his career, Johan has constantly reinvented his music. He’s released he’s everything from ambient and electro, right through to Italo disco, 8bit and classical piano music. Eclectic, it seems, is the best way to describe the Gothenburg based musical chameleon. This is the case on Notes, Johan’s fifth album.

Notes is best described as cinematic, dramatic, dreamy, ethereal, melancholy and even, mesmeric. Sometimes Notes is beautiful, emotive, sensual and sultry. Other times Notes is bold and dark. Always, Johan Agebjörn’s fifth solo album, Notes, is a captivating and compelling album, that, full of surprises aplenty.

KATHRYN JOSEPH-BONES YOU HAVE THROWN ME AND BLOOD I’VE SPILLED.

In the history of the Scottish Album Of The Year Award, Kathryn Joseph recently became the first artist to win Scotland’s most prestigious music award with a debut album. That debut album is Bones You Have Thrown Me and Blood I’ve Spilled, which was released back in January 2015, on Hits The Fan Records.

That was until Kathryn Joseph triumphed with Bones You Have Thrown Me and Blood I’ve Spilled. Winning Scotland’s most prestigious music award was a game-changer for Kathryn Joseph. Suddenly, her music was being heard by a much wider audience. Now she has just embarked upon a European tour, where Kathryn Joseph is sure to win over the hearts and minds of music lovers. 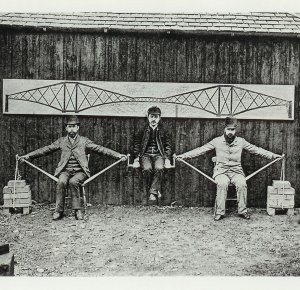