1970 had been a year that defined Black Sabbath’s career. They’d released two hugely successful albums. This includes their debut album Black Sabbath, which was released in February 1970. It reached number eight in the UK and number twenty-three in the US Billboard 200 charts. This resulted in Black Sabbath being certified gold in the UK and platinum in the US. Black Sabbath launched the Birmingham trio’s career. However, things were about to get even better.

Paranoid, Black Sabbath’s sophomore album, was released in the UK in September 1970. It reached number one and was certified gold. Then in January 1971, Paranoid was released in the US, reaching number twelve and was certified platinum four times over. Ironically, in the US, Paranoid wasn’t well received by critics. Despite this, Paranoid sold over twelve-million copies and and featured three Black Sabbath classics Paranoid, Iron Man and War Pigs. After just two albums, Black Sabbath were one of the biggest names in rock music.

Unlike many bands, Black Sabbath’s rise and rise had been meteoric. Just two years after they’d formed in Birmingham, bassist Geezer Butler, drummer Bill Ward, guitarist Tony Iommi and lead vocalist Ozzy Osbourne were rubbing shoulders with rock royalty. There was a problem though. How do you followup an album as successful as Paranoid? After all, what chance had Black Sabbath of recording an album that surpassed Paranoid, a stonewall classic?

The answer to that is with Master Of Reality, is an album influenced three genres of music. They were stoner rock, doom metal and sludge metal, a fusion of hardcore punk and heavy metal. It seemed Black Sabbath were determined to continue pushing musical boundaries on Master Of Reality, which was recently rereleased as an import by Rhino.

Before the release of Master Of Reality, reviews were mixed. Just like Paranoid, Lester Bangs, the supposed doyen of critics, gave the album a mixed review. Other high profile critics didn’t take to Master Of Reality. It wasn’t cerebral enough for them. Among the criticisms were that Master Of Reality was “monotonous,” “dull and decadent.” Despite the mixed reviews, Master Of Emotion was a huge commercial success.

Master Of Reality opens with Sweet Leaf, one of the earliest examples of stoner rock. A loop of Tony coughing, whilst allegedly smoking a joint opens the track. After that, the rhythm section and blistering guitars accompany Ozzy’s powerhouse of a vocal. It’s a mixture of emotion and power., Machine gun guitars and the thundering rhythm section accompany him all the way. Guitarist Tony Iommi gives a guitar masterclass, before Black Sabbath’s rhythm section kick loose. Like a well-oiled machine Black Sabbath pickup where they left off on Paranoid, creating groundbreaking rock music.

After Forever was the only single released from Master Of Reality. However, it failed to chart. Black Sabbath were always more of an albums band. This is one of the most controversial songs on the album, given the lyrics about religion and Christianity. When this song was released in 1971, it must have provoked controversy. Back then, religion played a bigger part in British and American life. A buzzing synth gives way to Black Sabbath in full flow. It’s a joy to behold. Geezer, Bill and Tony lock into a tight groove. Drums like jackhammers accompany blistering guitars. Ozzy’s rabble rousing vocal is accompanied by stomping arrangement as heavy rock anthem unfolds.

The guitars that open Embryo have a sixties influence. There’s also a brief prig rock influence, before Black Sabbath cut loose. Quickly, the arrangement gathers momentum and a glorious, driving arrangement unfolds. Ozzy struts his way through the lyrics, singing about revolution. Dramatic bursts of guitar are fired above the arrangement. Tony unleashes some blistering licks, while the rhythm section drive the arrangement along further honing and defining Black Sabbath’s trademark sound.

Children Of The Grave is an anti-war song. Black Sabbath had two anti-war songs on Paranoid, War Pigs and Electric Funeral. This is just as good. It’s no mealy mouthed protest song, like Give Peace A Chance. They left that to ex-Beatles and conceptual artists. Neither do Black Sabbath do bed ins. That’s unless groupies and class As are involved. The arrangement is big, bold and in-your-face. Literally, the arrangement is a wall of sound. Searing, blistering and crystalline guitar licks and a thundering, driving rhythm section. Ozzy’s vocal is a mixture of anger and frustration. Tony seems to play as if his very life depends on it, before the track reaches a haunting crescendo.

Straight away, it’s obvious that Orchid is very different to the other tracks on Master Of Reality. It has a folk influence. Chiming, crystalline guitars and a subtle bass combine during this beautiful, short and melancholy instrumental.

Normal service is restored on Lord Of This World. Dark. Dramatic and moody describes the arrangement. The rhythm section glue the arrangement together, while scorching guitars match Ozzy’s grizzled vocal. Later, when Ozzy’s vocal drops out, the rest of the band get their chance to shine. It’s obvious that Geezer, Bill and Tony are top class musicians who were among the greatest rock musicians of the seventies. Lord Of This World is a reminder of this, if any was needed.

Solitude has an understated, melancholy sound. Just a chiming guitar and meandering bass combine with Ozzy’s vocal. It’s full of sadness, regrets and confusion. A flute floats above the arrangement, adding to the atmospheric, haunting arrangement. While this is very different to much of Master Of Reality, it’s a beautiful, haunting and cerebral song, that shows another side of Black Sabbath.

Into The Void closes Master Of Reality, was originally called Spanish Sid. A blistering guitar solo joins a pounding, thunderous rhythm section. Black Sabbath seem to be enjoying the opportunity to showcase their inconsiderable skills. They kick loose and are joined by Ozzy. He delivers his vocal urgently, in short, sharp bursts. Behind him Geezer and Tony join forces, while Bill seems determined to punish his drums.

Although Master Of Reality didn’t quite match the success of paranoid, it proved to be a hugely influential album. Master Of Reality influenced three genres of music. They were stoner rock, doom metal and sludge metal, a fusion of hardcore punk and heavy metal. It seemed Black Sabbath were determined to continue pushing musical boundaries on Master Of Reality, which was recently rereleased on import by Rhino.

Master Of Reality also saw Black Sabbath further refine and and hone their unique sound. They were continuing to rewrite the rules of heavy metal. It was a case of  the heavier the better. Leading the charge, were Black Sabbath. This didn’t please some people.

Black Sabbath continued to redefine heavy metal on Master Of Reality. So much so, that Black Sabbath provided the blueprint for heavy metal If someone asked what heavy metal sounded like, Black Sabbath was what you played them. The albums that started this was Paranoid, Black Sabbath’s sophomore album. That’s why, in the history of heavy metal, there are only two periods, B.P. and A.P. Before Paranoid and After Paranoid. Following Paranoid would’ve been almost impossible for most bands. However, they weren’t Black Sabbath.

By the time Black Sabbath released Master Of Reality, they’d become a musical phenomena. That was the case for the next ten years. Excess and commercial success were ever-present for the band the redefined heavy metal. Black Sabbath rewrote the rules. Right through until 1981s Mob Rules, gold and platinum discs came Black Sabbath’s way. So did controversy. Much of it concerned Ozzy Osbourne.  He parted company with the band in 1979. Sacked by the group he formed, both Ozzy and Black Sabbath survived to tell the tale. However, back in 1971, the Black Sabbath story was just taking shape and they’d go on to become one of the biggest and most successful bands in the history of heavy metal. However, back in 1971, when Black Sabbath released the influential and innovative Master Of Reality, they had another ten years of chaos, controversy, commercial success and critical acclaim coming their way. 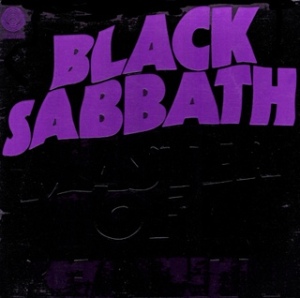 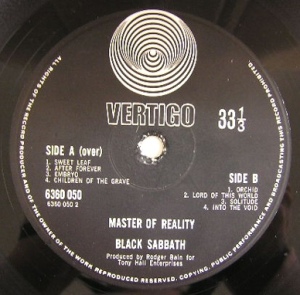 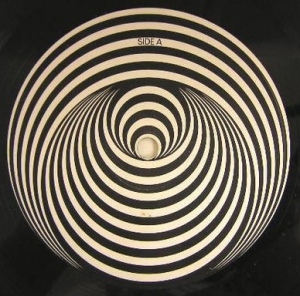 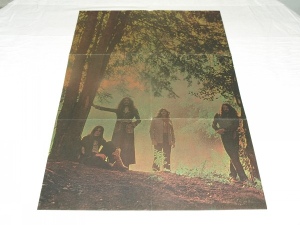 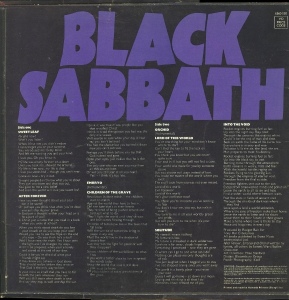