Since then, Dan Whitehouse has released another three albums. However, three will become four when Dan Whitehouse releases Introducing on the 22nd of April 2016. Introducing is Dan Whitehouse’s first album for Reveal Records, and a tantalising taster of what this talented singer-songwriter is capable of.  His career however, began back in 1998.

That was when nineteen year old Dan Whitehouse joined a Naomi, a local band. Dan was a member of the band for two years, but left in 2000 to join the rock band Sonara.

Dan Whitehouse became Sonara’s frontman, and was a member of the band until 2007. During this period, Sonara played at the prestigious Reading Festival. However, by 2007 Dan announced he was leaving Sonara, to embark upon a solo career.

For the first two years of his career, Dan Whitehouse spent time writing songs, honing sound and playing live. This was akin to a musical apprenticeship. After two years, Dan felt confident enough to releases his debut E.P.

When Dan Whitehouse released The Balloon E,P. in early 2009, it featured seven tracks. This Dan explained, was only the first in a trilogy of E.P.s.  They examined a variety of themes, including “life, love, loss and happiness.” The second instalment in the trilogy, followed later in 2009.

The Bubble E.P. picked up where The Balloon E,P.  left off, examining “life, love, loss and happiness.” One of the most beautiful tracks on The Bubble E.P. was You Can’t Give Me Anymore. Unsurprisingly, it caught the attention of few discerning critics.  Suddenly, people were taking notice of the young singer-songwriter. This included veteran pedal steel player B.J. Cole, who made a guest appearance on The Bubble E.P. This was be the start of a long working relationship between the pair that continues today.

Later in 2009, Dan Whitehouse released The Box E.P., which was the final instalment in the trilogy. This brought the examination “life, love, loss and happiness” to an eloquent and heartfelt end.  Now surely, Dan’s thoughts would turn to his debut album?

Surprisingly, it wasn’t until 2012 that Dan Whitehouse returned with his eponymous debut album. It had been in Dan’s flat, and featured  mainly acoustic instruments. This worked though, and allowed Dan’s vocal to take centre-stage. Five years after embarking upon a solo career, Dan Whitehouse had released his debut album. His sophomore album followed the in 2013.

When work began on Reaching For A State of Mind, Dan Whitehouse found himself in a recording studio with a full band. The band featured some familiar faces. This included P.J. Wright from Fairport Convention; Ezio guitarist Booga. percussionist Chip Bailey and Helen Lancaster of The Old Dance School. This all-star band accompanied Dan in the eleven tracks that became Reaching For A State of Mind. It was released in autumn 2013.

Over the next year, Dan Whitehouse’s star was in the ascendancy. He spent the year touring and recording. Dan released his third album Raw State in 2013. It was well received by critics, and found Dan maturing as a singer and songwriter.Then later in 2014, Dan released the Reaching Further For A State of Mind E.P. It featured unreleased  songs recorded during the Further For A State of Mind sessions. However, by then, Dan was on tour.

This included touring North America with German-American singer-songwriter Anja McCloskey. The pair even released the Still E.P. together. Then in August 2014, Dan played at the Moseley Folk Festival. He took to the stage after a set by The Felice Brothers, but quickly won the audience over. By the end of his set, Dan had the audience eating out of his hands. Watching from the wings was Richard Thompson, who followed Dan. The grand old man of British folk realised that he was watching one of genre’s rising stars. However, Dan was no stranger to working with some of the biggest names in music.

Over the years, Dan Whitehouse has toured with some major names. This includes Peter Green, 10CC, Maria McKee, World Party and Julian Cope. Dan has also opened for Josh Ritter, Caitlin Rose, Joseph Arthur, Willy Mason and Simone Felice since he embarked upon a solo career in 2007. Recently  Dan Whitehouse has toured with Eddi Reader, and soon, will open for Kris Drever on his U.K. tour.

By the time Dan Whitehouse heads out on tour with Kris Drever, he will have released his first album for Tom Rose’s Reveal Records. Introducing is  a limited edition CD which features eight tracks from Dan Whitehouse. They’re a mixture of cover versions and songs penned by Dan Whitehouse.

Among the songs on Introducing penned by Dan Whitehouse, are That’s Where I Belong, The Places We Have Been, Work and CCC.  Apart from Work, which is a Radio Edit, the other three tracks are a taster of Dan’s forthcoming album. The other four tracks were recorded live at Kyoti Studios, in Glasgow without any overdubbing. This includes Dan’s duet with Jess Morgan on Close Up, which Boo Hewerdine cowrote. Other tracks include covers of The Cowboy Junkies’ Sun Comes Up, Its Tuesday Morning and Chris Wood’s Two Widows. These track introduce Dan Whitehouse on Introducing.

Opening Introducing is Close Up, where Dan duets with Jess Morgan. It’s the first of the tracks recorded live at Glasgow’s Kyoti Studios. From the opening bars, the arrangement is understated. Just a subtle, chiming guitar plays, while Dan delivers tenderly and sometimes ruefully, delivers the cinematic lyrics. Memories come flooding back to him. First about: “wait for four years till they got the call, I guess my blindness set us free.” As Dan delivers the lyrics, wistful describes his vocal. Later, as Jess accompanies Dan, her vocal proves the perfect accompaniment. Especially as he sings:  “tonight we’ll have our first meal, you’ll sit beside me Close Up, Close Up it’s the only way I can see.” It’s a beautiful, moving ballad from Dan Whitehouse.

That’s Where I Belong  is very different track. It’s a much more uptempo, hook-laden song, and features a full band. This includes a Hammond organ, rhythm section and guitars. They accompany Dan who sometimes sound like Michael Stipe. He combines power and emotion, as he delivers a heart-wrenching vocal. Behind him, washes of swirling Hammond organ, and soaring, cooing backing vocals play starring roles. They join the rhythm section and guitar in driving this irresistibly catchy relationship song along. It has single written all over, given its anthemic sound.

The anthemic sound continues on Nothing’s Gonna Change. Just drums and a chiming, crystalline guitar join washes of Hammond organ. They provide the backdrop for Dan on this love song. He delivers a hopeful, joyous vocal. It’s accompanied by gospel inspired harmonies and braying horns. At heart of songs success are the Hammond organ, harmonies and horns. So catchy is the song, that the backing vocalists can’t resist adding handclaps. No wonder; given the song’s joyous, hook-laden, anthemic sound.

Following two uptempo tracks, Dan drops the tempo on the ballad The Places We Have Been. It’s another song he wrote and recorded during the Kyoti Sessions, in Glasgow. The arrangement is sparse, with just a subtle guitar accompanying Dan’s soul-baring vocal. It’s also needy, and an akin to an outpouring of emotion. Especially as he sings: “I’ll never leave.”

The version of Work on Introducing is a Radio Edit. It’s another Dan Whitehouse composition, and features his band. The rhythm section join a with a searing guitar and washes of Hammond organ, before Dan delivers another melodic and catchy track. He’s accompanied by backing vocals, while the rhythm section underpin the arrangement. A blistering guitar cuts through the arrangement as Dan promises: “I’ll do anything for you, I’ll Work for you, do anything you ask me to.” This is the signal for the backing vocalists to step forward, and add the finishing touch to a track that’s coming to a radio near you, very soon.

Cooing harmonies opens CCC while the rhythm section, scorching guitar and swirling washes of Hammond organ unite. They provide a dramatic backdrop for Dan’s vocal, as the song heads into anthem territory. Accompanied by the cooing harmonies, a pounding rhythm section and a jangling guitar,  Dan showcases his talent as a singer, songwriter and storyteller. The lyrics come to life, before as the drama builds. Then at the bridge, the band slow things down. This adds to the drama, before pounding drums and Dan’s vocal exits stage left. It’s replaced by cooing harmonies, washes of Hammond organ and searing guitars. They combine with the rhythm section, this allows Dan’s band to showcase their considerable talents.

The Cowboy Junkies’ Sun Comes up, It’s Tuesday Morning might sound like an unlikely song for Dan to cover. However, it takes on new life in Dan’s hands. He sounds as if he’s lived and experienced the heartbreak and loneliness in lyrics. His vocal is accompanied by a guitar. It’s used sparingly, so that Dan’s vocal takes centre-stage, and the listener focuses on the lyrics to song where  hurt and heartbreak, sit side-by-side with loss and loneliness.

Chris Wood wrote Two Windows, which closes Introducing. It’s another song with an understated arrangement. This is perfect for the song. Just occasional bursts of shimmering guitars accompany Dan on this cinematic ballad. Dan’s vocal is slow, tender and full of emotion. His phrasing adds to the emotion, and poignancy of the lyrics. Later, washes of  guitar shimmer and glisten, and prove the perfect foil for Dan’s heartfelt vocal. This proves a poignant way to close Introducing.

With its mixture of ballads and hook-laden anthems, Introducing is the perfect introduction to a truly talented singer-songwriter. Introducing features the musical coming of age of Dan Whitehouse, and should be the album that sees his music find a wider audience.  Especially given the quality of music on Introducing, which will be released on Reveal Records on 22nd April 2016.

Introducing shows two sides to Dan Whitehouse. There’s the balladeer that features on Close Up, The Places We Have Been, Sun Comes up, It’s Tuesday Morning  and Two Widows. They were recorded at Kyoti Studios, in Glasgow without any overdubbing. It’s just Dan and his trusty guitar. Then on the other tracks we hear another side to Dan Whitehouse.

The other four tracks on Introducing are much more uptempo tracks. This includes the irresistibly catchy, anthemic and hook-laden That’s Where I Belong and  Nothing’s Gonna Change It. Both have the words single written all over them. They’re anthems in waiting, and could provide the soundtrack to the long hot summer. However, this still leaves two tracks.

On Work and CCC, the hooks certainly haven’t been spared. Just like That’s Where I Belong and  Nothing’s Gonna Change It, catchy and memorable describes these tracks. They were produced by the production team of  Chris Clarke and Danny George Wilson. Along with an all-star band, they look like transforming Dan Whitehouse’s career.

Hopefully, when Introducing is released, it will find a much wider audience than Dan Whitehouse’s three previous albums.  Literally, there is something for everyone on Introducing. As he veers betweens the understated ballads, and hook-laden uptempo tracks, Dan combines elements of Americana,  country, folk, perfect pop, R&B and rock. It’s a poignant and potent combination, that one minute will tug at the heartstrings, and next, have you dancing for joy. Not many albums are capable of this. However, Introducing is. Introducing is a and musical and emotional roller coaster, that you just won’t want to get off. 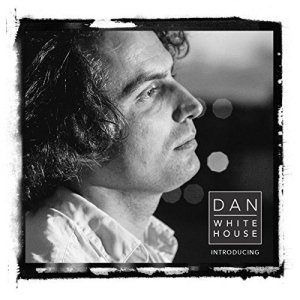