When they returned in May 2014 with Enfant Terrible it was hailed as a career defining album. Enfant Terrible was the finest album of the Hedvig Mollestad Trio’s career. However, since then, they’ve been concentrating on playing live. That was until recently.

That’s not surprising. The Hedvig Mollestad Trio have spent much of the last six years playing live. They’ve played across Europe, North America and have headed as far afield as Australia. This constant touring has allowed the Hedvig Mollestad Trio to hone their genre-melting sound. This has paid off, and is showcased on Evil In Oslo.

When the Hedvig Mollestad Trio took to the stage at Buckley’s on 15th August 2015 and  John Dee on 25th November 2015, the band was lead by founder and guitar virtuoso Hedvig Mollestad Thomassen. She’s not just one of Norway’s top guitarists, but one of the best in Europe. Hedvig was ready to unleash a series of breathtaking and blistering solos. Drummer Ivar Loe Bjørnstad and bassist Ellen Brekken weren’t just making up the numbers. Far from it.  They’re both talented and versatile musicians. who unleashed a series of spellbinding performances on Evil In Oslo.

For The Air opens Evil In Oslo. Straight away, the Hedvig Mollestad Trio make their presence felt as a wash of quivering, crystalline sound is unleashed. It shrieks, wails and rumbles. Occasionally, it threatens to feedback, but somehow, this powerful wall of sound is sculpted into something that’s sonically pleasing and inventive. Then at 1.37 it’s all change.

The drums usher in Ellen’s dark moody bass, and they locks into a groove.  Meanwhile, Hedvig’s searing, scorching guitar cuts through the arrangement. Soon, the crystalline guitar quivers and climbs above the arrangement. That’s until darkness descends, and a dark, dramatic classic rock sound unfolds. Then  a brief burst of blues rock signals the tempo is rising. Quickly, the Trio are in full flight. Hedvig’s fingers flies up and down the fretboard. When the baton passes to the rhythm section, they showcase their considerable skills, before a lysergic liquid guitar shimmers.  Later, as the tempo drops, the Trio are still rocking hard. That’s the case as the tempo begins to build. As the thunderous rhythm section propel the arrangement along,  Hedvig delivers a blistering solo before For The Air reaches a breathtaking crescendo.

Drums power Ashes along, before a scorching guitar solo is unleashed. It’s played with fluidity, speed and precision. The bass sits low in the mix, playing a supporting role. It’s the drums and guitar that play starring roles. Ivar pounds his drums, throwing in occasional folks and fills. Soon, bassist Ellen step out of the shadows. She plays a jazz-tinged solo, while the drums and washes of avant-garde guitar. Together they create a genre-melting track that showcases the combined talents of the Hedvig Mollestad Trio.

Code Of Hammurabi which opens Side B, bursts into life. As the rhythm section drive the arrangement along, a bristling, crystalline guitar shivers. Then it’s all change, as elements of classic rock and heavy metal combine. This is the music that Hedvig grew up listening to. She unleashes dark, satanic riffs during a lengthy solo. It’s a mixture of speed and precision, as Hedvig’s fingers dance up and down the fretboard. Sometimes, she deploys effects, but does so sparingly. After the solo, Ellen’s bass takes centre-stage. Then the guitar rings out, before shimmering as it’s played with speed and power. It wah-wahs as it soars high above the arrangement. When  Hedvig joins the rest of the Trio, they briefly kick loose, before the shimmering arrangement dissipates into the distance.

The Valley is a slow, understated track. Elements of blues and jazz combine, and show another side to the Hedvig Mollestad Trio. Sometimes, it’s reminiscent of early Fleetwood Mac. Especially as the rhythm section play slowly, taking care not to overpower the crystalline, chiming guitar. It’s similar to Peter Green. Other times, as the guitar weeps, this brings back memories of John Martyn’s Solid Air. Later, the track takes on a melancholy, late night sound as the Hedvig Mollestad Trio showcase their versatility.

Side C is an eighteen minute musical adventure that features Lake Acid, Rastapopoulos and Arigato, Bitch. A jaunty rhythm section drive the arrangement along. Ellen’s bass is almost funky, as the drums crack. Soon, Hedvig’s guitar rings out, shivering and quivering. Effects have been used subtly, and the guitar glides across the arrangement. Still the bass adds an element of funk, as Hedvig unleashes another fleet fingered When it drops out, the bass takes over, until the crystalline guitar returns, and another blistering solo unfolds. Speed and precision are the order of the day as the rhythm section power the arrangement along. By then, Hedvig’s searing, blistering guitar solo is one of her finest on Evil In Oslo. Her playing is fluid, as she combines power, precision and speed. That’s until the tempo drops and the arrangement becomes spacious and lysergic. The arrangement quivers as washes of guitar disappear into the distance, while the Trio toy with the listener. That’s until they kick loose.

Soon, the rhythm section propel the arrangement along. They’re joined by a dark, satanic guitar solo. It sounds as if belongs on a Led Zeppelin album. Hedvig continues to play fluidly, as she combines speed and precision. Behind her, a walking bass and drums take centre-stage. Rather than play it straight, drum fills and rolls are added, as the bass walks then scampers along. Then when Hedvig’s guitar returns, it beeps and speaks before producing a lysergic and crystalline sound. By then, the trio are playing as one and fusing power and speed. The rhythm section match the blistering guitar every step of the way, during what’s a captivating and breathtaking eighteen minute musical adventure.

Laughing John and La Boule Noire  feature on Side D of Evil In Oslo. Machine gun licks are unleashed, while the rhythm section power the arrangement along.  Hedvig’s fingers fly up and down the freeboard. She uses her effects sparingly to sculpt her trademark sound.  Meanwhile, the rumbling bass cuts through the arrangement as drums crack. However, it’s the freewheeling guitar solo that steals the show. Especially as Hedvig moves through the gears, and unleashes a peerless, blistering solo. She adds flamboyant flourishes, before this musical masterclass reaches a crescendo.

La Boule Noire closes Evil In Oslo. The Trio play slowly and deliberately, drawing inspiration from classic rock. Especially the unholy trinity of rock, Led Zeppelin, Deep Purple and Black Sabbath. Hedvig’s guitar and the rhythm section produce a dark, moody and dramatic sound. The arrangement meanders along, with the Trio playing as one. That’s until the dark, moody sound becomes understated. Just a scampering bass and weeping guitar combine, before the tempo begins to rise. A scorning guitar solo joins the rhythm section. Soon, the Trio are in full flight, as a blistering guitar solo is unleashed. It’s played at breakneck speed, as one last time, Hedvig combines speed and precision. Not to be outdone, the rhythm section play with a similar flair and panache. Then when the tempo drops, this rocky jam become dramatic and deliberate. This signals that the Hedvig Mollestad Trio are about to take their leave. They kept one of their best performances until last, and leave on a high. This is a fitting way to close the Hedvig Mollestad Trio’s first live album.

These two albums will be released on Rune Grammofon on the 1st of July 2016. This includes the Hedvig Mollestad Trio’s fourth studio album Black Stabat Mater, and their first live album Evil In Oslo. It features nine tracks from the Hedvig Mollestad Trio’s first three albums. These tracks were recorded over two nights in Oslo, and will be spread across four sides of heavyweight vinyl. This seems fitting.

Since for far too long, there’s been a real dearth of hard rocking groups. So much so, that many critics had already penned rock music’s obituary. However, recently, rock music has awoken from its slumbers. Now a new breed of hard rocking groups have sprung up across Europe. This includes Norwegian trailblazers the Hedvig Mollestad Trio, who showcase their live sound on Evil On Oslo, which is a tantalising taste of a hard rocking at their vainglorious best. 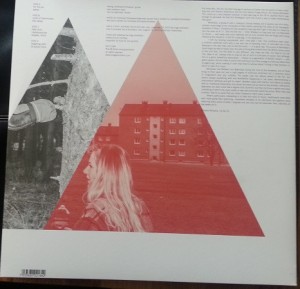 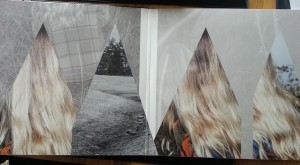 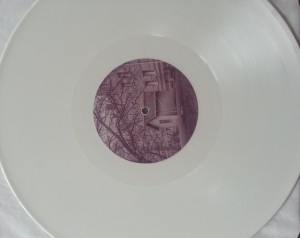