Growing up in Philadelphia, Jerry Ross dreamt of becoming a trumpeter and singer. While this dreams never came quite true, Jerry went on to live the dream musically. Jerry Ross became a hugely successful songwriter and producer. He also worked in A&R and owned his own record companies. Jerry Ross had managed to achieve all this between 1962 and 1971. This is the period that the Ace Records’ compilation Some Kinda Magic-The Songs Of Jerry Ross covers. It tells the story of the early years of Jerry Ross’ seven decade music career. However, the Jerry Ross story began in Philly 1933

That was where Jerry was born and grew up. He initially  dreamt of making a career as a trumpeter and singer. However, any dreams Jerry had were interrupted by two years in the US Air Force.

Once he had left the US Army, Jerry Ross enrolled at Temple Bar University. After graduating, Jerry began work at Philly based WPVI-TV. Soon, Jerry caught a break when Dick Clark began hosting American Bandstand.

Jerry Ross became the booth announcer on American Bandstand. This lead to Jerry hosting Dick Clark’s WFIL radio show, Caravan Of Music. Still, though, Jerry had dreams to make records not play them.

So Jerry Ross decided to follow his dreams. He founded his own company Ross Associates in the early sixties. Ross Associates was a one-stop shop, producing and promoting. For Jerry this was a crash course in the music business. He wrote and produced songs, hired musicians and took charge of sessions. However, Jerry’s most important job, was finding the right artist. He often struck gold.

One of Jerry Ross’ earliest signings was seventeen year old Kenny Gamble. He soon became Jerry’s protege, and he showed the future founder of Philadelphia International Records the musical ropes. They also established a successful songwriting partnership. One of their most successful compositions was I’m Gonna Make You Love Me, which Dee Dee Warwick recorded in 1966. By then, Jerry had moved from Philly to New York a year earlier.

The move to New York in 1965, came about when Jerry Ross was offered and accepted, a role in Mercury Records’ A&R department. Soon, Jerry was working with Bobby Hebb, Jay and The Techniques, Jerry Butler and Spanky and Our Gang. Jerry’s  biggest success at Mercury Records came when he produced Bobby Hebb’s number two single Sunny. However, after four years with Mercury Records he decided to head out on his own again.

Jerry Ross decided to form not one, but two labels, Heritage Records and Colossus Records in 1969. Straight away, Jerry went looking for new artists. This would see him strike gold.

This happened during a trip to Europe. In the Netherlands Jerry Ross discovered several bands, including the Tee Set, the George Baker Selection and Shocking Blue. Having heard their music, Jerry secured the rights to these bands. The band that Jerry had high hopes for his latest signings. So when Jerry returned home, Jerry began woking on the release of singles from his latest signing.

The first of Jerry Ross’ Dutch groups to release a single were the George Baker Selection. Their debut single Little Green Bag was released in 1969 on Colossus Records,. Not only did it reach twenty-one on the US Billboard 100, but sixteen in Canada. This was just the start.

In early 1970, Shocking Blue released their first American single, Venus. When Venus was released in early 1970 on Colossus Records, it reached number one on the US Billboard 100 and sold over a million copies. Worldwide, Venus sold over 7.5 million copies. Jerry Ross had the Midas touch.

This was certainly the case. The third band signed during Jerry Ross’ European trip also enjoyed commercial success and critical acclaim. The Tee Set released Ma Belle Amie in 1970 on Colossus Records, and it reached number five in the US Billboard 100. For Jerry Ross this was the icing on the cake.

After three huge hit singles from Jerry Ross’ trio of Dutch bands, he decided that this was the perfect time to sell Colossus Records. This would also mark the end of the first chapter in Jerry’s long and illustrious career. This period is documented on Some Kinda Magic-The Songs Of Jerry Ross.

It seems fitting that Some Kinda Magic-The Songs Of Jerry Ross opens with Dee Dee Warwick I’m Gonna Make You Love Me. It’s one of Jerry Ross’ best known, and most successful songs. He wrote I’m Gonna Make You Love Me with Gamble and Huff. but produced it himself. Jerry’s production sounds as if it would later inspire Gamble and Huff at Philadelphia International Records. That was in the future.

In 1966, I’m Gonna Make You Love Me was released on Mercury Records. It reached number eighty-nine on the US Billboard 100 and number thirteen in the US R&B charts. This was one Dee Dee Warwick’s biggest hits, and features an impassioned, heartfelt vocal from one of Philly’s finest female vocalist. Sadly, she never enjoyed the commercial success her talent deserved, and battled narcotic addiction until her death in 2008.

When Jerry Ross began work at Mercury Records in 1965, the first artist he produced was Bobby Hebb. Jerry produced Bobby Hebb’s biggest hit, Sunny. Following up Sunny wasn’t going too be easy. However, Some Kind Of Magic was chosen. On the flip side was Love Love Love, a Jerry Ross and Joe Renzetti composition. It was produced by Jerry and became a favourite on the UK Northern Soul scene. So much so, that this joyous stomper was released as a single in the UK, and reached number thirty-two.

Charlie Gracie had already enjoyed the heady and intoxicating taste of fame when he released He’ll Never Love You Like I Do. It was written by Charlie Gracie, Jerry Ross and Joe Renzetti, and released as a single in 1965. Sadly, when this stomping fusion of garage and R&B was released on Diamond Records Inc it failed commercially. By then, the British Invasion had arrived on American shores, and singles like He’ll Never Love You Like I Do were failing to find an audience.

During the sixties, most record labels hd their own girl group. World Artist Records had Reparata and The Delrons. They were a New York based girl group, who released their debut single in 1964. A year later, they were preparing to release their debut album Whenever A Teenager Cries. When it was released later in 1965, it featured Jerry Ross and Kenny Gamble’s Who Do You Love?  In Reparata and The Delrons’ hands, the song takes on a wistful and angst filled sound.

Some Kinda Magic is the song that lent its name to the Ace Records’ compilation Some Kinda Magic-The Songs Of Jerry Ross. It was penned by Jerry with Artie Kornfield and Joe Renzetti. Jerry Ross produced Some Kinda Magic, which became the B-Side of I Dig You Baby. When it was released by Mercury Records in December 1966, it failed to chart. How different things might have been if Some Kinda Magic had been chosen released as a single? Jerry’s vocal was needy, heartfelt and soulful, and was tantalising taste of what was to come from the Iceman.

While Kenny Gamble went on to marry Dee Dee Sharp, Jerry Ross married April Young. She released four singles on Columbia. Sadly, success eluded April Young. Her debut single This Time Tomorrow was released in May 1964. On the B-Side was (Will You Ever Be My) Steady Boyfriend. This was a Jerry Ross, Kenny Gamble and Joe Renzetti composition. It’s a slick slice of uptempo pop with hooks aplenty, that showcases the talented April Young.

Dusty was about to record a new album with producer Keith Manz.  Mr. Dream Merchant become one of the tracks that featured on Dusty … Definitely. It was released in 1968, but stalled at number thirty in the UK, and failed to chart in America. One of the highlights of what was an eclectic album was Mr. Dream Merchant.

It was during Jerry Ross’ time at Mercury Records, that he discovered Philly born Keith. Jerry produced Keith’s 1967 single Tell Me To My Face. Tucked away on the flip side was Jerry and Artie Wayne’s compposition I Can’t Go Wrong. Here was a song that was too good to be a B-Side. There’s a mixture melancholia and hope on this soul-baring song. It’s a welcome addition to Some Kinda Magic-The Songs Of Jerry Ross.

Although I’ve only mentioned half the song on the Ace Records’ compilation Some Kinda Magic-The Songs Of Jerry Ross, I could’ve chosen any of the tracks. There’s a reason for this. Compiler Tony Rounce has dug deep, and mixed singles with B-Sides and album tracks. Similarly, familiar faces and new names rub shoulders with hidden gems. These tracks are a reminder of songwriting and production talents of Jerry Ross, during the early years of his career.

Some Kinda Magic-The Songs Of Jerry Ross only covers the period between 1962 and 1971. However, Jerry Ross’ career has lasted seven decades. Since 1971, Jerry Ross had owned and run his own record, publishing and promotion companies in his home town of Philly. So it’s fitting that in 2013, when Jerry Ross eighty, he was inducted into the Philadelphia Music Alliance’s Walk of Fame. Now aged eighty-three, Jerry Ross is regarded as one of the most talented songwriter and producers to hail from the City Of Brotherly Love. A reminder of this is Some Kinda Magic-The Songs Of Jerry Ross. He was the boy who dared to dream, and went on to live the dream. 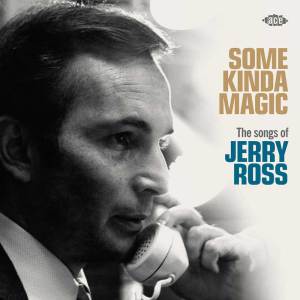 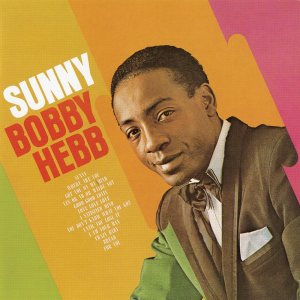 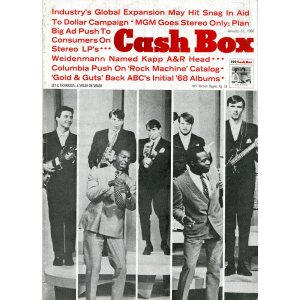 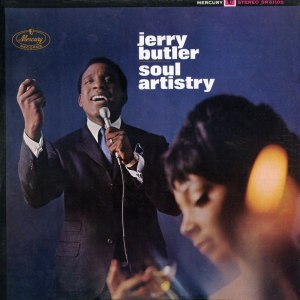 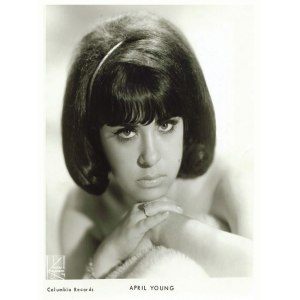 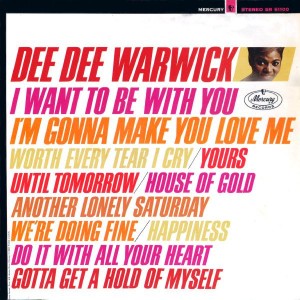 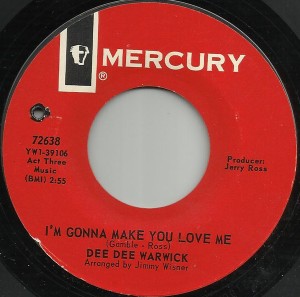 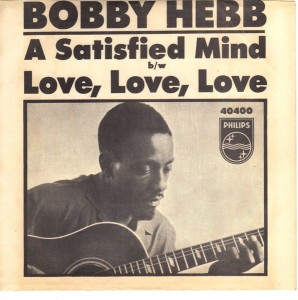 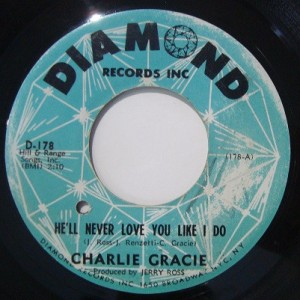 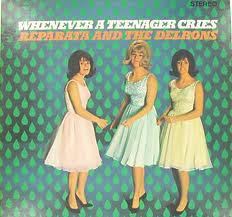 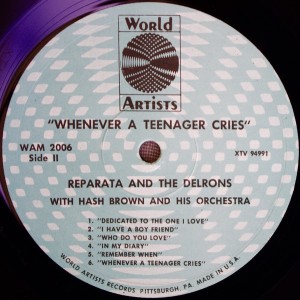 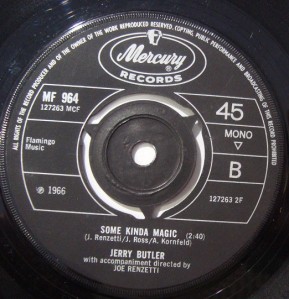 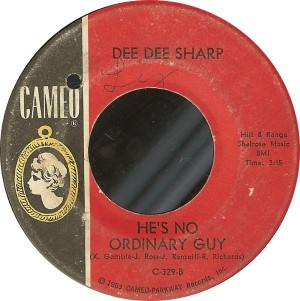 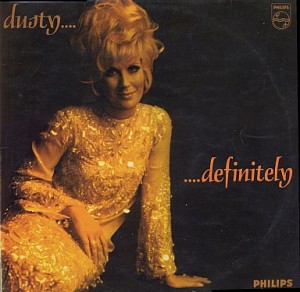 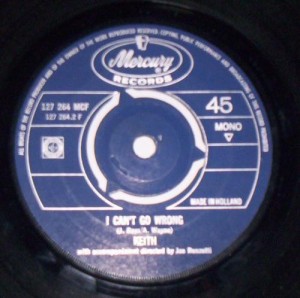