Upon the release of Balls and Kittens, Draught and Strangling Rain, the album sold well. It introduced the record buying public to a talented singer-songwriter. Her popularity began to grow.

This was the case for the next two years. By then Jæ had attracted a cult following across Europe. She was also preparing to releasethe followup to Balls and Kittens, Draught and Strangling Rain. 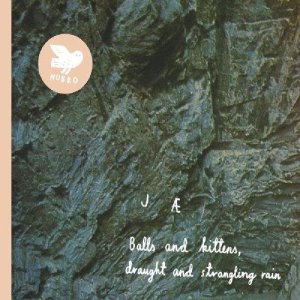 Fear And The Framing.

December 2012 was when the followup to Balls and Kittens, Draught and Strangling Rain was scheduled to be released by Hubro Music. The album was entitled Fear And The Framing. By then, things had changed.

Jessica Sligter had decided to dispense with her Jæ moniker. Instead, she was about release her sophomore album Fear And The Framing as Jessica Sligter. Although this risked causing a degree of confusion, this decision paid off. 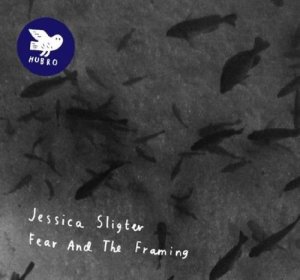 A Sense Of Growth.

After four years away, Jessica Sligter returns with what’s without doubt, the most ambitious and abstract album of her career, A Sense Of Growth. It was recorded in Seattle, a city better known for grunge, than the abstract, genre-melting soundscapes that feature on A Sense Of Growth. The seven new songs that Jessica Sligter has penned for A Sense Of Growth, find her “deconstructing the format of song based music.” To do this, she’s brought onboard a vast cast of guest musicians.

They got to work at Avast Studios, Seattle, with Jessica Sligter taking charge of producing A Sense Of Change. Accompanying her, were a rhythm section of drummer and percussionist Dave Abramson; bassist Guro Skumsnes Moe and guitarists Håvard Skaset, Milky Burgess and Solmund Nystabakk. Andreas Stensland Løwe, Timm Mason and vocalist Randall Dunn all added synths. They were joined by Kevin Barrans on accordion and banjo, clarinetist Kristine Tjøgersen, violist Eyvind Kang, saxophonist Skerik and Sarah Jeffrey who played recorder. Vocals came courtesy of Jenny Hval, Kevin Barrans and Viljam Nybacka. Jessica Sligter played piano, synths and added vocals. Once the sessions at Avast Studios were complete, further recording took place at Malabar Studio, Oslo. Only then was A Sense Of Growth complete.

With A Sense Of Growth complete, Hubro Music scheduled the release of the album for July 8th 2016. That day, Jessica Sligter released the most ambitious album of her career, A Sense Of Growth.

Opening A Sense Of Growth is Surrounds, Surrounds Me. The introduction is both atmospheric and dramatic. Synths are to the fore. They’re variously jagged, crystalline and elegiac as this moody, cinematic soundscape unfolds. Meanwhile, a broody bass synth meanders across the arrangement. They join synths in setting the scene for Jessica’s vocal on this ballad. It’s akin to a confessional as she sings: “I went down to the city and tried to compensate for the loss that I’d caused, what a waste.” As Jessica lays bare her soul, synth strings, a sultry saxophone and viola accompany the drums that provide the slow. thoughtful heartbeat. Meanwhile, Jessica’s vocal is rueful, and full of guilt and sadness. Whatever she does, this guilt and sadness: “Surrounds, Surrounds Me” on what’s a heartachingly beautiful confessional.

Wherever You Go is another ballad; and one that not only showcases Jessica’s  skill as a singer and songwriter, but as a producer. As the arrangement unfolds, it’s almost understated. Just a piano and the rhythm section combine before cascading strings accompany Jessica’s impassioned vocal on this paean. From the start,there’s doubt in her vocal: “I guess I could try to be part of some thoughts I could reconcile” This doubt continues: “I’ll go wherever you go, no worries, I imagine.” By then, Jessica combines power and emotion with sadness and frustration. She’s on an emotional roller coaster. Later, her vocal is multi-tracked, before her vocal becomes melancholy. Then  later, a blistering guitar threatens to feedback. It’s reigned in, and adds an element of drama to what’s a wistful and cinematic ballad.

Distant drums join with a punchy rasping saxophone on A Sense of Growth. It’s is the first of two tracks to feature the vocal prowess of Jenny Hval. Jazz-tinged describes the introduction, before swaths of synths strings and multi-tracked vocals sweep in. They add an element of drama, before dropping out. Replacing them, are the drums and percussion. By then, another cinematic confessional is unfolding. It tells the story of how someone lost their “autonomy” and “found myself tainted and appropriated, stunned I gave all claims” Later Jessica admits “I lost my identity” and it seems confidence. It’s a heart wrenching story that Jessica and Jenny Hval make seem very real. Especially with as the two different parts of the arrangement  flit in and out, one replacing the other. This results in a  powerful and moving song, that reaches a poignant crescendo.

Just a wistful clarinet plays, as the bubbling sounds give way to a sample of running water. Soon, a galloping bass and drums join The Dream Dealer. Again, it features Jenny Hval. Her vocal is panned quickly, across the harmonies. That’s until Jessica takes charge of the lead vocal. It’s assured and feisty. Jessica’s vocal sits atop the galloping arrangement, as she dawns the role of The Dream Dealer: “I just supply them and demand is so high.” Meanwhile, the mournful clarinet, harmonies and the rhythm section combine as Jenny’s filtered vocal is panned. By then, the drums replicate the sound of a horse galloping along. This is in keeping with this song. So are the futuristic sounds that come courtesy of the synths. They add the finishing touches to what’s a truly inventive song that sounds as if it belongs on a 21st Century Western.

As The Smoking Tree unfolds, it has an understated, folk-tinged sound. Just a probing bass accompanies Jessica’s vocal. It’s perfectly suited to this type of song. So is the clarinet and harmonies that are added. The harmonies transform the song, and add a contemporary sound. Meanwhile, the lyrics are full of imagery from the past and social comment. Jessica’s vocal is dramatic, and starts ofd half-spoken before she  sings of poverty and society divided into the haves and the have-nots.“An old woman asks me “coins to dance, then she and her man dance a dance of precarity, a jury of five, grinning and spitting sitting out rom the Gucci store.” With their rich and vivid imagery, and its fusion of folk and soulful harmonies The Smoking Tree shows another sides of Jessica Sligter.

A synth drones moodily, on Mercilessly Clear. Suddenly, a scratchy viola plays adding a cinematic sound to the drama of the drones. Then Jessica’s accusing, hurt-filled vocal enters. Soon, she’s combining power and emotion. Meanwhile, shrill strings and droning, bubbling synths meander moodily along as occasional drums punctuate the arrangement. They add a degree of drama to a powerful song that’s a mixture of music and theatre.

Run, Now! closes A Sense Of Growth. As a jagged, droning synth accompanies Jessica’s vocal, a banjo plays. Soon, she’s joined by harmonies as folk and country combine. They provide an almost minimalist backdrop for Jessica’s ethereal, emotive vocal. Occasionally, a drum pounds briefly, and later, a guitar wah-wahs. This adds a psych-folk sound. Meanwhile, synths and electronics add an avant-garde sound. Taking  centre-stage are Jessica’s vocal. She combines power and emotion, while tight harmonies accompany her. While Jessica steals the show, the harmonies play their part in the sound and success of this genre-melting song. It’s ensures that A Sense Of Growth closes on a high.

Partly, this is because Jessica Sligter reevaluated not just how she writes songs, but how songs are written per se. This allowed her to deconstruct and reconstruct the songwriting process. The result are seven captivating songs where Jessica lives and breathes the lyrics. She dawns the role of a storyteller, as she combines paeans, confessionals, and social comment with songs filled with hurt and pain. This includes the heart-wrenching title-track. Just like so many of the songs on A Sense Of Growth, it has a cinematic quality. Jessica dawns the role of director, and uses instruments and harmonies to help her tell these stories. This is hugely effective, and results in a truly compelling and innovative, genre-melting album.

Throughout A Sense Of Growth, Jessica Slighter uses an array of musical instruments like an artist would use his palette. However, Jessica’s choice of instruments is impeccable. She mixes and matches a variety of instruments. Some seem like unlikely bedfellows, but somehow, they work and combine create songs that are variously beautiful, cinematic, dramatic, emotive and moving. Other songs veer between elegiac and ethereal; to emotive and melancholy and sometimes, poignant and wistful. Each and every song on A Sense Of Growth is guaranted to stir an emotion and make the listener think. That’s why A Sense Of Growth is a career-deifining album from soncic inovator and explorer Jessica Sligter.

The Dutch born, but Oslo based singer, songwriter, musician and producer has come a long way since reelasing her debut album Balls and Kittens, Draught and Strangling Rain, six years ago in 2010. Since then, Jessica Sligter has been winning friends and influenced people. However, it was Jessica Sligter’s sophomore album Fear And The Framing that saw many critics forecast a great future for her. That looks like being the case. A Sense Of Growth, which was recently released by Hubro Music, is  a career-defining album, and the one that should introduce Jessica Sligter’s music to a much wider audience. 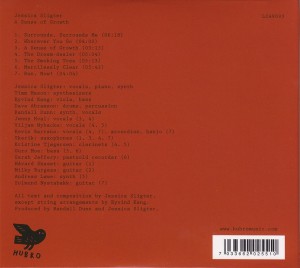