BACK ON THE STREET AGAIN (AUSTRALIAN FUNK, SOUL AND PSYCH (MOSTLY) FROM THE FESTIVAL VAULTS.

Back On The Street Again (Australian Funk, Soul And Psych (Mostly) From The Festival Vaults).

All too often, many record buyers forget that there’s more to music than the classic rock that was produced on both sides of the Atlantic during the late-sixties and seventies. While this was a hugely important and influential period musically, and was when some of best, and most important albums in the history of music were released, there’s a whole world of music awaiting discovery.

Sadly, many music lovers know what they like, and like what know. They’re resistant to new types of music, and have a very  narrow musical taste. If it’s not The Beatles, Rolling Stones or The Beach Boys, they don’t want to know. That is a great shame, given how much music from the four corners of the world has been reissued over the past three decades.

This has been helped no end, by the internet. Now it’s possible to discover music from all over the world at the click of a button. If they like what they hear, they can buy an album or compilation from the comfort of their sofa. Never has buying music been easier. A new compilation that will be of interest to not just those with an eclectic taste in music, but anyone who loves good music, is Back On The Street Again (Australian Funk, Soul And Psych (Mostly) From The Festival Vaults), which was recently released by Festival on CD and as a double LP.

Fifty years ago, in 1967, The ID released what was their one and only album Big-Time Operators on the Spin label. The ID were lead by Jeff St. John, whose regarded as possessing one of the most soulful voices in Australia. He puts it to good use on this storming, hook-laden, mod-soul cover of Feel Awight. It would go down well on the UK’s Northern Soul scene.

Ross D. Wyllie was born in Brisbane, Queensland in 1948 and released a handful of singles between 1967 and 1972. This included Do The Uptight on Festival Records in 1967. It was penned by Johnny Young of Young’s Talent Time, and is another song that was a favourite of Australian mods.

One of the pioneers of Australian funk was the Johnny Rocco Band. Their career began in the early seventies, and by 1975 they released their one and only album Rocco on The Ritz Gramophone Company. A year later, Rocco was released in North America by 20th Century Records. One of the funkiest tracks on Rocco was Funky Max, which has a harder, funky sound that heads in the direction of P-Funk. Funky Max has a truly timeless funky sound that’s testament tp bandleader Russell Dunlop, who sadly, passed away in 2009.

Another dance-floor filler is Voodoo Funk, which was on the B-Side of a promo released by Dalvanius and The Fascinations on Infinity in 1977. Checkmate On Love had been chosen as the single. Not for the first time, the better song was relegated to the B-Side. Later in 1977, Checkmate On Love was released as a single, with Voodoo Lady still tucked away on the flip-side. Any DJ who flipped over to Voodoo Funk would’ve discovered a glorious slice of disco funk that’s just as good as anything that was being released in Britain, Europe and America. Sadly, Voodoo Funk was the one that got away for Dalvanius and The Fascinations. Nowadays, it’s a much prized asset of clued up

Renée Geyer was only twenty-four when she released her third album Moving Along on RCA Victor in 1976. It reached number eleven in Australia, and was Renée Geyer’s first album to be released by RCA Victor in America. That was no surprise, as the Melbourne born singer had established a reputation as having one of the finest voices in Australian music. Proof of that is Be There In The Morning where Renée Geyer delivers one of her most soulful vocals on Moving Along.

John Sangster solo career began in 1967, when the composer, drummer, cornettist and vibraphonist released his debut album The Trip. Two years later, and John Sangster released his third album Ahead Of Hair on Festival Records. It was another ambitious album from the man that’s nowadays remembered as one of Australia’s finest jazz drummers. He puts his many talents to good on Hair, playing vibes and drums on this groundbreaking jazzy track.

Very little is known about the Ray White Revival who covered Stevie Wonder’s Superstition in 1976. However, it’s an uber funky and soulful track from the long forgotten and truly talented Ray White Revival.

Just like many record companies in the seventies, Festival Records had their own studio band. This was the Festival Studio 24 Orchestra, who released two albums between 1974 and 1976. Their sophomore album was Heading In The Right Direction, which featured Africa (L’Ete Indien). It was released as a single in 1976, and smooth slice of soul funk from the  the Festival Studio 24 Orchestra.

Brute Force And His Drum only released the one single on the Copperfield label. This was Weird and Wonderful in 1974, which begins with a soliloquy that says: “hey drum, let’s play something weird and really wonderful.” It certainly does. Weird And Wonderful was left-field percussive funk track that’s one of the rarest tracks on Back On The Street Again (Australian Funk, Soul And Psych (Mostly) From The Festival Vaults). Copies are almost impossible to find, and when they come up for sale, change hands for large sums of money. However, DJ Kinetic makes it possible to hear Weird and Wonderful without taking out a second mortgage.

Two tracks from McPhee’s 1972 eponymous debut album are included on Back On The Street Again (Australian Funk, Soul And Psych (Mostly). It’s thought that Moto was self-released, and only 500 copies being pressed. Anyone who has a copy, doesn’t seem willing to part with highly prized heavy psych album. It sometimes heads in the direction pop. proto-prog and soul, while referencing Black Sabbath and Jefferson Airplane vocalist vocalist Grace Slick. Twp of the highlights of this oft-overlooked album are The Wrong Time and ndian Rope Man.

Back in 1971, Kahvas Jute released their debut album Wide Open on the Infinity label. It was a groundbreaking album and found Kahvas Jute pioneering progressive rock. Since then, Wide Open has become another highly collectable, hidden gem that today, changes hands for over £1,200. One reason why, is Odyssey which is one of the highlights of Wide Open.

In 1969,Tamam Shud released their debut album Evolution on CBS. Great things were expected from Tamam Shud. However, a year after the release of Goolutionites And The Real People in 1971, Tamam Shud split-up in 1972. Forty-five years later, and  Tamam Shud are regarded as one of the greatest Australian psychedelic and progressive rock bands. A reminder why is the lysergic, progressive delights of Sea That Swells (From Morning Of The Earth).

Blackfeather were without doubt, one of the most popular and successful groups of the early seventies. They were formed in 1970, and a year later, released At The Mountains Of Madness on Infinity in 1971. Originally, Blackfeather started life as a progressive rock band. The progressive sound can be heard throughout At The Mountains Of Madness, and on The Rat Suite “Main Title” which features some blistering, blazing guitar riffs. Later, though, Blackfeather their sound, moving towards a much populist rocky sound which found favour with the wider record buying public. However, The Rat Suite “Main Title” is a reminder of Blackfeather’s progressive rock era.

During the seventies, Al Styne was an actor and singer who popular in the club circuit. In 1977, Al Styne got the opportunity to record an album for Festival Records. He was joined by The ABC Showband on his 1977 album Yesterday When The World Was Warm. It featured Vehicle, which features a funky and jazz-tinged arrangement as Al Styne’s vocal unleashes a powerful, soulful vocal.

British composer Keith Mansfield penned Oz Bump (Soul Thing) for Hot Source in 1975. It was released on Festival Records and was funky and dance-floor friendly. Hot Source it seemed were looking to jump on the disco bandwagon. However, when the single failed to make any impression on the charts, Hot Source didn’t release a followup. Since then, it’s become a much prized single, that regularly changes hands for in excess of £100.

Count Copernicus and The Cosmic Fire released Painted Ego as a single on Festival Records in 1974. It featured an impressive array of talent. They put that to good use on a funky, soulful, rocky and lysergic sounding song. It’s another hidden gem that’s a welcome addition to the compilation.

Closing Back On The Street Again (Australian Funk, Soul And Psych (Mostly) From The Festival Vaults) is a cover of The Beatles’ A Day In The Life from John Sangster’s sophomore album The Joker Is Wild. It was released on Festival Records in 1968, and is best described as acidic easy listening. In doing so, John Sangster stays true to psychedelic sound of the original.

Back On The Street Again (Australian Funk, Soul And Psych (Mostly) From The Festival Vaults) which was recently released by Festival, is without doubt, one of the best compilations of 2017 so far. It’s quality all the way, as DJ Kinetic introduces  the listener to twenty tracks from the sixties and seventies. This ranges from avant-garde, disco, easy listening, funk, jazz, progressive rock, psychedelia, rock and soul on this truly eclectic and captivating compilation.

There’s contributions from familiar faces, new names and a few old friends. Most of these tracks are hidden gems, including several from artists who only released the one single. Others got as far as releasing an album, while some released two or more albums. Sometimes, the artists and bands who released just one or two albums, left behind innovative and groundbreaking albums. Many of these albums are now collector’s items, that change hands for large sums of money.

Back On The Street Again (Australian Funk, Soul And Psych (Mostly) From The Festival Vaults). 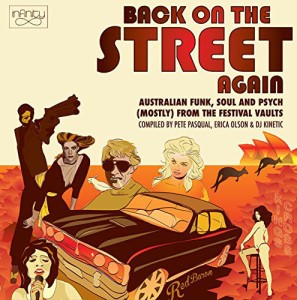 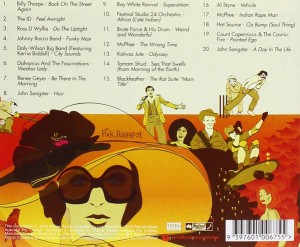 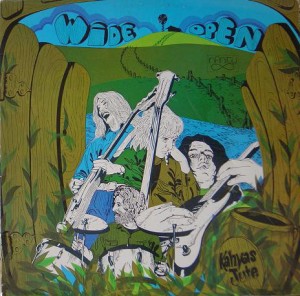 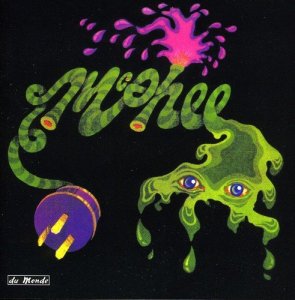 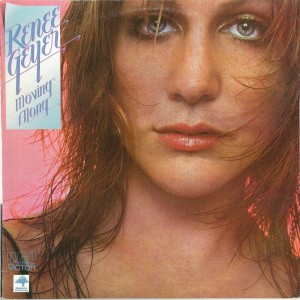 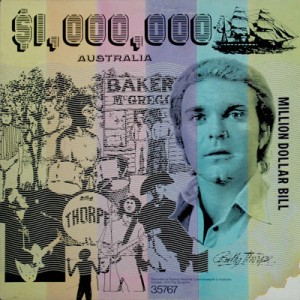 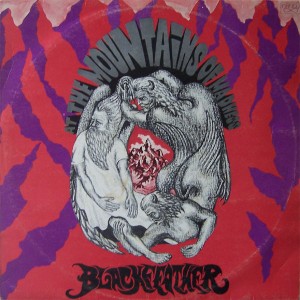 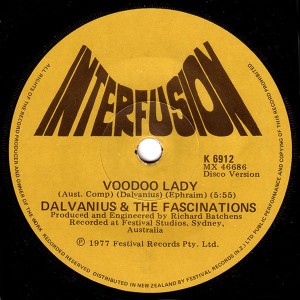 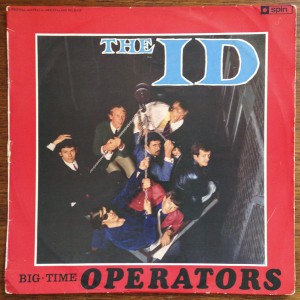 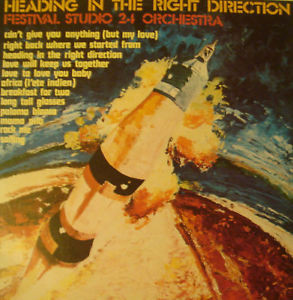 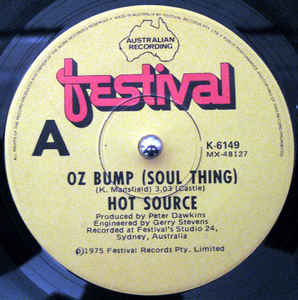 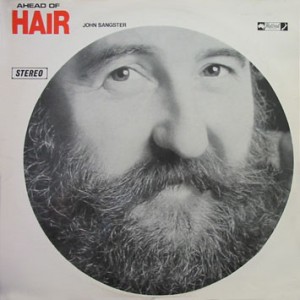 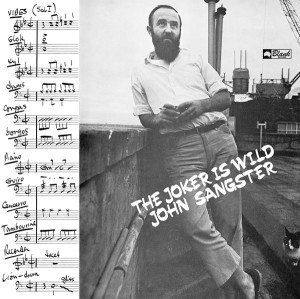