Over the last couple of weeks, many people within the music industry have had only one thing in their mind…Record Store Day. It seems to take on greater importance with each passing year. 2017 was no exception, with the majors especially, releasing a myriad of releases. They varied in quality from the good, the bad to the ironic and dreadful. A new low came with the release of Aqua’s Barbie Girl in pink vinyl. Incredibly, some critics waste valuable column inches on these pointless releases. In doing so, they overlook albums that are much more deserving of their attention. A case in point in is Neotolia’s new album Neotolian Song, which was released by Interrobang Records on April ‘23rd’ 2017.

Sadly, Neotolian Song failed to attract the attention of critics, who instead, would rather write fawning, puff pieces about third rate Record Store Day releases. In doing so, they’re missing out on a captivating album that was recorded by multinational band led by singer-songwriter Nazan Nihal and pianist and composer Utar Artun. They met several years ago, when Utar Artun was visiting Turkey.

By then, Utar Artun was a professor at the prestigious Berklee College of Music. When it came to the holiday season, Utar Artun decided to travel home to Turkey. That was where he first heard Nazan Nihal sing some traditional songs that she had arranged. When Utar Artun heard Nazan Nihal sing, it stopped him in his tracks. He remembers saying: “we have to record those songs.” This was the start of collaboration and friendship.

Over the next weeks and months, Nazan Nihal and Utar Artun continued to collaborate on a variety of songs. These songs were arranged by Utar Artun, and sometimes, headed in unexpected directions. Suddenly, the traditional songs began to taking on new life and meaning.

Meanwhile, romance blossomed between Nazan Nihal and Utar Artun, which eventually led to the pair marrying. This resulted in Nazan Nihal leaving her in home in Turkey, to make a new life in Boston.

While Nazan Nihal was enjoying her new life Boston, she experience occasional bouts of homesickness. To overcome her homesickness, she began to listen to Turkish music. Meanwhile, Utar Artun was still wanted to record some of the songs that Nazan Nihal had arranged.

This lead to Nazan Nihal and Utar Artun collaborating together. They wrote new songs together, while Utar Artun arranged traditional Turkish songs. Often, he took them in new and unexpected directions. Nazan Nihal remembers: “Utar can transform music in any direction imaginable,.. I come with a musical idea, discuss it with him and then we find a groove or rhythm. After that point we improve that idea together. Utar adds the final touch. He scores the music. Then the band plays it, and it becomes real.” These arrangements are then played by Nazan Nihal and Utar Artun and a band that features musicians from the four corners of the world.

The band are responsible for what Utar Artun describes as: “a kaleidoscope of different colours..We use African and Indian elements, jazz and American grooves, Eastern European scales and Turkish maqams.” This was no ordinarily project. Instead, Utar Artun describes it as: “an ambitious concept.” So much so, that: “some of the songs called for us to invite guest artists who could bring these ideas to life with their unique voices.”

This resulted in Nazan Nihal and Utar Artun putting together a multitalented band of musicians from as far afield as China, Finland, Iraq, the Lebanon and Turkey. This included a a pan-European rhythm section of Italian drummer Giuseppe Paradiso; Swedish bassist Bruno Råberg and Finnish guitarist Jussi Reijonen. They comprise the core band. However, they were augmented on individual songs by the great and good of world music.

It features a myriad of different instruments and influences. This includes traditional Turkish instruments like the qanun, ney and oud, which join Western and Eastern strings including the violin, cello and erhu. They join a core quintet which is lead by vocalist Nazan Nihal and pianist Utar Artun. They were augmented by the various guest artists as recording of Neotolian Song got underway.

By the time the album was complete, Neotolia had bridged the music of the East and West, on an album which was a mixture of old and new songs. While several traditional Turkish folk songs feature on Neotolian Song, there’s also new songs. Some of these have been inspired by traditional Turkish folk songs, but head in a new direction as Neotolia switch between and sometimes, combine elements of improv, World Music and jazz. These disparate genres sit side-by-side on Neotolian Song, and play their part in what’s a truly captivating album.

Neotolian Song was the work of a multitalented, multicultural  ensemble who showcase their experience and versatility. They pooled their resources, and exchanged ideas to create what was an ambitious and innovative album. This was something that Nazan Nihal and Utar Artun had dreamt of and been working towards for a while. Now “with a little help from their friends” Neotolia embarked upon a musical voyage of discovery, and in the process made what had previously been a dream, become a reality.

Nazan Nihal rememberers the record as we were:  “feeling our roots, but we want to keep our music in the present. We put our own stamp on it, drawing on the influences from different cultures. We have one foot in Anatolia and one foot all around the world.” That becomes apparent as Neotolian Song unfolds.

Fittingly, it’s a a new song, Bir Varmis Bir Yokmus Hayat (Once Upon A Life)  opens Neotolian Song. It features lyrics by Nazan Nihal, who delivers a heartfelt and emotive vocal. Straight away, it’s apparent she’s a gifted vocalist who can breath life and meaning to the lyrics. Providing the perfect foil is Utar Artun’s piano is omnipresent. However, the rest of the band, they play their part in the sound and success of this song. Stealing the show, is Utar Artun’s piano and Nazan’s vocal which starring roles in the sound and success of this beautiful, poignant song.

The genre-melting Thrill Of The Chase is a voyage of discovery, full of twists and turns. It features elements of African, traditional Turkish improv and jazz, and proves the perfect showcase for the considerable talents of this all-star and. Especially vocalist and avant-garde percussionist Arto Tunçboyacıyan and drummer Dave Weckl, who play starring roles in what’s ambitious and inventive track.

Degismek Cesaret Ister (Change Takes Courage) is a thought-provoking and poignant song where Nazan Nihal mourn the victims of terrorism. The arrangement ebbs and flows, as she delivers the lyrics to what’s a melodic and memorable song where Nazan Nihal’s emotive vocal leaves a lasting impression. It’s a similar case on Neotolian Song, Nazan Nihal and Utar Artun imagined lost ancient languages. The result was Neotolian Song, which features a vocal that’s a mixture of emotive, ethereal, heartfelt and powerful. It’s one of Nazan Nihal’s finest moments on Neotolian Song.

There’s a trio of traditional Turkish folk songs on Neotolian Song. This includes Manastir Turkusu (Song Of The Monastery) which features just the piano and a heartfelt vocal from Nazan Nihal. Gul Kuruttum (I Dried Roses) is a quite the beautiful, poignant reworking of a traditional folk song. Degmen Benim Gamli Yasli Gonlume (Don’t Touch My Sorrowful, Mournful Heart) has been reimagined and reinvented and totally transformed as traditional Turkish music gives way to a jazz masterclass. It’s the perfect showcase for the band’s versatility, while Nazan Nihal copes admirably with the change in style, and is perfectly suited to singing jazz.

Iraqi violinist  Layth Sidiq joins the band on Pendulum, and provides a haunting backdrop to Nazan Nihal’s impassioned and soulful vocal. Later, as arrangement ebbs and flows, Layth Sidiq’s violin plays a starring role, before then baton passes to Nazan Nihal. Together they’re responsible for another the highlights of Neotolian Song,

Joining the quintet on Lydianic were Bruno Raberg, Jussi Reijonen and Giuseppe Paradiso. Without doubt, Lydianic is one of the most moving songs on Neotolian Song. It features what’s thought to be the lyrics of an ancient Lydian song. Lydia was the language of what’s nowadays known as Western Turkey. Sadly, the language has become obsolete, and the correct way to pronounce has been lost in the mists of time. Despite that, Nazan Nihal’s delivery is incredibly moving as she takes the utmost care with her delivery of a truly beautiful, heart-wrenching song. So much so, that Nazan Nihal remembers: “when we played this tune in concert, people started crying. We were shocked..Meaning may not be as important as the message you’re sending from the heart.” That is certainly the case on Lydianic, which is Neotolia finest hour on Neotolian Song.

Next time you’re in a record store, rather than head to where the remaining Record Store Day releases are, look for a copy of extraordinary album, Neotolia’s new album Neotolian Song, which was released by Interrobang Records on April ‘23rd’ 2017. It’s a truly ambitious album.

Neotolia combine a myriad of disparate musical genres, influences and instruments on Neotolian Song and influences. This includes African and Indian elements, Eastern European scales and Turkish maqams. Add to this elements of avant-garde, improv, traditional Turkish music and jazz and that’s part of the story of Neotolian Song.

A wide range of instruments were used throughout Neotolian Song. They augment the core band, and range from percussion and Turkish zither, to a flute, various guitars, strings and Chinese flute. These instruments are played by multitalented musicians, who provide the perfect accompaniment to Nazan Nihal’s vocals.

She breathes life, meaning and emotion into the lyrics, and plays a big part in the sound and success of Neotolian Song. Without Nazan Nihal, Neotolian Song wouldn’t be the same album. Quite simply, she’s irreplaceable. That becomes apparent after just a couple of songs, where  Nazan Nihal showcases her talent and versatility. She’s equally comfortable singing a variety of different songs. Whether it’s traditional Turkish folk or jazz, Nazan Nihal is equally at home and plays a starring role on Neotolian Song.

So does composer and pianist Utar Artun, who like Nazan Nihal has been working towards the release of Neotolian Song. “With a little help from their friends,” Neotolia have created songs that are variously beautiful, emotive, joyous, poignant, powerful and through-provoking. They’re also melodic and memorable, Some of the songs feature subtleties, surprises and nuances. All of a sudden, Neotolia throw a curveball, and the songs head in an unexpected direction. However, this keeps the listener on their toes during Neotolian Song, which is an ambitious captivating and  extraordinary album from Neotolia.

They’ve been working towards the release of Neotolian Song for some time, and now what was once a dream, has become a reality from a band who: “have one foot in Anatolia and one foot all around the world,”…Neotolia. 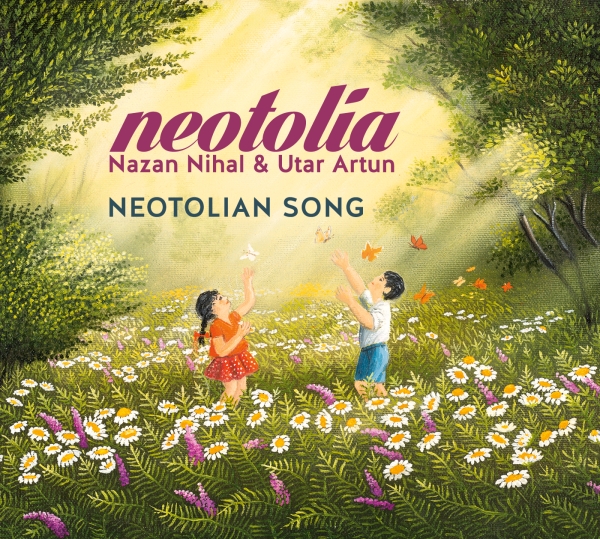 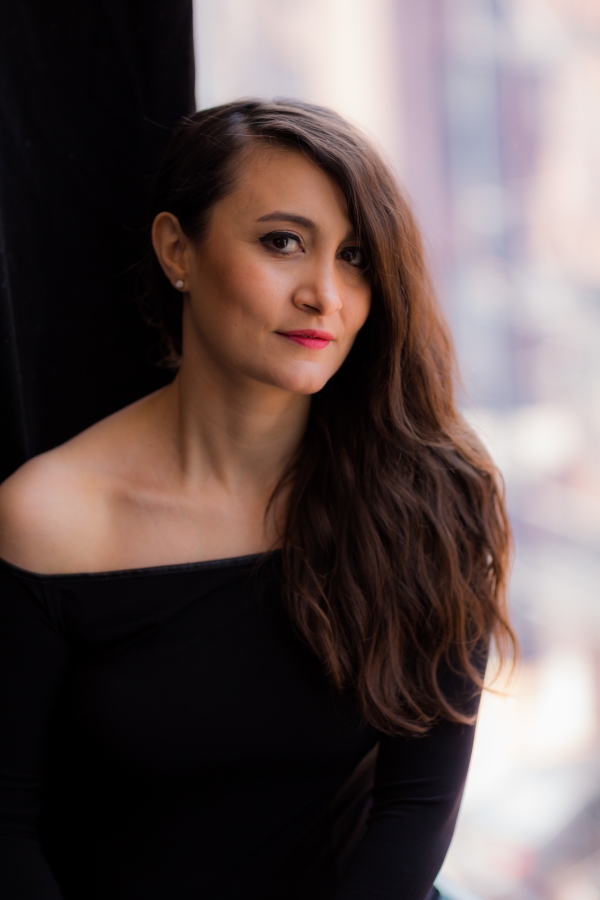 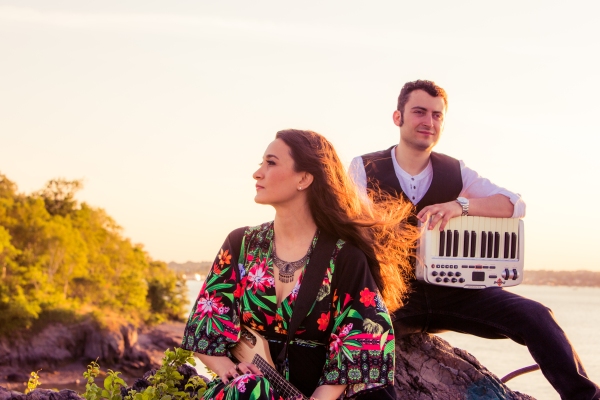 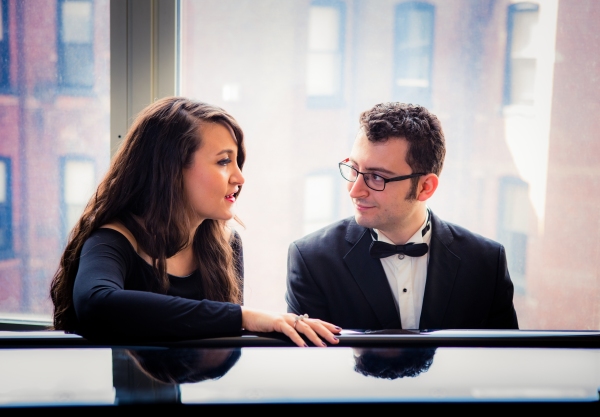