By 1975, Ireland had a vibrant music scene, and one of its rising stars Cromwell, was about to release its debut album, At The Gallop. It was an album guaranteed to get any party started, and feared an irresistible fusion of musical genres and influences. Everything from swaggering, strutting, good time, seventies rock ’n’ roll rubs shoulders with blues, country rock and beautiful ballads on At The Gallop. Similarly, Cromwell were inspired by everyone from early seventies Rolling Stones’ albums to Thin Lizzy Mott The Hoople, The Faces and the Flamin’ Groovies’ 1971 album Flamingo. This potpourri of musical genres and influences should’ve transformed the fortunes of Cromwell. Sadly, the album failed commercially and it’s only recently that his hidden gem has found the audience it deserves.

In December 1971, David Bowie  fourth album Hunky Dory, was released to widespread critical acclaim. Hunk Dory was one of the most eclectic, ambitious and innovative albums of David Bowie’s career. It reached number three in the UK, but didn’t replicate the same success in America. That was surprising given the quality of an album that opened with Changes and featuring Oh You Pretty Thing, Life On Mars and closing with the Velvet Underground inspired Queen Bitch. David Bowie’s latest musical reinvention had resulted in one of the finest albums of his long and illustrious career, Hunky Dory which is a stonewall classic. 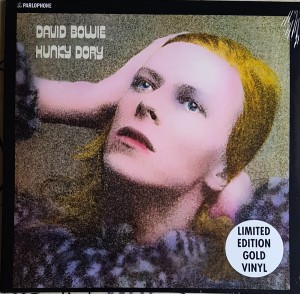 David Bowie-The Rise and Fall Of Ziggy Stardust and The Spiders From Mars. 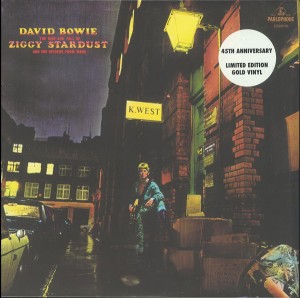 On his fifth album Ding, released in 2011, Dieter Moebius embraced the latest technology including a random loop generator. This he put to good use during the making of Ding. The loops it generated, were combined with bifurcate rhythms, impalpable and ghostly voices and a myriad of assorted audio matter which became part of the eleven soundscapes on Ding. This resulted in a very different album from Kram, by fusing elements of avant-garde,Berlin School, electronica, experimental, industrial, Krautrock and Musique Concrète. Add to this an array of hypnotic, industrial mechanical and robotic sounds and it’s one of the most ambitious and experimental albums of Dieter Moebius’ solo career.

When Kram was released in 2009, the music veered between understated, ruminative and elegiac to playful, joyous and tinged with humour, to charming and moderne. Other times, the music is mesmeric and hypnotic, before becoming dark and dramatic. Sometimes, the music becomes experimental and ambitious, while other times, Dieter Moebius unleashes a myriad of futuristic and sci-fi sounds. They join found and throwaway sounds, samples and Dieter Moebius’ trusty synths which he uses to create another genre-melting album which is sometimes cinematic, but captivates. The result is an album that features Dieter Moebius at most ambitious and innovative.

After Dieter Moebius was invited to perform music to accompany a screening of Fritz Lang’s legendary silent film Metropolis, he decided to record a full-length album featuring the music from the Metropolis project. Recording began in 2012, but wasn’t completed by the time of Dieter Moebius’ death in 2015. That wasn’t the end of the project, and three of Dieter Moebius’ friends completed Musik für Metropolis. They played their part in soundscapes that were atmospheric, dramatic, futuristic, melodic, menacing, mesmeric, poignant and full of tension. Always the filmic music on Musik für Metropolis captivates and compels as Dieter Moebius paints pictures with music. 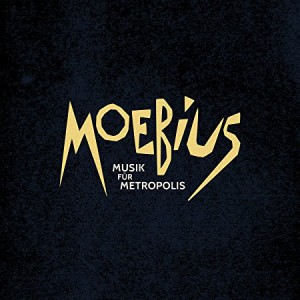 When El Turronero released New Hondo on Belter Records in 1980, it was the seventh and the most ambitious album of the thirty-three year old flamenco singer’s career. By then, El Turronero was an experienced cantaor singer with a legion of fans across Spain. They attended his concert and bought his albums. That was until he released New Hondo, a groundbreaking and genre-melting album where he set about reinventing flamenco. He fused different styles of flamenco with boogie, disco, funk, Philly Soul, psychedelia, rock and social comment. This was meant to mark the reinvention of El Turronero and flamenco. Sadly, it wasn’t to be and it was El Turronero’s least successful album. Nowadays, New Hondo is receiving the critical recognition it so richly deserves, and is regarded as a landmark album that had the potential to transform the future of flamenco music.

Between 1969-1971 Emilio Aparicio, an electronic experimental musician from Guatemala, pioneered the use of the Moog synth in Latin America. Emilio Aparicio used his newly acquired Moog synth to record the music on Expansión Galáctica which showcases the a musical pioneer. The music he recorded was ambitious, innovative, imaginative and timeless as genres melt into one. Sadly, Emilio Aparicio didn’t enjoy the commercial success his music deserved, and hopefully, somewhat belatedly this musical maverick’s music will find the audience that it deserves.

As 1970 dawned, a new era began for former teen idol Erasmo Carlos, who was about to embark upon a three-year period where he released a triumvirate of albums that nowadays, are regarded as cult classics. The first of these albums was Erasmo Carlos E Os Tremendoes, saw Erasmo Carlos embrace the artistic freedom that many of his contemporaries and peers enjoyed. Suddenly, the singer-songwriter flourished and his music became sophisticated and eclectic as he combined disparate musical genres and influences. Bossa Nova, folk, funk, psychedelia, rock ‘n’ roll, samba-rock and souls were all combined on Erasmo Carlos E Os Tremendoes, which was the first of a trio of albums that marked the coming of age of musical pioneer. Despite featuring something for all musical tastes, record buyers failed to understand Erasmo Carlos E Os Tremendoes, and it was only a generation later that this groundbreaking album found an appreciative audience within a coterie of musical connoisseurs.

By the time Erasmo Carlos released his eponymous albums in 1971, he was in the middle of one of the most creative periods of his long career. Long gone were his days as a teen idol, as he enjoyed artistic freedom to create an album that had been influenced by counterculture that had swept the globe. The result was another album that incorporated Bossa Nova, folk, funk, psychedelia, rock ‘n’ roll, samba-rock and soul. This irresistible potpourri should’ve brought commercial success Erasmo Carlos’ way. Sadly, commercial success eluded the album, it was only later that Erasmo Carlos received the recognition and found the audience in deserved. 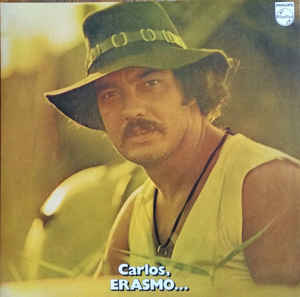