By 1966, the mods with their carefully cultivated image were still a familiar sight and sound in towns and cities the length and breadth of Britain as they rode around on their Lambretta or Vespa scooters. They still sported tailor-made suits, button-down collar shirts, thin ties, wool and cashmere jumpers which were protected by fishtail parkas and continued to wear desert boots, Chelsea boots and bowling shoes. However, by 1966 the mods had also started to wear Beatle boots, Fred Perry polo shirts and were growing their hair longer while some even experimented with makeup, as their image started to change. It seemed nothing stayed the same, not even the music that the mods listened to.

Musically, mods had eclectic taste in music by 1966, and had embraced American R&B and soul music in the early sixties, and especially singles that were released on Stax, Atlantic Records and Tamla Motown. Soon, mods were investigating some of the smaller American soul labels looking for oft-overlooked hidden gems during their regular trips the local record shops, where they ordered imports, and discovered new musical genres.

This included ska and reggae, which the mods had discovered whilst looking through the racks of new arrivals and imports. While  the mods enjoyed soul, R&B, reggae and ska, they didn’t turn their back on British music and enjoyed pop and rock music and especially the Rolling Stones, The Who, Small Faces and The Kinks, who were perceived as “mod” groups. These future giants of British were part of the new and eclectic soundtrack that the mods were listened to during 1966.

Despite their sudden interest in soul, ska, R&B, reggae, rock and pop, the mods were still passionate about modern jazz in 1966. This was fitting, as the modernists came to prominence in the late fifties, and their name came about because of their love of modern jazz. It was still part of the soundtrack to life as a mod in 1966, and always would be. This includes the music on Soho Scene ’66 Jazz Goes Mod, which was released by Rhythm & Blues Records for Record Store Day 2018.

There’s eleven tracks on Soho Scene ’66 Jazz Goes Mod which includes contraptions from familiar faces and new names. This includes The Harry South Big Band, Ronnie Scott, The New Jazz Orchestra, Alex Welsh, Johnny Scott, Gabor Szabo, Jimmy Tillman, Freddie Roach and Jimmy McGriff. These tracks will transport ageing mods to 1966 when the times they were a changing, and the Summer of Love was just a year away.

Opening Soho Scene ’66 Jazz Goes Mod is a live version of Six To One Bar which is taken from Presenting which was the debut album by The Harry South Big Band. It was released on the Mercury label, and features some of the top British jazz musicians. They were led by bandleader, composer and pianist Harry South and on the blues Six To One Bar where The Harry South Big Band play in 6/4 time on what’s one of the highlights of Presenting.

In 1966, British jazz saxophonist and composer Ronnie Scott, who also owned of London’s leading jazz clubs, had just released The Night Is Scott And You’re So Swingable on the Fontana label. It featured an all-star band that included drummer Tony Crombie, guitarist Ernest Ranglin and pianist Stan Tracey. One of their finest moments on The Night Is Scott And You’re So Swingable is Treat It Lightly which features a breathtaking and urgent solo by bandleader Ronnie Scott which ensures the alums closes on a high

Organist and composer Harry Stoneham joined forces with drummer Johnny Eyden in 1966, and the pair recorded an oft-overlooked album Two Fellas To Follow, which was released  on the Tepee label. It featured Coming Home Baby which was made famous by Ray Charles. However, this familiar track and reimagined and reinvented by Harry Stoneham and Johnny Eyden. Playing a leading role in the reinvention of Coming Home Baby is Harry Stoneham’s fleet fingered  virtuoso performance on Hammond organ as he unleashes a   virtuoso performance as the track heads in the direction of soul-jazz and funk.

The New Jazz Orchestra was a British big band that was founded in 1963, and were active until 1970. During that period, some of the biggest names in British jazz and fusion including Neil Ardley, Ian Carr, Barb Thompson, Tony Reeves, John Hiseman, Trevor Watts and Paul Rutherford. In 1965, The New Jazz Orchestra released their debut album Western Reunion London 1965, which featured Big P which often featured on their setlist. That is no surprise as it’s one of the highlights of Western Reunion London 1965, as they play with speed and fluidity combining jazz’s past and present on what’s a welcome addition to Soho Scene ’66 Jazz Goes Mod.

Jazz trumpeter, cornetist and bandleader Alex Welsh was born in Edinburgh, Scotland in 1929, and after moving to London in the early fifties, formed his own band and soon  became part of trad jazz scene. By 1966, the thirty-seven year old had already toured the world, and was a popular entertainer as well as jazz musician. A reminder of this talented trumpeter who passed away in 1982 aged just fifty-three on this impressive and memorable live version of Bluesology.

Johnny Scott And His Orchestra released the soundtrack to A Study In Terror on the Roulette label in 1965. A year later, he released The Theme From “A Study In Terror” as a single in 1966 on Parlophone. Tucked away on the B-Side was the Johnny Scott composition Punjab, which was spotted by eagle-eyed mods who decided to find out what was on the flip-side to the single. They discovered Punjab, a cinematic hidden gem that deserved to fare better than to languish on the B-Side

Hungarian jazz guitarist Gabor Szabo was thirty in 1966, when he released Jazz Raga on Impulse! It was one of the most ambitious albums of his third solo album Jazz Raga, which was produced by Bob Thiele and included Mizrab. Ironically, Jazz Raga received mixed reviews upon its release, but later, critics realised that it was a groundbreaking, innovative and inventive genre-melting album that broke down musical barriers. Jazz, psychedelia and traditional Indian music melt into one on Mizrab which is one of the highlights of Jazz Raga.

In 1966, the Jimmy Tilman Trio released Vampire as a single on the short-lived Nahum label. Vampire Parts 1 and 2 which features on Soho Scene ’66 Jazz Goes Mod epitomises the mod sound circa 1966, as elements of jazz, R&B and rock are combined by the Jimmy Tilman Trio during this underrated single which sometimes, sounds like a  party in the studio.

Benny Poole from Jackson, Michigan, was inspired to play the saxophone after hearing Wardell Gray playing with the Benny Goodman Orchestra. Although Benny Poole followed in his hero’s footsteps, he switches to flute when he recorded Parts 1 and 2 of Hi-Heel Sneakers live at Sammy’s with a small, but talented band. Later in 1966, Benny Poole’s jazz-tinged, funky and soulful cover of Hi-Heel Sneakers was released as a single on The Cascade Sound label. It’s a reminder of the talented reedman from Michigan.

Closing Soho Scene ’66 Jazz Goes Mod is Jimmy McGriff’s soul-jazz cover Hallelujah, which featured on his 1966 album A Bag Full Of Soul. It was released by Solid State Records, an imprint of United Artists, and features a stellar performance the Philly born soul-jazz organist on Hallelujah, as he adds flamboyant flourishes and ensures this familiar song swings, and then some.

Soho Scene ’66 Jazz Goes Mod which was released by Rhythm & Blues Records, on Record Store Day 2018, shows that it wasn’t just the mods that were changing, but also jazz music. Ronnie Scott, the Jimmy Tilman Trio and especially Gabor Szabo who released his cup classic Jazz Raga in 1966, represented the changing face of jazz, as new sub-genres were born, and others grew in popularity.

This included soul-jazz, whose popularity continued to grow in 1966.  Two of the finest purveyors were Freddie Roach  and Jimmy McGriff who played the Hammond organ, and helped own the inimitable soul-jazz sound. This proved popular amongst mods, whose musical taste was becoming more eclectic with every passing year.

No longer was it just modern jazz that provided the soundtrack to their daily lives. They had also discovered and embraced soul, ska, R&B, reggae, rock and pop. Still, though, the mods were still passionate about modern jazz in 1966.

Meanwhile, trad jazz was yesterday’s sound, with modern jazz surpassing its one time rival in the popularity stakes. Even Alex Welsh had turned his back on trad jazz, and was more popular than ever having embraced modern jazz. Just like many jazz musicians, he knew that they couldn’t rest on their laurels, or one day, their music may no longer be relevant.

That may have seemed unlikely in 1966, when the music on Soho Scene ’66 Jazz Goes Mod, was released, but already the psychedelic revolution was underway and a year later in 1967, it was  the Summer of Love in America and Britain. By then, jazz music just like the mods would have changed.

Everything from the clothes that the mods wore, to they way they wore their hair and even the drugs that they took started to change. So did the music that they listened to, but still their passion for modern jazz remained. That was the case in 1966, when the music on Soho Scene ’66 Jazz Goes Mod released, and this would be the case in the late-sixties and during the second mod revival in the late-seventies in Britain, and the early eighties in America. The mods with their carefully cultivated image and their discerning and timeless taste in music including that is documented on Soho Scene ’66 Jazz Goes Mod was the one of the most enduring and influential  youth cults in British cultural history. 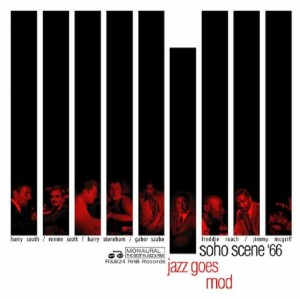 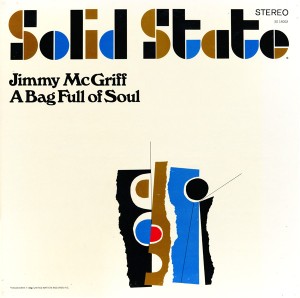 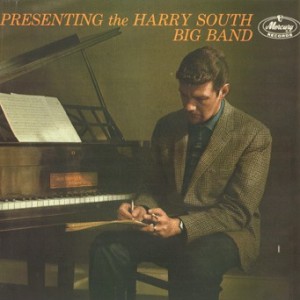 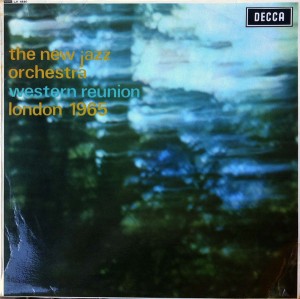 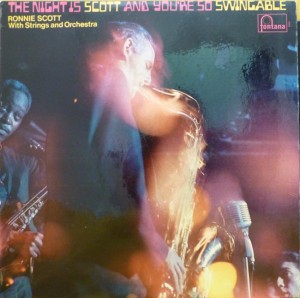 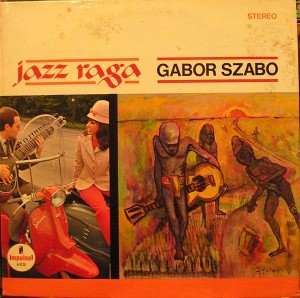 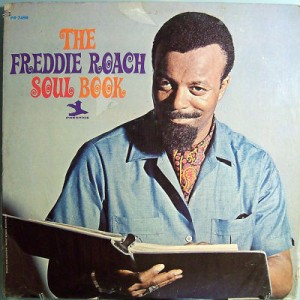 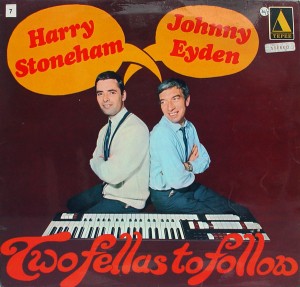