Pianist and composer Nik Bärtsch was born in Zurich on the ‘3rd’ of August 1971, and by the age of ten was already studying piano and clarinet and later, went the Zurich Musikhochschule. At the University Of Zurich Nik Bärtsch majored in musicology, linguistics and philosophy and also discovered avant-garde music.

Soon, Nik Bärtsch was exploring and embracing the music of John Cage, Steve Reich and Morton Feldman as he embarked upon what was a musical voyage of discovery. The music that Nik Bärtsch discovered, would later influence his musical career. 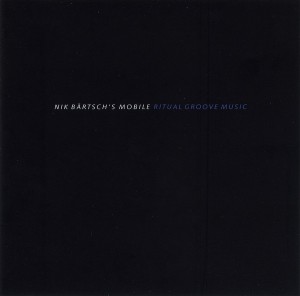 This began in 2002, when Nik Bärtsch’s Ronin released their debut album Randori, which was an ambitious and experimental album that showcased the zen funk that new band was pioneering. This would gradually take shape and find an audience over the next few years.

Before that, Nik Bärtsch released his first solo album Hishiryo: Piano Solo later in 2002. It was a set of rituals which had been prepared piano and percussion, and this found favour with critics who hailed the album as an ambitious debut from Nik Bärtsch. 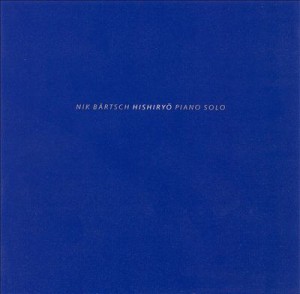 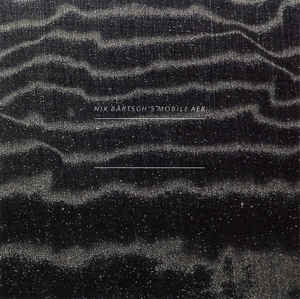 Meanwhile, Nik Bärtsch’s Ronin returned with their new studio album Rea, which featured a trio of guest artists. This included former Mobile reedman Sha who played baas clarinet on two tracks. He was joined on Modul 33 by tenor saxophonist Thomy Geiger and trumpeter Michael Gassmann. They added new dimension to track and what was tight band that played groove based music that was complex, cyclical, minimalist and beautiful. Rea was regarded as Nik Bärtsch’s Ronin’s finest hour.

Given the quality of on their previous album Aer, and the music that Nik Bärtsch’s Ronin had been releasing since 2002, it was no surprise when they were signed to Manfred Eicher’s ECM Records. It’s one of the most prestigious jazz labels and was known for consistently releasing ambitious, challenging and groundbreaking music.

In 2006, Nik Bärtsch’s Ronin released Stoa, which was their fourth album and first for ECM Records. Stoa saw Nik Bärtsch’s Ronin starting as they meant to go on with what was a captivating and complex, but curious and sometimes frustrating album of ambitious and provocative music that featured little in the way of harmony and melody. Stoa won over critics, and was a fitting followup to Aer, as the zen funk pioneers continued to push musical boundaries to their limits and sometimes, it seemed way beyond.

Holon was an album of ever-changing musical moods where complicated interlocking motifs continually develop during what can only be described as a series of masterful performances where Nik Bärtsch’s Ronin showcased their rhythmic and percussive skills. It seemed that Nik Bärtsch’s Ronin were going from strength-to-strength at ECM Records.

After another two years, Nik Bärtsch’s Ronin released their much-anticipated fifth album Llyrìa in 2010. Although it had a minimalist sound it was a quite different album from previous outings. The music although rhythmic and motivic seems to have been influenced by both funk and soul, as a much more organic and emotive sound starts to take shape. Llyrìa was released to critical acclaim and Nik Bärtsch’s Ronin continued in their mission to reinvent their music.

Quite the opposite, as Nik Bärtsch’s Ronin continued to give performances where the music was ambitious, exciting, inventive,  innovative and full of nuances and subtleties as it ebbed and flowed and was full of musical peaks and troughs. Nik Bärtsch’s Ronin Live was a tantalising taste of the zen funk pioneers in concert and showed how far they had come since their first Live album. 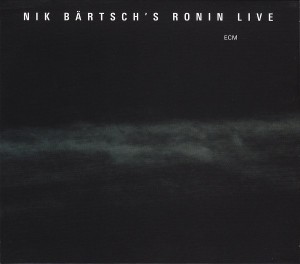 Nearly four years passed before Nik Bärtsch’s Ronin released their next album, Continuum in April 2006. It featured a very different lineup of the band. Only Nik Bärtsch, reedman Sha and drummer Kaspar Rast remained and were joined by drummer Nicolas Stocker and a string quartet. This had the potential to take Nik Bärtsch’s zen funk which many people were calling ritual groove music in a new direction.

It certainly did, on what was an eclectic and intimate album of polished, ethereal, glacial and serene zen funk which features a series of disciplined and unhurried performances by the latest lineup of Nik Bärtsch’s Ronin, who still find time and room to improvise on Continuum, which unsurprisingly, was released to widespread critical acclaim. Continuum which sounded as if it had been influenced by Phillip Glass and American soundtrack composer Thomas Newman was another groundbreaking release by zen funk pioneers Nik Bärtsch’s Ronin. However, the big question was what did the future hold for Nik Bärtsch’s Ronin?

Eighteen months after the release of Continuum, the latest lineup of Nik Bärtsch’s Ronin arrived at Studios La Buissonne, in Pernes-les-Fontaines in October 2017 to record a new album that eventually became, Awase.

Pianist and bandleader Nik Bärtsch penned five of the six compositions on Awase, including Modul 60, Modul 58, Modul 38, Modul 34 and Modul 5 were penned by Nik Bärtsch, while Sha contributed the enigmatically titled A. These tracks were recorded by the latest lineup of Nik Bärtsch’s Ronin

As soon as ECM Records announced the release of Nik Bärtsch’s Ronin’s new album Awase, critics wondered what direction the zen funk or ritual groove music pioneer’s music would head? One thing was certain, there was no chance that Nik Bärtsch’s Ronin would stand still. That was for lesser groups.

Opening Awase was the ruminative and serene Modul 60 which allows the listener five minutes to reflect, before Nik Bärtsch’s Ronin changes things around. They play with speed, power and an insistence on Modul 58 repeating they same motif during this breathtaking and fluid performance where the music is hypnotic and melodic. Thankfully, Nik Bärtsch’s Ronin allow the listener to draw breath before the music becomes urgent and dramatic. Later, Sha’s playing adds a new dimension while the band jam and take this eighteen minute Magnus Opus to new heights. Very different is the dark, dramatic and mesmeric A which languorously reveals its secrets as Sha’s alto saxophone plays a starring role.

Minimalist describes the early part of Modul 36 which seems hesitant to reveal its secrets, but soon, Nik Bärtsch’s Ronin are stretching their legs and playing with speed as the music becomes hypnotic, before the zen funk pioneers improvise before returning to a tighter  and much more fluid groove based sound as Modul 36 eventually reveals its secrets.

Eerie, dark, dramatic and cinematic describes Modul 34 as Nik Bärtsch’s Ronin take the listener on a captivating musical journey  unfolds. At one point, the music pauses, and rebuilds becoming urgent and still cinematic. What follows is nine magical minutes where rock meets jazz, and is reminiscent of mid-seventies fusion at its best. Closing Awase is Modul 59 which bookends the album beautifully. and is a minimalist soundscape that flows and meanders and again, allows the listener to ruminative and reflect on what’s one of Nik Bärtsch’s Ronin finest albums, Awase.

Twenty-one years after Nik Bärtsch’s career began when he founded Mobile in 1997, the forty-seven year old is quite rightly regarded as a true musical pioneer who consistently released albums of ambitious, and innovative music where he pushes musical boundaries to their limits, and sometimes way beyond. That was the case with Nik Bärtsch’s Mobile, and then with his groundbreaking group Nik Bärtsch’s Ronin who pioneered zen funk, which is sometimes known as ritual groove music. Incredibly, this is something that Nik Bärtsch’s Ronin have been doing for the best part of two decades. However, Nik Bärtsch’s Ronin seemed to come of age when they signed to ECM Records.

Nik Bärtsch’s Ronin’s ninth album Awase is without doubt one of their finest albums, and is the perfect introduction to their music. It veers between beautiful, ethereal, serene and understated to dark, dramatic and eerie to hypnotic and mesmeric, but is also melodic and other times Nik Bärtsch’s Ronin allow time to reflect and ruminate as they showcase their carefully honed trademark zen funk sound on Awase, which is a near flawless album from this groundbreaking group.