Brooklyn-based producer Brian J Nickodemus Nickodemus was only fourteen when he made his DJ-ing debut behind the wheels of steel, and just like many before him, he was hooked. Soon, he was playing out on a regular basis and throwing his parties where he played everything from hip hop and house to reggae, soul, funk and jazz. Already, Nickodemus knew that he wanted to make a career out of music.

Although Nickodemus was happy working as a DJ and compiling compilations, he had decided to embark upon a new career as a producer. This was a natural progression for many DJs who were already editing and remixing tracks. Nickodemus was no different, and had been remixing tracks for several years when he made he decision to embark upon a career as a producer.

When Nickodemus released his debut album Endangered Species in October 2005, it featured a vast cast of guest artists who played their part in what was a truly eclectic, genre-melting album that  took the listener on musical journey around the world in thirteen carefully crafted tracks. They were funky, soulful and guaranteed to swing as dancefloor friendly tracks rubbed shoulders with hip hop on an album that features a myriad of Balkan, Eastern, Latin and tropical sounds. Endangered Species was an ambitious album, and one that Nickodemus hoped would launch his career as a producer. 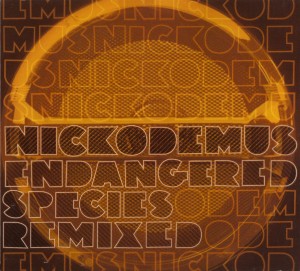 Buoyed by the success of Endangered Species, Nickodemus returned with his sophomore album Sun People in June 2009. Just like Endangered Species, Sun People featured a number of guest artists, and was another eclectic album. To some extent, Sun People reflected the music that Nickodemus played during his DJ sets with funk, Latin and reggae rubbing shoulders with hip hop and house on album that was inspired by music from all over the globe. This Nickodemus was a winning formula.

When Sun People was released, it was to almost overwhelming critical acclaim. It was another carefully crafted and eclectic album that showcased Nickodemus’ skills as a producer, and managed to surpass the quality of Endangered Species.

In December 2009, Sun People Remixed was released, and found some of the top remixers reinventing the twelve tracks on Sun People. This included Earthrise Soundsystem, Spy From Cairo, Red Astaire, J. Boogie, Hird, Pablo Sanchez and Sabo. The remixers transformed the tracks which were just as eclectic as those on Sun People.

Over the next three years, Nickodemus continued to work as a DJ and remixer, and compiled further volumes in the Nickodemus Presents Turntables On The Hudson compilation series. Nickodemus’ career was continued to go from strength-to-strength. Still he found time to record his third album, Moon People.

Just like his two previous albums, Moon People featured a number of guest artists, which included a mixture of familiar faces and new names. They recorded another eclectic album of uplifting dance music that included the African dub-electro of the album opener Under The Volcano, the Bollywood hip-hop of Moon People, the roots-breaks of Alkebulan and the funkified Peaceful Island Life. Latin-tinged described The Nuyorican Express and Conmigo, while Under The Volcano has a Middle Eastern sound and Los Tarantos fuses Spanish guitar and Moorish influences, before the sound of the Balkans shawn through on the album closer Vino People.

When Moon People was released in June 2012, it was to the same critical acclaim as Sun People and Endangered Species. It seemed that Nickodemus could do no wrong.

Wonderworld: 10 Years Of Painting Outside The Lines.

Three years later, and Nickodemus released the compilation Wonderworld: 10 Years Of Painting Outside The Lines to celebrate the ten years of making music. It featured tracks from his first three albums and collaborations with a variety of artists including Taraf de Haïdouks, Jay Rodriguez, The Real Live Show and Afrika Bambaataa. Wonderworld: 10 Years Of Painting Outside The Lines was a welcome addition to Nickodemus’ back-catalogue, but his fans were already wondering when would he release his next studio album? 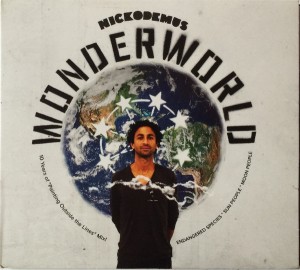 After nearly six years, Nickodemus recently returned with his long-awaited and much-anticipated fourth studio album, A Long Engagement. In true Nickodemus style, A Long Engagement features what seems like a cast of thousands who play their part in the making of another eclectic, genre-melting album.

Joining Nickodemus on A Long Engagement are a mixture of old friends and new names who collaborated on the thirteen tracks. This includes vocalist Carol C who many music fans will remember for her performances on cult classics like Cleopatra In New York and Mariposa. There’s also guest appearances from New York MC’s The Real Live Show, The Pimps of Joytime, Brooklyn-based Afrobeat band Antibalas and keyboardist Victor Axelrod. There’s also Fémina  a rising star from Argentina, and one of the country’s superstars La Yegros. The final pieces of this musical jigsaw are hear Grammy nominated singer Innov Gnawa and soul man Grey Reverend. They’re part of a dizzy array of talent who play their part in a truly eclectic album.

A Long Engagement opens with the irresistible, mesmeric title-track where a sample of a train gives way to jazzy horns and crisp beats and a scatted vocal as this eclectic and exotic fusion of musical genres is sure to whet the appetite. It gives way to Will You Still Be Here where MC’s The Real Live Show trade verses with The Pimps of Joytime on a soulful, jazz-tinged slice of hip hop NYC style. After that, Nickodemus rings the changes.

Grammy nominated reggae singer Jahdan Blakkamore takes charge of the urgent and emotive vocal on the uplifting Livin’ Your Dream. Innov Gnawa has also been nominated for a Grammy, and feature on this Moroccan influenced makeover of Mystic Molay where pounding drums provide the backdrop to the impassioned vocal.

From Argentina’s Patagonia region is vocalist Fémina whose joined by The Spy From Cairo on Inmortales (Body Move), where soul meets hip hop on this irresistible dancefloor filler. La Yegros is an Argentinian superstar and plays her part in genre-melting fusion of traditional and modern music that is long on hooks.

Carol C plays a starring role as she delivers a sultry, needy vocal on Do You Do You? Providing the perfect accompaniment is The Spy From Cairo, who provide a moody backdrop to this Lebanese funk song from the eighties. Alsarah’s vocal on The Crow is one of the finest on A Long Engagement, and sounds as if it’s been inspired by seventies disco. After that gypsy violins combine with squelchy synths and beats to drive the 4/4 arrangement to the earworm  Invisible Cities along. Grey Reverend then adds a soulful vocal to Music Man.

Very different is the cinematic sounding Sugarella where pizzicato strings and a haunting, ethereal vocals join with synths and beats, to show another side to Nickodemus. It’s another of the highlights of  A Long Engagement. Night Blooming Jasmines is an uptempo anthem-in-waiting, while All Over The Place (Outro) is a joyous and uplifting genre-melting track that closes the album on a high.

Although six years is a long time to wait for Nickodemus’ fourth studio album A Long Engagement, which was recently released by Wonderwheel Recordings, is another carefully crafted and accomplished album of eclectic and genre-melting music. Countless musical genres are combined over thirteen tracks by what seems like a cast of thousands, who came from all over the world to play their part A Long Engagement. It’s akin to a musical tapestry  which was woven by producer Nickodemus, and became A Long Engagement which marks the welcome return of the Brooklyn-based producer, DJ and remixer with what’s the finest album of his career. 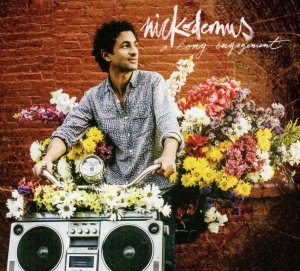