By 1959, Detroit based songwriter, producer and future musical impresario Berry Gordy Jr had already discovered The Miracles and started to build a successful portfolio of recording artists. There was only one problem, what would Berry Gordy Jr do with these talented artists and groups? It was Smokey Robinson, the leader of The Miracles, that came up with the answer, when he suggested that Berry Gordy Jr found his own record label.

Straight away, this made sense to Berry Gordy Jr, and he borrowed $800 from his family to form his own R&B label. Originally, Berry Gordy Jr planned to call his new label Tammy Records, after a song that had been recorded and released by Debbie Reynolds. There was only one problem, someone had beaten Berry Gordy Jr to the punch, and had already registered the name Tammy Records. This was a huge blow for Berry Gordy Jr, who suddenly, had to think of a new name for his nascent record label.

After some thought, Berry Gordy Jr came up with the name Tamla Records, which was incorporated on January the ‘12th’ 1959, in Detroit, Michigan. That day musical history was made.

Nine days later, Tamla Records began trading on January the ‘21st’ 1959, and not long after that, Marv Johnson’s single Come to Me was the label’s first release. Tamla Records second release was another single by Marv Johnson, You Got What It Takes, which was released later in 1959 and reached number two in the US R&B charts. This was a huge boost to the nascent Tamla Records.

Buoyed by this success, Berry Gordy Jr was already making plans to expand his musical empire, and formed a new record label, Rayber. Its first release was Wade Jones’ single Insane, which sunk without trace and nowadays, one of the rarest singles that was released by one of Berry Gordy Jr’s labels.

In the spring of 1960 Berry Gordy Jr decided to merge his two small labels, and on April the ’14th’ 1960 Tamla Records and Motown Records were merged into one label new company, Motown Record Corporation.

Six months later, The Miracles released their single Shop Around nationally on the ‘15th’ of October 1960, which topped the US R&B charts late in the year, and reached number two in the US Billboard 100 in early 1961. By then, Shop Around had become Tamla Records’ first million-selling hit single, and Berry Gordy Jr’s labels were about to provide the soundtrack to America over the next decade.

During the next ten years, Motown played an important role in the racial integration of popular music, and became one of the most successful soul labels in America. Between 1961 and 1971, Motown Records enjoyed 110 top ten singles, and twenty-eight singles released on Berry Gordy’s labels topped the US Billboard 100. Berry Gordy Jr was regarded as the man with the Midas touch.

Realising that funk was here to stay, Motown Records embraced the new genre, which provided the label with further success during the seventies and early eighties. This includes Eddie Kendrick, Commodores, Stevie Wonder, Rare Earth, Marvin Gaye, Edwin Starr, Puzzle, Grover Washington Jr and Dazz Band who all feature on Motown Funk 2, which was released as a double album on transparent yellow vinyl, by UMC for Record Store Day 2018.

Opening Motown Funk 2, is Valerie Simpson’s Drink The Wine which featured on her 1972 eponymous sophomore album on Tamla. Just like the rest of the songs on Valerie Simpson, Drink The Wine was penned and produced by Nick Ashford and Valerie Simpson. They’re responsible for a carefully crafted slice of sultry soulful funk which is very different to the music that Motown Records had been releasing just a few years earlier.

In 1973, former Temptation Eddie Kendricks released his third album Eddie Kendricks, which featured Keep On Truckin’ which was written by Anita Poree with Frank Wilson and Leonard Caston. Keep On Truckin’ which became synonymous with Eddie Kendricks was co-produced by Frank Wilson and Leonard Caston, and went on to become a favourite of DJs and compilers. That is no surprise as the album version of Keep On Tuckin’ that features on Motown Funk 2 is an eight minutes epic that is tough, funky, jazz-tinged and soulful sounding.

When Earl Van Dyke released his debut solo album Earl Of Funk, on Berry Gordy Jr’s Soul label, one of the tracks he covered was Sly Stone’s Thank You Falettinme Be Mice Elf Agin. This tempo rises and there’s an urgency as Earl Van Dyke and the Funk Brothers reinvent this familiar song and take it in a new direction.

When American funk rock band Rare Earth released their fourth album Ecology, on the Motown imprint Rare Earth in 1970, it featured a cover of (I Know) I’m Losing You, which was written Eddie Holland, Cornelius Grant and Norman Whitfield, who took charge of production. The result was an eleven minute opus where Rare Earth fuse funk and psychedelic rock during what’s one of their finest hours.

Although Syreeta had signed to Motown in the mid-sixties, she never made her recording debut until 1972, when she released her debut album Syreeta on the Mowest imprint. By then, Syreeta was married to Stevie Wonder who produced her eponymous debut album. Just like so many of the tracks from the early seventies, the Motown sound has received a much-needed makeover, and proof of this To Know You Is To Love Her. Gone is the stomping beat which for too long had been a feature of many Motown releases. In its place, was a slicker and much polished sound with dancing strings playing their part in this beautiful and memorable marriage of soul and funk which features a vocal powerhouse from Syreeta.

While many music fans of a certain age remember the Commodores for the soulful ballad Easy, aficionados of funk remember them for tracks like Brick House. It was written by the  Commodores, who arranged and produced Brick House with James Carmichael. Brick House then featured on the Commodores’ debut album Machine Gun, which was released on Motown in 1974, and reached 138 in the US Billboard 200 and thirty-six in the US R&B charts. One of the highlights of Machine Gun was Brick House with its tough, funky, soulful sound. Even today, it’s still a favourite of DJs and compilers, and can be found on many compilations.

Chicago-based Puzzle signed to Motown in 1972, and released two albums between 1973 and 1974. This included their sophomore album, The Second Album which was released in 1974 and included Haiku. It’s a captivating combination of funk, fusion and soul that is a reminder of this oft-overlooked, talented and versatile band. Sadly, The Second Album was Puzzle’s swan-song, as their album How Do We Get Out Of This Business Alive which was scheduled for release in late 1974 was cancelled.

Closing Motown Funk 2 is the single version of the Cleveland-based Dazz Band’s Let It Whip, which featured on their fourth album Keep It Live. It was released on Motown in 1982, and by then, music was changing, and boogie was flavour of the month amongst dancers and DJs. There’s a boogie influence to Let It Whip, which is also funky, soulful and dancefloor friendly.

For anyone yet to discover the funky side of Motown Records, then Motown Funk 2 which was released for Record Store Day 2018, is the perfect starting place. Motown Funk 2 features a tantalising taste of the funky music that Berry Gordy Jr’s label was releasing during the seventies and early eighties.

By then, Motown Records was based in LA, and had come a long way from the early days in Detroit. Despite moving across the country in 1972, some of the artists that had played an important part in the rise and rise of Motown Records, including Marvin Gaye, Stevie Wonder and Eddie Kendricks who was now a solo artist, were still signed to Berry Gordy Jr’s label. What had changed was the music that they were making.

Marvin Gaye and Stevie Wonder had matured and were making much more grownup music, that was slicker and had a much more polished sound. Although the music was still soulful, much of it was funky and some of it was dancefloor friendly. That was the case with much of the music that features on Motown Funk 2, which includes contributions from familiar faces and what will be new names to many record buyers. Some of these artists were only passing through Motown Records, and only released a couple of albums. However, often these albums are oft-overlooked hidden gems and are a reminder of what might have been? These groups also played their part in reinventing the formulaic Motown sound.

Berry Gordy Jr must have realised that if the Motown sound didn’t change, it risked becoming irrelevant. By signing new artists and groups to Motown Records and its various imprints, Berry Gordy Jr ensured that his musical empire not only survived but thrived as it released funky, soulful and dancefloor friendly music during the seventies and early eighties, including the nineteen tracks on Motown Funk 2 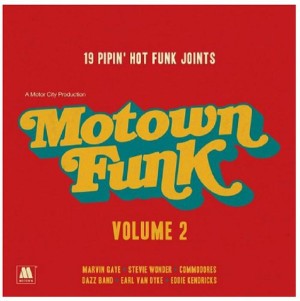 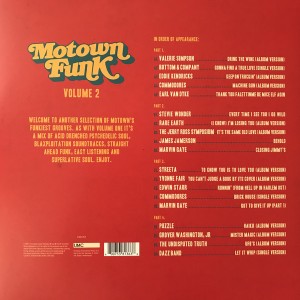 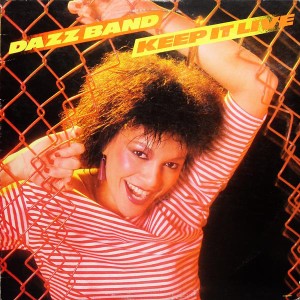