By 1969, Armen Boladian was a familiar face within the Detroit music scene, and the musical impresario was about to launch a new label Westbound Records. This came as no surprise to those that knew Armen Boladian who previously, had founded and run the Fascination label and the Record Distribution Corporation. However, when Armen Boladian’s latest venture Westbound Records opened its doors in 1969, he had no idea that it would become a musical institution.

In a way, that was no surprise, as Armen Boladian brought onboard talented arrangers, musicians, producers and songwriters to work with the artists he would sign to Westbound Records over the next few years. This included CJ and Company, Denis LaSalle, Dennis Coffey, Funkadelic, The Detroit Emerald and The Ohio Players. These artists would bring commercial success and critical acclaim the way of Westbound Records.

That honour fell to Funkadelic, who released eight albums on Westbound Records. This began with Funkadelic in May 1970 and six years later, Tales of Kidd Funkadelic was released in September 1976 just before the P-Funk pioneers signed to Warner Bros. By then, music and Westbound Records was changing.

Armen Boladian had already launched Eastbound Records, which started life as a jazz label and signed artists of the calibre of Bill Mason, Caesar Frazier, Houston Person and Melvin Sparks. Later, Catfish Hodge, Fantastic, Pleasure Web, Robert Lowe and The Houston Outlaws would all sign to Eastbound Records. However, by 1975 Eastbound Records was no more and all the artists on the label’s roster became part of Westbound Records.

As 1975 gave way to 1976, disco was growing in popularity, and like many record labels, Westbound Records were keen to embrace disco. This was a perfect opportunity for artists and groups to reinvent themselves, especially any artists whose career was at a crossroads and needed kick-started. Disco had the potential to kick-start ailing and failing careers, while new stars were born and embarked upon musical careers.

Opening Westbound Disco is C&J and Co’s Devil’s Gun which was released as a single in 1977, and reached thirty-six in the US Billboard 100 and two in the US R&B charts. Later, in 1977, C&J and Co released their debut album which reached sixty in the US Billboard 200 and twelve in the US R&B charts. Devil’s Gun was produced by Dennis Coffey and Mike Theodore, and mixed by Tom Moulton. This was the latest trend in music, with the remixer seen as the man who could sprinkle magic dust on the music. A single of the quality of Devil’s Gun that was soulful, funky, tough and dancefloor friendly didn’t need magic dust or snake oil as it oozed quality and forty-one years later has stood the test of time.

By 1978, the Fantastic Four had jumped on the disco bandwagon and released B.Y.O.F. (Bring Your Own Funk). This was also the title  of The Fantastic Four’s fourth album which was released in 1978. It was produced by Dennis Coffey and one of the highlights of the album B.Y.O.F. (Bring Your Own Funk). Although it has a tougher sound that many disco songs released in 1978, it’s funky, soulful and guaranteed to tempt even the most reluctant dancer onto the dancefloor.

Although Dennis Coffey was busy producing other artists and groups signed to Westbound Records, he still found time to record the single Wings Of Fire which was released in 1977, and later that year, featured on his fourth album Back Home which was mixed by Tom Moulton. The standout track on Back Home was Wings Of Fire, a carefully crafted combination of disco, funk, jazz and proto-boogie where Dennis Coffey’s guitar plays a leading role in the sound and success of the track which reached number ten in the US Disco charts.

During the disco era, many disco orchestras were founded in cities across America, and followed in the footsteps of Vince Montana Jr’s Salsoul Orchestra. This included The Mike Theodore Orchestra who released their sophomore album High On Mad Mountain in 1979. It featured the eight minute epic High On Mad Mountain, which epitomises everything that is good about the disco orchestra including rasping horns, harmonies and sweeping strings who march to the beat of Jerry Jones and Lee Marcus’ drums.

In 1977, Westbound Records released King Errisson’s single Manhattan Love Song, which later that year, featured on his LA Bound album. It was produced by Dennis Coffey and Mike Theodore, and mixed by Tom Moulton. Manhattan Love Song is a reminder of the soulful side of disco, although stabs of horns interject as strings sweep and swirl. Together, they play their part in one of the highlights of Westbound Disco.

The Clark Sisters were an American gospel group whose recording career began in 1973, when they released their debut album Jesus Has A Lot To Give. Eight years later, The Clark Sisters recorded You Brought The Sunshine which was the title-track to their 1981 album on Sound Of Gospel Records. By then, disco had been consigned to musical history and boogie was flavour of the month amongst DJ and dancers. Despite that, when Westbound Records licensed You Brought The Sunshine (Into My Life) in 1983 and had the track remixed for the post disco dancefloor, the result was fusion of disco, gospel and soul where The Clark Sisters who are unlikely disco divas testify and then some.

By 1979, disco was on its last legs, but still record labels continued to release singles and albums hoping that the bubble wouldn’t burst. Disco had been a cash cow for many record labels, and Westbound Records had enjoyed its fair share of hits. In 1979, The Crowd Pleasers released Freaky People on Westbound Records, which was a track from their eponymous debut album. One of the highlights of Crowd Pleasers, which was produced by Leroy Emmanuel and Bernie Mendelson was Freaky People which was fusion of disco and P-Funk that sounds as if it has been inspired by Funkadelic and Parliament.

Chicago-based Eramus Hall were founded in the late-seventies, but only released two albums during their career, including their 1981 debut Your Love Is My Desire. It featured Beat My Feet which was produced by Joel Martin and Rudy Robinson, and is a fusion of smooth soul, jazz-funk and a post P-Funk sound that hints at boogie. This is a potent combination and one reason to investigate Eramus Hall’s debut album Your Love Is My Desire.

Closing Westbound Disco is the instrumental Song Of The Wild from an unlikely and most possibly reluctant disco star Caesar Frazier. He released a trio of albums for Eastbound Records and Westbound Records, including his 1978 swan-song Another Life. However, Song Of The Wild didn’t feature on Caesar Frazier’s triumvirate of albums and was released as a single in 1978 and finds the funky soul-jazz organist from Indianapolis reinventing himself as a disco star. In doing so, the hugely talented Caesar Frazier shows another side to his music  which is well worth investigating.

Westbound Disco which was recently released by Westbound Records, which is an imprint of Ace Records, features ten tracks that are a reminder of the disco and post disco era. During this period, the artists and groups on Westbound Records’ roster embraced disco fully.

For some it was a case of necessity as they attempted to kickstart their career, while other artists were just beginning their career, and keen to secure that all important hit single. Some of the artists signed to Westbound Records, and brought further success to Armen Boladian’s Detroit-based label. That was no surprise.

Some of the artists signed to Westbound Records stuck with a winning formula, with strings, horns and harmonies playing their part in the sound and success of the single. However, other artists knew that this sound would eventually sound dated, and were keen to reinvent the disco sound. They knew that if disco didn’t evolve, it risked becoming irrelevant, and artists and groups started  incorporating elements of gospel, P-Funk, proto-boogie and post-P-Funk into the music they were releasing. While the music wasn’t always commercially successful, just like the rest of the music on Westbound Disco it’s stood the test of time, and even today would tempt the most reluctant dancer on to the dancefloor. 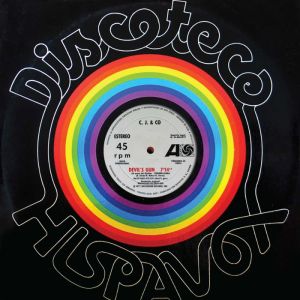 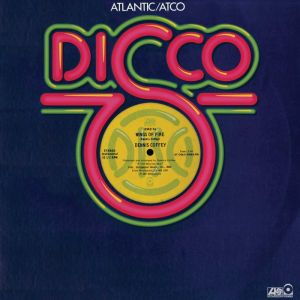 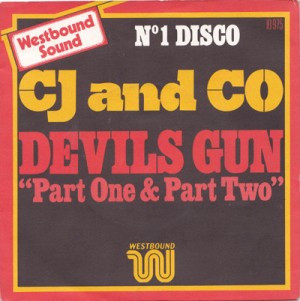 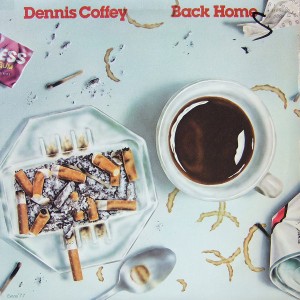