Other record companies only have dollar signs in front of their eyes,  and are only interested in making some quick money. As a result, very little time is take compiling the compilation, and instead they recycle the same tired and predictable the same tracks. A favourite for this type of label  is disco and Northern Soul, and usually, they release compilations like Disco Floorfillers Volume 22 and Twenty Norther Soul Stompers That Were Heard At The Wheel. They’re the type of compilation to avoid at all costs, and instead take some time looking for a lovingly curated compilation.

The Spanish label Vampi Soul have just released the lovingly curated compilation Czech Up! Volume 2: We’d Be Happy., which is the eagerly awaited followup to Czech Up! Volume 1: Chain of Fools.  It features twenty-two tracks, including contributions from Olympic, Mahagon, Famous Five, Apollobeat, Beatings, The Blue Effect, SHQ, Metronom, Jazz Q, Vulkan, Flamengo, The Soulmen, Hana Zagorova  and Karel Cernoch that were released between in communist Czechoslovakia between 1968 and 1979. Czech Up Happy Volume 2: We’d Be Happy is an eclectic compilation that features everything form baroque pop to progressive funk to party soul and psych-jazz. Eclectic doesn’t even come close to describing Czech Up Happy Volume 2: We’d Be Happy.

Opening Czech Up! Volume 2: We’d Be Happy. is Olympic’s Blaznivej Kiki. This is fitting as Olympic, who were formed in 1963, and in 1968 made history in 1968 when they released their debut album Želva. This meant Olympic was the first Czech rock band to release an album. Three years later they released Jedeme Jedeme 3 which featured the melodic driving rocker Blaznivej Kiki which tells the story of a guitar playing tramp.

Mahagon were formed in Prague in 1973, and during their career, their music veered between fusion and jazz funk. By the time they released their third album Slunečnice Pro Vincenta Van Gogha on Supraphon in 1980, Mahagon’s music uber funky. Proof of that is Prameny Poznani which is a stunning jazz-funk instrumental that showcases a truly talented group.

When Apollobeat released Nikdo Netuší (Lovers Concerto) as a single on Supraphon in 1968, tucked away on the B-Side was Nocni Modlitba. It features a vocal from Yvonne Prenosilov who plays a huge part in the sound and success of this haunting psychedelic paean. It’s a hidden gem and a very welcome addition to Czech Up! Volume 2: We’d Be Happy.

Czech pop-rock group Beatings were formed in 1968 and during their career, were sometimes regarded as a  hard rocking band. Proof of this is the urgent psychedelic rock of We’d Be Happy which featured on their 1970 EP Silence Is Golden, which was released on the Panton label. Sadly, Beatings never got round to releasing an album and only recorded singles and EPs between 1968 and 1976, when the band called time on their career.

In 1975, singer and actress Valerie Cizmarov released her eponymous debut album on the Supraphon label. One of the highlights of the album was Byls Ma Boj which features an impressive orchestrated arrangement that incorporates elements of pop and funk. However, it’s Valerie Cizmarov’s vocal which veers between tender to powerful and always is full of emotion that steals the show.

Czech jazz group SHQ was founded in 1961 and by the time they released the classic jazz album The Jazz Nebyeki (Jazz Non-Fables) in 1973 on Panton. By then, SHQ’s music was evolving and V Obore finds the combo fusing elements of jazz-funk, modal jazz and soul-jazz on this funky cinematic instrumental. It’s one of the highlights of Czech Up! Volume 2: We’d Be Happy..

Synkopy 61 was a rock group from Brno, that was formed in December 1960 by songwriter, guitarist and vocalist Petr Směja. Twelve years after Synkopy 61 was founded, the group released its debut album Festival on the Panton label in 1972. It featured one of the highlights of Festival, Bytost Podivna, which features elements of garage rock and psychedelia, whilst hinting at progressive rock. That was the direction that Synkopy 61 took on their next two albums.

Between 1969 and 1971, George and Beatovens recorded and released three albums with popular vocalist Petr Novak. The third and final album was Modlitba Za Lásku which was released on the Panton label. One of the singles released from the album was Jarní Den. However, hidden away on the B-Side was Zahrada Za Domem which is a hidden gem with heavy guitar riffs, harmonies and Petr Novak’s soulful vocal proving a potent combination on this genre-melting story about love.

When vocalist and actress  Eva Pilarová released Vlny as a single on Supraphon in 1970, she decided to cover a song that was instantly recognisable for the B-Side. After just a couple of bars of Eva Pilarová’s cover of Padni Na Kolena, Piece Of My Heart is instantly recognisable. The song start off slowly and the orchestrated arrangement builds as Eva Pilarová vocal veers between tender and heartfelt to powerful and full of emotion. This results in a truly memorable cover of Padni Na Kolena.

Flamingo was formed in Ostrava in 1968, and led by Richard Kovalčík until his death in 1975. During that seven-year period, Flamingo’s continued to evolve and by the time they recorded 75 with vocalist Marie Rottrova their music was a mixture of funk, fusion, jazz-funk and rock. Proof of that is Tvuj Pritel Vitr where all these genres combine and Marie Rottrova delivers a vocal powerhouse on what’s one of highlights of ’75.

Barnodaj was founded in Brno and in 1978, released their debut album Mauglí on the Supraphon label. It featured Dzungle which is a carefully crafted fusion of art rock, Eastern and sci-fi sounds, symphonic rock and progressive rock. Quite simply, Dzungle  is one of the highlights of Czech Up! Volume 2: We’d Be Happy.

Hana Zagorova’s musical career began in 1968 and in 1969 she released Bludička Julie as a single on the Supraphon label. On the B-Side was Rokle a baroque psych pop track that was one of Hana Zagorova’s finest songs.

Closing Czech Up! Volume 2: We’d Be Happy.is Karel Cernoch’s Trznice Sveta which featured on his 1975 album Letiště which was released on Panton. It’s a genre-melting track which starts off as a ballad before the arrangement builds and the vocal becomes urgent and impassioned as a Latin groove accompanies Karel Cernoch and closes the compilation on a high.

Buoyed by the success of followup to Czech Up! Volume 1: Chain of Fools which was released in February 2016, Vampi Soul began work on the followup, and just over two years later return with the lovingly curated compilation Czech Up! Volume 2: We’d Be Happy. It’s even better than its predecessor and brings a new meaning to the word eclectic with a compilation that features everything baroque pop, funk, fusion, garage rock, jazz-funk, party soul, progressive funk, progressive rock, psych-jazz and rock. Eclectic doesn’t even come close to describing Czech Up! Volume 2: We’d Be Happy which is an extraordinary compilation.

There’s songs about dreams, eccentric characters, faunal fables, love and love lost, otherworldly beings and preternatural gardens on Czech Up! Volume 2: We’d Be Happy. Meanwhile, other songs are variously anthemic, beautiful, eerie, joyous, melancholy and uplifting. They were recorded by truly talent artists and bands who sadly, very few people outside of Czechoslovakia were aware of. That is a great shame, as many of these artists and bands could’ve enjoyed successful careers in Western Europe and North America. However, that wasn’t possible between 1968 and 1979 when the music on Czech Up! Happy Volume 2: We’d Be Happy was released.

It’s only recently and somewhat belatedly that compilations like Czech Up! Happy Volume 2: We’d Be Happy are introducing Western music lovers to the music that Olympic, Mahagon, Apollobeat, Beatings, The Blue Effect, SHQ, Metronom, Jazz Q, Vulkan, Flamengo, Hana Zagorova and Karel Cernoch recorded between 1968 and 1979. That was a golden period for Czech music, which was truly eclectic during this period which is documented on the lovingly curated compilationCzech Up! Volume 2: We’d Be Happy. 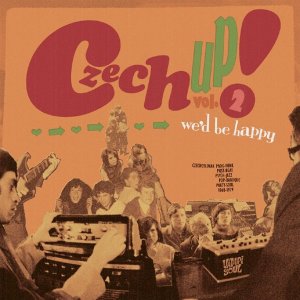 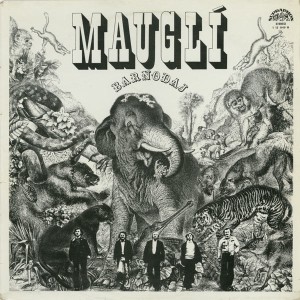 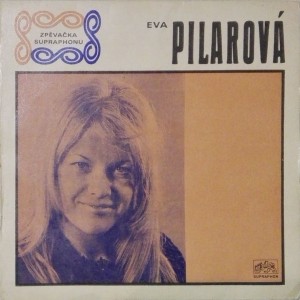 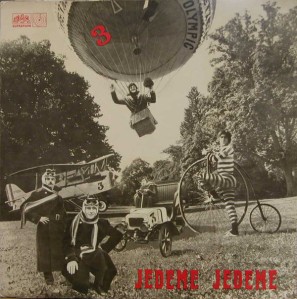 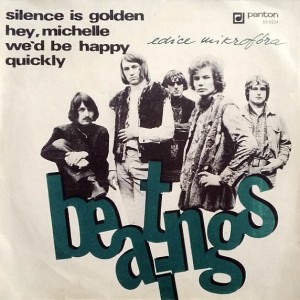 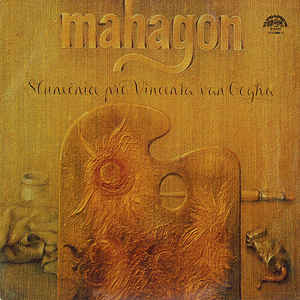 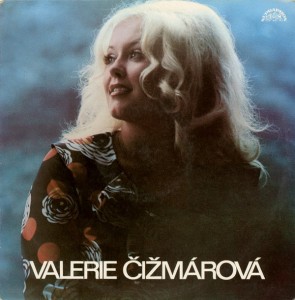 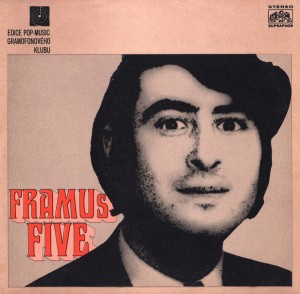 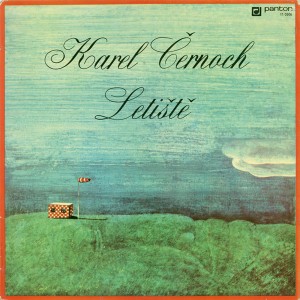 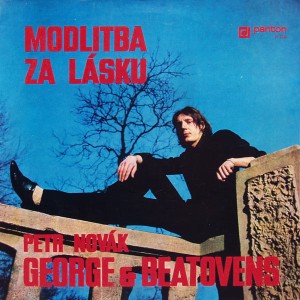 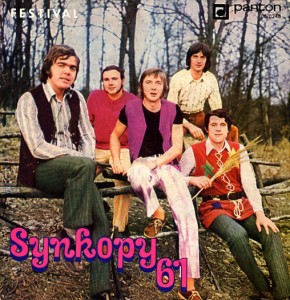 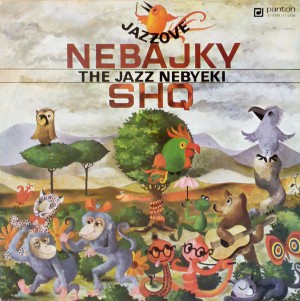 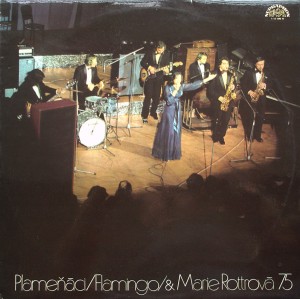 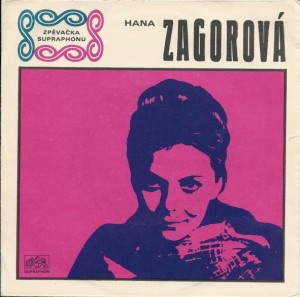