Nowadays, music is no different to fashion with tastes constantly changing as hipsters go in search of what genre is currently fashionable.  This includes library music which has enjoyed a resurgence in popularity over the last couple of years. That is why a number of record  of British and European independent record labels  have released  lovingly curated compilations. The latest compilation of library music is Musica Per L’Immagine II: Lost Italian Library Music Of The 1970s’/1980s which has just been released by including the Fly By Night label. It’s sure to be  welcomed by a coterie of musical connoisseurs who have a passion for library music. This includes DJs, producers and record collectors who are willing to pay large sums of money to add rare releases to their collections of library music.

Many of the British collectors of library music started off collecting releases by labels like KPM, De Woife, Amphonic, Conroy and Sonoton from the sixties, seventies early eighties, which is regarded by many collectors as a golden age for library music. This is ironic as albums of library music were never meant to fall into the hands of collectors.

Originally, library music was meant to be used by film studios or television and radio stations, and was never meant to be commercially available. The music was recorded on spec by music libraries who  often hired  young unknown composers, musicians and producers. This ranged from musicians who were known within publishing circles, to up-and-coming musicians who later, went onto greater things, and look back fondly at their time writing, recording and producing library music. This they now regard as part of their musical apprenticeship.

For the musicians hired to record library music, their remit was to music libraries with a steady stream of new music, which was originality referred to as production music. During some sessions, the musicians’ remit was write and record music to match themes or moods. This wasn’t easy, but after a while they were  able to this seamlessly. Soon, the musicians were able to enter the studio and write and record a piece of music that matched a theme or mood for a film or television show.

Once the library music was recorded, record libraries sent out demonstration copies of their music to advertising agencies, film studios, production companies, radio stations and television channels. If they liked what they heard, they would license a track or several tracks from the music libraries. That was how it was meant to work.

Sometimes, copies of these albums fell into the hands of record collectors, who realising the quality of music recorded by these unknown musicians, started collecting library music. However, it always wasn’t easy to find copies of the latest albums of library music. That was until the arrival of the CD.

Suddenly, record collectors and companies across Britain were disposing of LPs, and replacing them with CDs. It didn’t matter that the prices of LPs were at all-time low, some record collectors just wanted rid of their collection they were replacing with CDs. With people literally dumping LPs, all sorts of musical treasure was available to record collectors who didn’t believe the hype about CD. This included everything from rare psych and progressive rock right through to albums of library music. These albums were often found in car boot sales, second-hand shops and charity for less than a skinny latte macchiato.

This included the Italian library music that had been recorded during the sixties, seventies and eighties which for collectors is the golden age of library music. Many collectors are willing to pay large sums of money for the music on Musica Per L’Immagine II: Lost Italian Library Music Of The 1970s’/1980s which is a two LP set that has just been released by Fly By Night, and is full of rarities, hidden gems and obscurities that will light up the life of connoisseurs of library music.

The first instalment of Musica Per L’Immagine  was released in 2017 to plaudits and praise, while collectors were overjoyed to discover a carefully curated album of rarities and obscurities.  This resulted in  Lorenzo the founder of Fly By Night Music whose a DJ, crate digger and owner of record shop owner in Peckham, London, starting to make plan as for another albums of lush, spacey Italian jazz-funk.

This resulted in Lorenzo heading to his native Italy where he began licensing tracks from  publishers in Milan and Rome, which is the capital of the Italian film industry. After R Milan is where much of the Italian televisions programs and and advertising is produced. The final stop for Lorenzo was Genoa where he found long lost hidden gems that have been unavailable for several decades.

Just like the first instalment, Musica Per L’Immagine II: Lost Italian Library Music Of The 1970s’/1980s focuses on cinematic jazz funk which is sometimes lush and spacey. There’s twelve tracks in total including Franco Delfino’s Onusto and King Zerand Orchestra’s Take Eught which are real finds and welcome additions to this compilation of obscure cinematic jazz funk. Mitridate’s  Bolle D’Aria and The Astral Dimension’s Eros Stars which both fall into the category of long lost hidden gems of Italian library music.

Guido Manusardi’s wistful Neve and the Orchestra Giampaolo Boneschi’s filmic jazz funk Oltre Il Dosso is a reminder of seventies cop shows. Both are standout tracks on the third side. Fabor’s Orchestra opens side four with Soap Bubbles which is atmospheric, dreamy and lysergic. Closing Musica Per L’Immagine II: Lost Italian Library Music Of The 1970s’/1980s is Orchestra Giampaolo Boneschi’s Rilassamento which is  shimmering slice of electronica, funk and fusion. It’s the perfect way to close the compilation. 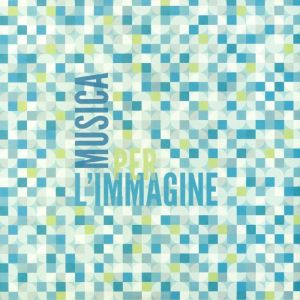