So is drummer and percussionist Øyvind Hegg-Lunde. He has been a member of several groups, i, including Crab Is Crap, the Erlend Apneseth Trio, Glow, Klangkameratane, Strings and Timpani and The Sweetest Trill. The final member of Building Instrument is Åsmund Weltzien, who plays synths, melodica and adds electronics and melodica. Together, the three multitalented members of Building Instrument proved a formidable force.

Having laboured long and hard to establish a reputation as a live band, Building Instrument was now familiar faces on Norway’s thriving and vibrant music scene. By then, Building Instrument’s concerts were receiving rave reviews. In the increasingly competitive Norwegian music scene, Building Instrument were regarded as rising stars. Their music was adventurous, inventive, innovative and totally unique. They had forged and honed their own style over the last few years. During this period, they’d worked away, quietly recording their eponymous debut albu

In March 2014, Building Instrument was released to critical acclaim. The music was beautiful, cinematic, ethereal, innovative and inventive album of genre-melting music, where Building Instrument push musical boundaries to their limits, and sometimes, beyond It was a captivating album, and one that sonically and stylistically, defied description.

Building Instrument combined elements of ambient, avant-garde, electronica, experimental, folk, free jazz, pop, and rock. There’s even a nod to sixties soundtracks and jazz. At the heart of Building Instrument’s sound, was the ethereal beauty of Mari Kvien Brunvoll’s vocal. The result was an album where Building Instrument certainly fulfilled their potential, and in doing so, whetted the listener’s appetite for the followup.

Having released their eponymous debut album, Building Instrument’s thoughts turned to the followup. It took the best part of two years to complete what became Kem Som Kan Å Leve. The music was composed by Building Instrument, while vocalist Mari Kvien Brunvoll wrote the lyrics and is responsible for the melodies. However, the inspiration for some of Kem Som Kan Å Leve came from the artwork of Kurt Schwitters on yheoir .

Having released two critically acclaimed albums, critics, cultural commentators and a coterie of music fans with a discerning musical taste wondered what direction Building Instrument’s music would head in? The answer was Mangelen Min, an album of truly groundbreaking music that is way ahead of the musical curve.

The three members of Building Instrument have spent ten years improvising and experimenting together as they pushed musical boundaries to the limit and sometimes beyond Building Instrument are also well aware of the current trends and taste in modern music. Despite their interest in contemporary music, Building Instrument’s appeal ranges from  serious music fans to those who preference is for popular music. Both types of listener are drawn to, and strikes a chord with the new and innovative music that Building Instrument have been making for ten years. This includes on their new album Mangelen Min.

This time around, Building Instrument were joined by sound engineer and musician Anders Bjelland of Great News, Electric Eye, Jørgen Træen of The National Bank, Susanne Sundfør, Jaga Jazzist and Lars Horntveth. They all play their part in what’s an exquisite fusion of musical and influences.

Listen carefully to Mangelen Min and there’s elements Balkan music, classical baroque, electronica and Mari Kvien Brunvoll’s vocals which range from ethereal and celestial to assured and powerful. Add to the mix drums that have a melodic sound and deep spacey synth sounds. They sound as if they belong on the soundtrack to a feature film by Nicolas Winding Refn. All this is part of a truly captivating albums full of subtleties, and surprises and also nuances and changes  aplenty. Mangelen Min finds Building Instrument lock down the groove on a very danceable album with an intriguing title.

For those wondering what the album title Mangelen Min means, singer, co-composer and lyricist Mari Kvien Brunvoll explains that it translates into English as: “the thing missing in my life” or “my lack” Essentially Mangelen Min is the presence of something that is missing or no longer there, and is a akin to a body of sorrow that follows someone around. It’s also a bit like a companion creature that is made up of all the longing inside a person. Those separated by distance and lovers-in-waiting will understand this feeling of longing. Mari Kvien Brunvoll describes  Mangelen Min as: “your alien-like shadow friend.” It watched on as  Building Instrument recorded their third album.

Mangelen Min found Building Instrument embark upon a musical adventure, but one where there wasn’t a pre-defined destination in sight. Øyvind Hegg-Lunde remembers: “We were starting to get confident about what we’ve created as a band, and during the ten years we’ve been working together we’ve become close friends.“ his time, we went into the studio knowing that we had a team of talented people around us, who would all be working on the creative chaos together. Plus we were surrounded by a lot of equipment and a pretty big set-up.”

Despite Building Instrument’s expanded lineup,  they stick to the same successful formula that worked so well on their first two albums. This means fusing real-time playing on an eclectic selection of instruments, live sampling and electronic processing. All this is combined and becomes part of a musical mosaic that has been painstaking put together by Building Instrument. Mangelen Min is an ambitious and imaginative album made by groundbreaking musicians who create music that is innovative and inventive. In doing so, sonic explorers Building Instrument combine the past and present on Mangelen Min.

While many bands prefer to work in the digital domain, Building Instrument used analogue technology more than digital on Mangelen Min. It’s a combination of Man Machine. There’s also  DIY ethos on parts of Mangelen Min, although state of the art technology is used elsewhere on an album where layer upon layer of instruments are combined and intertwine. Mari Kvien Brunvoll remembers:  “We employed everything from Hardanger fiddle samples, vibraphone, sampled wind instruments and whistles in addition to our customary resources of song, drums and synthesisers.” The final piece of the jigsaw was Mari Kvien Brunvoll’s versatile vocal which spans several octavse. It’s part of a genre-melting album from sonic explorers Building Instrument who return with a fitting followup to Kem Som Kan Å Leve.

Mangelen Min is another ambitious project from Building Instrument, and the results are both fascinating and captivating. The Norwegian sonic explorers are at their inventive and innovative best on Mangelen Min as they push musical boundaries to their limit and sometimes beyond. This resulted in Mangelen Min, an album of truly groundbreaking music that is way ahead of the musical curve, which is what critics and cultural commentators have come to expect of Building Instrument during the last ten years. 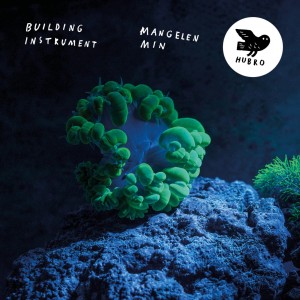