THE LIFE AND TIMES OF HUGO FATTUOSO

The Life and Times Of Hugo Fattoruso.

Composer, arranger and multi-instrumentalist Hugo Fattoruso, was born in the Uruguayan capital of Montevideo on the ‘29th’ June 1943, and formed his first band Trío Fattoruso in 1952 aged nine. Sixty-seven years later and Hugo Fattoruso is still involved in music. He  has dedicated his life to music, and released an eclectic selection of albums, and today, is one of the biggest names in Uruguayan music. His story began in 1952,

Hugo Fattoruso joined the family group Trío Fattoruso as a nine-year old in 1952, and what was his first ever band, was together for six years. However, in 1958 it looked as if it was the end of the road for Trío Fattoruso. Nothing more was heard of the group until the dawn of the new millennia, when Hugo Fattoruso would reformed Trío Fattoruso in 2000. By then, his musical career had six decades and he was a veteran of many groups.

This included The Hot Blowers who were formed in 1959, when Hugo Fattoruso was sixteen. They were together for four years, until the band went their separate ways in 1963.

Another year passed before Hugo Fattoruso and his brother  Osvaldo formed the four piece band Los Shakers. This came after they saw the film A Hard Day’s Night which starred The Beatles. They would heavily influence Los Shakers musically, and the band even copied the way the Fab Four dressed.

Just a year after Los Shakers was founded, the band signed to Odeon imprint of EMI in Argentina in 1965 and became part of the Uruguayan Invasion of South America. When Los Shakers released their debut single Break it All later in 1965, the group was briefly billed as The Shakers. However, when they returned with their eponymous debut album in 1965 they were now called

In January 1966, Los Shakers made their one and only attempt to break into the lucrative American market when they released Break It All. However, the album failed to make any impact in America, Los Shakers decided to concentrate on Latin America and especially the Argentinian market.

Ten months later, in November 1966, Los Shakers released Break It All, which was their breakthrough album. By the, Los Shakers were being referred to in the press as “The South American Beatles.” This was what Hugo and Fattoruso had been working towards. They may have achieved their goal, but some critics believed that they were merely copying The Beatles, and their music lacked originality.

These comments were ironic, because when Los Shakers released their third album La Conferencia Secreta del Toto’s Bar in 1968, it was hailed as the Latin American equivalent of Sgt.  Pepper’s Lonely Hearts Club Band. However, Los Shakers’ record label neither liked nor approved of the new sound, and failed to promote the album. For Los Shakers this was the end of the road.

In 1969, Hugo Fattoruso left Uruguay behind, and moved to New York where he founded Opa. They fused Candombe which is the traditional rhythm of Uruguay with rock, jazz, funk and various other Latin American rhythms to create an irresistible and inimitable Afro-Uruguayan sound. This would influence and inspired many artists over the next few years and beyond.

Before that, Hugo Fattoruso worked with Airto Moreira and played on  Fingers, which was released in 1973 and became one of the percussionist’s most successful albums. Three years later, in 1976, played on Flora Purim’s groundbreaking album. However, the same year, Opa released their much-anticipated debut album.

Seven years after Opa was founded, they released their critically acclaimed debut album Goldenwings in 1976. Buoyed by its reception Opa returned with their sophomore album Magic Time following in 1977. It was released to plaudits and praise and it wasn’t until 1981 that Opa realised A Los Shakers four years later in 1981.  Five years later, Hugo Fattoruso released his solo album Hugo Fattoruso with Opa’s fourth album En Vivo following in 1988. By then, Hugo Fattoruso was living in Brazil and had begun a new  chapter in his career.

As the nineties dawned, Hugo Fattoruso released his solo album Oriental in, but after that, much of his time was spent working with various Brazilian artists. That was until Opa decided to record a new album, Back Home which was released in 1996. This was Opa’s first album in eight years and was their swan-song.

In 1997 Hugo Fattoruso returned with his first new album in seven years, Homework. However, the highlight of 1997 for Hugo Fattoruso was arranging and working on Milton Nascimento’s 1997 World Grammy Award winning album Nascimento.

Three years later, in 2000, Hugo Fattoruso reformed Trío Fattoruso, and they played together for the first time in forty-two years. Still though, Hugo Fattoruso found time to work on a variety of other projects.

This included his solo album Ciencia Fictiona, which was released  in 2004. After that, Hugo Fattoruso spent much of the next five years working with other artists and  collaborating on albums with Tomohiro Yahiro, Ray Tambor and Aska Strings. However, in 2011 Hugo Fattoruso returned with Acorde On and followed this up with Fatto In Casa in 2014. Despite turning seventy-one, Hugo Fattoruso was as busy as ever.

Hugo Fattoruso then jailed forces with Leo Maslíah recorded Montevideo Ambiguo, which was released in 2015. That was Hugo Fattoruso’s last release for the best part of three years.

The next album that Hugo Fattoruso released was Y Barrio Opa, which was released in 2018, and take as a starting point for the album, Opa’s original sound. To that they add Afro-Uruguayan rhythms, a healthy dose of funk, fusion, jazz harmonies, jazz-funk and Candombe drumming which comes courtesy of the De Silva brothers. They play their part in the success of Y Barrio Opa which is a captivating, genre-melting album from Hugo Fattoruso.

Y Barrio Opa was one of the finest solo albums of Hugo Fattoruso’s career, and without doubt, his finest post-millennium solo album. It’s a reminder of a versatile and innovative music who is one of the legends of Uruguayan music. Sadly, many music lovers are still unaware of composer, arranger and multi-instrumentalist Hugo Fattoruso, which is a great shame, as he’s a truly talented musician who creates groundbreaking and genre-melting music which was always ahead of its time. Maybe that will change before long, and Hugo Fattoruso will no longer be one of music’s best kept secrets?

The Life and Times Of Hugo Fattoruso. 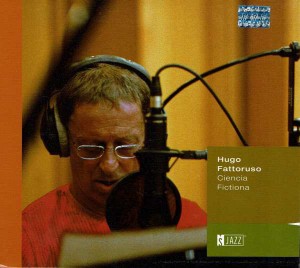 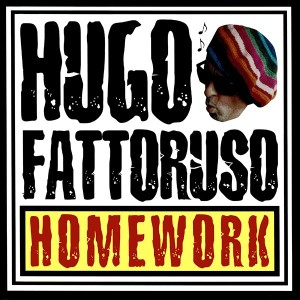