French-American group Band Apart were founded in the early eighties by New York-based poet and performance artist Jayne Bliss, and Marseille-based musician and producer M.Mader and signed to Marc Hollander’s nascent Crammed discs who released the group’s critically acclaimed eponymous EP in 1981. Two years later in 1983, Band Apart returned with their debut album Marseille, which was also released by Crammed Discs to plaudits and praise. Great things were forecast for Band Apart, but sadly, that wasn’t to be.

After just two years together, Band Apart, who were already making waves and a name for themselves on the No Wave scene, were no more. The group called time on their and career and went their separate ways, resulting in critics wondering what might have been?

Band Apart who achieved a lot during that two year period, had the potential to become one of the leading lights of the No Wave scene, and define its very future. However, that wasn’t to be, and Band Apart were regarded as a group who although they released groundbreaking and innovative music, never quite fulfilled their potential. Or did they and Band Apart’s contribution to music has been underestimated, these unsung heroes of the eighties No Wave scene actually overachieved during the two years they were together?

One way to decide, is to listen to recently release LP or digital album Band Apart, which was released by Crammed Discs and features their complete works. The release of Band Apart is a welcome one, and reminder of a pioneering band, who were one of the first to sign for Marc Hollander’s nascent label Crammed Discs. It was the start of a two year adventure for Jayne Bliss and M.Mader, aka Band Apart.

Having signed to Crammed Discs not long after the label was founded by Marc Hollander in 1981, Band Apart began work on their eponymous EP which featured the moody sounding Jaguar and  Strainer with its jangling metallic sound. They’re joined by Eve Ryonne and Le Mont Des Olives which appears at first listen to be joyous and enchanted until the sardonic and scathing lyrics hit home. These four tracks became the Band Apart EP, which was released later in 1981. It featured whispery vocals that are part of a multilayered mix where otherworldly and sci-fi sounds that escape on this groundbreaking No Wave EP. It features raw, mesmeric and mysterious  and hazy, lazy and lysergic music that had pop pretensions, but would later influence genres like showcase, lo-fi and dream pop. This was the case with Band Apart’s debut album Marseille.

Two years passed before Band Apart returned with their debut album Marseille in 1983. By then, Band Apart had been playing live in Europe and in New York, and had developed a loyal following with the No Wave scene who would embrace their long-awaited debut album Marseille, which was released to critical acclaim despite it making a change in direction.

Unlike the Band Apart EP, Marseille featured a much more dancefloor friendly collection of songs. This included Ham Sandwich, while Lover which is poppy and has a memorable chorus still leads the listener astray with attempts to disorientate using a musical sleight of hand. O My Beautiful  somehow manages to be bright and rueful and will remind many people of the Cocteau Twins. It’s just one of the highlights of a Marseille, a truly captivating and engaging album where Band Apart throw curveballs as they continue their mission to create inventive and innovative music. Sadly, though, not for much longer,

Not long after the release of Marseille in 1983, Band Apart literally fell apart and it was the end of the road for this groundbreaking group who could’ve gone on to even greater things. Sadly, that wasn’t to be and Band Apart’s musical legacy amounted to just their 1981 eponymous EP and their 1983 debut album Marseille.

Thirty-six years later, and there’s been a resurgence of interest in Band Apart, whose music has been reevaluated recently. They’re now regarded as a pioneering group whose music was always inventive and innovative and influenced many musicians making everything from shoegaze, lo-fi, No Wave and dream pop.  Many musicians still namecheck Band Apart, and to thus day, are influenced by their music including their 1981 eponymous EP, the five tracks from their debut album  Marseille and two bonus tracks, which feature on Crammed Discs new release on vinyl and digital Band Apart which is a welcome reissue of an oft-overlooked but innovative group. 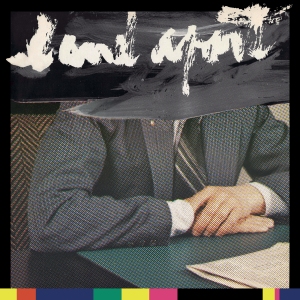