From the moment that Jimi Hendrix saw T-Bone Walker playing his guitar with his teeth he took it as a challenge, and was determined that one day, he would be able to replicate what he had just witnessed the veteran bluesman do.

In years to come, this became part of Jimi Hendrix’s routine as he took the stage with The Jim Hendrix Experience and later with The Band Of Gypsy’s and played his guitar as if his life depended upon it. Although Jimi Hendrix was a technically brilliant guitarist he was also a showman, and some nights, Jimi played his guitar behind his back, other times played it with his teeth and even set on one occasion even set his guitar on fire. It was as if Jimi Hendrix was trying to exercise some inner demons through the medium of music during a career that spanned just four years.

Between 1967-1970, Jimi Hendrix released just three studio albums and one live album before his career was cut tragically short. Music was robbed of one of its most talented sons when Jimi Hendrix  passed away on September the ’18th’ 1970 aged just twenty-seven. However, he left behind a rich musical legacy, which included the musical holy trinity of Are You Experienced, Axis: Bold As Love and Electric Ladyland plus The Band Of Gypsy’s eponymous live debut album. These albums however, only tell part of the story.

Since Jimi Hendrix’s death, there’s been a number of posthumous releases, including twenty-two live albums and twelve studio albums. This includes Live At Woodstock which was recently reissued by Sony BMG and is a reminder of one of one of Jimi Hendrix’s seminal live performance . His career began in 1967, when the charismatic musical maverick released his debut album, which was a gamechanger.

That was apparent from the moment critics heard The Jimi Hendrix Experience’s 1967 explosive debut album Are You Experienced. It showcased the considerable talents and chemistry of the now legendary power trio, which featured a rhythm section of drummer Mitch Mitchell, bassist Noel Redding and guitarist Jimi Hendrix. They had recorded eleven tracks penned by Jimi Hendrix which fused rock and psychedelia.

Three months later, in August 1967, Are You Experienced was released in America and it reached number five on the US Billboard 200, and went on to sell over five million copies. This resulted in Are You Experienced certified platinum five times, and was the start of a three-year period where Jimi Hendrix could do no wrong. 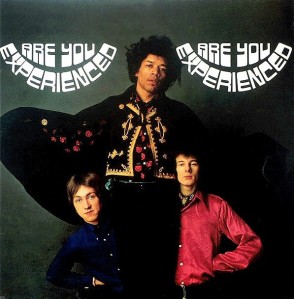 Seven months later, on the ‘1st’ of December 1967, The Jimi Hendrix Experience returned with their sophomore album Axis: Bold As Love in the UK. It featured thirteen tracks, including twelve penned by Jimi Hendrix. These tracks showed that Jimi Hendrix was already maturing  and evolving as a songwriter. He may have just been twenty-five, but he was a talented songwriter. Proof of this were tracks like Spanish Castle Magic, Wait Until Tomorrow, Castles Made of Sand and Bold As Love. They featured Jimi Hendrix coming of age as a songwriter, and  were recorded at one of London’s top studios.

The contract that the Jimi Hendrix Experience had signed stipulated that the band had to release two albums during 1967. They had completed the album just in time for Track Records to release the album at the start of December 1967. However, before that, disaster struck for Jimi Hendrix.

One night, Jimi Hendrix took the master tapes to side one of Axis: Bold As Love to listen to at home. Unfortunately, he left them in a taxi, and despite a frantic search for the master tapes they were never found. This resulted in side one having to be mixed again, which was a delay that everyone could do without. Fortunately, this didn’t delay the release of Axis: Bold As Love.

Axis: Bold As Love, was released in Britain, on the ‘1st’ of December 1967, and was released to the same critical acclaim as Are You Experienced. Critics ran out of superlatives in an attempt to describe Axis: Bold As Love where The Jimi Hendrix Experience flitted between and sometimes combined blues rock, psychedelia and rock. It was a heady and irresistible brew that once tasted was unforgettable. In the reviews,  Jimi Hendrix was described as some sort of musical messiah, who had music’s future in his hands. Record buyers agreed with the critics description of Axis: Bold As Love when they heard the album. 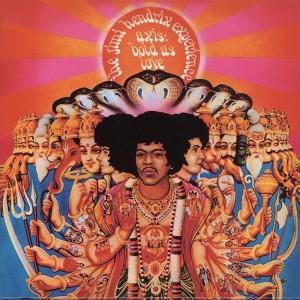 Unlike The Jimi Hendrix Experience’s two previous albums, Electric Ladyland was a double album that featured sixteen songs. Thirteen of these songs were penned by Jimi Hendrix while Noel Redding contributed Little Miss Strange. The other tracks were covers of Bob Dylan’s All Around The Watchtower and Earl King’s Come On (Let the Good Times Roll. These tracks, and the rest of Electric Ladyland were recorded at three recording studios.

Recording sessions for Electric Ladyland took place at Olympic Studios in London and the Record Plant Studios and Mayfair Studios, in New York and began in July 1967 and continued right through until December 1967. After the festive season, The Jimi Hendrix Experience reconvened in January 1968 and spent four months completing their third album Electric Ladyland. It was completed in April 1968, and the release of Electric Ladyland was scheduled for release in October 1968.

As soon as critics heard Electric Ladyland, they realised that this was The Jimi Hendrix Experience’s finest hour as they flitted between and sometimes combined blues rock, hard rock, psychedelia and rock on an album that oozed quality. Proof of that were tracks of the quality of Crosstown Traffic, Voodoo Chile, Voodoo Child (Slight Return), All Along the Watchtower and Gypsy. Electric Ladyland which featured future classics was hailed as the greatest album of The Jimi Hendrix Experience’s career and a future classic. Record buyers agreed.

When Electric Ladyland was released in Britain, on the ‘16th’ of October 1968, it reached number six and was certified gold. Electric Ladyland had outsold Axis: Bold As Love and replicated the success of The Jimi Hendrix Experience’s debut album Are You Experienced. 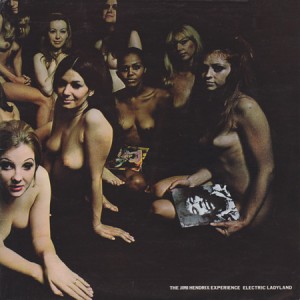 By the time of the demise of The Jimi Hendrix Experience, its leader was the highest paid musician in the world. Promoters were desperate to add Jimi Hendrix to festival bills and the promoter of The Woodstock Music and Art Fair was no different. It was another three-day festival that was scheduled for took place between the ’15th’ and ‘17th’ of August 1969 on a dairy farm in the Catskill Mountains of southern New York State. Jimi Hendrix invited the invitation and would close the Woodstock Music and Art Fair.

By the time Jimi Hendrix arrived at the three-day Woodstock Music and Art Fair, which had been eventful and sometimes chaotic, he was keen to showcase the new lineup of his band. It featured drummer Mitch Mitchell, replacement bassist Billy Cox and recent additions rhythm guitarist Larry Lee and conga players Juma Sultan and Jerry Velez. As the band took the stage it was 9am on the ‘17th’ of August 1969 ‘only’ 200,000 people watched on as MC Chip Monk introduced the group as the Jimi Hendrix Experience, but the bandleader was quick to clarify: “we decided to change the whole thing around and call it Gypsy Sun and Rainbows. For short, it’s nothin’ but a Band of Gypsys.

With that, Jimi Hendrix unleashed what was a spellbinding performance that made musical history. After the Introduction, Jimi Hendrix leads his band through a set that included Message To Love, Izabella, Fire, Voodoo Child (Slight Return). Then the former paratrooper unleashed a breathtaking performance of The Star-Spangled Banner, and incorporated a myriad of feedback, distortion, and sustain to replicate the sounds made by rockets and bombs exploding during this incredible and spellbinding rendition of the American  national anthem. Having set the bar high, Jimi Hendrix launched into the Purple Haze which gave way to Woodstock Improvisation,   Villanova Junction and closed a blistering and breathtaking set with Hey Joe. Once again, Jimi Hendrix was able to make his guitar do things other guitarists could only dream about as he closed his set at 11:10 am having made musical history.

Jimi Hendrix career may have been short,  but it was  successful and he played his guitar as if his life depended upon it. Especially when he played live and Jimi Hendrix like at Woodstock. Like At Woodstock which has just been reissued by Sony BMG is a reminder of  a flamboyant whose raison d’être was to entertain. This technically brilliant guitarist was a true showman, playing his guitar behind his back, other times with his teeth and was known to set his guitar on fire. It was as if Jimi Hendrix was trying to exercise some inner demons through the medium of music during a career that spanned the four-year period between 1967 and his death in 1970.

Forty-nine years after his death, we cain only speculated what he what heights he would’ve reached had he lived? Given  Jimi Hendrix’s performance that is documented on Live At Woodstock and the music he released between 1967 and 1970 it’s likely he would’ve  gone on to enjoy the long and illustrious career reaching new heights throughout his career. Sadly, that wasn’t to be. At least Jimi Hendrix’s star shawn bright and for four years this otherworldly genius and musical maverick changed and revolutionised music. 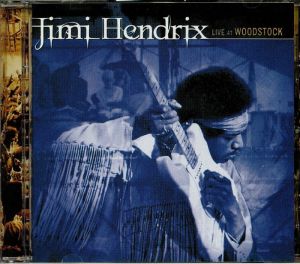