THE LIFE AND CAREER OF ANE BRUN.

The Life and Career Of Ane Brun.

In her native Norway, forty-one year old Ane Brun is one of the most successful singer-songwriters of her generation. Her career began in May 2003, when she released her debut album Spending Time With Morgan. This was the start of a glittering career for Ane Brun, who recently released her eighth studio album Leave Me Breathless. This is the latest chapter in the Ane Brun’s career.

The future Ane Brun was born Ane Brunvoll on the ’10th’ of March 1976, in Molde, Norway, and grew up in a musical household. Ane’s mother was jazz singer, and as her two daughters grew up, they followed in their mother’s footsteps.

Both Ane and her younger sister Marie Kvien Brunvoll caught the music bug, and growing up, immersed themselves in music. It was almost inevitable that the Brunvoll sisters would embark upon musical careers.

Before that, nineteen year old Ane left Molde left in 1995, and spent her time moving between Bergen, Oslo and Barcelona. It was whilst living and studying in Bergen that Ane began writing her own songs. This she continued to do whilst studying and working part-time in record shops and bars. Ane continued to juggle her studies, work and songwriting for the next few years.

By 1999, Ane had played a few small shows and was ready to make the next step in her career, by recording her first demo in Bergen. After this, she moved to Sweden, living first in Uppsala and then the Swedish capital Stockholm in 2001.

When Ane arrived in Stockholm in 2001, she started to take her career seriously, as she now knew that she wanted to make a career out of music. By 2002, she was recording her debut album Spending Time With Morgan, whose title paid homage to Ane’s guitar. With the album completed Ane cofounded DetErMine Records with Canadian singer Wendy Mc Neil and Ellekari Larsson of The Tiny. The new label would release Ane Brun’s debut album Spending Time With Morgan in 2003.

Ane Brun was determined to build on the success of Spending Time With Morgan, and embarked upon a gruelling European tour. Before long, Ane Brun returned home exhausted and suffering from burn out. She had been working not stop for two years, and needed a break.

After a six month break, Ane Brun was ready to return to touring, and when she returned home, entered the studio to record her sophomore album A Temporary Dive. It was released to critical acclaim on the ‘7th’ of February 2005, and reached number twelve in the Swedish charts, and topped the Norwegian charts. This resulted in Ane Brin receiving her first platinum disc. The twenty-nine year old singer-songwriter had come a long way, and was regarded by many critics as one of the rising stars of Norwegian music.

Just nine months after the release of A Temporary Dive, Ane Brun returned on the ‘21st’ of November with her third album Duets. She was joined on Duets by ten guest artists and bands, including Madrugada, Syd Matters, Teitur, Lars Bygdén, Wendy McNeill and Ron Sexsmith. The result was another critically acclaimed album, which reached forty in the Swedish charts and number two on the Norwegian charts. This resulted in Duets being certified double platinum. Ane Brun’s career had been transformed during 2005.

To add icing to the cake, Ane Brun was nominated for a number of musical awards, including Norwegian music’s most prestigious award, a Spellemannprisen, which is the equivalent of a Grammy Award. At the glittering award ceremony, Ane Brun won a Spellemannprisen for the best female singer, and in the process,  beaten off fierce competition. It was the perfect way to end 2005.

After the success of A Temporary Dive and Duets, Ane Brun spent much of the next couple of years touring the world. Sometimes, she was accompanied by her core band, and other times a string section. Some nights, Ane Brun was accompanied by with just a lone cello and backing vocalist, as she gave a spellbinding performance. That was the case night after night, regardless of the band that accompanied Ane Brun. She was winning friends and influencing people wherever she played live.

In 2007, Ane Brun released her first live album Live In Scandinavia. It showcased her unique brand of folk and folk rock which she had none over the last few years. Live In Scandinavia reached number eleven in Norway, and twelve in Sweden. This kept Ane Brun’s fans happy until she returned with a new album.

On the ‘12th’ of March 2008, Ane Brun released Changing Of The Seasons, which was her first solo album on three. The album would be released the first to be released in Britain and America. That would come later. Before that, Changing Of The Seasons found favour with the majority of Scandinavian critics and  reached number one in Norway and two in Sweden. This resulted in Ane Brun’s first gold disc.

Elsewhere, Changing Of The Seasons was released in America on the ‘14th’ of October 2008, and in Britain on the ‘2nd’ of February 2009. The album showcased Ane Brun’s unique brand of contemporary folk, which was starting to find an audience outside of Scandinavia, including in the Netherlands, where the album reached forty-eight. Changing Of The Seasons had introduced Ane Brun’s music to a whole new audience.

Later in 2008, Ane Brun returned with her fifth studio album Sketches, which was a much more low-key release. Still it reached fifteen in the Norwegian charts, and Ane Brun’s popularity continued to grow.

A year later, in 2009, Ane Brun released her second live album Live At Stockholm Concert Hall. It reached number seven in Norway, and five in Sweden. Ane Brun remained one of Scandinavian music’s most successful artists, and this was set to continue.

In October 2011, Ane Brun featured on Peter Gabriel’s ninth studio album New Blood. The ex-Genesis frontman invited Ane Brun to join him when he rerecorded Don’t Give Up. So good was Ane Brun and Peter Gabriel’s version of Don’t Give Up that many critics and musical fans preferred their beautiful version new version to the original. Featuring on such a high-profile album as New Blood was another boost to Ane Brun’s career and introduced her to a new and wider audience. However, there was more good news at the end of 2011.

Two years later, on the ’29th of May 2013, Ane Brun returned with the first of two compilations she would release during 2013. Songs 2003-2013 celebrated the first ten years of Ane Brun’s career, and twenty-eight old songs, including her only number one single Lift Me which had been released in 2005. As an added bonus, four new songs featured on Songs 2003-2013 which reached number two in Norway and six in Sweden.

It was another two years before Ane Brun returned with When I’m Free on the ‘4th’ of September 2015. Just like her previous album, When I’m Free found favour with critics and reached number four in Norway and three in Sweden. When I’m Free also charted on Belgium and the Netherlands, and the Ane Brun success story continued apace.

After another two-year gap, Ane Brun recently returned with her much-anticipated eighth album Leave Me Breathless. It was an album of fourteen cover versions, where Ane Brun reinvented familiar songs and old favourites. These were combined with some hidden gems that Ane Brun had decided to rework and introduce to her fans.

When Leave Me Breathless was released to critical acclaim it climbed the Norwegian charts and reached number three. Meanwhile, it reached five in the Swedish charts, and charted in Belgium and the Netherlands, where Ane Brun is a popular draw. However, there’s every chance that an album of the quality of Leave Me Breathless will climb higher up the charts, as it’s one the best albums Ane Brun has released in recent years.

The Life and Career Of Ane Brun. 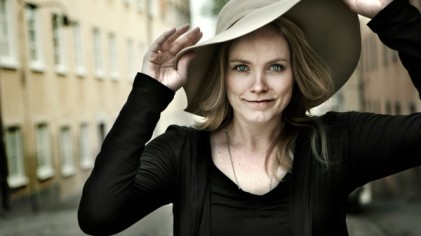 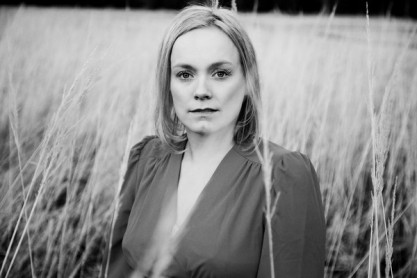