When it was announced in 2010, that former Pulp frontman, and songwriter-in-chief, Jarvis Cocker, was about to present a show on BBC 6 Music, his statement of intent was posted on the Corporation’s website: “It is my intention to fill these hours with as much dodgy opinion, crackpot theories, hare-brained schemes and beautiful, beautiful music as is humanly possible.” This wasn’t quite what Lord Reith, the BBC’s first Director General, envisaged when he said that the Corporation’s remit was  to: ”inform, educate and entertain.”

Sadly, in 2017, without warning, Jarvis Cocker’s Sunday Service was cancelled. After seven years, one of the finest shows on BBC Radio was no more.  By then, it had established a cult following and was much mussed by many people. For them, the day revolved around Jarvis Cocker’s Sunday Service and they would enjoy a captivating selection of eclectic and esoteric music. After it was cancelled, music fans the length and breadth of Britain and beyond mourned its passing.

Two years later Ace Records recently released Music From Jarvis Cocker’s Sunday Service on CD. It features twenty-three eclectic and esoteric tracks that are a reminder of a much missed radio show that brightened up even the dullest Sunday in Blighty.

Opening Music From Jarvis Cocker’s Sunday Service. is Invasion Muzak by John Baker who was part of the groundbreaking BBC Radiophonic Workshop. Here’s a track that perfect to listen to on  a lazy Sunday afternoon. It’s a beautiful pastoral  track that meanders along with what sounds like a cocktail piano combining with a myriad of electronic instruments. The result is a hidden gem of a track that will whet the listener’s appetite for what’s to come.

This includes a soul-baring cover of Beyonce’s Crazy in Love which was released by Antony and The Johnsons in 2009. There’s also a cover of Gary Numan’s Cars by The Katzenjammer from 2005.

A welcome addition is Don’t Wait Too Long by Bob Welch, formerly of Fleetwood Mac. It’s taken from his Three Hearts album which was  released on Capitol in 1978, and will appeal to drummers everywhere and to anyone with a penchant for soft rock in all its finery.

Another hidden gem is Day Glo a beautiful, understated track from Serafina Steer from her 2010 album Static Caravan. It’s a reminder of the many talented new artists who Jarvis Cocker played on his show during its seven year run.

In 1965, Morgana King released her album  It’s A Quiet Thing on Reprise. The title-track is one of the album’s highlights. No wonders as a breathtakingly beautiful and emotive vocal combine with a stunning orchestrated arrangement. It’s enough to stop anyone in their tracks.

Randy Newman’s Baltimore was a perfect showcase for Nina Simone’s vocal prowess when she covered the song .The song lent its name to her 1978 CTi album and is without doubt one of its finest moments. It’s also a reminder of a truly talented and versatile singer at the peak of her powers.

Waters Of March was written by Antonio Carlos Jobim, and covered by Art Garfunkel on his 1975 Breakaway album. There’s more than a hint of sarcasm to his soliloquy  as he takes the track in a new direction. In doing so, this musical legend reveals a quite different side to his character on what’s  one of the highlights of his Breakaway album.

The Whole World’s Got The Eyes On You by The Legendary Tigerman is another track guaranteed to stop the listener in their tracks. All the instruments are played by the man himself on this genre-melting hidden gem that brings to mind Alan Vega and Marco Bolan.

Little Person was recorded by Deanna Storey and John Brion for the soundtrack to Synedoche, New York in 2008. It’s a spellbindingly beautiful  song and one of the highlights of Music From Jarvis Cocker’s Sunday Service.

Gymnopédie No.3 by The Camarata Contemporary Chamber Group is best described as pastoral, wistful and with an inherent beauty that tugs at the heartstrings.

Closing Music From Jarvis Cocker’s Sunday Service is Headless Heroes’ True Love Will Find You In The End. It’s a stunning and emotive cover of what’s one of Daniel Johnston’s finest songs and  is the perfect way to close this compilation.

Nowadays, a record number of compilations are released each week. However, very few are of the quality of the lovingly curated Music From Jarvis Cocker’s Sunday Service. It’s a reminder of a much-loved radio show was essential listening between 2010 and 2017, and was one of the best programs on BBC Radio.

Music From Jarvis Cocker’s Sunday Service which was curated by its host, and is a captivating collection of the eclectic and esoteric where the new and old sits side-by-side with   cover versions, hidden gems and well known tracks that are like old friends. They’re part of what’s without doubt a contender for compilation of the year. 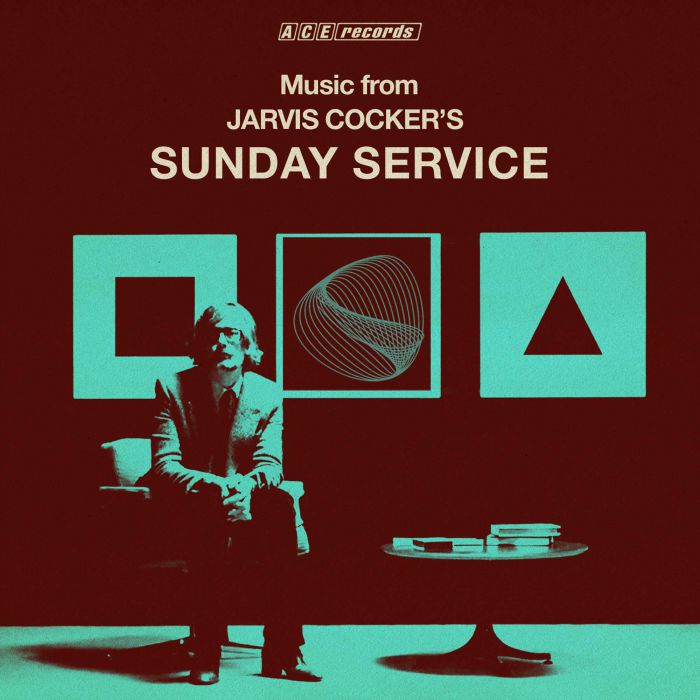