In January 1975, John Martyn released his eighth studio album, Sunday’s Child. John had been away from the studio for fifteen months. His previous album, Inside Out, was released in October 1973. Since then, John had been concentrating on touring. However, in August 1974, John headed to Island Studios, in London, where he recorded the eleven songs that became Sunday’s Child.

Sunday’s Child was very different from John’s previous albums. Gone was the experimental sound of previous albums. Replacing it was a much more, melodic, song orientated album. John’s lived-in, worldweary vocal and effects driven guitar style were at the heart of Sunday’s Child. Then on My Baby Girl, Beverley Martyn, John’s former wife, added backing vocals. Beverley had played a small part in Sunday’s Child’s sound and success.

On its release in January 1975, Sunday’s Child was well received by critics. Like many of John’s albums, Sunday’s Child sold well, but not in huge quantities. Island Records were beginning to notice this.

After the release of Sunday’s Child, John headed back out on the road. That’s where he spent much of the seventies. He enjoyed the nomadic lifestyle and camaraderie. John was also a showman, born to perform. When he took to the stage, he seemed to come alive. So, it was no surprise that John began thinking about releasing a live album. This would become Live At Leeds.

That night, John was accompanied by a small, talented band. This included his bassist, and longtime confidante, Danny Thompson. Joining Danny in the rhythm section was drummer John Stevens, one of the founding members of the Spontaneous Music Ensemble. The final band member was Free guitarist Paul Kossoff. This trio of top class musicians accompanied John Martyn, who took charge of vocals played guitar. They worked their way through the six tracks that would later feature on the original album version Live At Leeds.

When John took to the stage, he was enthusiastically greeted by the audience. Soon, he and has band launched into a nineteen minute version of Outside In. This epic veers between atmospheric and lysergic, to dark and dramatic. The music envelops you, proving elegiac, ethereal and mesmeric. John has you where he wants you.

From there, John returns to one his classic tracks, Solid Air, the title-track of his 1973 classic album. It proves a crowd pleaser, and would continue to be throughout John’s career. This proved the perfect way to close side one of the original version of Live At Leeds.

So, with the crowd hanging on John’s every word, he returns to his Inside Out album, and delivers a soul-baring version of Make No Mistake. That’s followed by another John Martyn classic, Bless This Weather, the title-track of John’s 1971 album. John, by now, a veteran of hundreds of concerts, knew how to work an audience. So for his final two songs, he returned to his first classic album, Solid Air.

Solid Air was the best album of John’s career. It was an innovative and experimental album where John’s sound began to evolve. The success of Solid Air transformed John’s career. So, it’s no surprise that John closed Live At Leeds with two tracks from Solid Air. The Man In The Station was penned by John, and delivered with an urgency. I’d Rather Be The Devil was written by Skip James. However, John brought the song to life, and like many of the tracks on Live At Leeds, would become some of John’s favourite live tracks. The eight tracks which became the original version of Live At Leeds, were well received by the audience. John thought he would have no problem convincing Island Records to release Live At Leeds.

John decided to release Live At Leeds himself. The original working title for Live At Leeds was Ringside Seat. Its cover was going to feature a photo of John and bassist Danny Thompson sitting in a boxing ring. Eventually, John decided on the title Live At Leeds. He had ten thousand copies printed, and decided to sell them from his home. Everything seemed to be going fine.

John held his breath as the critics had their say on Live At Leeds. He needn’t have worried. They were won over by the album. Its fusion of folk rock, jazz, psychedelia and rock was a winning combination. Especially, the way John combined his worldweary vocal with the washes of his guitar. Bather in effects, it gave the album textures and hues. John’s trusty Echplex was proving to be a potent secret weapon. It played an important part in Live At Leeds’ sound and subsequent success.

As Live At Leeds went on sale, the ten thousand copies began to sale. Quickly, they disappeared. Even without a record label behind Live At Leeds sold well. John’s loyal fans all seemed desperate to get a copy. This must have left Island Records ruing their decision to release John’s live album Live At Leeds.

In the past forty years, Live At Leeds is now regarded as a classic live album. The album that was released without a record company, back when record companies were king, now rubs shoulders with the greatest live albums in musical history.

Forty-four years after the release of Live At Leeds later, and still, John Martyn’s fans haven’t tired of his 1975 cult classic Live At Leeds. It features one of John Martyn’s legendary concerts, and for his legions of fans, it’s a reminder of a musical maverick at the peak of his powers doing what the  late, great troubadour was seemingly born to do, playing live. 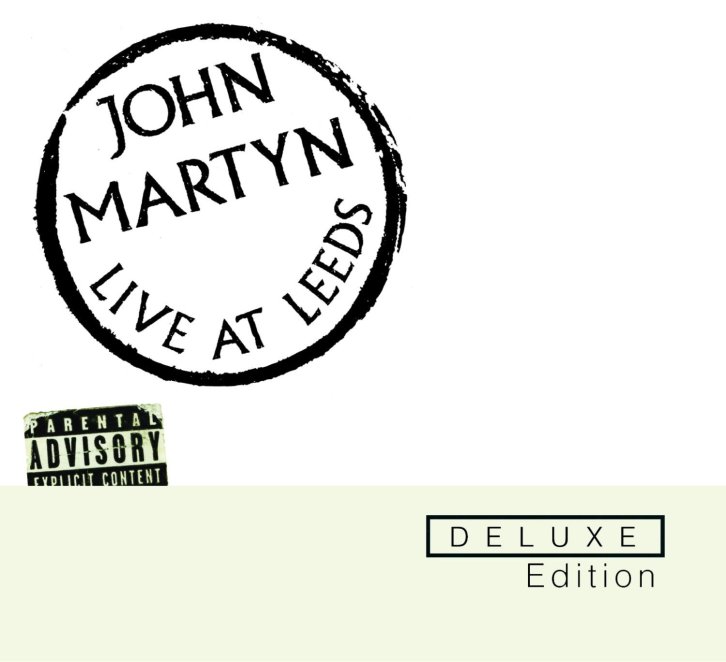