Over the next few years, Christian Wallumrød worked with a variety of different artists. Then  in 2001, the Christian Wallumrød Ensemble released their debut album Sofienberg Variations on the ECM. It was released to plaudits and praise and hailed as an album of ambitious and innovative music.

This was the case with the followup A Year From Easter which was released in 2004,  and 2007s The Zoo Is Far. By then,  the Christian Wallumrød Ensemble was regularly touring and playing at festivals in Norway and in others parts of Scandinavia and Europe.

Meanwhile, Christian Wallumrød continued to collaborate with a number of artist and groups. This included recording albums with Close Erase, Generator X and Karl Seglem. However, it wasn’t long before he returned with the fourth album from the Christian Wallumrød Ensemble.

This was Fabula Suite Lugano which was released to critical acclaim on ECM in 2009. Just like previous albums, the Christian Wallumrød Ensemble continued to release genre-melting music that was ambitious, inventive and innovative.

That was the case on Fabula Suite Lugano which was released to widespread critical acclaim in 2013. What proved to be the Christian Wallumrød Ensemble’s swansong for ECM, won them a Spellemannspris, which is a Norwegian Grammy.

Two years after the release of Fabula Suite Lugano,  Christian Wallumrød returned with his debut solo album Pianokammer, which was released  on Hubro Music in 2015. It  was a captivating album album of adventurous and ambitious genre-melting music that combined elements of ambient, avant-garde, blues, experimental, free jazz and jazz.

A year later, the Christian Wallumrød Ensemble returned with Kurzsam and Fulger, which was released in 2016 on Hubro Music. Hailed as one of the finest and most innovative offerings from the Ensemble, whose lineup continued to evolve and so did the music they made. However, following the release of Kurzsam and Fulger they began work on a new album that would be four years in the making.

This is Many, which has just been released by Hubro Music and is the much-anticipated followup to Kurzsam and Fulger. Many is a fusion of old-school musique concrete interludes and elements of electronic music and is a stylistic departure from Norwegian sonic explorer Christian Wallumrød and his crew. They’re a mixture of familiar faces and some new names.

Joining pianist Christian Wallumrød who also plays harmonium and like the rest of the quintet adds electronics. He’s joined by drummer and vibraphonist Per Oddvar Johansen, who has been a member of the Ensemble since the beginning.  They’re joined by trumpeter Eivind Lønning, cellist Tove Törngren Brun and saxophonist Espen Reinertsen who also plays recorder. This was the lineup of the Ensemble that spent the next four years recording Many at Isitart Studio.

Christian Wallumrød explains what he was trying to achieve: ”The material for this album has been developed over a 4 year period. I wanted to somehow expand the sonic palette of the Ensemble and to look for different ways to make music for and with them. For me, the process with the electronic instruments on board has led to some unpredictable combinations of sounds, and to new approaches to improvisation.”

Just like on previous albums, Christian Wallumrød allowed the members of the Ensemble the freedom to  improvise and take the music in a new and different direction. To do that, they combine  acoustic instruments like the cello, harmonium, piano percussion, saxophone and trumpet with electronics which  members of the Ensemble credit as  instruments. This is a first and shows that this a group who are willing to try new things and whose music is constantly evolving. In doing so, they create ambitious and innovative genre-melting soundscapes.

Elements of jazz, musique concrete, electronic music, ambient and Nordic folk music is combined with avant-garde jazz. The influence of the church and even early court music can be heard on Play, where  the Christian Wallumrød Ensemble draw inspiration from disparate musical genres as they weave what’s akin to a musical tapestry. Its patterns have been influenced by

by a variety of artists and source. One of the most obvious is  John Cage and Morton Feldman’s thoughtful, ruminative and tranquil soundscapes. Then there’s British and European library music, the BBC Radiophonic Workshop as well as the pioneers of experimental electronic modernism. This includes Arne Nordheim, Pierre Henry and Karlheinz Stockhausen, who taught and influenced several generations of musicians including Can and Jodi. Closer to home, Christian Wallumrød has been influenced by two groups he’s a member of. This includes the international quartet Dans Les Arbres and Brutter, the anti-techno duo he formed with his brother Fredrik. All these influences influence the sound and success of Many.

They’re part of Christian Wallumrød Ensemble’s captivating and enchanting musical adventure. A crucial part to the sound  and success of Many is when the five sonic explorers improvise and the albums take twists and turns aplenty.

They paint pictures throughout Many, and on the album opener Oh Gorge the music veers between  cinematic, lysergic and otherworldly. The piano led 50-50 is ruminative, hesitant and spacious as the harmonium wheezes creating an almost eerie filmic sound.  Danszaal is the musical equivalent of time travel as the Ensemble transport the listener to a distant  kingdom and paint pictures with music. Dark, dramatic and ominous describes Abysm a slow brooding soundscape that’s one of Many’s highlights. It gives way to  the juddering Staccato where pizzicato strings and robotic electronics combine effectively.

Very different is the jaunty piano led El Johnton, which begins as a truly irresistible jazzy track that swings as it sweeps joyously and melodically along before becoming understated. Suddenly a myriad of sounds emerge from the arrangement like an alternative orchestra communicating via some secret code. Later, it’s all change and the Ensemble unite and return to the  swinging, jazzy track on this captivating and epic musical adventure.

Dialect which closes Many, sends out a warning signal before the choppy arrangement unfolds. Later, it almost grinds to a halt, as a dramatic pause is left before a strident, choppy piano takes the lead as the tempo varies and the Ensemble experiment and create music where they push musical boundaries to their limits.

Many which was four years in the making, is a spellbinding album, of innovative, groundbreaking and genre defying music. On Many, the Christian Wallumrød Ensemble combines ambient, avant-garde jazz, electronica, court and experimental music as well jazz, Nordic folk and even the music of the church . The result is a musical adventure from Christian Wallumrød and his fellow sonic explorers in the Ensemble.

They’ve combine musical genres and influences to create an ambitious album where teh seven soundscapes are variously bold, dark, dramatic, dreamy. ethereal, haunting, hopeful, intriguing, irresistible, joyous, ominous, otherworldly  and uplifting. The soundscapes are also cinematic as the Christian Wallumrød Ensemble paint pictures throughout Many, and take the listener on a  captivating  journey where the listener’s  imagination is sure to run riot on this musicalMagnus Opus. 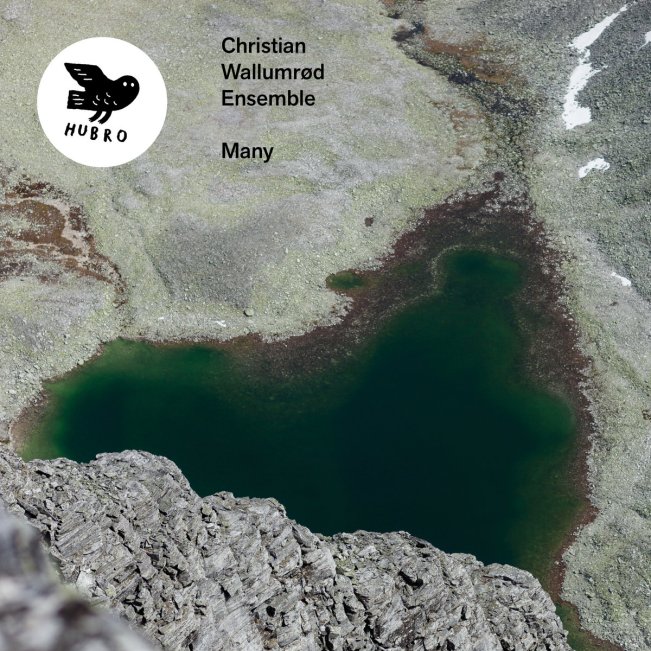