When the Erlend Apneseth Trio recorded their third album Salika, Molika they were joined by top Norwegian accordionist Frode Haltli as they fused folk and experimental improv and electronic music. The result was an ambitious and  groundbreaking album that was hailed as a  gamechanger when it was released to critical acclaim in April 2019.  Critics called Salika, Molika one of the Erlend Apneseth Trio’s finest albums and  wondered what was next from this talented triumvirate?

Less than a year later, and twenty-nine year Hardanger fiddler Erlend Apneset made a welcome return but without his trio. Instead, he’s joined by a Nordic supergroup that features Stein Urheim, Anja Lauvdal, Fredrik Luhr Dietrichson, Hans Hulbækmo and Ida Løvli Hidle. They showcase their considerable skills on Fragmentarium, which is another album of original compositions by Erlend Apneset that was recently released by Hubro Music. This is the latest chapter in the Erlend Apneset story which began thirty years ago

Erlend Apneseth was born on the ’11th’ of August 1990, in Jølster, in Sogn og Fjordan, a county in Western Norway. It’s a small town with a population of just over 3,000 that is a popular destination for skiers. It was also where Erlend Apneseth first picked up the Hardanger fiddle and began a journey that would see him become an award-winning musician. That was still to come.

The first many people heard of Erlend Apneseth was when he won Grappa’s New Artist Award in 2012. Buoyed by winning such a prestigious award, Erlend Apneseth began work on his debut album Blikkspor.

Prior to the release of Erlend Apneseth’s debut album Blikkspor, he was one of five folk musicians under the age of twenty-five nominated for the Fureprisen award. This was one of the most prestigious prizes in Norwegian music, and one that came with a first prize of 50,000 Norwegian Kroner.

Blikkspor had been recorded at and mixed at Rainbow Studio during April and August 2013. The album was recorded with the help of a few of his musical friends, including trumpeter Arve Henriksen who also produced Blikkspor. When it came to record Sommarflukt, which closed Blikkspor, Erlend Apneseth brought onboard drummer Øyvind Hegg-Lunde and guitarist Stephan Meidell. They worked well together, but little did the  three musicians realise that they would become part of one of the most exciting and innovative trios in the Norwegian music scene.

Before that, Blikkspor was released by Hubro Music, in October 2013. Critical acclaimed accompanied the release of Blikkspor, which was described as an ambitious album of groundbreaking and genre-melting music that announced the arrival of an innovative musician.  It was also a tantalising taste of what Erlend Apneseth was capable of. Critics awaited his sophomore album with interest. 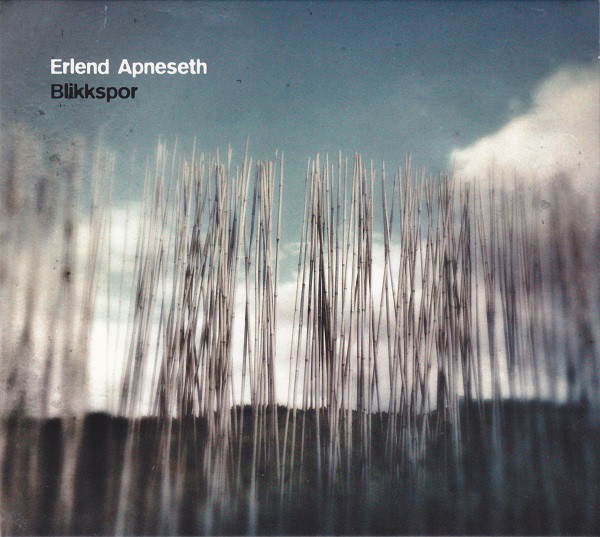 Critics and record buyers had to be patient, as Erlend Apneseth was busy over the next couple of years. He found himself collaborating with musicians from a variety of different backgrounds, including folk, improv, jazz and rock. Groups big and small were joined by the Jølster born fiddler. So were  folk singer Torgeir Vassvik and poet Erlend O. Nødtvedt. For Erlend Apneseth it was a case of have fiddle will travel, as he worked with a variety of different artists and bands.  Erlend Apneseth even enjoyed a spell as a soloist with the Bergen Philharmonic Orchestra.

Meanwhile, Erlend Apneseth was winning further awards that boosted his burgeoning CV. This included the Øivind Bergh Memorial Award  and the Music Scholarship from Sparebanken Vest in 2014. The third award that Erlend Apneseth won in 2014 was the Ingerid, Synnøve and Elias Fegerstens Foundation For The Norwegian composers and Performing Musicians. Winning these three awards boosted Erlend Apneseth’s as his thoughts turned to recording a new album.

When Det Andre Rommet was released by Hubro Music in July  2016, it was to widespread critical acclaim. The three musical mavericks had created an a groundbreaking and innovative album where they fused elements of avant-garde, improv, jazz, Musique Concrète and even rock. This resulted in an album that has the capacity to captivate as the Erlend Apneseth Trio spring surprises, as they take the listener in new and unexpected directions on Det Andre Rommet. It was hailed one of the finest Norwegian albums at the end of 2016. By then, Erlend Apneseth’s thoughts had turned to his sophomore solo album.

As 2017 dawned, Erlend Apneseth entered the Engfelt Forsgren Studio on the ‘5th’ of January 2017 to record his sophomore album Nattsongar. Just like his debut album Blikkspor, Erlend Apneseth brought onboard some of his musical friends. This included Stein Urheim, Ole Morten Vågan and Hans Hulbækmo. They were part of the band that spent the next three days recording eight of the nine tracks on Nattsongar, which was completed on the ‘7th’ of January 2017.

Just over a year after the Erlend Apneseth Trio released their critically acclaimed debut album Det Andre Rommet, this supremely talented and versatile supergroup  returned with their sophomore album Åra. It was an ambitious, innovative and genre-melting opus that had managed to surpass the quality of Det Andre Rommet.  To dp that, the Erlend Apneseth Trio features continued to combine disparate musical genres.

This includes elements of ambient, avant-garde, drone, experimental, free jazz, improv, jazz, Musique Concrète, Nordic Wave and rock. The Erlend Apneseth Trio paint pictures with their carefully crafted soundscapes and push musical boundaries to their limits and beyond on what was hailed as a career-defining album.

By September 2018, the Erlend Apneseth Trio were already working on their third album, which became Salika, Molika. They were joined by top Norwegian accordionist Frode Haltli as they began fusing folk, experimental improv and electronic music on what was another ambitious album

When Salika, Molika was released in April 2019, it was to plaudits and praise and critics. It was captivating combination of sound and spoken word where less is more. The Trio added trip hop beats,  grooves influenced by middle Eastern music as well as pizzicato strings, moody, shimmering drones and understated but irresistible melodies. Adding the final touch to this engrossing sonic adventure was Frode Haltli’s accordion. Salika, Molika was a musical tour de force from the Trio. The big question was, what was next for Erlend Apneseth? 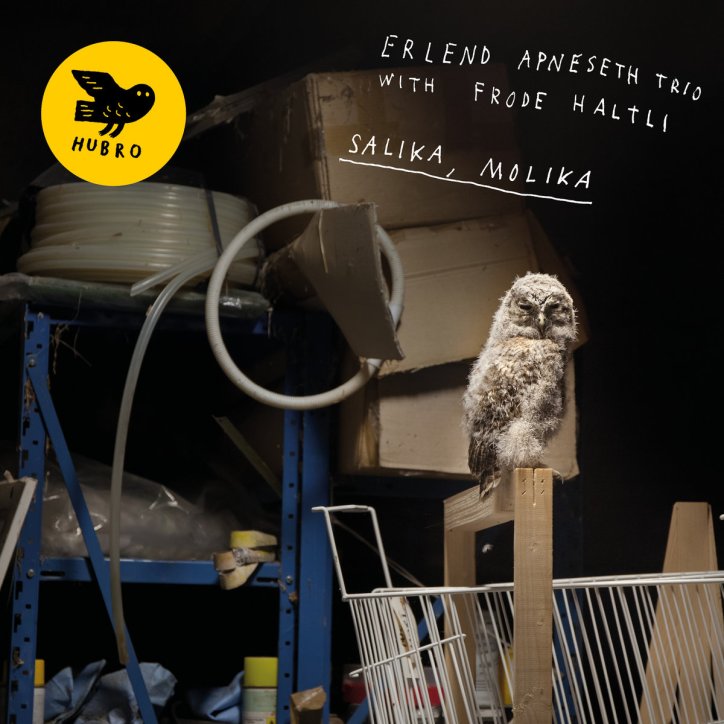 Instead of beginning work on the Trio’s fourth album, Erlend Apneseth  began work on his third solo album, which became Fragmentarium.

“This project was originally commissioned for the Kongsberg Jazz Festival in 2019. As I was free to choose what I wanted to do, I knew I wanted to work with a new ensemble, as an experiment to make my music go in new directions. Some of the musicians I had worked with in other bands or on other occasions, some of them I met musically for the first time. Most importantly, they all have in common a very open-minded approach to music, and have inspired me with their work on previous occasions, so this was really a dream-team gathering for me.”

Erlend Apneseth was joined in the studio by what was a Nordic supergroup that features guitarist Stein Urheim and pianist Anja Lauvdal who plays synths and is responsible for the electronics on the album. They’re joined by double bassist Fredrik Luhr Dietrichson, drummer Hans Hulbækmo and accordionist Ida Løvli Hidle. They helped him to make a very specific album which he wanted: “to feel like the past, the present and the future, all at the same time.”

To do this Erlend Apneseth came to his all-star band: “with a set of tunes and ideas, but we all arranged it together in a very free and playful approach. The music is a mixture of themes and improvisations and I didn’t really have any particular aims for the music other than trying to integrate the different musical personalities as much as possible, basically by not trying to control it too much. As the original setting for the piece was Kongsberg, a place with a lot of folk music history, I once again spent some time in the archives trying to find recordings from this area that could set a kind of historical context for it all. With this approach, I am trying to add some further layers to the instrumental music. Ideally, I want it to feel old, present and future at the same time”.

Just like on the Trio’s previous album Salika, Molika, Erlend Apneseth makes good use of spoken word samples taken from the archival recordings at the Folkemusikksenteret i Buskerud, in Prestfoss, Norway. Here, it’s a case of less is more with the samples used sparingly. This proves effective and each sample alters the mood of the genre-melting soundscapes.

The best way to describe the music on Fragmentarium is eclectic. Everything from  traditional folk to electronica, experimental and improv right through to jazz, pentatonic jam-band blues, Nordic Wave, avant-garde as well as hints of Celtic, Eastern and library music shine through as this all-star band paint pictures with their music on what’s an incredibly powerful and filmic album.

To do this, they use a mixture of acoustic and electronic instruments as they flit between and fuse disparate genres, often in the same track. Always the band plays with freedom throughout the seven soundscapes on Fragmentarium as they improvise. Curveballs are thrown as tracks  heads in what are often unexpected directions. Playing a part in the sound and success of the soundscapes are the samples. They play their part in tracks that veer between  atmospheric to broody and moody and sometimes become chilling, dark and eerie. Sometimes, the music is beautiful and emotive and other times poignant, while other times it’s thoughtful and ruminative and invites reflection. For much of Fragmentarium there’s a cinematic quality to the music, which has been the case with previous albums by  Erlend Apneseth. Always the music is powerful and leaves a lasting impression on the listener.

That comes as no surprise as Hardanger fiddler virtuoso Erlend Apneseth is joined by a Norwegian supergroup on Fragmentarium, which was recently released by Hubro Music. It’s without doubt Erlend Apneseth’s finest solo album and finds the award winning master musician reaching new heights. Incredibly, Erlend Apneseth isn’t even thirty, and won’t be until August of 2020. There’s a lot more music to come from this pioneering bandleader, composer and musician who always releases ambitious and innovative albums.  Fragmentarium is proof of this, and is the latest chapter in the story of  Erlend Apneseth, who is well on his way to becoming one of the leading lights of the Norwegian music scene. 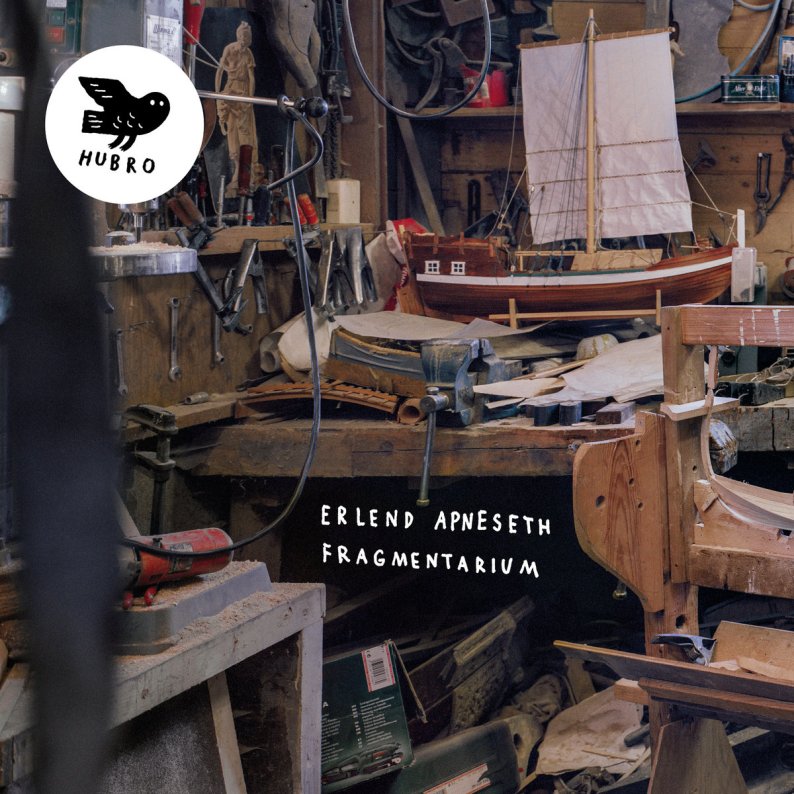