In 1979, guitarist Robin Guthrie and bassist Will Heggie formed a new band in their hometown of Grangemouth, in Scotland.  The new band they called the Cocteau Twins after a song by Johnny and The Self-Abusers, who later changed their name to Simple Minds.

Not long after forming the  Cocteau Twins band its founders were in a  local disco Nash, where they met Liz Fraser who became  the nascent group’s vocalist.

Her inimitable and ethereal vocals would play an important in the rise and rise of the Cocteau Twins between 1979 and 1997. During that period, they became one of Scotland’s most successful bands releasing eight studio albums. This included their 1982 debut Garlands and their fourth album Victorialand which was released in 1986, and were recently reissued by 4AD on vinyl.

Having met Liz Fraser, the first lineup of the Cocteau Twins was complete, and they began honing their sound. It was almost inevitable that record companies would show an interest in the band including 4AD.

At the time, one of the Cocteau Twins’ influences included Sex Pistols, Kate Bush,  Siouxsie and The Banshees and The Birthday Party. It was their drummer, Phill Calvert, that encouraged the Cocteau Twins to sign to 4AD, and they released their debut album Garlands in 1982.

For what eventually became Garlands, the three members of the Cocteau Twins had written eight tracks, which they recorded at Blackwing Studios, in London during 1981 and 1982. Vocalist Liz Fraser was joined by bassist Will Heggie and guitarist Robin Heggie and his drum machine which he put to good use on the album. Augmenting the band was Cindy Sharp of Cindytalk who added backing vocals on Dear Heart, Hearsay Please and Hazel. The three members of the Cocteau Twins coproduced Garlands with Ivo Watts-Russell the co-founder of 4AD. When the album was completed, Garlands was scheduled for release in the autumn of 1982.

When Garlands was released on the ‘1st’ of September 1982, the album was mostly received plaudits and praise. However, there were some barbed comments with Spin saying that the album sounded like “Siouxsie and The Banshees with echo.”

Some critics tried to dismiss the Cocteau Twins as merely copying Siouxsie and The Banshees. Another critic felt the album was too repetitive. However, other critics embraced and recognised the quality of music on Garlands.

It was an ambitious and innovative fusion of post punk, gothic rock and dream pop, that sounds as if it’s been influenced by The Cure’s third album Faith and the followup Pornography;  PIL’s classic Metal Box and even a nod to Joy Division. During Garlands, the music veers between visceral to dark, heavy and moody as it throbs and pulsates. Sometimes the music is edgy and has an unsettling effect. Then when Robin Heggie unleashes his guitar it screeches, sears, soars and sometimes shimmers and glistens. Occasionally, the music becomes atmospheric and hints at what was to come from the Cocteau Twins.  However, for much the time they stick to the same formula which they believed was a winning one.

And so it proved to be. When Garlands was released, the album reached number four in the UK Indie chats and was eventually certified silver after selling 60,000 copies. This resulted in the Cocteau Twins being called an overnight success despite having been founded three years earlier. 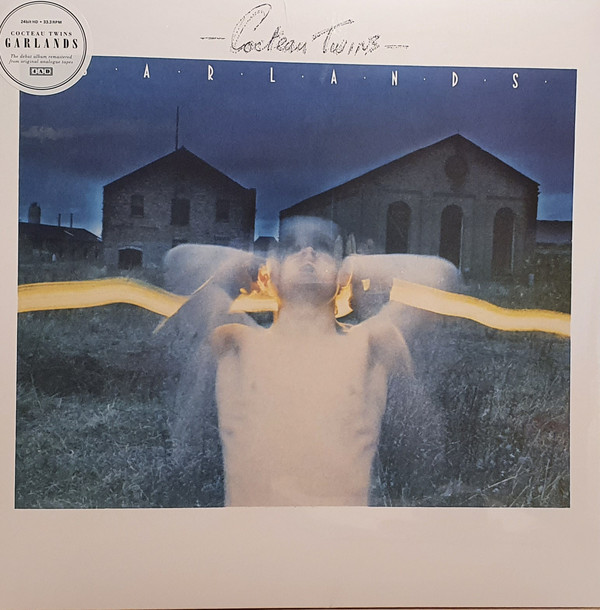 Buoyed by the success if Garlands, the Cocteau Twins returned on the ‘1st’ of October 1982 with the Lullabies EP. It  found their music evolving, and the EP showcasing a louder, driving fusion of post punk and gothic rock. This proved popular and reached number eleven in the UK Indie charts.

By the time work began on Head Over Heels, the Cocteau Twins were now a duo. Bassist Will Heggie had left the group leaving just Liz Fraser and Robin Guthrie who wrote the ten tracks that became their sophomore album Head Over Heels.

When Head Over Heels was released on the ‘31st’ of October 1983, it was to widespread critical acclaim. The music was very different, with a much more ethereal sound that the Cocteau Twins would become known for.

This was thanks to Liz Fraser’s wordless sounding vocals where it sounded as if she was singing some lost Tolkienesque language. Meanwhile,  the multilayered arrangements featured chiming, glistening, shimmering and sweeping guitars often, Robin Guthrie makes good use of reverb. Occasionally, there’s a nod to Siouxsie and The Banshees, especially on In Our Angelhood. However, on most of Head Over Heels the Cocteau Twins were well on their way to forging their own inimitable sound. 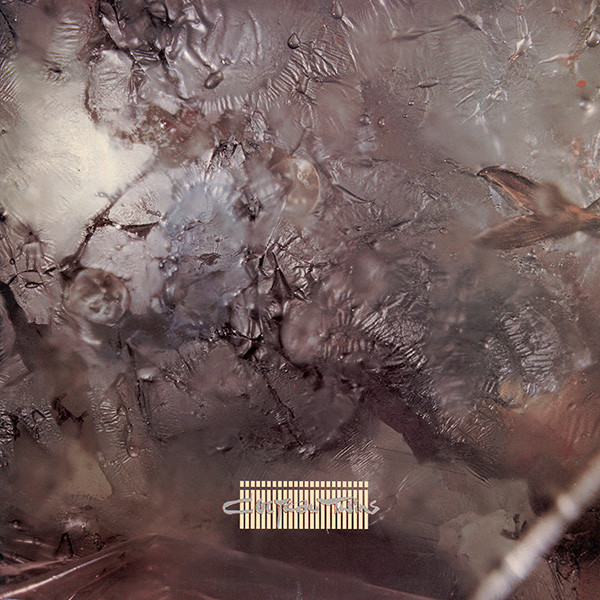 That was the case when the Cocteau Twins released their Sunburst and Snowblind EP on the ‘7th’ of November 1983 and it reached eighty-six in the UK charts and number two in the UK Indie Charts. It was the perfect way to end what had been a difficult year for the Cocteau Twins.

Their first releases of 1984 were the single  Pearly Dewdrops’ Drops and The Spangle Maker EP. When they were released on the ‘2nd’ of April 1984 they reached number twenty-nine on the UK charts and number one the the UK Indie Charts. This augured well for the release of their next album, Treasure.

By the time the Cocteau Twins began recording their third album Treasure, there had been another change in the group’s line. The addition of bassist Simon Raymonde was the final piece in the jigsaw, and this was the start of a new era for the classic lineup of the Cocteau Twins.

They wrote and produced the ten tracks which later, became Treasure. Recording sessions took place at Palladium Studios, in Edinburgh, and Rooster Studios, in West London, between August and September 1984. Less than two months later the album was released, and it proved to be musical Treasure.

When critics heard the Cocteau Twins’ third album Treasure, it was immediately hailed as their finest album. It showcases their trademark ethereal dream pop sound which was now fully formed. The music was inventive, imaginative, beautiful and sometimes, was cinematic and wistful. This musical Treasure trove was the Cocteau Twins’ most melodic offering and nowadays, is regarded as a dream pop classic and one of the group’s finest hours.

Record buyers agreed, and when the album was released on the ‘1st’ of November 1984 it reached twenty-nine in the UK charts and two in the UK Indie charts. Elsewhere, Treasure reached thirty-four in New Zealand and thirty-two in Sweden. Later, the Cocteau Twins received another silver disc in the UK for Treasure. It seemed that they could do no wrong. 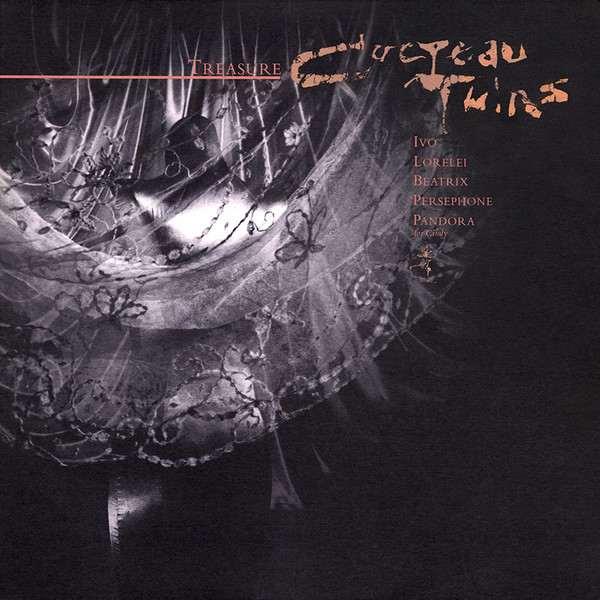 During 1985, the Cocteau Twins released three more EPs. The first was the Aikea-Guinea EP which was released on the ‘4th’ of March 1985 and reached forty-one on the UK charts and topped the UK Indie charts. It also reached the thirty-eight in New Zealand, where the Cocteau Twins were becoming popular. By then, the Cocteau Twins’ popularity was growing and their music was finding favour with record buyers in other parts of the world.

Two weeks later, Echoes In A Shallow Bay was released on the ‘29th’ of November, reaching sixty-five  in the UK charts and became the Cocteau Twins’ third consecutive EP to top the UK Indie charts. Meanwhile, the EP reached forty-eight in New Zealand. 1985 had been a successful year for the new lineup of the Cocteau Twins.

As 1986 dawned, the Cocteau Twins prepared to release the first compilation of their career,The Pink Opaque. By then, they were growing in popularity in America, partly because they had been played on college radio. However, the Cocteau Twins didn’t have a distribution deal  in America, which made reissuing their back-catalogue or new albums problematic. 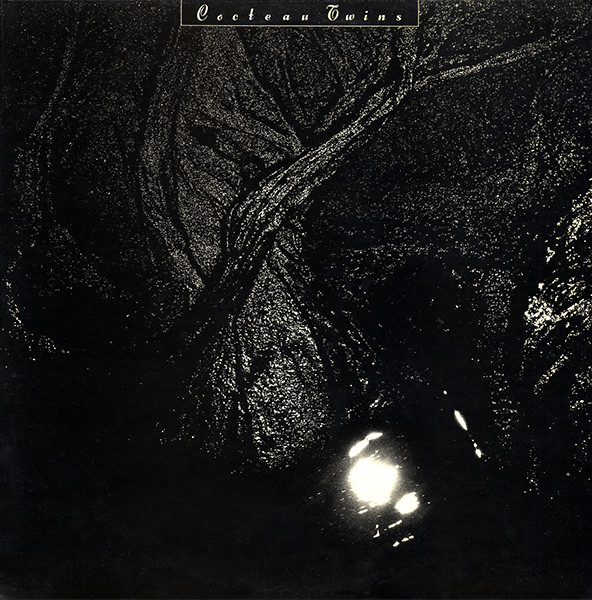 This was Victorialand, which found the Cocteau Twins once again recording as a duo. The newest member of the group Simon Raymonde, had been asked by This Mortal Coil to collaborate with them on their album Filigree and Shadow. For the second time, it was a case of and then there were two.

For their fourth album Victorialand, Liz Fraser and Robin Guthrie wrote nine tracks. Some of the track titles were were borrowed from passages on the Arctic and Antarctic that feature in David Attenborough’s The Living Planet: A Portrait Of The Earth, a book that accompanied  his 1984 BBC documentary series The Living Planet. The album title was a reference to the part of Antarctica known as Victoria Land, which was named after Queen Victoria.

When recording of Victorialand began, it was a very different album to everything that preceded it. The album featured just Robin Guthrie’s guitar and Liz Fraser’s vocals with Richard Thomas of Dif Juz playing saxophone and tabla. There were neither drums nor percussion on Victorialand just acoustic guitars which were drenched with reverb to create space for Liz Fraser’s vocals inimitable ethereal vocals. They played an important part in the sound and success of Victorialand.

The only problem arose during the mastering of Victorialand. It wasn’t easy to replicate the Cocteau Twins minimalist soundscapes on vinyl. A solution was to press an album that played 45 rpm rather  33⅓ rpm. This worked and the Cocteau Twin’ fourth album Victorialand was ready to be released.

When Victorialand was released on the ‘14th’ of April 1986, it was to widespread critical acclaim, and reached number ten in the UK charts and became their second album to top the UK Indie charts. For the Cocteau Twins, Victorialand was the most successful album of their career and for many critics their best.

Victorialand which featured nine carefully crafted  soundscapes where the Cocteau Twins take as a starting point their trademark dream pop sound and add elements of ambient, ethereal wave and even hints of psychedelia. It’s a genre-melting opus from the Cocteau Twins.

The nine soundscapes on Victorialand  were variously understated, atmospheric, crystalline, dreamy, ethereal, elegiac and cinematic as the Cocteau Twins paint pictures with music that cocoons the listener and transports them to another time,  place or even planet. It’s a case of listeners relaxing and allowing themselves to drift away and let their imagination run riot. That’s easy to do as you immerse yourself in these multilayered and nuanced soundscape which also have a psychedelic side. This comes courtesy of the the guitars drenched in reverb and Liz’s ethereal, cooing vocal. When all this is combined it results in a truly  beautiful album of relaxing music that allows the listener to drift away and forget their troubles. It’s music to soothe the weariest of souls and when it was released in April 1986 was the finest album of the Cocteau Twins career .

Eventually, the Cocteau Twins went on to release eight studio albums before splitting up in 1997. Nowadays, Victorialand is regarded as one of their finest albums and a genre classic. It’s also a reminder of the Cocteau Twins during a period when it seemed like they could do wrong.  From Treasure onwards, the Cocteau Twins enjoyed commercial success and critical acclaim.  That was the case right through to their 1996 swansong Milk and Kisses.

The recent reissue of Garlands and Victorialand on 180 gram vinyl is to be welcomed. This gives a new generation the opportunity to discover the delights of the Cocteau Twins music which was always ambitious and innovative. That was the case throughout their career and was the case on Garlands and especially Victorialand where the Cocteau Twins scaled new heights on what was regarded upon its release as a career-defining album. 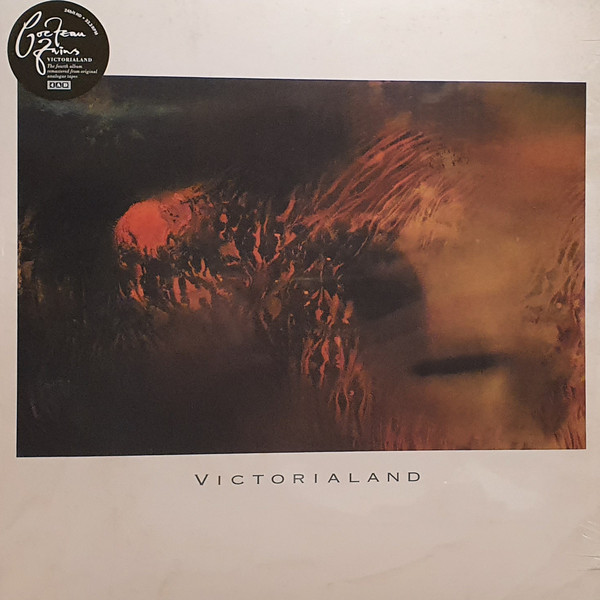