BRUTON, BRUTOFF: THE AMBIENT AND PASTORAL SIDE OF THE BRUTON LIBRARY CATALOGUE.

Bruton, Brutoff: The Ambient  and Pastoral Side Of The Bruton Library.

Compared to KPM, DeWolfe, Amphonic, Conroy and Sonoton, Bruton Music Library was a relative latecomer to the world of library music. The company was formed in 1977 by Robin Phillips who previously, had run KPM Music and transformed the company and its fortunes. He had left KPM and was working for ATV Music which was run by Lou Grade.

Having entered the world of library music, ATV needed a name for their new venture. They called the company Bruton Music Library as it was based at 12 Bruton Street, in London and initially, it was a subsidiary of ATV Music.

When Robin Phillips was at KPM the company released the KPM 1000 series with a cover which nowadays, is regarded as a design classic. Realising the importance of an album cover that would soon be recognised by the recipients of the releases a new design was commissioned. It featured variations of the same grid design and the company’s isometric logo. This new design worked, and soon, people working in radio, television and advertising recognised the Bruton Music Library’s released by their album cover.

Eventually, the Bruton Music Library released over 330 LPs, and they featured a design that nowadays, is regarded as a design classic. It’s also a design that is instantly recognisable. So much so, collectors and connoisseurs of library music can spot fifty feet away.

It used to be that many of the Bruton LP’s were inexpensive and a newcomer to library music could put together a collection without spending much money. Then library music became fashionable.

There were a number of articles written about what was a relatively unknown genre of music. That was no surprise as people couldn’t walk into their record shop and buy a Bruton LP. They were for people working in radio, television and advertising. However, some found their way into the hands of collectors and eventually, library music became fashionable.

Now that beard-stroking, Guardian-reading hipsters had discovered library music, suddenly, the price of many LP’s including some of the 330 released by Bruton shot up. Hipsters were willing to pay large sums of money for rare library music albums to play on their Crossley’s.

Among the Bruton albums that have shot up in price are the experimental and esoteric releases. This includes the BRD and BRI series which are particularly collectable. So  are some of the  BRH, BRJ, BRM, BRR and BR series. Eleven tracks from these seven series feature on Bruton, Brutoff: The Ambient  and Pastoral Side Of The Bruton Library which was released by Trunk. The compilation was compiled by collector and connoisseur of library music Jonny Trunk who also wrote The Music Library.

The thirteen tracks on Bruton, Brutoff: The Ambient  and Pastoral Side Of The Bruton Library were composed by some of the giants of library music. Robin Phillips knew them from his time at KPM. This included Alan Hawkshaw, Brian Bennett, John Cameron and Francis Monkman. They wrote and recorded seven of the eleven tracks. Other cues come courtesy of Les Hurdle, Steve Gray, Frank Ricotti, Johnny Scott, Frank Reidy and Eric Allen plus Orlando Kimber and John Kelieor. These oft-overlooked cues show another side to the Bruton Music Library and make a pleasant change from beat and action driven releases.

Brian Bennett’s The Swan from 1982 has a serene sound and is reminiscent of the continuity music regional television stations sometimes played when something had gone amiss. Usually, after someone said: “don’t worry we’ll be right back shortly.”

Francis Monkman’s Stargazing is from 1978 and has a slightly futuristic but dreamy sound as it floats along.

Steve Gray’s cinematic sounding Billowing Sails from 1982  conjures up images of a yacht sailing across a lake on a blustery autumn day. Maybe there’s a frustrated sailor with his captain’s hat on, who suffers from a bad case of nautical Tourettes? He’s shouting at his fed-up and frozen family: “wind the winch, splice the mainbrace and drop the anchor, not on my bloody foot you muppet.”

Frank Ricotti’s Vibes from 1981 is a quite beautiful, laidback and jazz-tinged track that meanders melodically along.

Ruminative describes Frank Reidy and Eric Allen’s pastoral sounding Reflections. It’s the type of music that one might hear as part of the soundtrack to a costume drama.

John Cameron’s Tropic 2 was released in 1981 but as it meander along revealing its futuristic, lysergic and dreamy sound.

There’s an urgency to Orlando Kimber and John Keliehor’s One Language which was released in 1984 and combines elements of ambient and world music.

Les Hurdle and Frank Ricotti’s Dissolves was released in 1978, during the early days of the Bruton Music Library. Although it’s slow, moody and ponderous beauty is omnipresent.

The next three tracks are by John Cameron. This includes the ambient sounding Floatation from 1980 and the wistful, sometimes dubby and pastoral Drifting from 1978. Trek from 1981 is dramatic and futuristic and sets one’s imagination racing.

Alan Hawkshaw’s cinematic sounding Saturn Rings was released in 1979, and this futuristic soundscape glides along conjuring up images of a journey to another planet.

Jonny Trunk has impeccable musical taste and his journey through the experimental and esoteric parts of the Bruton Musical Library was thoroughly enjoyable. It’s one of the few compilations where there’s it’s all killer and no filler. That’s not surprising given that many of the giants of library music feature on Bruton, Brutoff: The Ambient  and Pastoral Side Of The Bruton Library. Their inclusion results in what’s without doubt, one of the best library music compilations of 2020.

For either newcomers to library music or veterans of the genre, Bruton, Brutoff: The Ambient  and Pastoral Side Of The Bruton Library is well worth adding to their collection. However, it’s a limited edition of 500 from Trunk and it’s a case of get a copy while you can.

Newcomers to library music should consider buying a copy of Jonny Trunk’s The Music Library. It’s one of the best books about the genre and his passion for the subject shines through. Jonny Trunk is a collector and connoisseur of library music and his lovingly curated compilation features cues from some of the rarest Bruton releases. To buy the albums the cues are taken from would cost the average person a month’s salary. This makes Bruton, Brutoff: The Ambient  and Pastoral Side Of The Bruton Library one of the bargains of 2020.

Bruton, Brutoff: The Ambient  and Pastoral Side Of The Bruton Library. 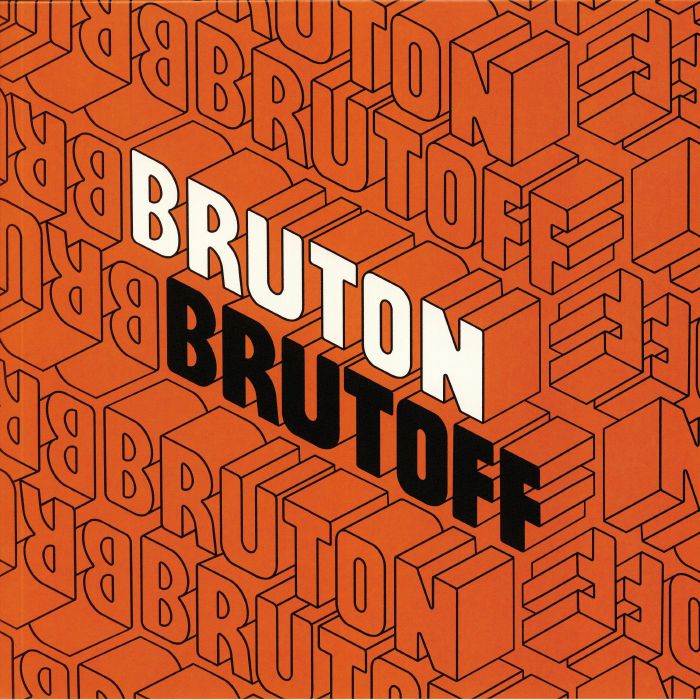