Little did anyone at Jazzman Records know when they released Spiritual Jazz (Esoteric, Modal and Deep Jazz From The Underground 1968-77) in 2008, that this was the first instalment in what would become their longest-running and most successful compilation series. Over the next twelve years, they’ve released compilations of European, Islamic, Japanese and vocal spiritual jazz. They also turned their attention to some of the most important and prestigious jazz labels and dug deep into the vaults of Blue Note, Prestige and most recently Steeplechase for further critically acclaimed compilations of spiritual jazz. By then, there were eleven instalments in the series.

The big question on many critics and jazz fans was which label was next?  One label that was perfect for Jazzman Records’ next  compilation of spiritual jazz was Impulse! It was home to some of the giants of jazz including John Coltrane, Elvin Jones, Max Roach, Yusef Lateef, Freddie Hubbard, McCoy Tyner, Archie Shepp, Alice Coltrane and Pharoah Sanders. All these artists and more feature on Spiritual Jazz 12: Impulse! It’s just been released and is a two CD set that features seventeen tracks from the Impulse! vaults.

The roots of Impulse! can be traced to 1955 when the American Broadcasting Company decided the time was right to diversify into the record business. History was made on June ‘14th’ 1955 when  Am-Par Record Corporation was incorporated and Samuel H. Clark became the company’s first president. He oversaw the birth of what would become one of the biggest record companies in America.

Soon, the nascent label was producing and releasing records, licensing masters from independent record producers and purchasing records that had been regionally. These were then distributed nationwide by Am-Par Record Corporation. Some of the singles and albums proved popular and indeed profitable for the new label.

In 1960, Am-Par Record Corporation decided to form their own jazz label which they called Impulse! Arranger and producer Creed Taylor was hired and became the nascent label’s A&R manager.

One of the earliest signings made by Creed Taylor was Ray Charles. Another of Impulse!’s early signings was Oliver Nelson. He released his post bop album The Blues and the Abstract Truth in February 1961. It sported Impulse!’s distinctive black, orange, and white livery.

A month later, in March 1961, Ray Charles released His Genius + Soul = Jazz was released in March 1961, and gave the label its first successful album. The decision to appoint Creed Taylor as Impulse!’s A&R man had paid off.

Despite the success of Ray Charles’ His Genius + Soul = Jazz Creed Taylor decided to leave Impulse! in the summer of 1961. He had been approached to run Verve Records. Replacing Creed Taylor was the man who would be synonymous with Impulse!, Bob Thiele.

He would play a huge role in the rise and rise of Impulse! Bob Thiele ran Impulse! between 1961 and 1968. During that period, he began to expand the label. He had two very different roles, A&R and production. Somehow, he was able to successfully juggle the two roles. Soon, Bob Thiele was adding some of the biggest names in jazz to Impulse!’s roster. Then he would produce their albums for Impulse! This includes many of the albums that the tracks on Spiritual Jazz 12: Impulse! are taken from.

Opening disc one is John Coltrane’s spiritual jazz classic A Love Supreme Pt 1: Acknowledgement. It’s taken from his 1965 Magnus Opus A Love Supreme, which was produced by Bob Thiele, and is an album that belongs in every record collection

Although Elvin Jones was the drummer on John Coltrane’s A Love Supreme, he was also a solo artist and in 1965 released the album Dear John C. It’s another Bob Thiele production and features a cover of Duke Ellington’s Fantazm which features pianist Hank Jones. It’s one of the highlights of this underrated albums that is a reminder of one of the greatest jazz drummers of his generation.

In 1962, Max Roach and His Chorus released It’s Time, an album of hard bop and modal jazz that was produced by Bob Thiele. The thirty-eight year old drummer had written the six compositions on the album including Lonesome Lover which features a beautiful, heartfelt and hopeful vocal from Abbey Lincoln. It plays an important part in the sound and success of the song which is a welcome addition to the album.

After leaving Blue Note, trumpeter, composer and bandleader Freddie Hubbard signed to Impulse! His debut for the label was The Artistry Of Freddie Hubbard which was released in 1963. It’s another album that was engineered by Rudy Van Gelder and produced by Bob Thiele. One of the highlights of this album of post bop was the Freddie Hubbard composition The 7th Day where he’s joined in the horn section by trombonist Curtis Fuller and tenor saxophonist John Gilmore. This talented triumvirate play leading roles in this oft-overlooked spiritual jazz gem.

Archie Shepp’s composition Le Matin Des Noire closes disc one of Spiritual Jazz 12: Impulse! The track was recorded at the Newport Jazz Festival in 1965, and featured on John Coltrane and Archie Shepp’s 1966 album New Thing At Newport which was produced by Bob Thiele. The concert took place four days after John Coltrane recorded his Ascension album which featured Archie Shepp. By then, John Coltrane and  music had evolved and moved towards the avant-garde. So had Archie Shepp’s. He had become politically conscious and was fusing African rhythms and cultural concepts with his freeform avant-garde saxophone playing. The result was ambitious and groundbreaking music like Le Matin Des Noire.

By the time  Michale White released his Pneuma album in 1972, Bob Thiele had left Impulse! and had founded his own label Flying Dutchman. Ed Michel produced the album which showcased this groundbreaking violinist whose music could be demanding, innovative and also rewarding. That was the case with his spiritual jazz gem The Blessing Song.

When Phil Woods recorded his Greek Cooking album with producer Bob Thiele, he recorded Bobby Scott and Ric Marlow’s A Taste Of Honey. The band fuse traditional and Greek instruments on this modal jazz track which was one of the highlights of the album when it was released in 1967.

The title-track to Alice Coltrane’s fourth solo album Journey In Satchidananda closes Spiritual Jazz 12: Impulse! It was part of what was an accessible album of modal and experimental jazz that had been influenced by a number of things including Alice Coltrane’s love of Middle Eastern and North African music and culture. However, the title-track reflected how she had been inspired by the Indian religious teacher and spiritual master Swami Satchidananda Saraswati.  It’s a powerful and spiritual track that’s without doubt one of the highlights of the compilation.

Spiritual Jazz 12: Impulse! is also one of the finest instalments in Jazzman Records’  long-running compilation series. That’s no surprise given that many of the giants of jazz spent part of their career signed to Impulse!

It was unlike many other jazz labels. Part of the reason was that Bob Thiele gave artists creative freedom. There was nobody trying to tell artists what direction their music should head in. While this may not have resulted in music that was hugely successful, much of the music Impulse! released was innovative and influential. Especially during the period Bob Thiele was at the hem of Impulse!

Nowadays, Bob Thiele’s name is synonymous with Impulse! He was at at the helm between 1961 and 1969. That was when Impulse! released some of its most important and influential music. When he  left Impulse! after a musical coup d’état and his replacement was thirty-five year old Ed Michel.

Suddenly, commentators wondered whether Impulse! would be the same label? Still, Impulse! continued to release important, innovative and influential albums, albeit not as regularly as it once had. Some of the albums were hit or miss affairs and no longer was the label releasing as many classic albums. Despite that, Impulse! remained one of the most important labels in  the history of jazz.

That’s still the case today and the seventeen tracks by on Spiritual Jazz 12: Impulse! are a reminder of the label at the peak of its powers. During this period, Impulse! was home to many pioneering musicians and some of the biggest names of jazz. They played their part in the rise and rise of Impulse! which was well on its way to becoming one of the most important labels in the history of jazz.

Proof of that is the music on Spiritual Jazz 12: Impulse! which is a snapshot of a legendary label when it was home to some of the giants of jazz, who were able to experiment and innovate, and had the freedom to create some of the most important and influential jazz of the sixties and early seventies. 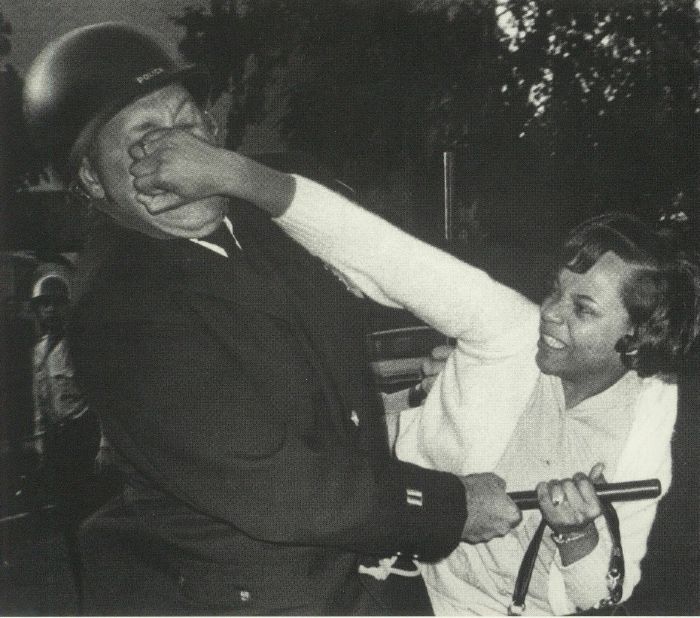