The roots of the Glaswegian-based contemporary jazz combo can be traced to Scotland’s capital Edinburgh, where pianist, keyboardist and bandleader Joe Nichols was studying at Edinburgh University. That was where he met his long-time collaborators drummer Alex Palmer and bassist Mischa Stevens. They’ve been performing together since then.

In 2018, Nimbus Sextet’s lineup was almost complete when saxophonist Martin Fell and trumpeter Euan Allardice joined the group. The final piece of the musical jigsaw was the addition of James Mackay. And now there were six.

Since then, Nimbus Sextet have been honing their sound and playing live in Scotland and further afield. However, one of the most important gigs of the band’s nascent career was supporting  Gilles Peterson at Glasgow’s much-missed Sub Club. Watching the band play was Wayne A. Dickson of Groove Line Records who spotted their potential and during the gig was convinced the Acid Jazz Records would be interested in signing Nimbus Sextet. They were and Wayne A. Dickson, who has a wealth of music industry experience is now managing Nimbus Sextet.

With his help and encouragement and a lot of hard work on their own part Nimbus Sextet are going from strength-to-strength. They embarked upon a UK tour in February and March of 2020. Anyone who has been fortunate enough to see Nimbus Sextet live will agree that it’s an impressive sight and sound. The starting point for their music is jazz which heads in the direction of fusion and jazz-funk and also incorporates elements of funk neo-soul and world music. Live Nimbus Sextet take the audience on a musical adventure and are at their best when they improvise. It allows this talented and versatile group to showcase their considerable skills as the musical alchemists reinvent the material they’ve written over the last couple of years.

This includes the lead single from Nimbus Sextet’s forthcoming album Dreams Fulfilled which was recently released by Acid Jazz Records. During Trap Door Nimbus Sextet showcase their unique take on jazz. They fuse everything from funk and fusion to jazz-funk during this hook-laden and truly memorable and melodic single Trap Door.

Buoyed by the success of Trap Door, Nimbus Sextet returned with their much-anticipated sophomore single Lily White, which features vocalist Anthony Thomaz. It’s a song  that was written in the winter of 2018 before saxophonist Martin Fell joined the group. He was travelling by train from Glasgow to Leeds and  the vibrations of the train inspired what became the song’s rhythms. Then as he gazed out at the snow flecked fields this provided the inspiration for the song’s main theme. Soon, the song started to take shape, and once it was completed all the saxophonist needed was a vehicle for it.

When Martin Fell joined Nimbus Sextet he let the rest of the group hear the song. They spotted the song’s potential and decided to recorded it for their debut album Dreams Fulfilled. Joining the group was Anthony Thomaz who delivers a smooth, soulful and sassy vocal. He paints pictures and brings the lyrics to life with a neo-soul vocal. Meanwhile the rest of the group combine elements of jazz-funk, fusion, and jazz as they provide the perfect backdrop for this melodic and memorable song that showcases the combined and considerable talents of  Nimbus Sextet.

Understated, atmospheric and cinematic are words that spring to mind as Deep Dark Blue Lights starts to reveal its secrets. So does wistful and melancholy. Meanwhile Nimbus Sextet’s playing is initially restrained as the rhythm section and wheezing keyboards combine to create a rueful slice late-night jazz. A fleet-fingered and funky bass signals it’s time to change direction and a blazing, quivering horn soars high above the arrangement. It’s joined by rolls of thunderous drums and banks of keyboard before a curveball is thrown and the tempo drops but there’s an element of drama. Soon, elements of jazz, funk, fusion and the influence of Herbie Hancock can be heard before this captivating and  genre-melting eight minute epic reaches a crescendo. It’s been a roller coaster ride.

From the get-go, there’s a sense of sadness and melancholy on Klara. This comes courtesy of the soul-baring soliloquy. It begins with the line: “why can’t you see what you’re doing to me” and soon hurt and heartache is there for all to hear. When the soliloquy drops out, the jazzy arrangement meanders along with a probing piano playing a leading role as the rhythm section provide an understated backdrop. This less is more approach is perfect and as the piano leads from the front and the band jam. Later, the arrangement is stripped bare and the trumpet enters joining forces with a jazz-tinged guitar, the rhythm section and piano . With less than a minute to go the trumpet is played with power and passion and helps brings this beautiful  track to a close. It’s without doubt one of the album’s highlights.

Séance is another of the slower tracks on the album. Keyboards give way to the horns which then flutter as the rhythm section provide the arrangement’s heartbeat. It has a wistful sound as the arrangement meanders along the horns occasionally flutter before the arrangement returns to its previous pedestrian sound. This allows the listener to reflect and ruminate. Later, the horns are played with speed and power adding a hopeful sound as the band jam and the track is transformed. It head in the direction of fusion when  a blistering guitar is unleashed before returning to the earlier wistful sound. In doing so, this show’s Nimbus Sextet’s versatility during a track that’s full of twists and turns as well as subtleties and surprises.

The piano play a leading role on Dreams Fulfilled and is joined by the rhythm section during this understated and spacious arrangement that gradually reveals its secrets. Drums punctuate the arrangement, hi-hats ring out and a muted horn plays and accompanies the piano which is played deliberately and plays a starring role.  Later, it’s played tenderly as is the alto saxophone. Not for long though and soon it’s being played with power as it soars high above the arrangement and along with the piano plays a starring role as the band jam for the last time. They enjoy the opportunity to stretch their legs before just Joe Nichols’ piano remains for the final minute and he adds a flamboyant flourish before taking his leave on this stunning nine minute cinematic opus  which closes Dreams Fulfilled on a high.

Nimbus Sextet’s recently released debut album Dreams Fulfilled was much-anticipated and certainly doesn’t disappoint. The two singles Trap Door and Lily White are an important part of the album’s narrative and a tantalising taste of what was to come from the Glasgow-based group. However, these are just two of the six tracks that were recorded at Luigi Pasquini’s Anchor Lane Studios, in Glasgow. The result was an album that showcase a talented and versatile band who can seamlessly switch between and combine disparate musical genres and influences.

Jazz is at the heart of each and everyone of Nimbus Sextet’s songs on Dreams Fulfilled. They combine elements of funk, fusion, jazz-funk, Neo-Soul and world music during the six tracks on Dreams Fulfilled. Sometimes, the influence of Herbie Hancock can be heard in pianist and keyboardist Joe Nichols’ playing. In the rhythm section bassist Mischa Stevens has obviously been inspired by classic funk keep things funky with fleet fingered solos. However, it’s unfair to single two band members out as everyone plays their part in the sound and success of Dreams Fulfilled.

It’s a captivating  musical journey where the music veers between smooth and soulful to hook-laden, melodic and  memorable to beautiful and joyous right through to understated, atmospheric and cinematic. Sometimes, the music is wistful and rueful and allows the listener to reflect, ruminate and contemplate. Dreams Fulfilled shows the different sides to Nimbus Sextet who  are one of the rising stars of Scotland’s vibrant and eclectic music scene and look like becoming one of the success stories of the forthcoming decade. Especially if they can continue to record albums of the quality of Dreams Fulfilled which showcases Nimbus Sextet’s versatility during a carefully crafted, genre-melting album that’s full of twists and turns and subtleties and surprises. 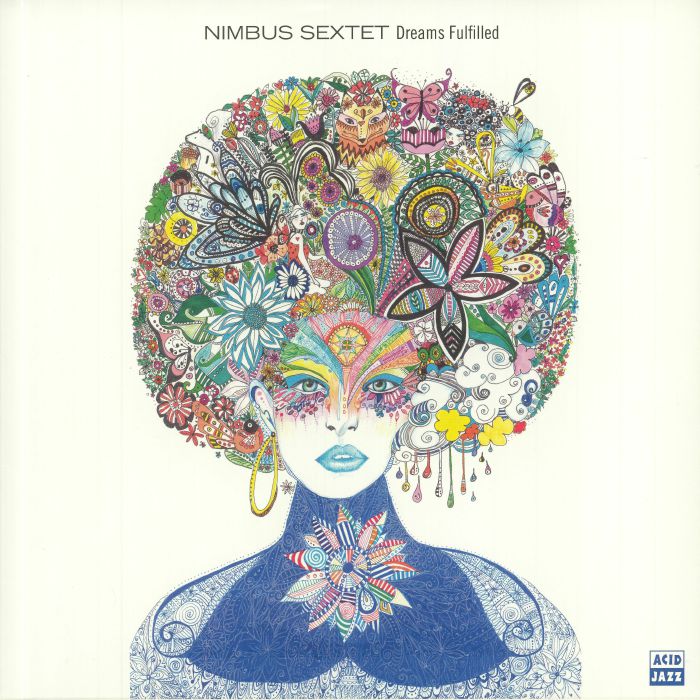