In the early days of bebop, saxophonist Charlie Parker was regarded as a pioneer, and just like Bud Powell, Dizzy Gillespie, Max Roach and Miles Davis was at the forefront of this new, exciting, innovative and radical musical movement.

The first bebop albums were belatedly released after the end of the two year recording strike by the American Federation of Musicians between 1942 and 1944. During the strike union musicians were banned from making commercial recordings for any commercial record company. This was frustrating for  the bebop pioneers who were unable to record the new genre that they had been honing and wanted to share with the wider world.

When the first bebop albums were released critics and jazz connoisseurs realised that this was a gamechanger rhythmically, harmonically and melodically. Soon, bebop was providing the basis for jazz in post-war and era. However, not everyone understood this new genre.

They grew up in the swing era and enjoyed the music of the big bands, but couldn’t understand bebop. It was like another language and was incomprehensible to some older jazz fans. Now they knew how the previous generation felt when they heard Louis Armstrong as he transformed jazz.

A generation later and Charlie Parker was also transforming jazz and was a leading light of the bebop movement. His performances were breathtaking as he played with speed, power and confidence. He dug deep and gave something of himself during emotive and soul-baring performances when he played live. Then in 1944, once the Petrillo ban was lifted the twenty-four year old signed to the Savoy label where he made his recording debut as a solo artist.

On November 26, 1945, Charlie Parker recorded for the Savoy label what was later marketed as the “greatest jazz session ever.” The band he led were billed as Charlie Parker’s Reboppers and featured drummer Max Roach, bassist Curley Russell, trumpeter Miles Davis and Dizzy Gillespie. Among the races they recorded were Billie’s Bounce, Ko-Ko and Now’s The Time. These tracks later featured on New Sounds Of Modern Music Volumes 1 and 2 which were released by Savoy. A total of four volumes were released between 1948 and 1950, and feature on The Savoy 10-Inch LP Collection which was recently released by Craft on CD.

A musical revolution began earlier in 1948 with the release of the first LP. Unlike modern albums it was only ten inches wide. This meant that there was limit to how music could fit on the new format. Despite that, it was a gamechanger for artists and record companies.

Unfortunately, by the autumn of 1948 Charlie Parker had left Savoy and they never released any albums of new music. However, for what became New Sounds Of Modern Music Volumes 1 the reissued some of his finest moments in 1950.

Just like many record companies, executives at Savoy were looking through their back-catalogue for recordings to release on Charlie Parker’s debut album. Eventually, a total of eight tracks were chosen for New Sounds Of Modern Music Volume 1 and it was released in 1950. It featured eight tracks that were recorded between September the ‘15th’ 1944 and August the ‘14th’ 1947.

This  included one of his earliest recordings Now’s The Time. It was recorded when the bandleader was just twenty-four but he plays with maturity as he combines speed and fluidity. That’s no surprise as Charlie Parker spent up to fifteen hours a day  practising growing up in the thirties.

That was time well spent as Donna Lee, Chasing The Bird, Red Cross, Ko-Ko, Warming Up A Riff, Half Nelson and Sipping At Bells prove. They feature one of the founding father’s of bebop at the peak of his powers.

New Sounds Of Modern Music Volume 2.Buoyed by the success of his debut album, Savoy released the followup a year later in 1951. This required another look through the label’s back-catalogue. Eventually, eight tracks which were recorded between November the ‘26th’ 1945 and December the ‘21st 1947 were chosen and became New Sounds Of Modern Music Volume 2 the it was released in 1951.

Billie’s Bounce was the earliest recording on the album. It was recorded on November the ‘26th’ 1945 and by then, Charlie Parker was a prodigiously talented saxophonist who was already one of the leading lights of the bebop movement. Over the next two years he recorded Cheryl, Milestones, Another Hair-Do, Thriving From A Riff, Buzzy, Little Willie Leaps and Kaunstance. Bird was a prolific during this period but never seemed to let his standards drop.

These eight tracks are a reminder of a musical revolutionary who introduced new harmonic ideas into jazz that changed the genre forever. This included rapid passing chords, new variants of altered chords and chord substitutions. It was groundbreaking and thirty-two year old Charlie Parker was writing his name into jazz history.

Sadly, by 1952 Charlie Parker was still struggling with mental health problems and battling heroin addiction. This was something he had struggled with since he was prescribed opiates after a car accident when he was just sixteen. Life wasn’t easy for Charlie Parker who since 1950 had been living in New York with his common-law wife, Chan Berg and was still signed to Verve. However, Savoy continued to reissue the best of the music he recorded for the label between 1944 and 1948.

1953 was another busy year for Charlie Parker. He continued to divide his time between recorded and playing live.

On the ‘15th’ of May 1953, Charlie Parker performed at the Massey Hall in Toronto, and  led what was billed as a modern Quintet that featured drummer Max Roach, bassist Charlie Mingus, pianist Bud Power and trumpeter Dizzy Gillespie. Sadly, the concert clashed with a televised heavyweight fight between Rocky Marciano and Jersey Joe Walcott and very few people saw this landmark performance by the Quintet that night. However, when the  album was released later in 1953 as Jazz At Massey Hall it was to critical acclaim and is now regarded as one Charlie Parker’s finest live albums.

Another Charlie Parker album released during 1953 was New Sounds Of Modern Music Volume 3. It featured six tracks that were recorded between September the ‘15th’ 1944 and September the ‘24th’ 1948. This included Bluebird, Bird Gets The Worm, Parker’s Mood, Steeplechase, Perhaps and Tiny’s Tempo. It was vintage Bird, and featured a musical master craftsman and bebop pioneer as he delivered six virtuoso performances. New Sounds Of Modern Music Volume 3 was the finest in the series so far.

There was just one more instalment in the series released, New Sounds Of Modern Music Volume 4 released by Savoy. It featured six Charlie Parker compositions that were recorded between the September ‘29th’ 1947 and ‘18th’ September 1948. This included Constellation, Merry Go Round, Riff Warmer, Barbados, Ah-Leu-Cha and Marmaduke, where Charlie Parker was backed by all-star bands and showcased his considerable skills. He was undoubtably one of the finest practitioners of bebop during his four year spell at Savoy.

That was despite being just twenty-four when he signed to Savoy. He was a prodigiously talented saxophonist who revolutionised jazz and should’ve enjoyed a long and illustrious career. Sadly, that wasn’t to be.

By then, Charlie Parker was in the throes of heroin addiction. And when he couldn’t find heroin he used alcohol to numb the pain. Still in this altered state of mind he was capable of recording some of his finest albums. However, when he was booked to play live he unreliable and started to miss shows. It got that some clubs stopped booking one of the giants of jazz. This was something they would regret.

On March the ’12th’ 1955, Charlie Parker passed away aged just thirty-four. That day, he had visited his friend and patron Baroness Pannonica de Koenigswarter who was staying at her suite in the Stanhope Hotel in New York. The saxophonist was watching The Dorsey Brothers’ Stage Show on television when he suffered a heart attack.

When an autopsy took place the official causes of death were listed as a bleeding ulcer, an advanced case of cirrhosis of the liver, lobar pneumonia as well as a heart attack. Although Charlie Parker was only thirty-four the coroner mistakenly estimated his age at between fifty and sixty years old.

Meanwhile, jazz was in mourning at the loss of one of a giant of jazz, Charlie Parker whose career had been cut tragically short.

Charlie Parker had recorded some of his best music early in his career when he was signed to Savoy between 1944 and 1948. These four years were among the most productive of Charlie Parker’s career and are documented on The Savoy 10-Inch LP Collection. During this period, Charlie Parker was at the forefront of the bebop moment and constantly created new, exciting, innovative and radical music for Savoy which was home to a musical revolutionary who introduced new harmonic ideas into jazz that changed the genre forever. 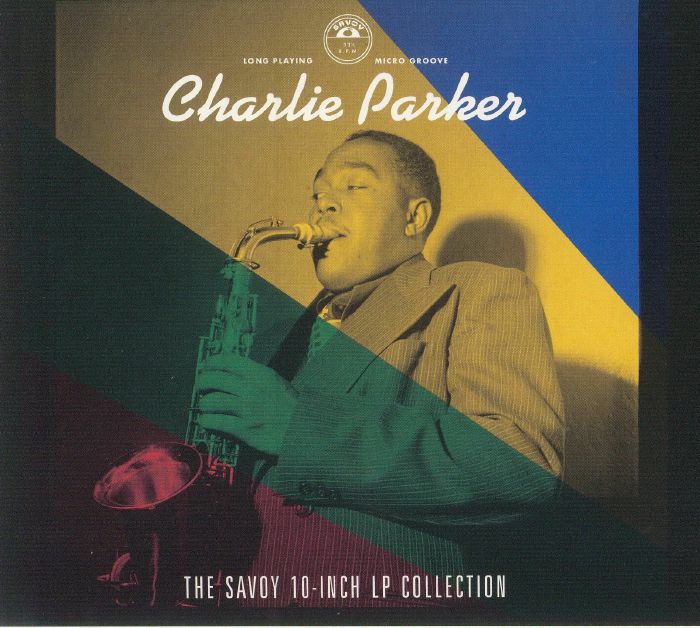