Bandleader, composer and trumpeter Don Ellis’ life was changed forevermore in 1974, when he was diagnosed with an abnormal heart condition, and a year later, in 1975, suffered his first heart attack which very nearly cost him his life. Fortunately, Don Ellis recovered and in 1977 signed to Atlantic Records.

Later in 1977, he  released his Atlantic Records’ debut Music From Other Galaxies and Planets. This was his first album in three years and was the start of the comeback of Don Ellis. His  comeback was complete after playing at the Montreux Jazz Festival, in Switzerland on July the ‘8th’ 1977. That concert was recorded and was released in 1978 as Don Ellis Live At Montreux and was a poignant release.

By 1978, all the years of touring were taking a toll on Don Ellis. After what was his final concert on April the ’21st’ 1978, his doctor advised him to stop touring and playing the trumpet as the strain on his heart was proving too great.

Sadly, just under eight month later, on December the ’17th’ 1978, Don Ellis returned from a Jon Hendricks concert and suffered what proved to be a fatal heart attack at his North Hollywood home. Don Ellis was just forty-four and that day, jazz lost one of its great trumpeters.

Just over forty-two years after his death and sadly , Don Ellis’ music is often overlooked by the majority of jazz fans, and only a small but appreciative audience remember a man who was one of the great jazz trumpeters. His career began  in 1956 and over the next twenty-two years his raison d’être was to innovate and take jazz in a new and different direction. A reminder of this truly talented bandleader, composer and trumpeter is his 1976 album Shock Treatment which nowadays is regarded as a cult classic. However, the story began ten years earlier.

As 1968 dawned, Don Ellis was already regarded as an innovative bandleader, composer and trumpeter within jazz circles due to his use of willingness to experiment, and particularly due to his use of different time signatures. This had been the case since he released his debut album How Time Passes in 1960. Eight years later, and Don Ellis was preparing to record Shock Treatment which was his ninth album and second for Columbia Records. It was the followup to Electric Bath.

In 1967, Don Ellis left Pacific Jazz after releasing three albums, and signed to Columbia which would be his musical home for the next five years. During that time, he would release six albums including his Columbia debut, Electric Bath.

Having signed to Columbia, Don Ellis was paired with jazz producer John Hammond and on the ‘19th’ of September 1967 he and his big band entered Columbia Recording Studios, in Hollywood, California to record what became Electric Bath. It took two days to record five tracks and by the end of the ‘20th’ of September 1967 Don Ellis had recorded his eighth album. It was a stylistic departure for the thirty-three year old trumpeter.

When Electric Bath was released later in 1967 it was to widespread critical acclaim. Critics and cultural commentators were won over by what was a groundbreaking album of fusion. Don Ellis  had been heavily influenced by rock and  incorporated electronics during the recording. The result was a breathtaking and exhilarating album of fusion that nowadays, is regarded as a genre classic. It was nominated for a Grammy Award and won the Down Beat Reader’s Poll. It was the perfect way for Don Ellis to start his career at Columbia.

Just like many artists who had released a groundbreaking, genre classic like Electric Bath, Don Ellis knew the difficult thing was following it up. He had set the bar high and knew this wasn’t going to be easy. However, he as keen to build on the success of Electric Bath, and began work on his ninth album Shock Treatment. 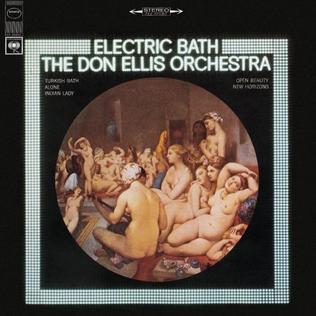 This included Hank Levy’s A New Kind Of Country and Mercy Maybe Mercy. The other two tracks were covers of Howlett Smith’s Opus 5 and Seven Up. These eleven tracks would eventually became Shock Treatment.

It took just two days to record Shock Treatment. Don Ellis and his twenty-four piece orchestra  recorded the eleven tracks on February the ’14th’ and ’15th’ 1968. It was an impressive sight and sound with the rhythm and horn sections combining with keyboards, percussion and Eastern instruments as bandleader Don Ellis played a starring role and  unleashed a series of  trumpet solos. Once again, John Hammond took charge of production on Shock Treatment, which was the much-anticipated followup to Electric Bath.

Shock Treatment opens with A New Kind Of Country which becomes funky, energetic and vibrant in the hands of Don Ellis and his orchestra who play part of a composition in 7/4 time. Briefly, the tempo drops on Night City, but soon builds and reveals its secrets as lysergic soulful harmonies combine with Don Ellis and his orchestra, and play their part in the sound and success of this genre-melting track. Straight away, the soulful blues Homecoming takes on a late-night sound, and is played in 3/4 time before  bandleader Don Ellis seamlessly changes to 7/4 time on Mercy Maybe Mercy where drummer Steve Bohannon provides the heartbeat as horns and Hammond organ play leading roles. Very different is Zim, which is a more ruminative piece, while Opus 5 finds Don Ellis and his orchestra showcase their versatility and talent by switching to 5/4 time during this nine minute modal jazz epic.

Star Children could only have been recorded during the late-sixties, with its captivating mixture of cosmic sounds, Eastern influences, drama and Don Ellis’ Hispanic-tinged trumpet interjections. The bandleader then switches to 7/4 time on Beat Me Daddy, Seven To The Bar and takes centre-stage for the first thirty-seconds before he and his orchestra combine jazz and Latin influences during this six-minute propulsive opus which eventually reaches an explosive crescendo. Milo’s Theme offers the opportunity for experimentation as Don Ellis plays electric trumpet and effects are deployed during this ambitious and innovative piece. Seven Up finds Don Ellis returning to 7/4 time during this dazzling, jaunty and lively composition. Closing Shock Treatment is The Tihai which is played in 9/4 time and initially is mellow before becoming exuberant and ultimately a complex rhythmic piece that allows Don Ellis and orchestra to showcase their considerable skills while combining elements of jazz and Latin.

When critics heard Shock Treatment, they realised that it was an ambitious and innovative album. Don Ellis incorporated elements of blues, experimental music , funk,  fusion, Indian and Latin influences plus psychedelia  and rock into what was his ninth album. Shock Treatment which was Don Ellis’ much-anticipated followup to Electric Bath was the album that he hoped would transform his fortunes.

While Don Ellis was a popular live draw his albums never sold in vast quantities. That was the case with Electric Bath in 1967 and Shock Treatment when it was released in 1968. Sadly, it failed to trouble the US Billboard 200. That was despite Shock Treatment being another ambitious and innovative album and Don Ellis being one of the top jazz trumpeters. After nine albums, Don Ellis had still to make a commercial breakthrough. It must have been hugely frustrating for him.

Just ten years after the release of his cult classic Shock Treatment, Don Ellis passed away on December the ’17th’ 1978 aged just forty-four. That day, jazz lost one of its great bandleader, composer and trumpeter.

Sadly, just over forty-two years after Don Ellis’ tragic death his music is almost forgotten amongst jazz fans. His recording career began in 1960 and continued right up until his death in December 1978. During that period, Don Ellis released eighteen albums and composed nine soundtracks, including his Grammy Award-winning soundtrack to The French Connection in 1971. It’s a reminder of a truly talented bandleader, composer and musician.

So is Don Ellis’ 1968 cult classic  Shock Treatment which feature Don Ellis at the peak of his powers as a bandleader, composer and trumpeter. It’s the perfect introduced to Don Ellis whose music is oft-overlooked and sadly never reached the wider audience that it so richly deserved.

That is a great shame as Don Ellis was a talented, imaginative, inventive and innovative compeer and musician, but never enjoyed the success his talent deserved. Incredibly, even winning a Grammy Award didn’t transform Don Ellis’ fortunes, and although he was a popular live draw, cult classics like Shock Treatment and Autumn weren’t huge sellers and sadly slipped under the radar. Maybe one day that will change and Don Ellis will no longer be described as one of jazz music’s best kept secrets? 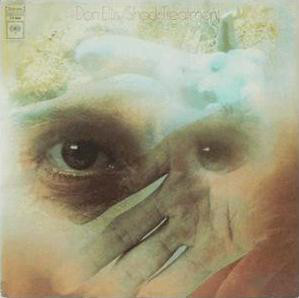